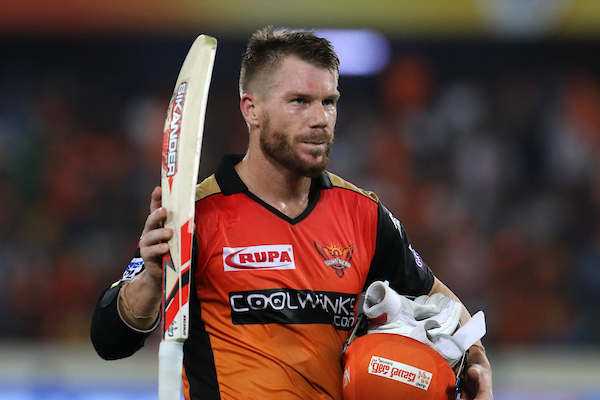 NOTE: All stats here are updated until 24 September 2020

Both teams did not get off to the best of starts with SRH losing to Royal Challengers Bangalore (RCB) by 10 runs in their previous match, while it wasn’t a particularly impressive beginning by KKR either as they lost to Mumbai Indians (MI) by 49 runs.

Going into this match, KKR have the better overall head-to-head record, having won 10, while SRH have managed just seven wins in 17 matches. However, SRH have had the slight advantage in recent times, having won three out of the last five matches. 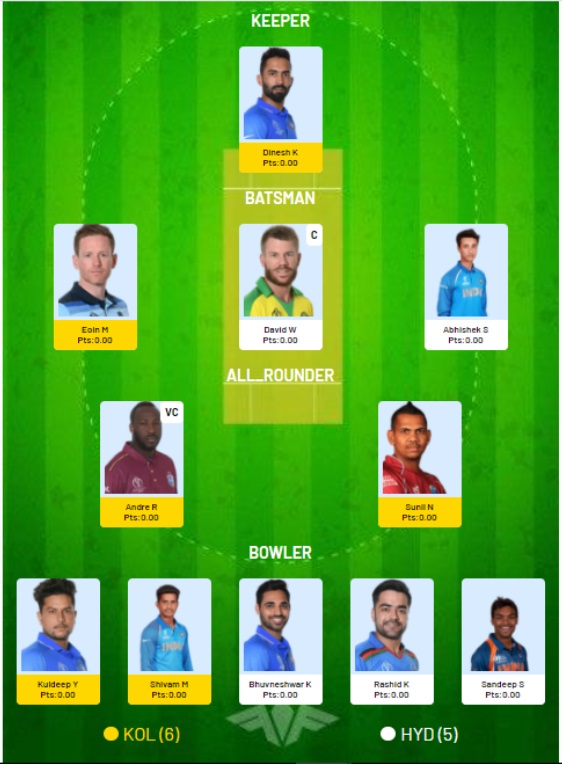 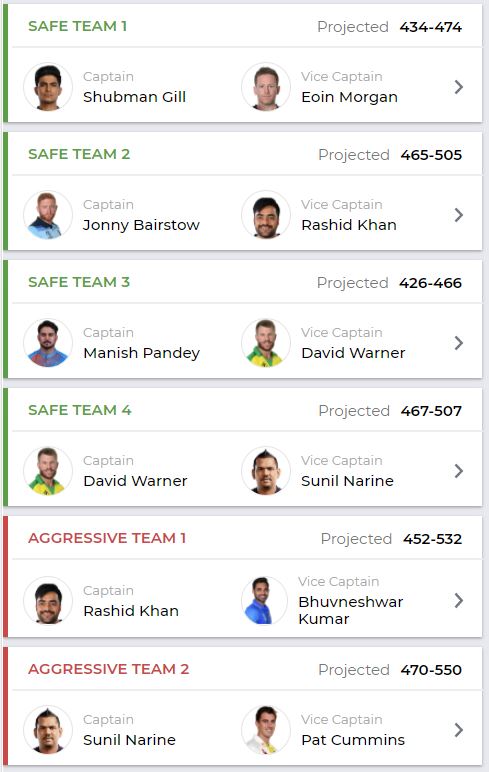 This will be the third match of IPL 2020 in Abu Dhabi. In the first match, Chennai successfully chased down 163, while in the second game, MI put on 195 and defended it quite easily.

Compared to the other two stadiums in UAE, where IPL matches are being played this season, bowlers find it hardest to get wickets at the Sheikh Zayed Stadium, picking up one every 19 deliveries in T20s played at the venue since 2018.

However, in the two matches at the venue so far in IPL 2020, batsmen have been marginally better, scoring at an average of 23.9, but at the same time, bowlers too have made inroads at more regular intervals, picking up a wicket every 17 deliveries. 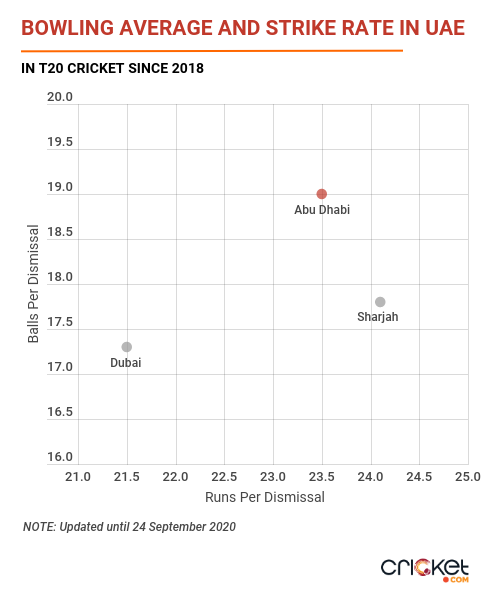 Just like the other two venues, spinners are economical, but it is the pacers who strike more regularly. It has been a similar case in the two matches at the venue this season too and one can expect the trend to continue in this match as well.

As far as the share in wickets is concerned, pacers have picked up nearly 61% of the wickets since 2018 in Abu Dhabi and have been more successful in every aspect other than the economy rate.

Spinners have conceded runs at just 6.7 per over, while pacers have gone at 7.6. With top-class spinners like Rashid Khan and Sunil Narine, among others at the disposal of both teams, it will be interesting to see if they continue to keep it up.

Having already played at the venue once, KKR will have a fair idea of how the surface behaves and will perhaps look to alter their plans accordingly. SRH, on the other hand, did not have enough experience in their middle-order which led to their batting collapse against RCB and the injury to Mitchell Marsh did not do them any favours.

An experienced candidate like Mohammad Nabi could not just be a valuable addition to their team but could fetch you a lot of fantasy points as well. Will he be the one to replace Marsh in the XI? Only time will tell. 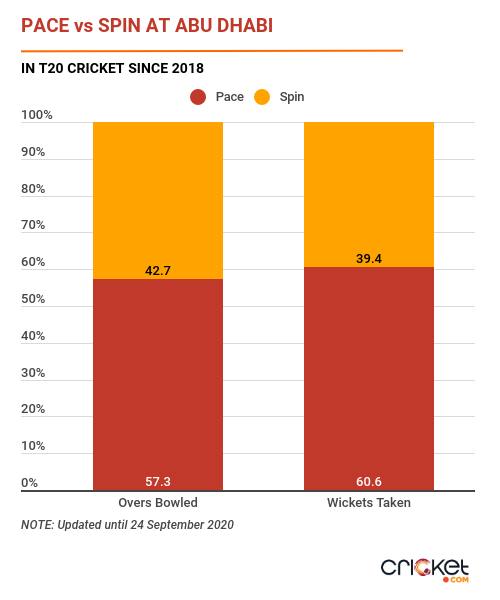 Nitish Rana has not been able to get the better of Bhuvneshwar Kumar in the shortest format till date. The southpaw has been dismissed twice by Bhuvneshwar and has scored at an average of less than 10 from five innings, which does not do justice to the talent Rana possesses. 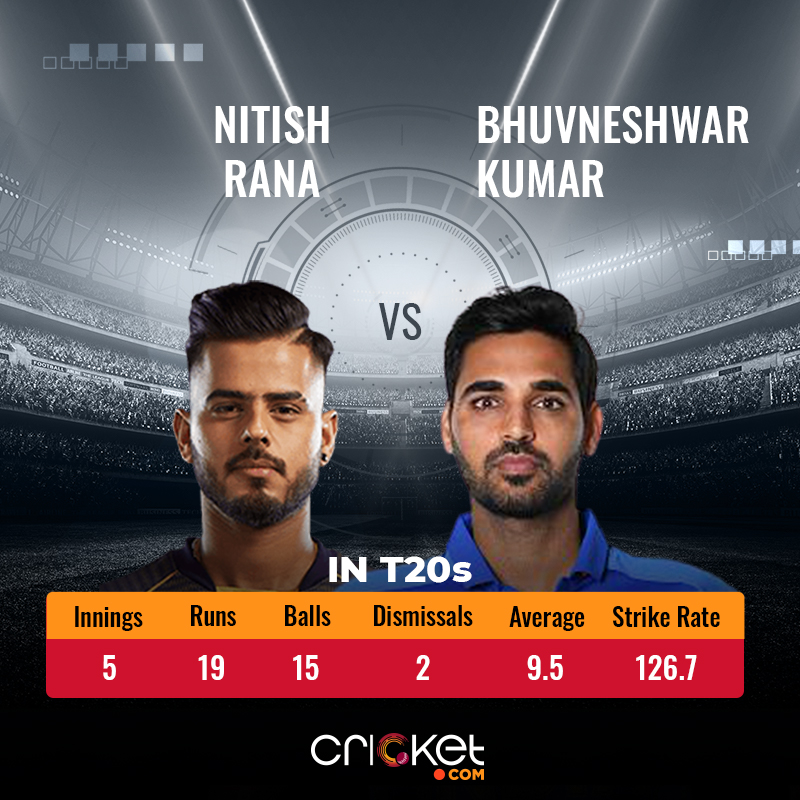 David Warner has completely dominated Sunil Narine in the IPL. The SRH captain has an overwhelming average of 70.5 and a strike rate of 162.1 against the mystery spinner. The West Indies spinner has dismissed Warner just twice in the tournament in the 12 innings that he has come up against him. While it looks one-sided, this could throw up an entertaining battle. 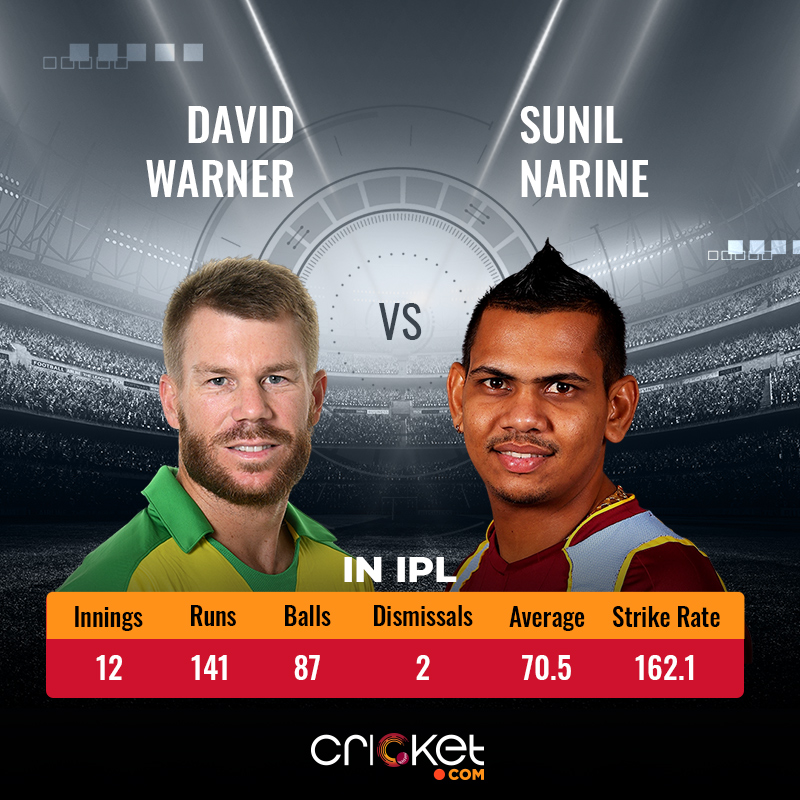 Rashid Khan is someone who builds pressure on the batsman – bowling economically and lets the pressure get to the batsman. Although he may not always get the wicket, his contribution certainly cannot be underestimated. Both Eoin Morgan and Rashid Khan will play a pivotal role, especially in the middle-overs. They have come up against each other just thrice in T20s and the leg-spinner has dismissed the England batsman just once. Morgan has scored at a strike rate of 112, which could very well be the way he goes about things in this match as well. 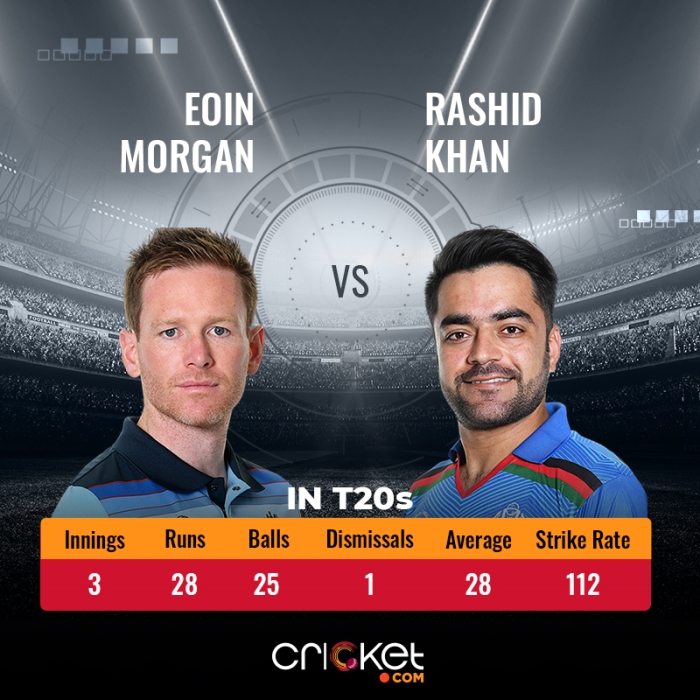 David Warner was unfortunate against RCB to get run-out at the non-striker’s end, but that does not change the fact that he has been one of the most consistent batsmen in the IPL over the years. The SRH captain has more often than not led from the front and it could make sense for you to have him as the captain of your fantasy team. Among batsmen who have scored at least 500 runs in the IPL since 2018, Warner’s average of 63.45 is the highest after MS Dhoni’s 81.82.

Our Criclytics player projector predicts Warner could score 15-38 runs in this match.

Over the years, Andre Russell has shown his true all-round prowess in the KKR jersey. He had an off-day against MI, but make no mistake, on his day, Russell is as dangerous a player you are likely to see. His batting strike rate of 194.2 in the IPL since 2018 is the highest among batsmen who have scored at least 100 runs in this period. Russell has also scored 537 runs in the IPL since 2018 at the death, which is the highest after Dhoni (591).

Talking about his bowling skills, the pacer has picked up 25 scalps at 16.4 in this period.

Our Criclytics player projector predicts Russell could score 10-27 runs and could pick up 0-1 wickets in this match.

Sunil Narine is a priced asset to have in the team, especially in the Powerplays – not just with the ball, but also with bat in hand. In the first six overs since 2018, among those who have scored at least 150 runs, Narine strikes at 185.5, which is the best. In the aforementioned period, Narine’s eight wickets in the Powerplay is the best among spinners after Harbhajan Singh (11).

Rashid Khan did not taste success in the first game against RCB, but he cannot be kept out of the game for a long time. Known for his impeccable line and length to go with his many variations, Rashid is someone who you cannot miss out on having in your fantasy team. He is most dangerous in the middle-overs – a phase in which he has picked up 25 wickets in the IPL since 2018, the most after Imran Tahir (30).

36.6% of his deliveries have also induced false shots, which is the most between overs 7 to 15 since the beginning of IPL 2018, among bowlers who have picked up at least five wickets. His cameos down the order too can fetch you some valuable points.