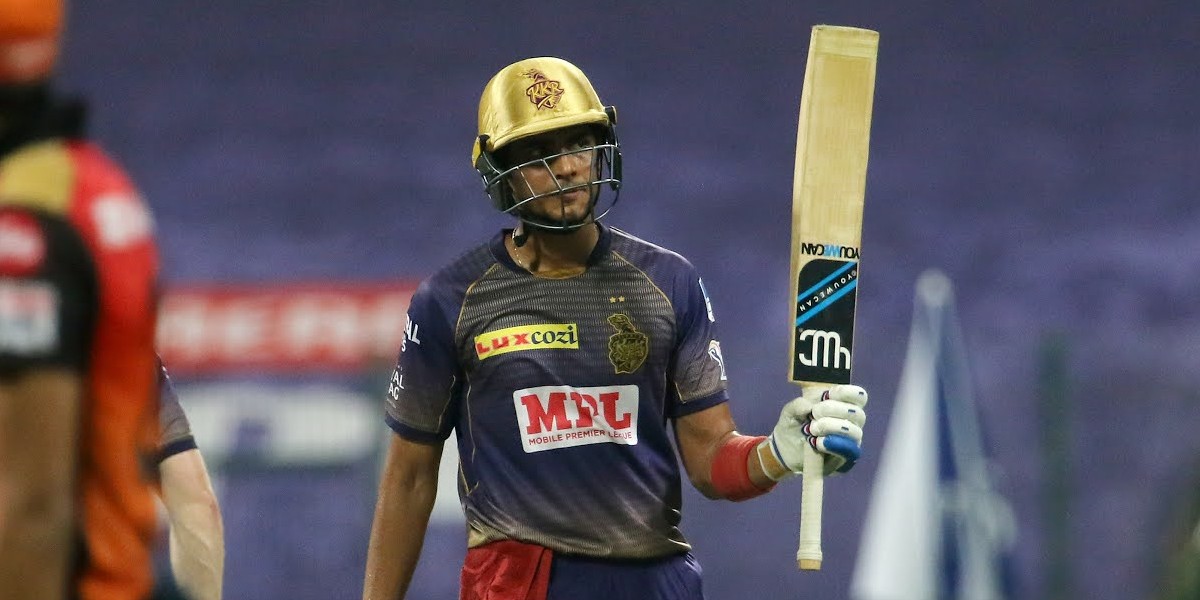 After KKR restricted SRH to 142, the young opener crafted a steady fifty to propel KKR to a seven-wicket win

There's a reason why the Kolkata Knight Riders team management has delegated some “leadership responsibility” to young Shubman Gill, as the 21-year-old is level-headed and much more mature than players of his age. The right-handed opener displayed all those qualities against Sunrisers Hyderabad and played a massive role in Kolkata's seven-wicket win in Match No. 8 of the Indian Premier League 2020 in Abu Dhabi on Saturday (September 26).

Earlier, Hyderabad became the first team to bat first after winning the toss. Manish Pandey (38-ball 51) smashed a solid half-century, but the other Sunrisers Hyderabad batsmen "lacked intent" and could only manage 142 for four in their 20 overs. In response, Gill scored a steady 62-ball 70 and added an unbeaten stand of 92 with Eoin Morgan (29-ball 42*) to help Kolkata chase down the total in 18 overs. SRH are now the only franchise who are yet to open their account in the points table.

SRH openers Jonny Bairstow and David Warner played risk-free cricket at the start but at the same time, Pat Cummins (1/19) was outstanding with the new ball. Warner didn't allow Sunil Narine to settle in but Cummins bowled with the wind and used it to perfection. The Australian paceman made life extremely difficult for Warner and Bairstow (5) and eventually knocked over the latter with what looked like an off-cutter.

Cummins, who didn't get the new ball against Mumbai Indians, only conceded 11 in his first three overs but Hyderabad kept the scoreboard moving by going after other bowlers. Manish Pandey forced Shivam Mavi out of the attack by thumping him for a six, and the Kolkata skipper Dinesh Karthik straightaway brought in Kuldeep Yadav and Varun Chakravarthy (1/25) after the Powerplay. Playing his first game of the season, Chakravarthy was brilliant with his variations and also got the all-important scalp of Warner who was looking comfortable in the middle.

The mystery spinner from Tamil Nadu, who was whacked all around the park on his IPL debut last season, bowled with great control and dismissed Warner just after the strategic timeout for a 30-ball 36. This was only the third time Warner had got out to a spinner in IPL since 2019. That's when Wriddhiman Saha walked in to bat but the wicketkeeper-batsman struggled big time and that put extra pressure on Pandey who was scoring at a pretty good rate.

Batting Saha in the middle-order was always going to be dicey considering he has operated at a strike rate of just 92.2 after the end of six overs in T20s since 2019. Meanwhile, in the Powerplay, he scores at 164.4. Saha was on 16 off 23 before he finally managed to break the shackles by smashing Chakravarthy's final delivery for a maximum over deep mid-wicket. While Saha looked far from his best, Pandey was fluent. The right-hander from Karnataka was solid against both pace and spin and brought up his fifty in the 17th over.

Pandey however couldn't carry on and was caught and bowled in the 18th over. The SRH were in desperate need of a late flourish but Shivam Mavi and Andre Russell mixed their pace and length to perfection and didn't allow Hyderabad to gain any momentum. Saha took 31 deliveries to score his 30 runs which hurt Hyderabad big time. Mohammad Nabi did score a couple of boundaries to get Hyderabad past the 140-run mark but at no point they managed to put pressure on the Kolkata bowlers.

In reply, Kolkata lost Narine for a duck but Shubman Gill and Nitish Rana looked in exquisite touch from the word go. Gill got the ball rolling with a superb flick before tonking Khaleel Ahmed for the first six of the innings. Gill then took the back seat and allowed Rana to dictate terms. The left-hander crafted Bhuvneshwar Kumar for two boundaries through the off-side in his first three deliveries before clobbering Khaleel for three consecutive boundaries to help Kolkata race to 38 for one at the end of four overs.

Just when it looked like Rana would take the game away from Hyderabad, T Natarajan had him caught behind for a 13-ball 26. Before the dust had settled, Kolkata lost Dinesh Karthik for a duck, with Rashid Khan pinning him right in front of the stumps. The required run-rate was never going to be an issue and Gill batted with tremendous maturity and formed a solid stand with Morgan. The latter took his time at the start, before finally cutting loose once he got his eye in.

The left-hander sliced Bhuvneshwar for an eye-pleasing six over extra covers before finishing things off with a consecutive six and a four. Morgan might have scored the winning runs but it was Gill who batted with a lot of composure and only left the field when the job was done.