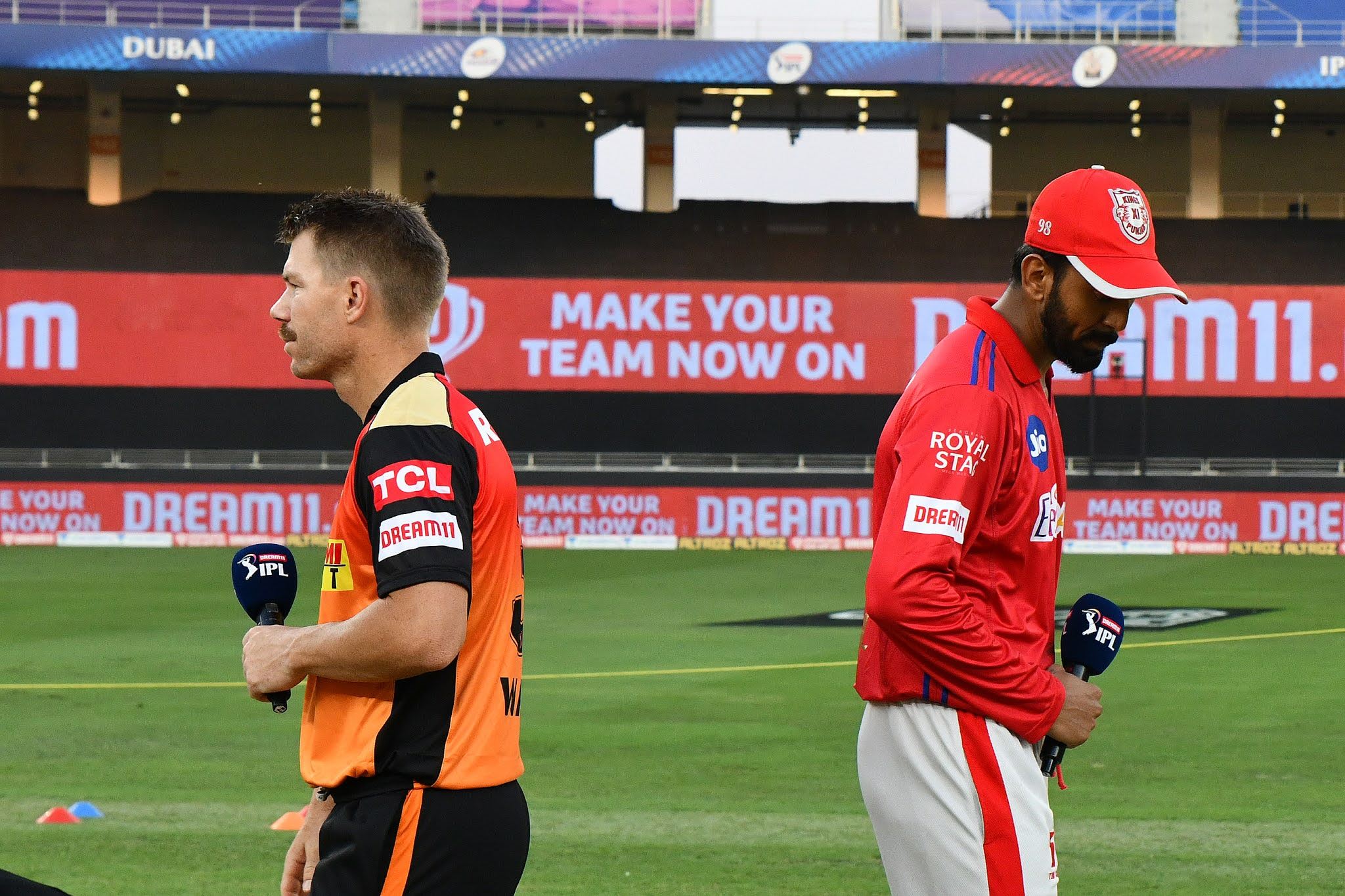 Both teams have 8 points each in 10 games

Both teams have faltered and both teams have picked themselves up. With virtually, only one spot left to be sealed for the Playoffs, the two teams who will be battling with each other in Match 43 of IPL 2020 - Kings XI Punjab and Sunrisers Hyderabad - are still in contention for the fourth spot. Given both sides have acquired eight points each in 10 games, this contest effectively carries a four-point swing as the winning team will also deny the other contender two crucial points. Hence, this is the most important of the four double-header matches on the weekend.

Talking about picking themselves up, SRH, after being up and down defeated Rajasthan Royals in a dominating manner. On the other hand, KXIP have left behind the disappointment of losing five games in a row. From a position where they were neglected by experts and fans, they have won three on the bounce - defeating top of the table teams in Bangalore, Mumbai and Delhi.

Examining KXIP’s string of victories, one can say they have just got hold of the tournament. Troubled by weak bowling, KXIP have batted second in all these wins.

In the first half of the league stage, the side batting second won only seven out of the 28 games. In the second half to date, the team batting second has emerged victorious in nine out of 12 matches. There has been a clear shift which has aligned perfectly to cover the blemishes in their bowling with a batting line-up which has been emboldened by the inclusion of Chris Gayle.

Moreover, KXIP have shown improvement in the death bowling department. They are still the most expensive death bowling unit in the tournament - 12.4 runs per over - but have gone at less than 10 per over twice in their last three games. While the young Arshdeep Singh is a great addition to the squad, Mohammed Shami has risen as the leader of the bowling attack.

In the Super Over, he defended 6 runs with a fusillade of yorkers and employed the same tactic against Delhi. Overall, in the last two games, Shami has conceded only 28 runs in his four overs at the death, thus keeping the opposition bereft of the momentum at the back end of the innings. SRH, on the other hand, has been lacklustre scoring at only 9.6 per over - the lowest run-rate amongst all sides at the death.

If KXIP continue to execute their plans right, they can kill the game against SRH in the last five overs with the ball.

The middle-order coming to the fore

After bottling many run-chases in the first half, KXIP have been solid while batting second in their last three matches. The key has been their middle-order. Nicholas Pooran was adding value but Gayle’s presence has covered up for Glenn Maxwell’s underwhelming returns in the middle-order. 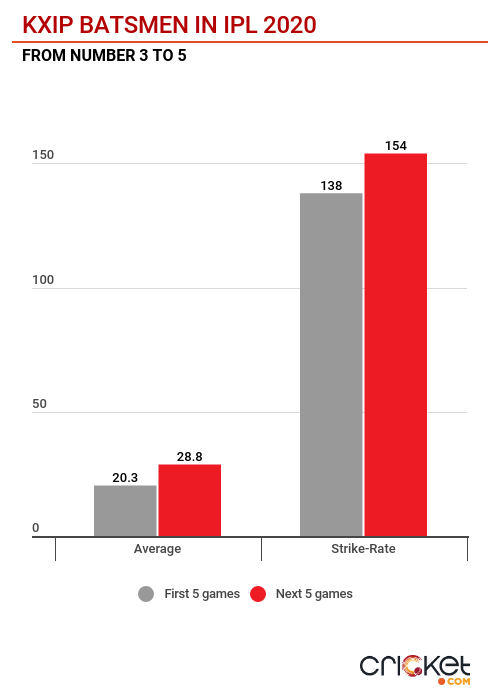 SRH would also feel they have ticked a few boxes with Manish Pandey and Vijay Shankar delivering a match-winning partnership against Rajasthan.

SRH openers continue to be a worry

What makes Pandey’s form critical for SRH is Kane Williamson’s unavailability and the mixed outcomes from the opening duo - Jonny Bairstow and David Warner. They will take heart from their 160-run stand, the last they put on more than 25 for the first wicket, which came against the same opposition at the same venue.

Warner has been out of touch this season but will fancy his chances against KXIP, a side against whom he has now notched up nine 50-plus scores in a row. Bairstow has looked better than Warner but has been out against incoming deliveries from pacers. Out of his five dismissals in the Powerplay, thrice have been against the ball moving in. Shami sits up nicely to exploit the shortcoming.

SRH’s bowling depends heavily on Rashid Khan. The KXIP batting has been renovated with Gayle in the XI. Everyone will hope the two turn up against each other. The record between the two superstars of T20 cricket is akin to an immovable object versus an unstoppable force. 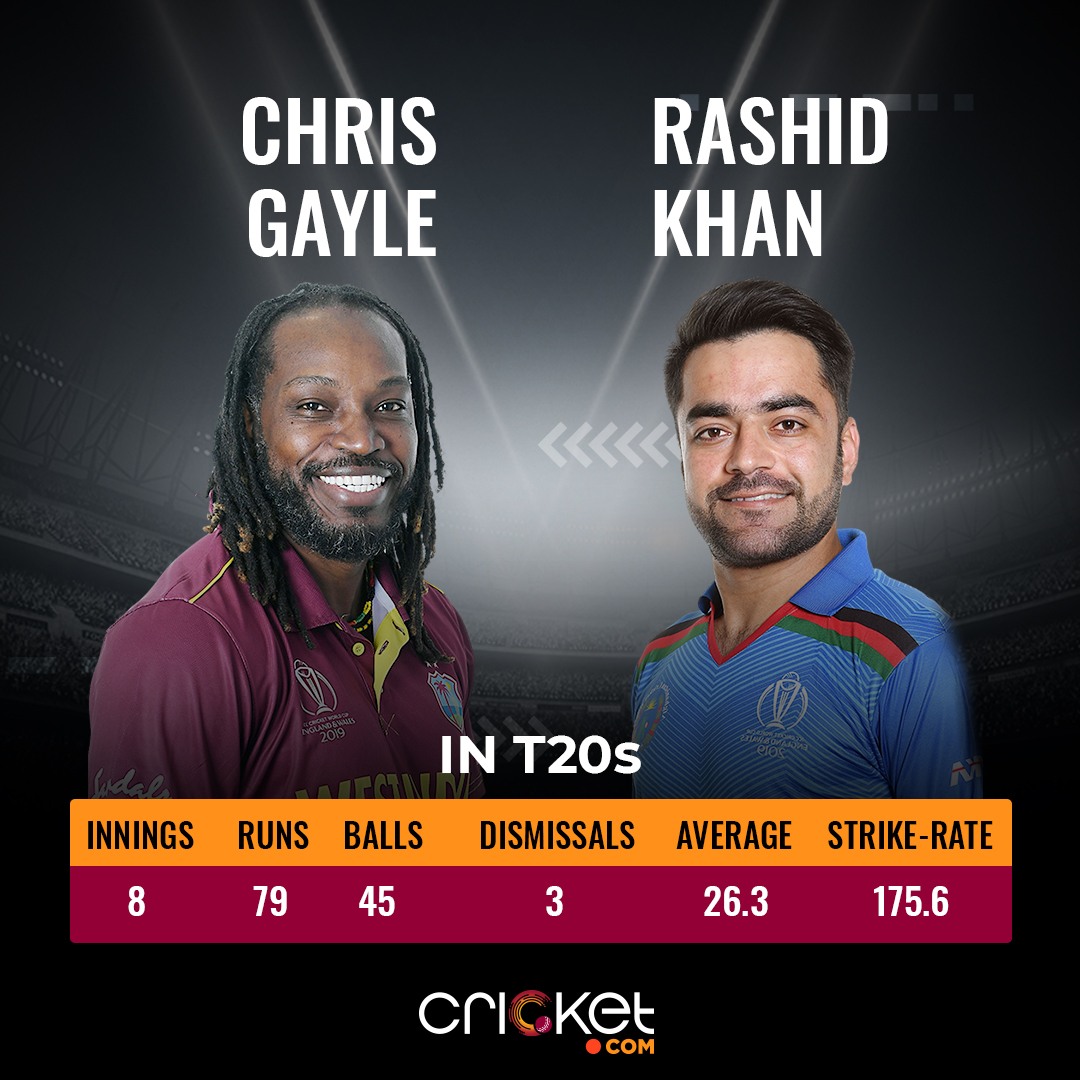 Gayle has struck Rashid at 175.6 but has been dismissed thrice by the legspinner. In IPL, Gayle has scored 43 runs from 19 balls faced by Rashid, getting out only once. Whichever way this battle goes, it is unlikely that Gayle will try to see Rashid off, as it has been the case with other batsmen.

Winning their previous games in a resounding fashion, both teams are expected to field the same XI. 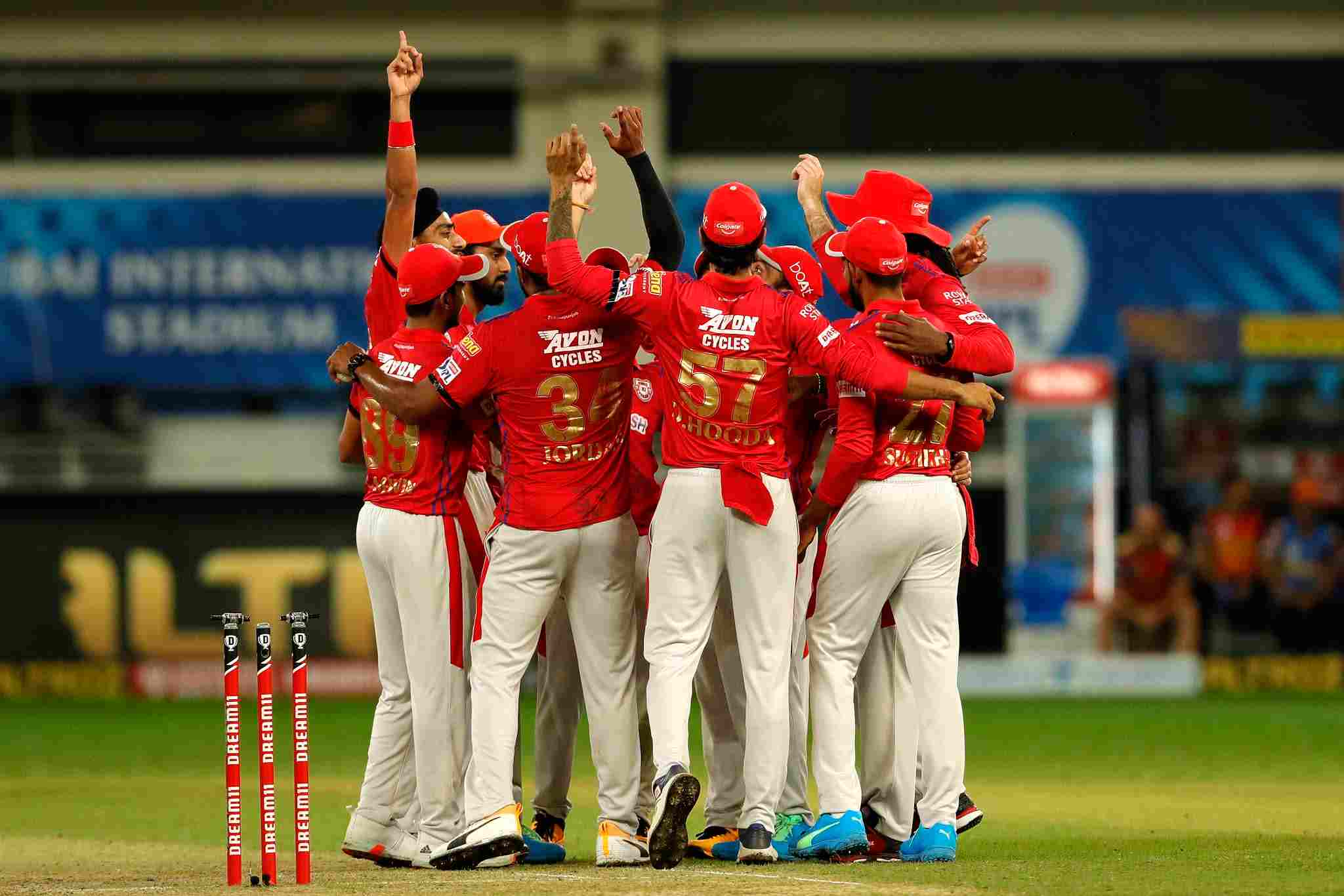 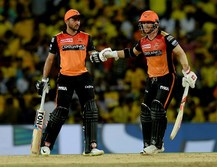