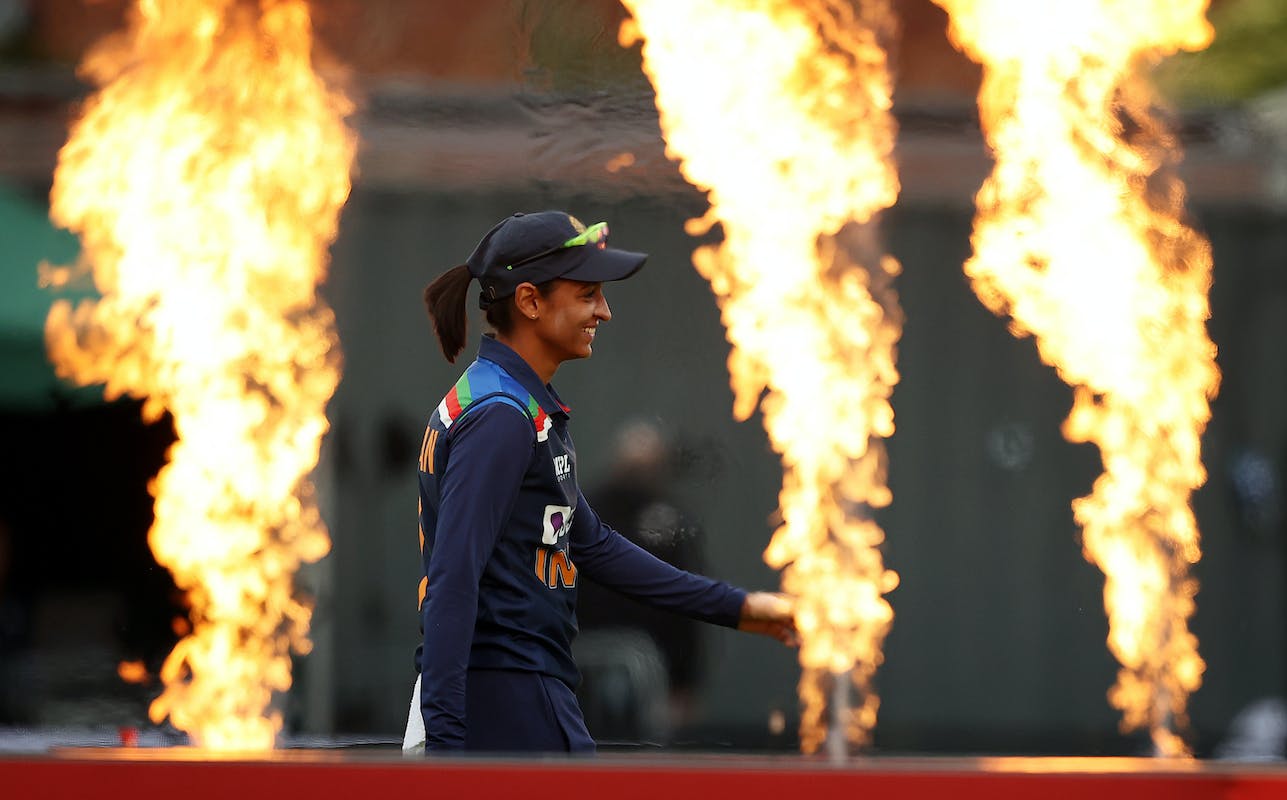 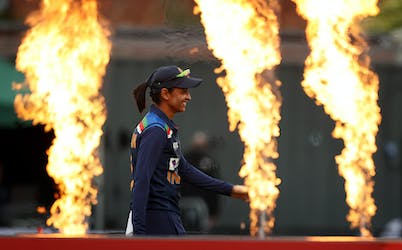 With only two series' before the T20 World Cup early next season, the five-match series is an ideal platform for the sides

December is about to get merrier for all of us!

Two of the most dominant sides in women's cricket, India and Australia are all set to rekindle their rivalry, with an exciting five-match T20I series, beginning December 9 (Friday), in Mumbai.

Over the years, the two sides have been involved in some riveting fixtures that have ebbed and flowed and enthralled millions of people across the globe.

While the Southern Stars have always emerged victorious, especially in the summit clashes of the iconic tournaments, the Women in Blue will be itching to turn things around in this series and the T20 World Cup to follow early next season in the land of the Proteas.

With the unavailability of Meg Lanning and the retirement of Rachael Haynes, it is fair to say that the visiting side are in a rebuilding phase, with Alyssa Healy leading the side ably supported by Tahlia McGrath.

And not surprisingly, with the two stalwarts of Australian cricket missing, for the first time in a decade, the visiting side do not start the series as the firm favourites.

While the Indian team looks fairly settled, a couple of days prior to the start of the series, the Women in Blue are without a head coach as Ramesh Powar has been moved to the National Cricket Academy as part of the restructuring module of the Board.

Well, two months before a global event, this move is sure to raise plenty of eyebrows, primarily because of India's success in the Commonwealth Games and their dominant triumph in the Asia Cup.

However, with changes in the personnel on both sides before this high-voltage series taking centre stage, it will be interesting to see the tactics deployed by them once they set foot at the DY Patil stadium for the first game.

Opening combinations on opposite ends of the spectrum

One of the significant reasons for India's dominance in the shortest format in the last couple of years has been the splendid opening partnership of Smriti Mandhana and Shafali Verma at the top of the order.

The duo have been pivotal in laying a solid foundation for the Indian side with the bat and amassed 737 runs in 24 innings at an average of 30.7, including six fifty-run partnerships, the best among openers since the last edition of the T20 World Cup. 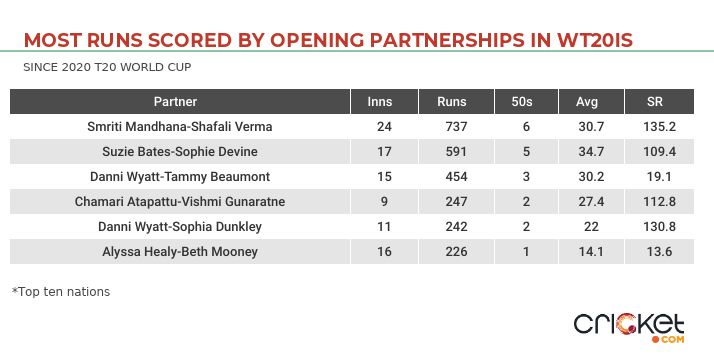 While the Women in Blue have their opening combination sorted and firing all guns blazing, the same cannot be said about their counterparts, as Alyssa Healy and Beth Mooney have struggled to get going and managed to score 226 runs in 16 innings at an average of 14.1.

With Lanning and Haynes not in the playing XI, Australia lack the experience, and the onus of the side will rely heavily on their newly-appointed skipper, Healy and Mooney, to shoulder the bulk of the responsibility of the side.

And while we are on the topic of experience, the defending champions have an important dilemma on how to slot Ellyse Perry fit in the playing XI in the T20 side. 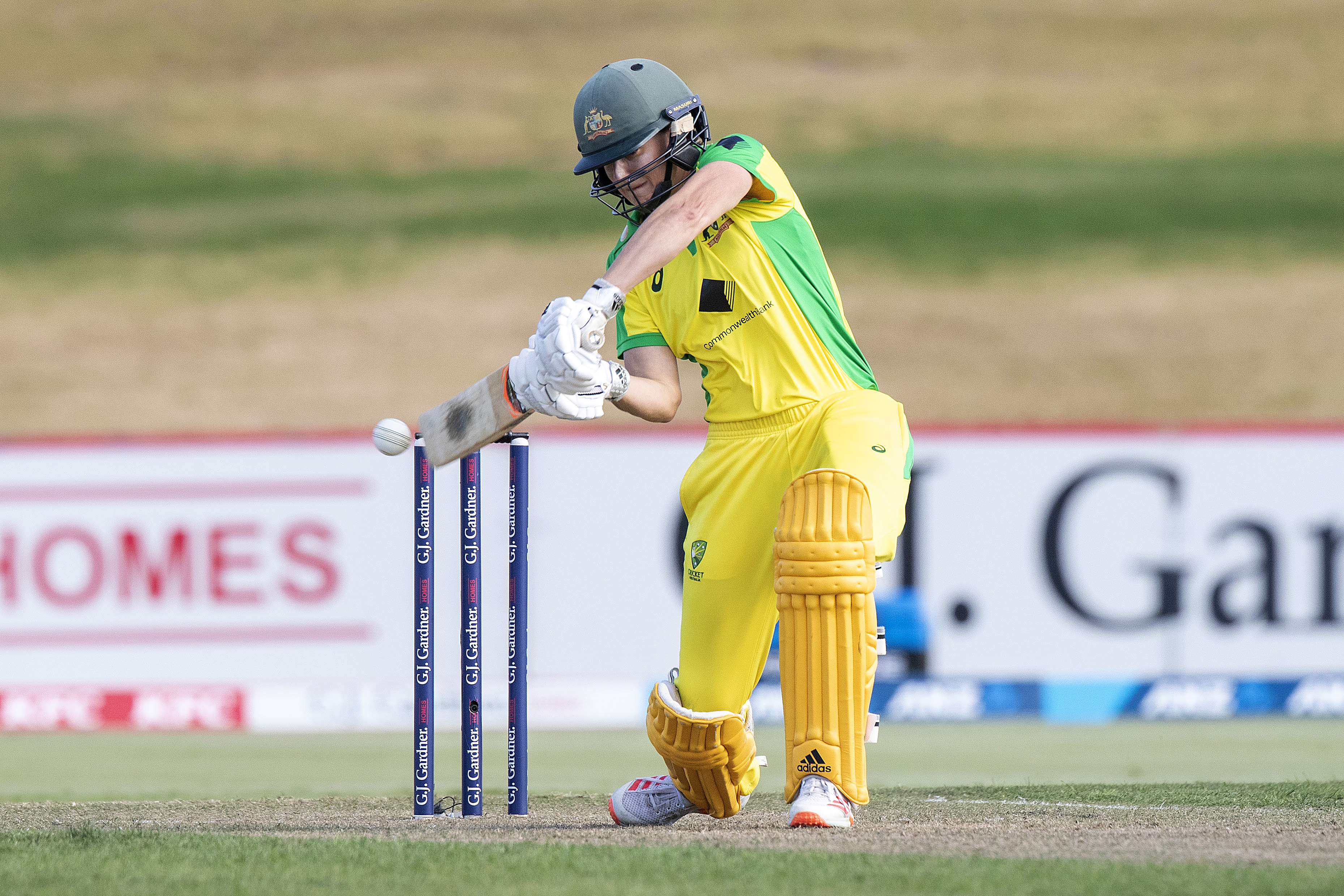 The 32-year-old is arguably the best all-rounder to play the sport and has been the catalyst behind the steady rise of the women's game. However, she has been plagued by injuries in recent times, and her batting has failed to give the Australian innings some impetus down the order or in the back end of the innings.

The right-handed batter is the leading run-scorer in this edition of the Women's Big Bash League, with 375 runs in 12 innings at an average of 41.6 and a strike rate of 121.36.

In an ideal situation, Perry would walk into the playing XI for the first game, but with lack of left-handers in the middle order after the retirement of Haynes, Australia would be tempted to give Phoebe Litchfield a go to add more variety to their batting unit and also keep an eye on the future.

The Women in Blue enter this high-voltage series with one major issue to ponder: Find a finisher.

In the last couple of series, Harmanpreet Kaur and the team management assigned this crucial role to hard-hitting batters Pooja Vastrakar and Kiran Navgire.

With Navgire dropped for this series owing to poor performances at the international level, along with an underwhelming Challenger Trophy and Vastrakar out because of injury, it will be interesting to see who is going to be India's finisher heading into the World Cup.

The summit clash of the Commonwealth Games highlighted this glaring issue as India crumbled after the dismissal of Jemimah Rodrigues and Harmanpreet Kaur in pursuit of 162 runs.

The team have been bolstered by the return of Devika Vaidya and Harleen Deol, but the duo are more suited for the middle order rather than the back end of the innings. With the five matches being an ideal curtain-raiser for the iconic event, India would hope to work on this minor chink in their armour and aim to clinch the elusive world title.