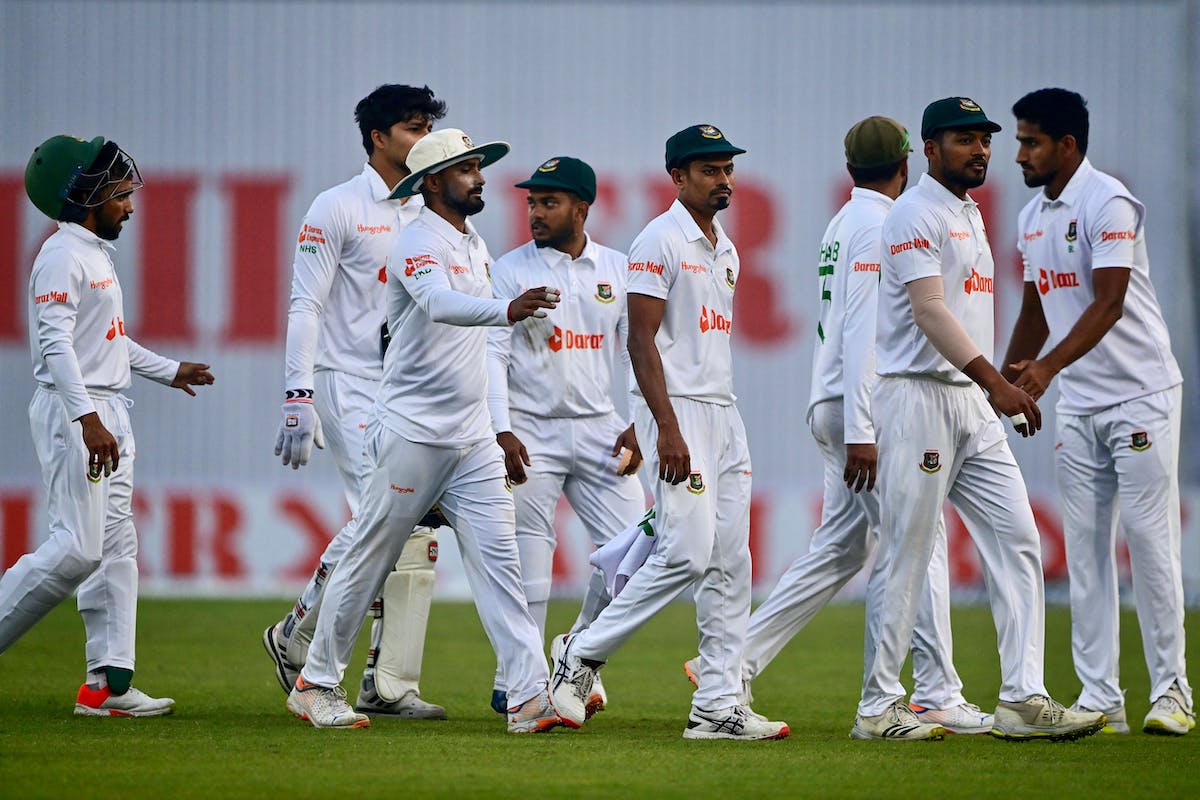 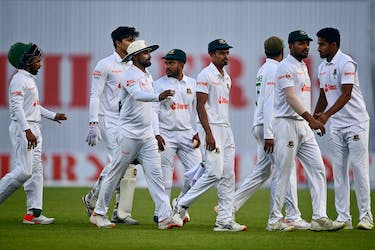 Litton Das believes Bangladesh have all the chance to record their first ever Test win over India in their 13th encounter after reducing the visitors to 45/4 on the third day of the second Test in Dhaka.

After setting India 145 to win, Bangladesh spinners Shakib Al Hasan (1-21) and Mehidy Hasan Miraj (3-12) struck in quick succession in the final hour on Saturday. Litton, who made 73 in the second innings, felt that two more wickets early on day four can put Bangladesh in a winning position.

"Of course it's possible to win, if we can pick one or two wickets early in the morning it's possible. Definitely we are ahead at the moment and they are under pressure. If tomorrow we come with a good plan, definitely they will break down. That's our goal. We need to win," he said in the press conference at the end of day's play.

"We always know how hard it is to bat in the fourth innings in Mirpur. We knew that we had to give them a 200-220 target but the score that we actually put up, they still need 100 and it is still difficult. They will be under pressure if we take one or two quick wickets tomorrow. I think this target is enough for a win," he added.

However, Litton is aware that India still have Rishabh Pant waiting to come on, who top-scored with 93 in the first innings.

"If Rishabh bats like he usually does, it will be difficult. The scenario will change. We are bowling well, and the pitch is helping us. Let's see what happens," Litton said.

Litton's partnerships of 46 with Nurul Hasan (31) and 60 with Taskin Ahmed (31 not out) proved to be crucial in Bangladesh adding extra runs at the end.

"When Miraz came to bat I told him that it's not the kind of surface where one can defend and stay for a long time. You have to counter attack. Miraz couldn't do it but I said the same thing to Sohan (Nurul) bhai. The time he spent brought vital runs no matter how long and then I told Taskin the same thing," Litton explained.