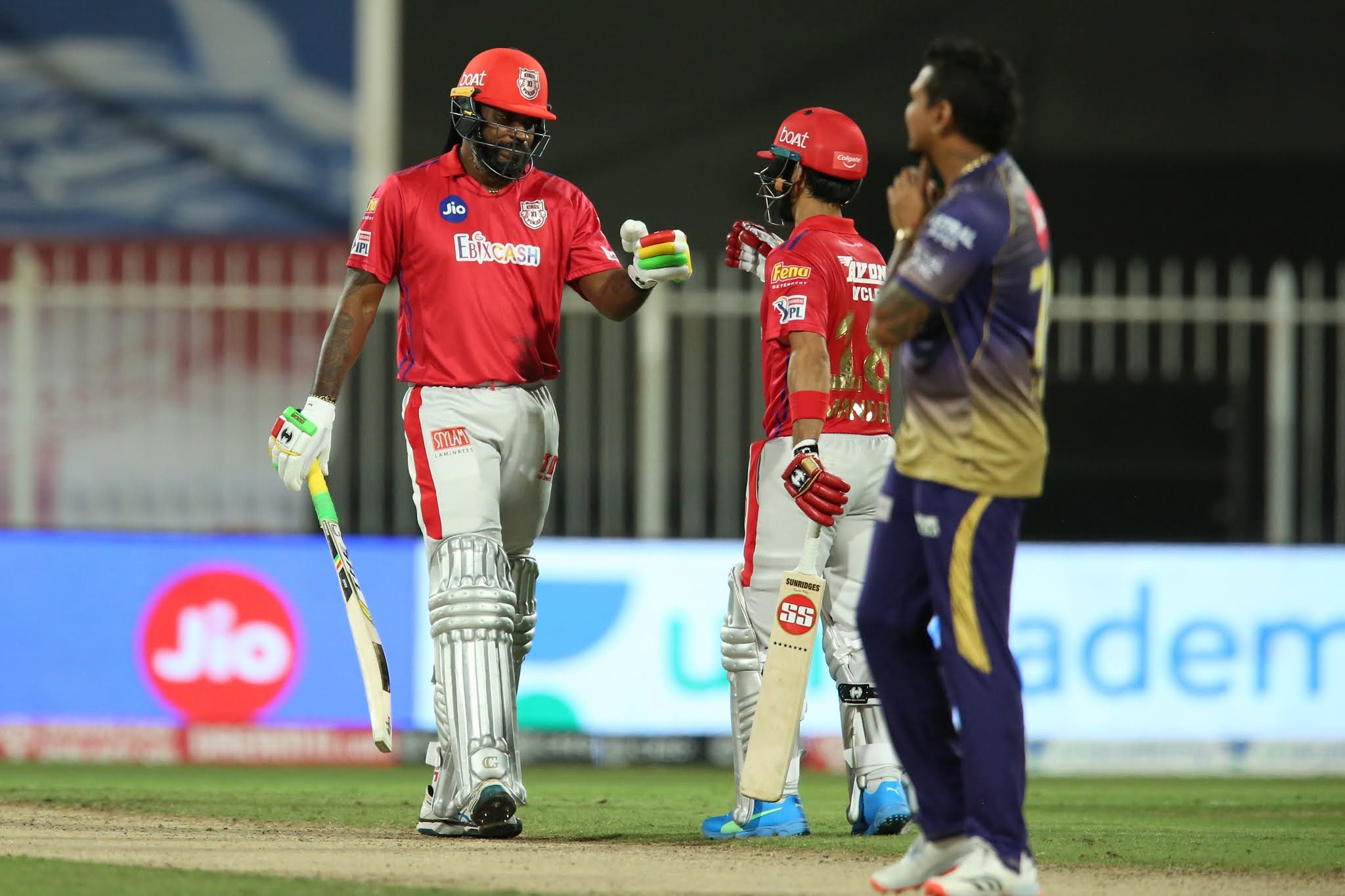 In the last two seasons, Kings XI Punjab lost six and five games respectively in the second half of the league stage to fall out of the Playoff contention after a great start to the tournament. This year, they are following the reverse script. In Match 46 of IPL 2020, they have handed Kolkata Knight Riders a crushing 8-wicket defeat, with seven balls to spare.

The Universe Boss, Chris Gayle took the centre stage ensuring there are no hiccups in the run-chase. When he arrived to bat, KKR were building the platform to strangle KXIP. They conceded only 13 runs between over six to eight. On the last ball of the eighth over, Varun Chakravarthy snaffled the key wicket of KL Rahul, trapping the right-hander in front of the stumps.

Generally a slow starter, Gayle threw caution to the wind pretty early tonight, smacking two sixes by the time he was five balls into his innings. Starting against spin instead of quality pace could have played a part, especially on the small ground of Sharjah. KKR may rue introducing Lockie Ferguson as late as the 11th over of the innings. By the time Ferguson got the ball, Gayle had already raced to 20 off nine balls.

Fancying facing spin, Gayle did not bother about his match-up against Sunil Narine’s mystery spin as well. More importantly, his aggressive approach allowed Mandeep Singh to construct a chanceless fifty from the other end. Mandeep stayed unbeaten on 66 from 56 deliveries. The two batsman razed off one-third of the target in a 100-run stand for the second wicket which came off 61 balls.

By the time Gayle was out in the 19th over of the innings, KXIP were only three runs away from the finish line.

KXIP tightening the screws with the ball

The move to give the new ball to Glenn Maxwell worked wonders as he handed the left-hander, Nitish Rana a first ball duck. Mohammed Shami pushed KKR further back in the next over picking two wickets. In a matter of three balls, he induced an outside edge off the bat of Rahul Tripathi and Dinesh Karthik. The over reduced KKR to 10 for three after an over from both ends.

Eoin Morgan and Shubman Gill instilled life into the innings with an 81-run stand off 47 balls. Their partnership was a sweet reminder of how the games at Sharjah panned out during the initial days of the tournament.

However, KXIP kept their calm. Ravi Bishnoi dismissed Morgan in the 10th over of the innings. Next over, it was Narine’s turn to walk back to the hut.

Having lost five wickets, KKR had their number seven, Kamlesh Nagarkoti at the crease too early into the innings. The pair of Bishnoi and Murugan Ashwin did the rest.

They bowled the next five overs in tandem, conceding only 13 runs for two wickets. 15th and 16th over of the innings is a mini-phase where the batting sides tend to accelerate but for KKR, it brought only one run and the wickets of Nagarkoti and Pat Cummins. Overall, the two spinners once again went at less than run-a-ball when you combine their figures together (8-1-47-3) 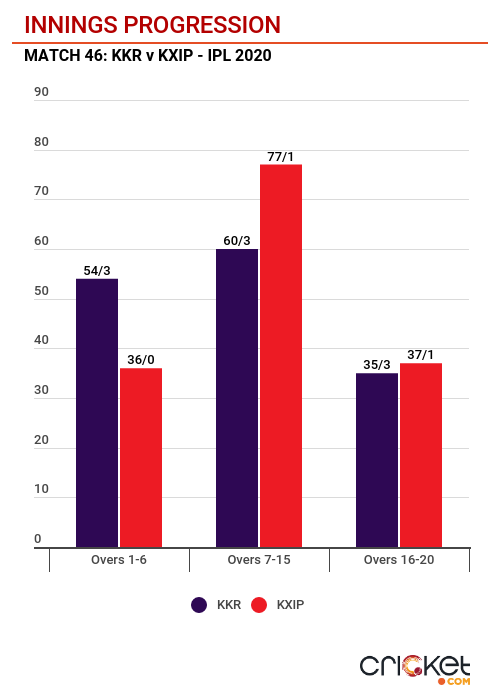 Gill was the lone warrior and perished soon after his fifty. Trying to pick the run-rate, he was caught at deep mid-wicket in the 19th over of the innings as Shami struck for the third time.

Shami found the perfect support in Chris Jordan who built on his man-of-the-match performance in the previous game. The seamer ended with figures of two for 20 bowling his full quota.

In the end, it took KKR an unlikely batting hero in Ferguson. It was his unbeaten 24 (from 13 balls) that stretched the total to 149. 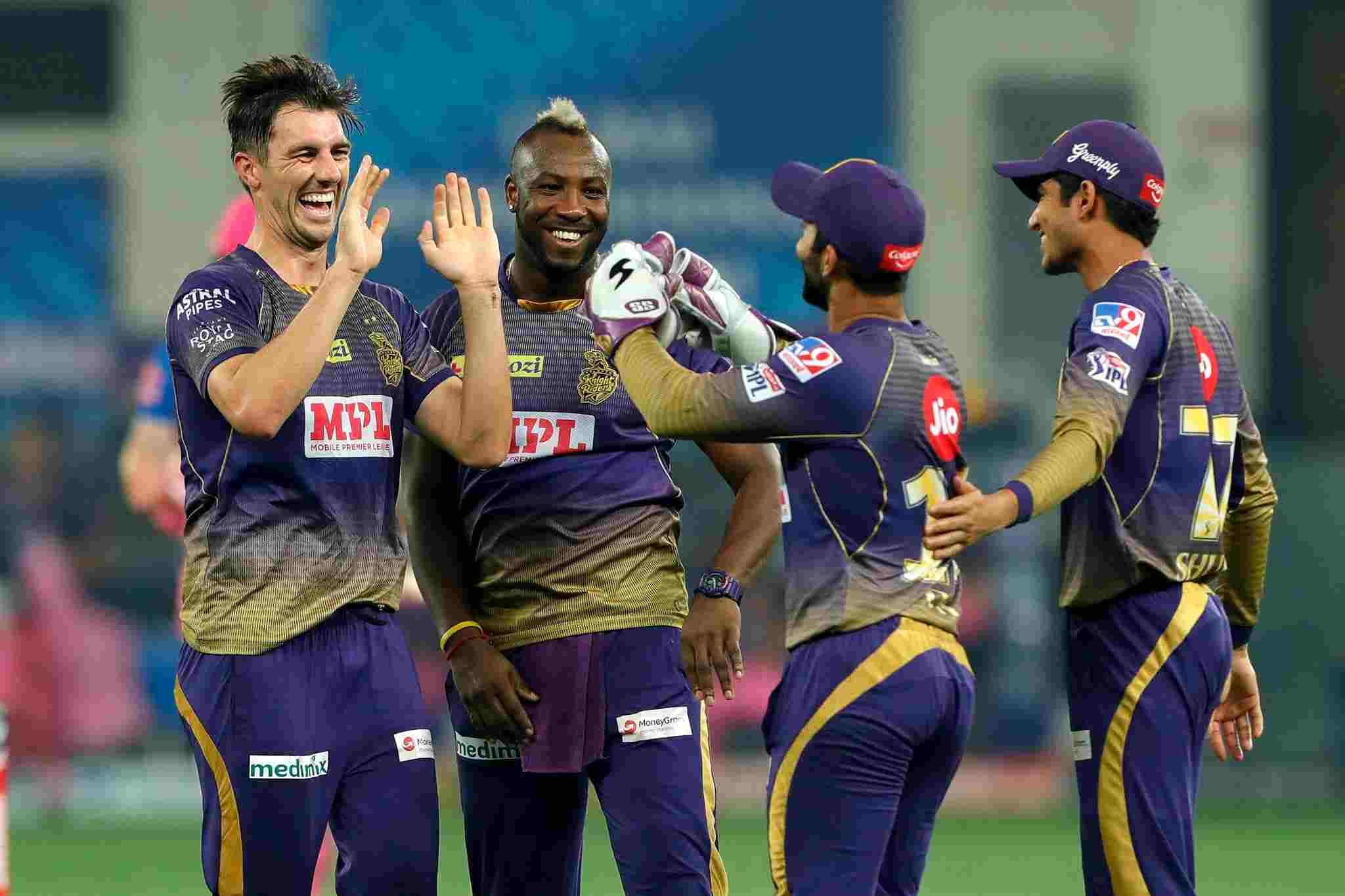 NEWS
Gayle greatest T20 player, he should never retire: Mandeep
KXIP, who had earlier lost five in a row, scripted a brilliant comeback and will face RR and CSK in their remaining two games 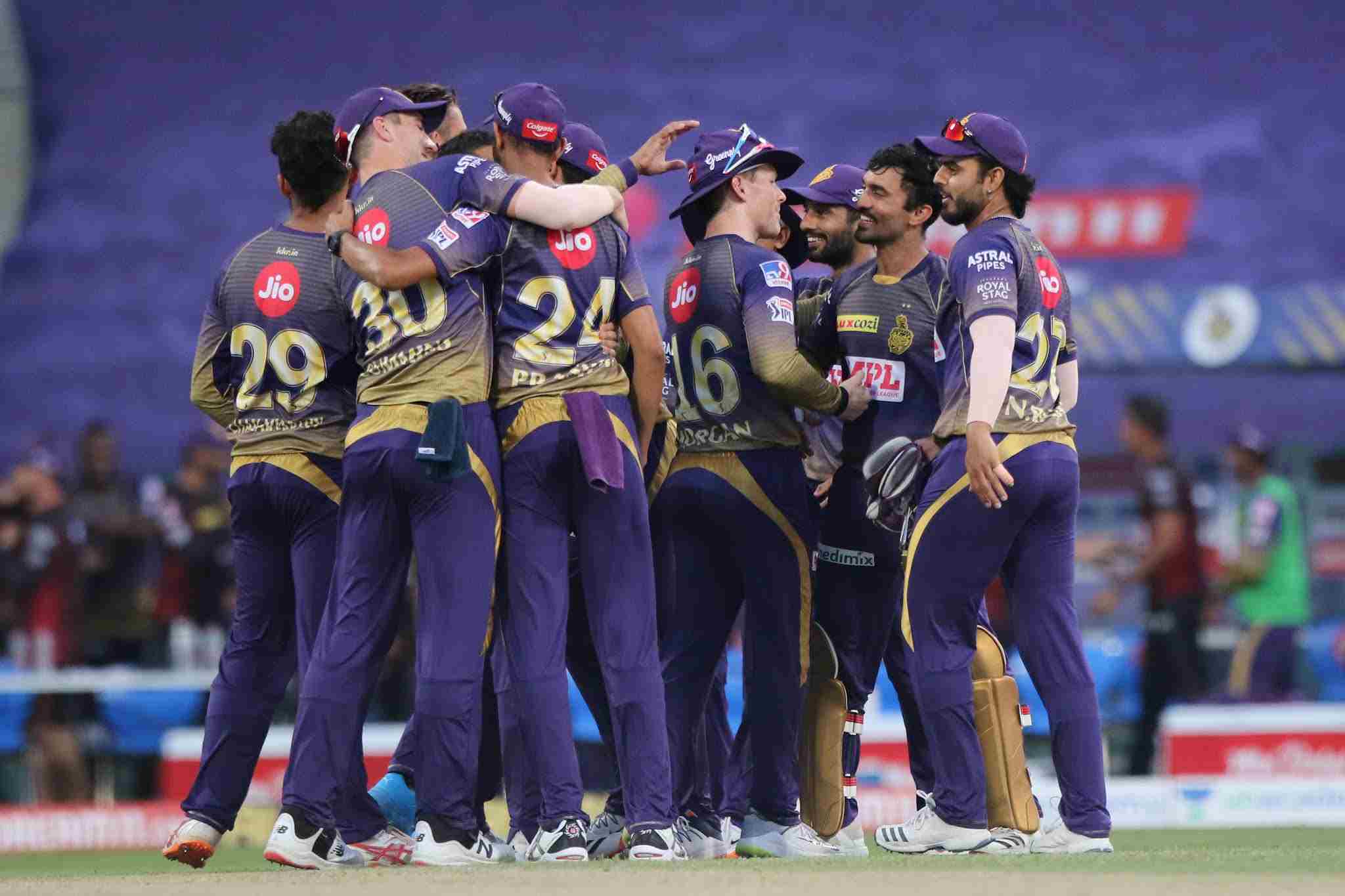