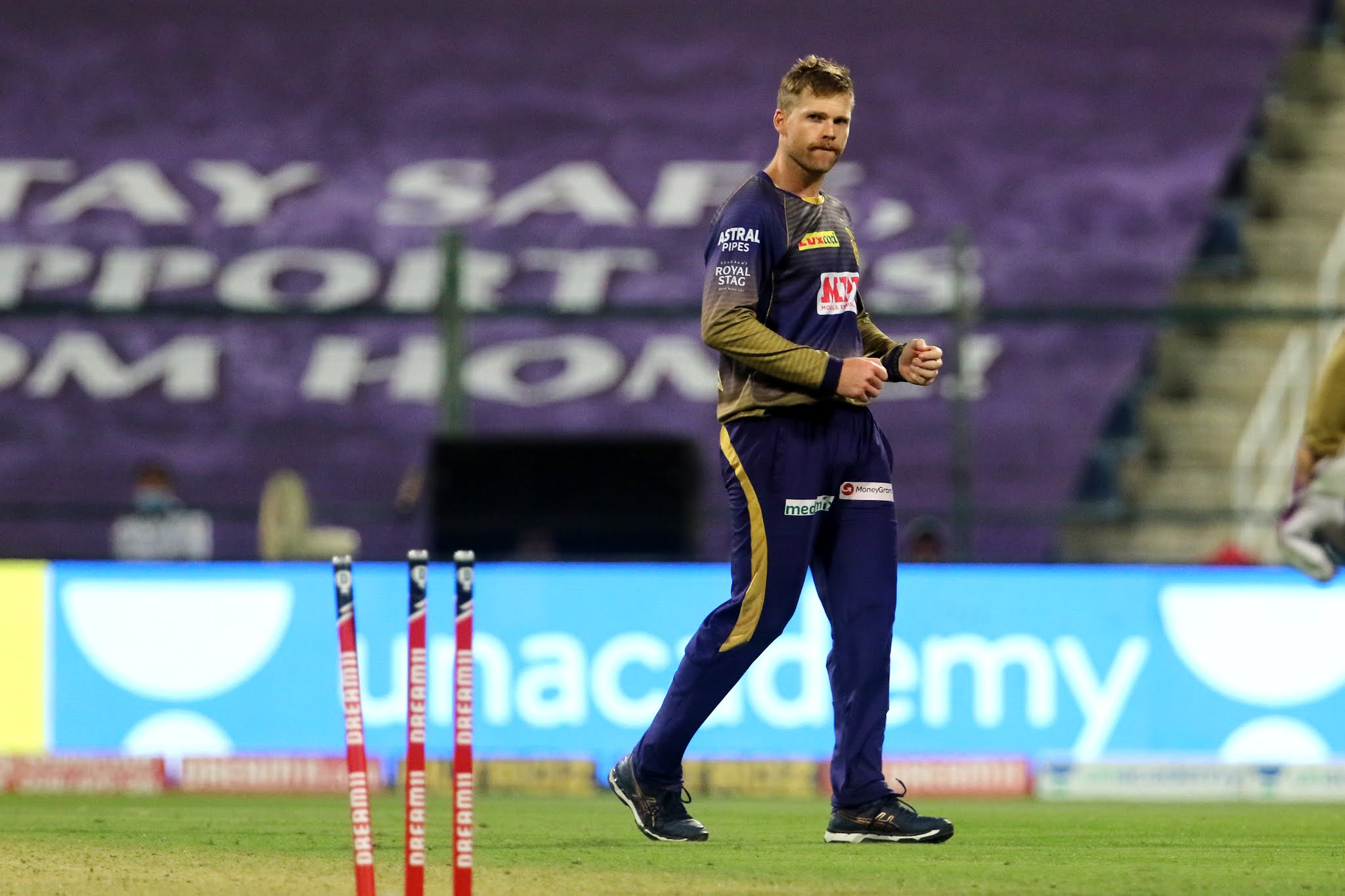 Lockie Ferguson has been one of the best limited-overs international bowlers in recent years, but with Kolkata Knight Riders (KKR) possessing some elite overseas talent, he had to sit out the first eight matches of the season. He finally got his opportunity in game nine and made an instant impact, inspiring KKR to a nail-biting Super Over win against Sunrisers Hyderabad (SRH).

After SRH had made an excellent start in their pursuit of 164, Ferguson first took the wicket of his international captain Kane Williamson with his first delivery this season and then used a superb slower delivery to send Priyam Garg – who was sent at number three – back to the pavilion.

The Sunrisers made some interesting modifications to their batting order, with Williamson opening the batting alongside Jonny Bairstow and David Warner only coming in at number four. The New Zealand skipper seemed to be wobbling due to an injury, but that didn't affect his boundary-hitting as SRH got off to an excellent start.

After the opening partnership, though, SRH lost wickets at regular wickets as KKR took charge on the back of an amazing spell of bowling from Ferguson. The Blackcaps pacer’s yorker to dismiss Manish Pandey will definitely be among the contenders for the best delivery of IPL 2020.

Before this game, the last time Warner batted outside the opening spots in the IPL was in his first season with the Hyderabad-based franchise in 2014. The move nearly paid off as Warner made an unbeaten 47 from 33 deliveries. While the SRH skipper began cautiously, he almost pulled off a victory when 18 runs were needed off the final over.

Andre Russell was injured and off the field for a while but returned to bowl the final over of the innings. With the KKR allrounder clearly unfit, the decision seemed to have backfired initially after Warner hit him for three consecutive boundaries. But with two runs needed off the final delivery, Warner couldn't connect and only managed to sneak in one run which led to the Super Over.

It’s also important to remember that Ferguson had a spectacular effort in the field which resulted in the dismissal of Abdul Samad in the penultimate over of the game. With little margin for error, the KKR pacer pulled off a superb grab at deep mid-wicket and had the presence of mind to flick the ball to Shubman Gill who completed the catch. This eventually had a huge say on the result of the match.

It was no surprise to see Ferguson given the responsibility of bowling the Super Over for KKR after his brilliant performance – 3/15 from four overs – during the 20-over match. And he delivered once again, dismissing Warner and Samad as SRH's over in the tiebreaker lasted just three deliveries.

KKR needed just three runs to win in the Super Over and they eased to victory in the end, with Eoin Morgan and Dinesh Karthik knocking those runs off in four deliveries. 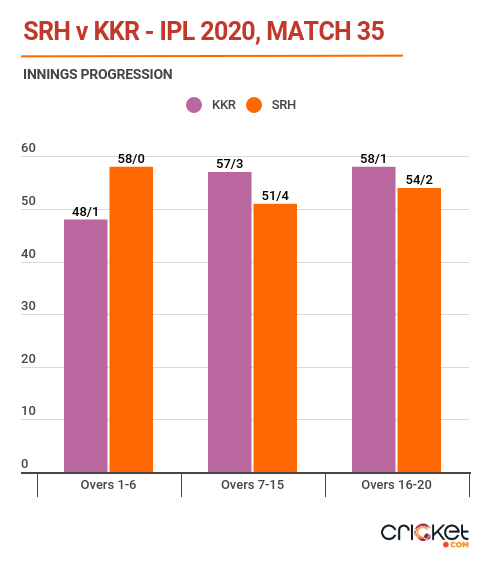 Earlier, Sunrisers Hyderabad won the toss and opted to bowl first. While Sunil Narine had been cleared to bowl after being reported for a suspect bowling action last week, he wasn’t back in the playing eleven yet as he was not 100% match fit according to KKR skipper Morgan. In hindsight, that was perhaps a blessing in disguise for the Knight Riders as Ferguson probably wouldn’t have featured if the West Indian mystery spinner had played.

Prior to this match, KKR had a run-rate of 7.1 between overs 1-6 in IPL 2020 - the joint-lowest with Chennai Super Kings. And they began slowly on this occasion as well, managing just 15 runs in their first three overs.

Basil Thampi, playing his first match of IPL 2020, was very unfortunate to have not got a wicket in his opening over, with Rashid Khan dropping a pretty simple catch at deep square-leg. The batsman who got away was Gill who went on to score 36.

Both Rahul Tripathi and Gill stepped up the scoring rate in the second half of the Powerplay, with 13 and 14 runs coming off the fourth and fifth overs respectively. But just as it looked like KKR would go through the first six overs unscathed, Tripathi seemed to be in some discomfort after getting hit on his elbow. After a break, the KKR opener was bowled by T Natarajan off the final delivery of the Powerplay.

Batting strike rate has been a bit of an issue for Gill this season and it was the case this time too. He was scoring at a run-a-ball and in an attempt to bat more aggressively perished to a magnificent diving catch at long-off from Priyam Garg off the bowling of Rashid.

Nitish Rana, who had also got off to a start, had to head back to the pavilion soon after thanks to a superb running catch from Garg. It was Vijay Shankar with a much-deserved wicket, the SRH allrounder conceded just 20 runs from his four overs.

Russell was promoted up the batting order but failed to get going once again, falling for nine off 11 deliveries as Natarajan secured his second wicket of the day.

A late flourish from Morgan and Karthik propelled KKR to a total of 163/5. The duo added 58 runs for the fifth wicket after the quick succession of wickets had reduced the Knight Riders to 105/4. The last four overs of the innings went for 52 runs.

In IPL 2020, the average first innings total in Abu Dhabi before this contest was 167, so KKR had more or less managed a par score. And it proved to be enough – just about – in the end.