Middle and death overs bowling hurt us in both games: Rohit 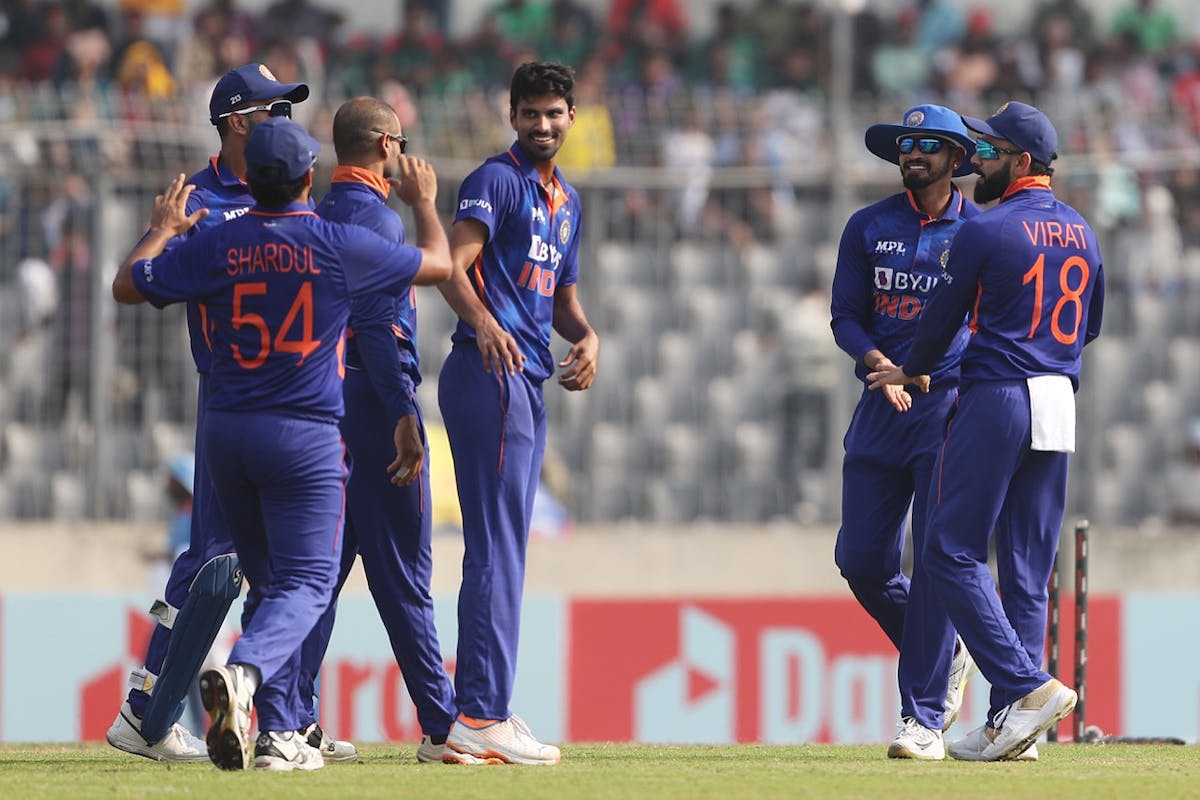 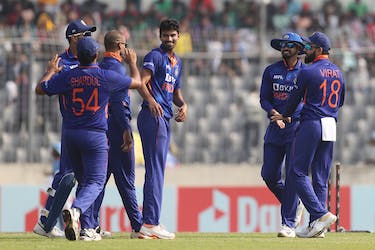 Middle and death overs bowling hurt us in both games: Rohit

India were in a position to take control of the second ODI against Bangladesh when they reduced the hosts to 69/6 by the 19th over. However, a partnership of 148 between Mahmudullah (77) and Mehidy Hasan Miraj (100 not out) allowed the home team to post 271/7 in 50 overs.

With captain Rohit Sharma injuring his thumb while fielding, India were forced to send Virat Kohli to open with Shikhar Dhawan, a combination which failed to begin well. Both of them were back in the hut by the third over.

Shreyas Iyer (82) and Axar Patel (56) added 93 for the fifth wicket, while Rohit, who came in at No.9, slammed an unbeaten 51 off 28 balls, but it was not enough. Rohit missed two big hits in Mustafizur's final over who also bowled a maiden to Mohammad Siraj earlier as Bangladesh won by five runs.

Rohit admitted that his team were found wanting in all departments in the two losses.

"When you lose a game, there are positives and negatives. From being 69/6, allowing them to get to 270-odd wasn't a great effect from our bowlers. We started well but the middle overs and the back end is what's hurting us a lot. Happened in the last game as well," Rohit said in the post-match presentation.

Rohit also credited the partnership between Mahmudullah and Mehidy as they took away the game from India.

"Not taking anything away from Mehidy and Mahmudullah, was a great partnership but we also need to find ways of breaking such partnerships. In One-Day cricket, it's about partnerships and when you get those, you have to ensure that they are converted to match-winning partnerships. That's what they did," the 35-year old said.

India were also without Rishabh Pant and Mohammed Shami before the beginning of the series as Rohit said that the management will look at the injury concerns.

"Need to be braver in the middle. There are few injury concerns, we need to get to the bottom of this. Need to try and monitor them, because it's important to understand this. When they come to play for India, they need to be at more than 100 percent," he said.

"We need to monitor their workload because we can't have guys coming in to play for the country half-fit," he added.

Wednesday's win also marked Bangladesh's second consecutive home series win against India. They had won the 2015 series 2-1. Litton Das, who was made ODI captain for the first time due to an injury to Tamim Iqbal, was ecstatic.

"Very happy, to win in my first series as captain, it feels good. We felt that 240-250 was a good score. We were under pressure but they (Mahmudullah and Mehidy) were brilliant. Don't know what their conversations were, but what they did was simply superb," Das said.

Despite Mehidy Hasan walking off the field due to cramps, Mustafizur kept Bangladesh in the game after Mahmudullah conceded 33 from his 3.5 overs. Das said that he was trying to keep his top bowlers fresh for the middle and death overs.

India will look to salvage a win on December 10 when they travel to Chattogram for the final and third ODI.