Was Rabada among the most impactful bowlers in IPL 2020? 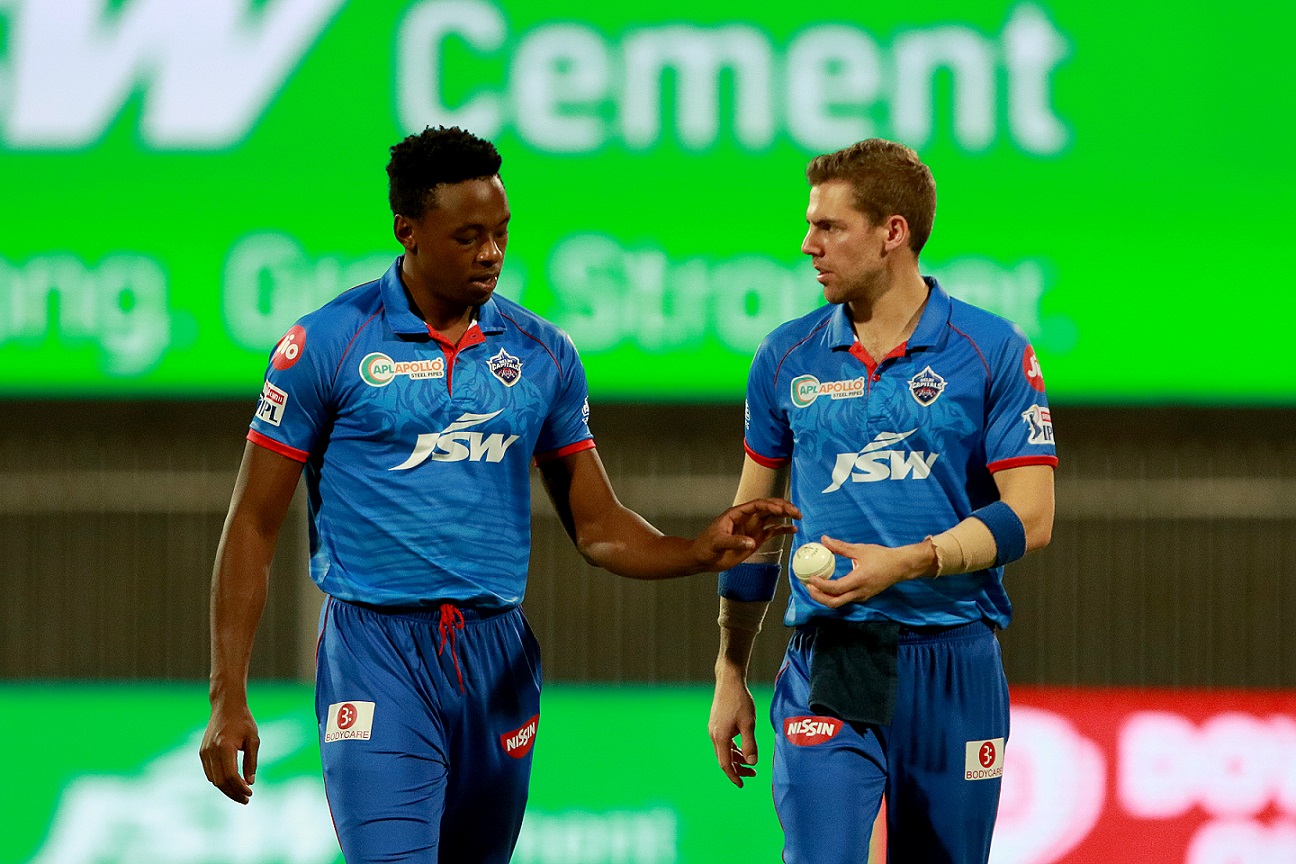 Was Rabada among the most impactful bowlers in IPL 2020?

A majority of cricket experts called it wrong. There was an expectation of spin to win on the dry wickets in UAE. With only three venues and used pitches, it seemed like a matter of time when spinners will rage havoc. It never happened. The pacers proved to be the real match-winners in IPL 2020.

Such was the dominance of pacers in IPL 2020 that the six of the top-10 most valuable players, the MVP of six teams and top-four leading wicket-takers were all quickies. The question we try to answer here is who among them and their spin counterparts were the most impactful bowlers in IPL 2020.

Similar to our analysis for the batsmen, we feel that assessing the most impactful bowlers based on highest MVP points aggregated throughout the season is not a correct approach. It will lead to a disproportionate bias towards bowlers who played more matches or the bowlers that were just above average in most games.

Hence, to arrive at the bowlers that had the most impact in IPL 2020, let us look at the players who finished as the best bowler in a match on most nights. Using this as a parameter, here is the list of cricket.com’s most impactful bowlers in IPL 2020- 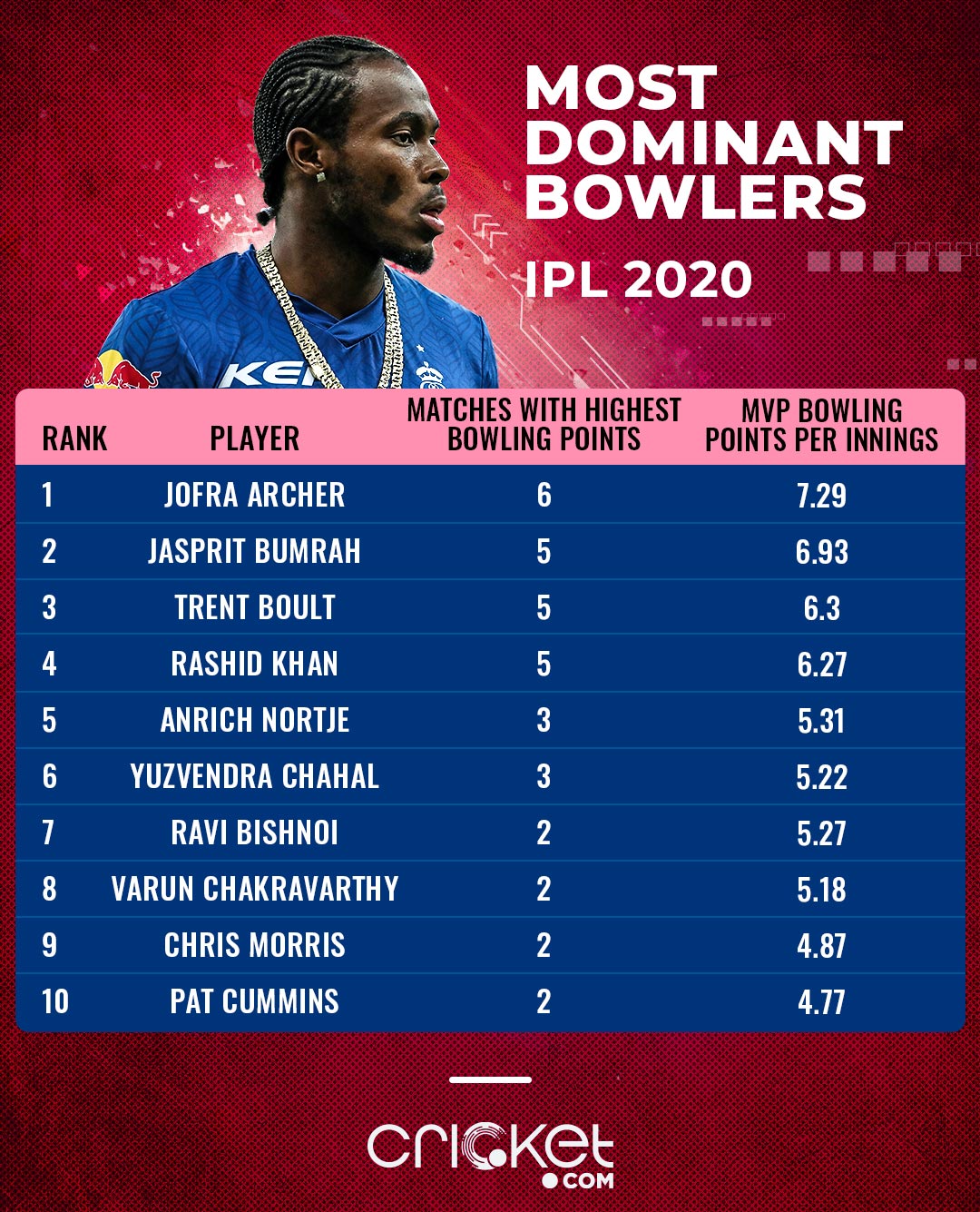 Since the rabbit is out of the hat, let us deal with the surprise first. Kagiso Rabada was the winner of the Purple Cap in IPL 2020. He took at least one wicket in 14 of the 17 games. However, while being among the wickets in most games, Rabada failed to deliver the impact upfront that defines the outcome of the game.

Twenty out Rabada’s 30 wickets came in the death-overs. While he bowled a similar number of overs in the Powerplay (23 vs 23.4 at the death), he took just two wickets in this phase. Whenever he picked early wickets, he affected the outcome of the game, like in the Qualifier 2 when he got the all-important wicket of David Warner. This turned out to be the only game when Rabada finished as the best bowler on the night. Lack of wickets when it mattered resulted in the leading wicket-taker in IPL 2020, the bowler with the fifth-highest MVP bowling points, finish with no man of the match awards in this season.

Jofra Archer was the MVP of IPL 2020, let alone be the most impactful bowler. He was the best bowler in a game on six occasions. These include Rajasthan’s savoured victories against MI and KXIP later in the season. Archer bowled a spell of 2/26 and 2/31 in these games that saw runs in the range of 185-195. In all the other four games, he finished with a spell of less than run a ball while picking at least two wickets.

One can argue that if not for the presence of the other, either of Jasprit Bumrah or Trent Boult could have toppled Archer for the top spot. However, a better argument would be that pressure they created as a pair led them to their best season in the IPL at an individual level.

Both Bumrah and Boult were the best bowler in a game five times. There was a time later in the season when Bumrah came back from nowhere to threaten Rabada for the Purple Cap. He took 13 wickets for 45 runs in three penultimate games before the final, including a four-wicket haul against DC in the Qualifier 1.

Boult too enjoyed most of his success against his former side, DC, against whom he finished with tournament figures of 9/96. This included a match-winning spell of 3/30 in the final. Leading the charts with the bat, Mumbai Indians had most match-winners with the ball as well. It signifies their absolute domination in IPL 2020- 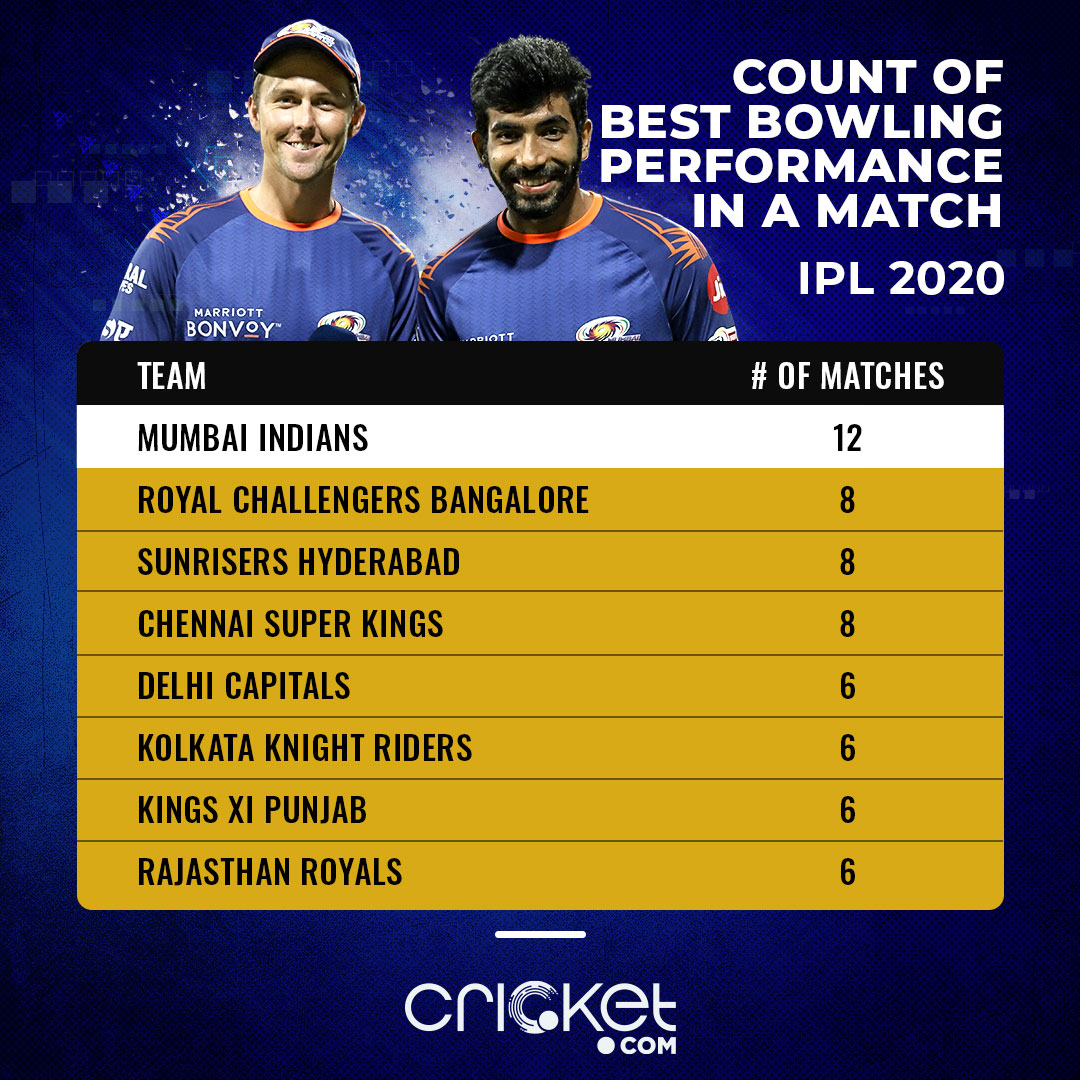 A list of impactful bowlers in a T20 tournament cannot be complete without Rashid Khan. Like Boult and Bumrah, he too enjoyed most of his success against Delhi. Rashid's spell in SRH’s first fixture against them, 3/14 while defending 162 in Match 11 was the best in IPL 2020 in terms of match impact. Later, his spell of 3/7 against the same opposition in a must-win game in Match 47 was the most economical this season.

Wrapping up the top-5 is Delhi’s own Anrich Nortje. While Rabada hogged the limelight this season, Nortje was the best bowler on the night on three occasions, all of them resulted in a win for Delhi. These were against CSK, KKR and RCB. His spell of 3/33 against KKR came at Sharjah when they scored 210/8 in reply to a target of 229.

Three spinners and two pacers follow the top-5 most impactful bowlers. This includes one of the finds of the season – Varun Chakravarthy. Another example of a reduction in bias in this analysis is the inclusion of Chris Morris who played only nine games. If he would have been fit for more games, both him and RCB could have finished higher than where they did.