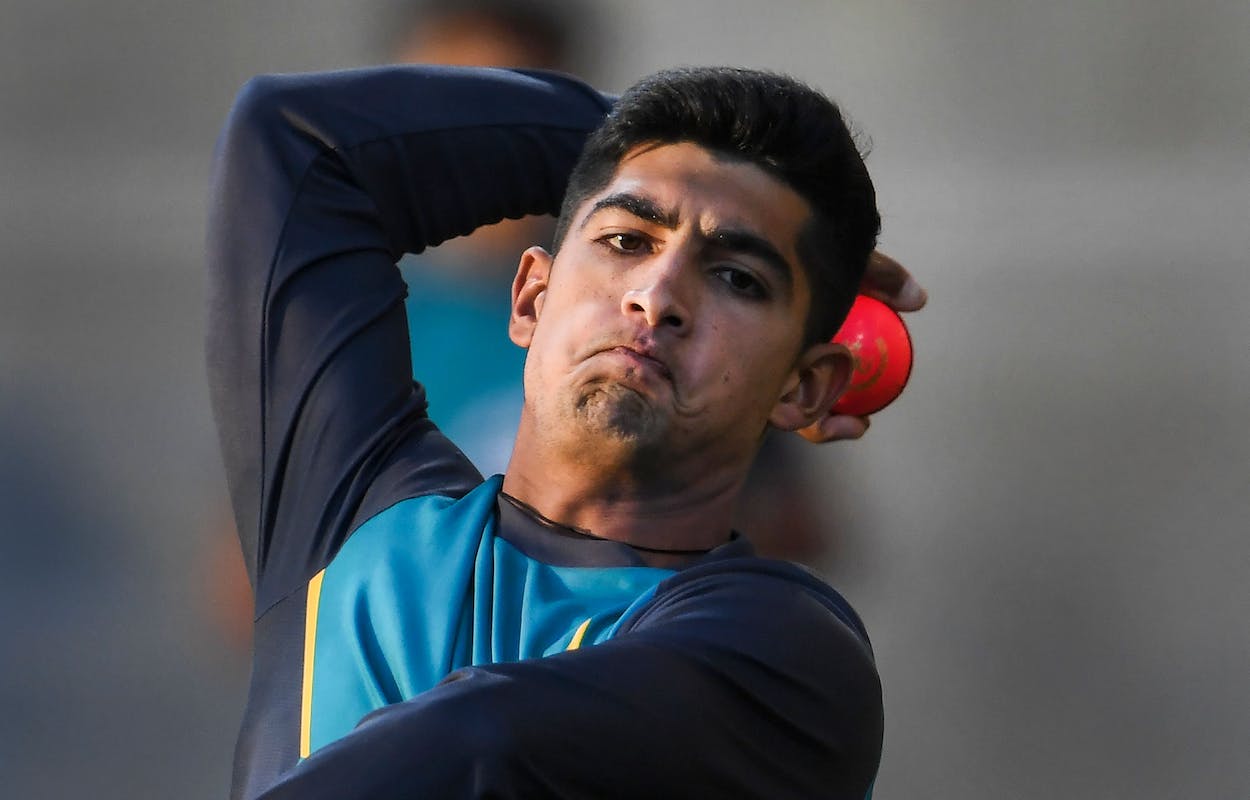 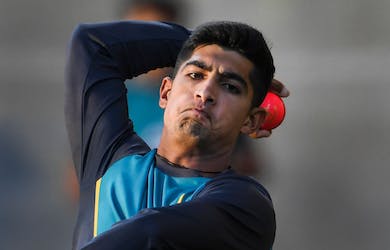 While Hasan Ali has been given a break from international cricket, call on Shaheen Afridi's participation will be decided by the trainer and physiotherapist

Pakistan have announced their squad for the upcoming One-Day International (ODI) series against Netherlands and also the Asia Cup T20. Fast bowler Hasan Ali has been rested from both the squads and 19-year-old Naseem Shah will take his place. Salman Ali Agha, who made his Test debut against Sri Lanka recently also finds a place in in the ODIs against the Dutch.

Naseem, who has played 13 Tests for Pakistan is yet to make his debut in white-ball cricket. He has played four List A matches and 45 T20s so far.

While Shaheen Afridi has been named in both squads, his return to international cricket will be determined by the team trainer and physiotherapist, who will also help with his rehabilitation. the pacer recently missed the second Test against Sri Lanka due to a knee injury.

Abdullah Shafique, Imam-ul-Haq, Mohammad Haris, Salman Ali Agha and Zahid Mahmood have been named in the ODIs against Netherlands, but they will be replaced by Asif Ali, Haider Ali, Iftikhar Ahmed and Usman Qadir for the Asia Cup.

The Asia Cup was moved to the UAE following political turmoil in Sri Lanka, who will retain the hosting rights for the tournament. Pakistan kick start their campaign against arch-rivals India in Dubai on August 28.

The Asia Cup 2022 T20 tournament will begin with the Group B clash between Sri Lanka and Afghanistan on August 27 at Dubai, which will also host the final on September 11.

“We have only made changes that were necessary. Both the competitions are important for us and, as such, we have picked our best available players in consultation with the captain and head coach," Chief selector Mohammad Waseem said.

“Hasan has been given a break from international cricket and he has been replaced by Naseem Shah. He is express fast and can give further impetus to the fast bowling department, which already boasts Haris Rauf, Mohammad Wasim Jnr, Shaheen Shah Afridi and Shahnawaz Dahani.

"Naseem has not played any international white-ball cricket, but he has demonstrated with the red-ball that he is an attacking option with good pace and controlled swing.

“Salman Ali Agha has been recalled to the ODI side after he performed well in the past two Pakistan Cup tournaments, averaging 40.33 and 48.8, respectively. He also gives Babar Azam an additional bowling option.”

A training camp will be held in Lahore between August 6 and 11. The ODI squad will leave for Amsterdam in the early hours of August 12, where they will play three matches against Netherlands, starting August 16 in Rotterdam.

The T20I squad members will join the rest of the team for the Asia Cup on August 22.