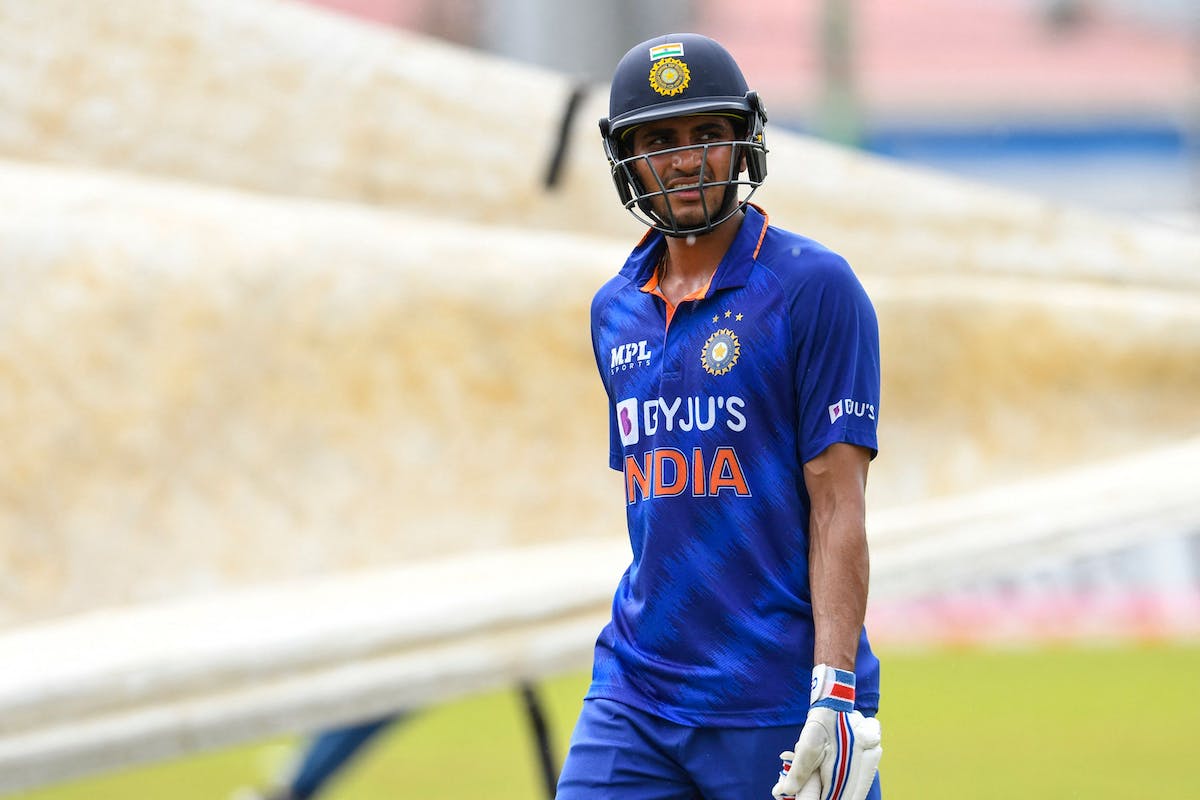 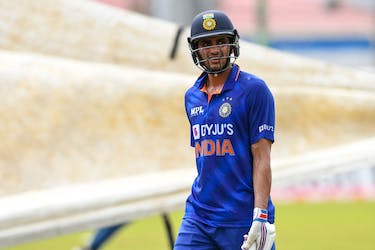 "Was hoping to get a hundred, but that (rain) was not under my control. I wanted only one more over, was hoping for that," said Shubman Gill at the post-match presentation.

98*, that is what is going to reflect on the scoreboards for eternity. Gill would be gutted, would have thrown his bat in the dressing room after fluffing the chance to convert a two-figure score into an impactful three-figure one.

But there is good news, he is here to stay. And secondly, he was never dismissed, it was the rain that played spoilsport.

"After getting those starts, unfortunately I couldn't convert them into a hundred and I am angry with myself for that," Gill said at the conclusion of the second ODI.

Gill walked into the third ODI setting up a target for himself – attaining the three-figure score. In the absence of ODI regular opener, Rohit Sharma, the Windies series was a perfect opportunity for Gill to show his white-ball prowess. If we roll down the clock, it was the List-A format where the right-hander showed his real worth in the Indian colours. 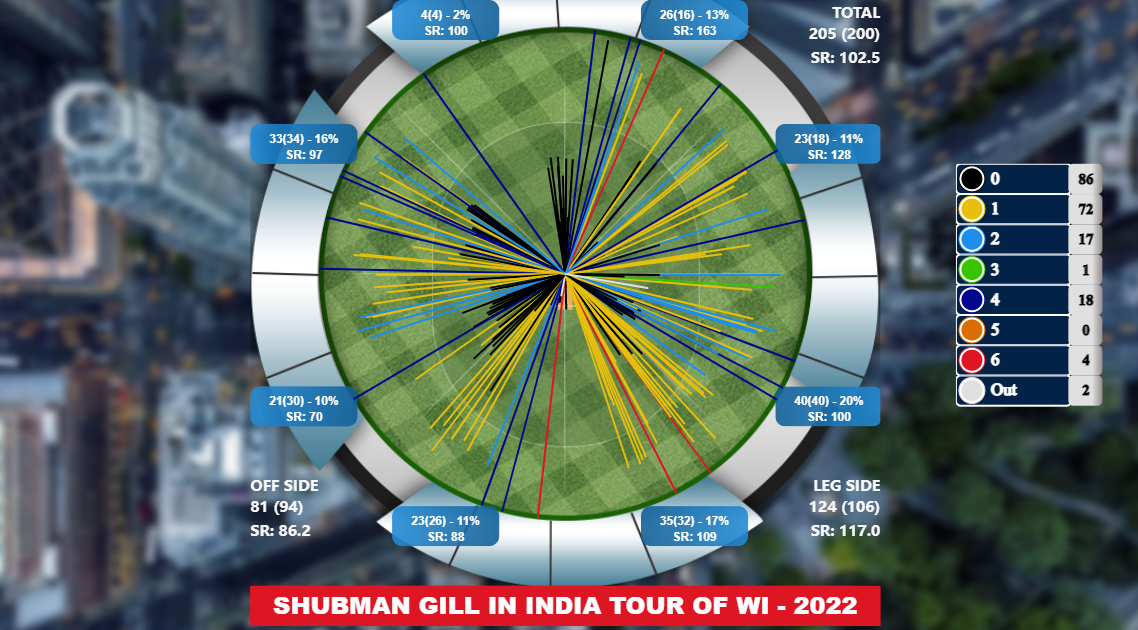 In 2019, on his ODI debut, he could only score nine. India were bang average in that match, crashing for just 92. And in the next ODI, he yet again went out early at No.3, scoring just seven. A nine and a seven, with several other talented stars waiting in the shed, would his career have ended before it really started? Maybe!

But as fate would have it, Rahul Dravid insisted on picking Gill for the Windies series and instilled a faith in the right-hander to do the job. His last ODI was in 2020, two years ago but with World Cup looming in the corner, it was an opportunity to put up some real estate. Who better than Gill to pump up the stock market in his favour?

Perhaps that’s why even scores of 64 and 43 didn’t satisfy the 22-year-old. A youngster realising that there were two prime opportunities for him to convert the start into a hundred but couldn’t was signs of maturity. While his words prior to the ODI were, “Hopefully, I will go big in the third match,” it was more like “I have to seal that place for myself.”

Unlike the first two ODIs, the track here for the third ODI was slightly tricky, it was two-paced, did not quite support natural stroke-making plays. That is where all of Gill’s experience and expertise at the IPL level came to the fore. 50-over format is almost like another sport but remember what Rohit said, India wanted to take the ODI format as an elongated version of the shortest format.

"(Asking me to open) gave me a lot of confidence. To be given to play a game for India, especially at the international level feels good. It was important for me to pay that trust back and I was happy to contribute to the team's cause,” Gill said after the second ODI, reflecting on the management’s choice of words. 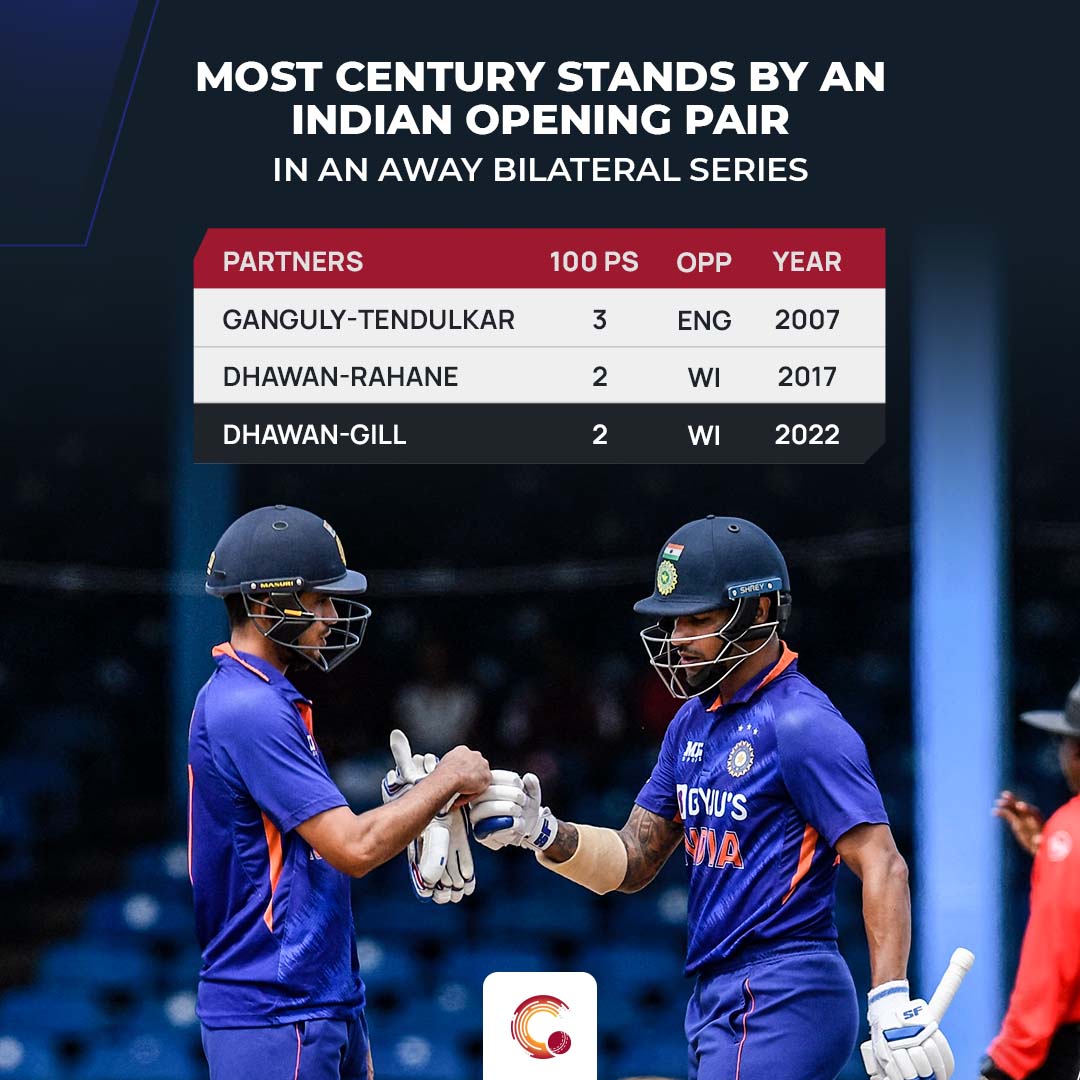 If you watch Dhawan and Gill bat together, it would take a few minutes before realizing that Rohit isn’t playing in the ODI series. The connection between the two batters was instantaneous and it is probably the biggest indicator that the latter belongs to the highest level of white-ball cricket. And when Gill is in full flow, it almost feels like there is no one even remotely close to him in international cricket.

On Thursday, Gill definitely would have been gutted as mentioned previously but he has more than enough reasons to be satisfied by his performance in the series. In this series, the right-hander only has been dismissed once every 100 deliveries but at the same time has batted with a strike-rate of 102.5. He’s shown great technique, both against the pacers and the spinners, with maximum impact.

In this series, against pacers, the right-hander has struck at an average of 140, and a strike-rate of 111.11 when the average strike-rate against pace has been just 105. He has been above par, perhaps one of the best players in the series against pace.

The consistent knocking on cement wickets plus the ability to pick the length of the ball much quicker than most batters makes Gill immensely skilled. Normally, the 22-year-old isn’t the fastest of starters but in this series, with Dhawan at the other end, Gill played to his natural flair.

In his first 20 balls this series, Gill has struck at 111.67, scoring a boundary every 6.67 deliveries, making the fullest use of the powerplay. Today, he played the different game. In a clash that was constantly threatened by the weather, Gill returned in a different avatar after the first rain-break. 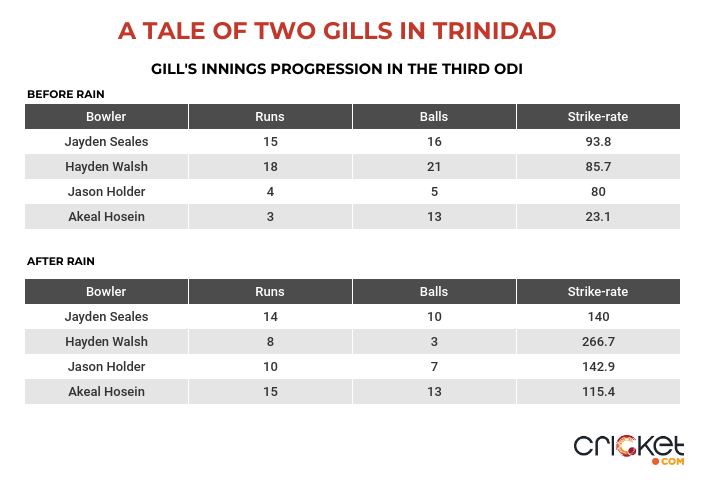 His skill was never in question but what was rather questionably was, could he take the opportunities with both hands. The numbers definitely say so and if you have watched any bit of the three-match series, so would you.

At the domestic level, the right-hander has a conversion rate of 33.3, with six centuries and 12 half-centuries, so you would only assume that with time, he will get past the three-figure score. Throughout this series, Gill showed that he is consistent and flexible in this approach, something that the other competing openers have taken advantage of.

So Near, Yet So Farfetch'd Gill but this is just the start of his long blue journey.