New Zealand aim for a Trophy double in the golden year 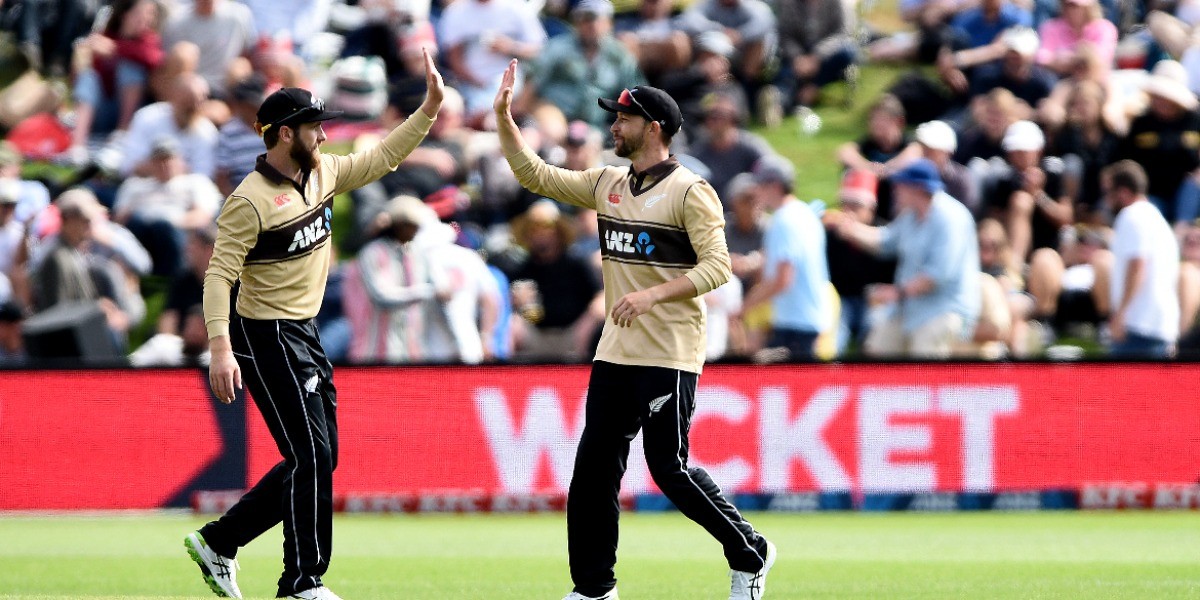 New Zealand aim for a Trophy double in the golden year

Conway, Williamson, and Phillips may have been a lethal force with the bat but the same can’t be said about their openers and the finishers

New Zealand are not really a flawless cricket team but they perform better than many teams in the ICC tournaments simply by using cohesion to build a superior base. Remember the 2016 Nagpur game against India? Yes, when an unfancied Mitchell Santner ran through the Indian side and gave the Kiwis a solid headstart. The rawness of their composition and the inherent opportunity they create thanks to their near-invisible nature ensures that never ever do they start the tournament as favourites. Despite that, their progress to the business end of the tournaments has been a regulation.

Other teams in the competition, however, wouldn’t make the mistake of underplaying the Kane Williamson-led side’s achievement this time around, knowing they have broken their duck by winning the inaugural ICC World Test Championship earlier this year and are the most consistent team in the world events in the last half a decade.

New Zealand are clubbed among India, Pakistan and Afghanistan with two more teams set to join them from the qualifier round. It might be the easier group among the two but clash that with India’s might and Pakistan’s mercurial nature, things can get really sassy. On top of that, PCB Chairman Ramiz Raja’s war cry to “beat New Zealand at any cost”, a million eyeballs will be glued to it. Not least from Pakistan.

In Devon Conway and Glenn Phillips, the Kiwis have two batters who can take the game away from the opposition’s clutch in a flash. After making his T20I debut in November 2020, Conway has already taken a huge stride on the international stage, most notably scoring 99 not out off just 59 balls against Australia last February. While an average of 59.13 is staggering over a period of 14 matches, he strikes them at 151.1 that makes him an irresistible proposition. He will be supported by Glenn Phillips and Kane Williamson, the latter arguably being the best T20 anchor going around, in the middle overs. 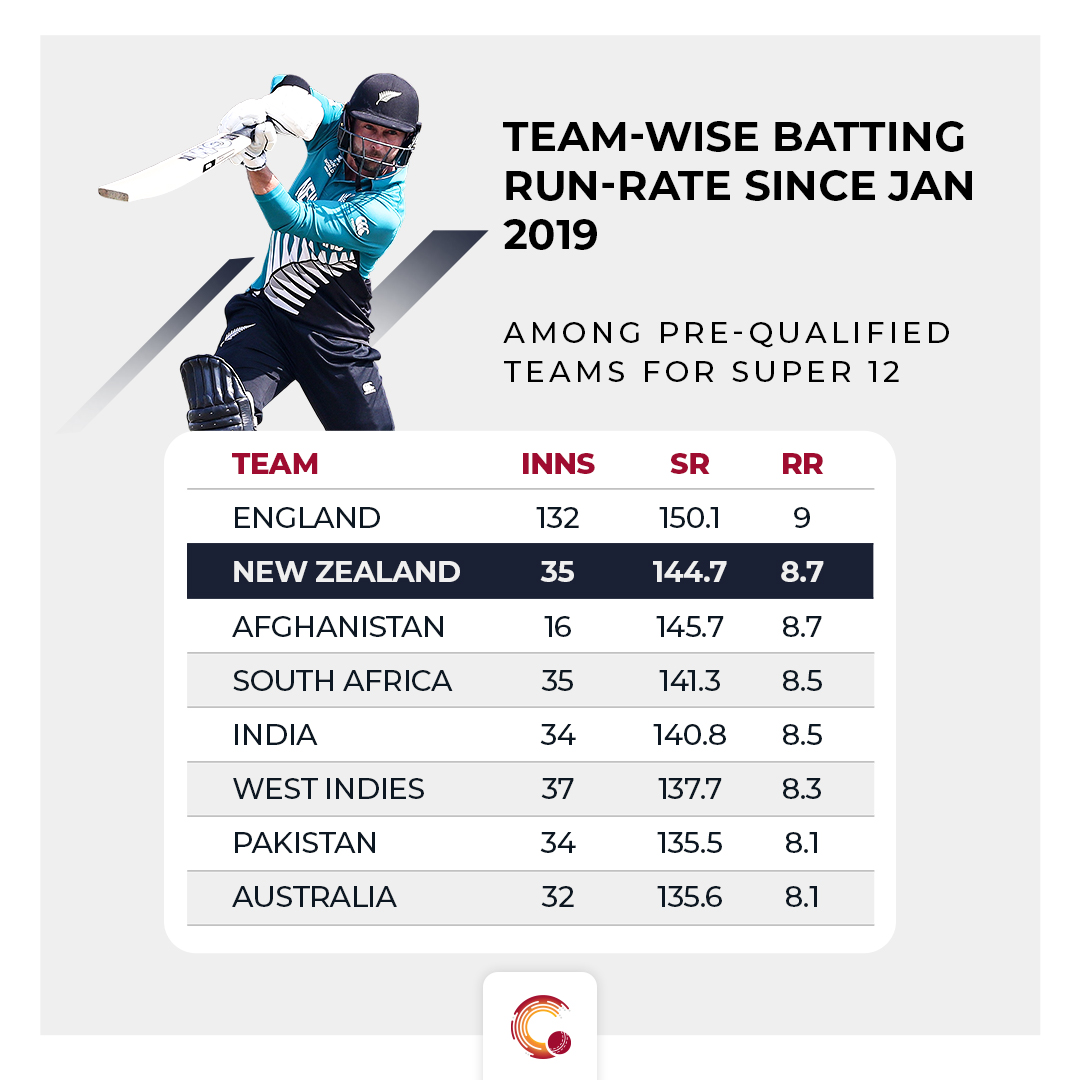 The bowling unit has enough firepower to torment any batting line-up in the competition. Lockie Ferguson’s raw pace was utilized well by Kolkata Knight Riders in the recently-concluded IPL and especially in the Dubai leg. In 13 IPL matches since IPL 2020, Ferguson has picked 19 wickets at 19.6. Trent Boult, on the other hand, has taken 15 of his 18 wickets in the matches won by Mumbai Indians in UAE since the last season. Mumbai won 82% of their matches in which Boult had given them a breakthrough in the powerplay and lost 60% of their matches in which he didn’t. If a player as good as him is not certain of a place in the XI, you can understand their capabilities. 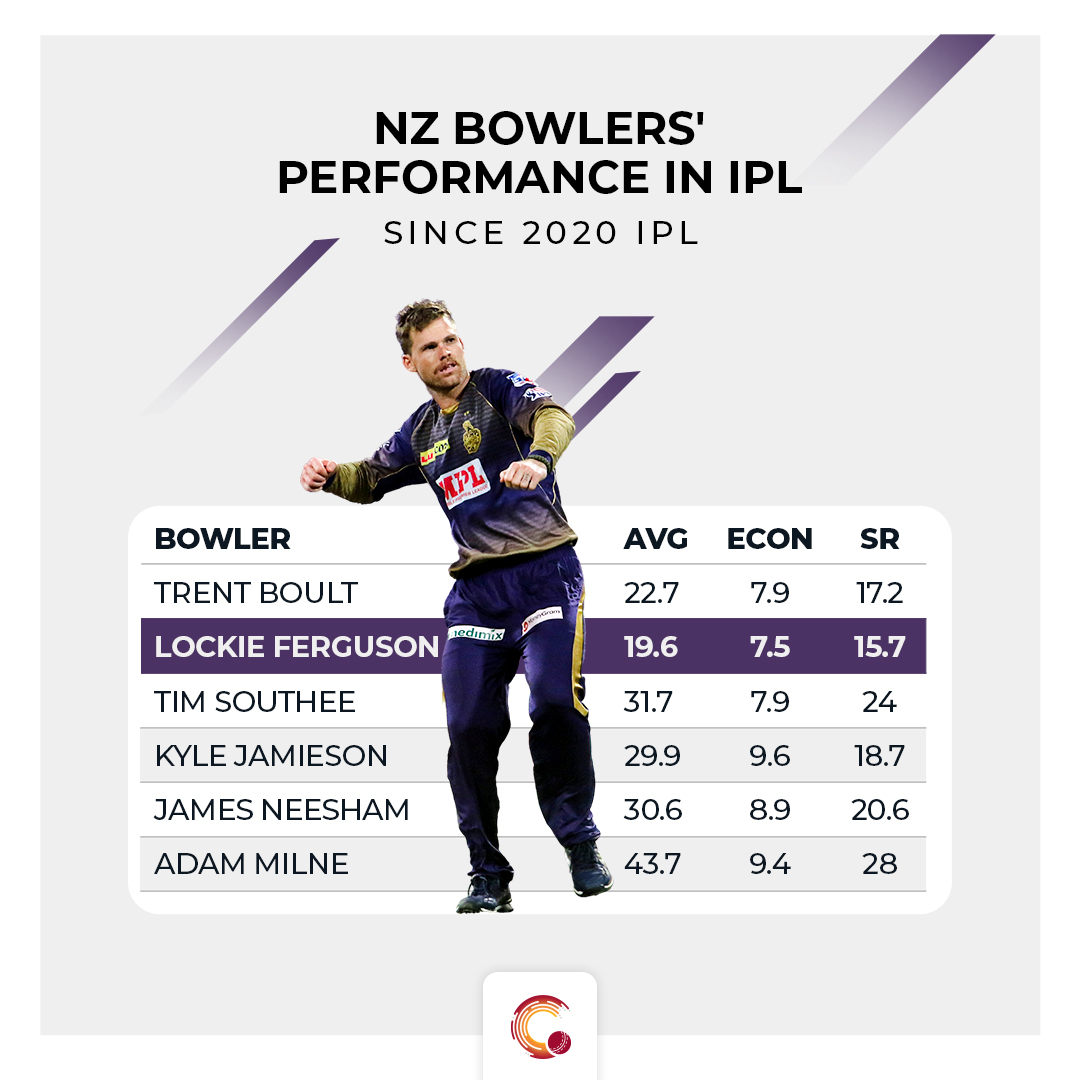 Conway, Williamson, and Phillips may have been a lethal force with the bat but the same can’t be said about their openers and the finishers. Martin Guptill is struggling for form for a while now and leaving out Finn Allen and Colin Munro means Tim Seifert will open the innings. Seifert’s keeping is excellent in the last few years but the returns with the bat have been mediocre. In three matches that he has played in UAE, he scored a combined total of 11 runs at an average of 3.66.

The lack of a proper finisher is another concern for the Kiwis. In the absence of Colin de Grandhomme, that responsibility will fall on the shoulders of Jimmy Neesham and Daryl Mitchell. While Neesham has shots in his armoury, his consistency and long-term effectiveness is a matter of question. Would he be able to deliver on the sluggish pitches regularly? Well, your guess is as good as mine.

Further, one wouldn’t really be off the mark questioning Adam Milne not being in the final squad. Before showcasing his effectiveness for Mumbai Indians in the Indian Premier League, Milne emerged as the only bowler to concede less than a run a ball in the Hundred despite bowling with a speed close to 150kph consistently in both powerplay and death overs. While they have a strong bowling line-up, one would wonder if it would have been stronger with the inclusion of Milne.

Tim Southee had a season to forget with RCB in 2019, but three bad games don’t make a veteran operator a bad bowler. The 32-year-old, despite consciously moving away from franchise cricket to manage workload, has been one of the best seamers in T20I cricket for years. It is one of the reasons why KKR rushed to rope him in as Pat Cummins’ replacement. In the T20 World Cup, he will be a lethal force up-front for New Zealand and can create multiple opportunities for his side. He also has one of the best cricketing brains in the business, something that has helped him out-think batters for years. If he performs to his full potential, it might spell the death knell for many teams. 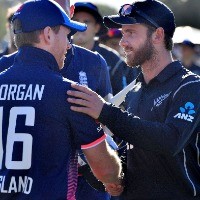 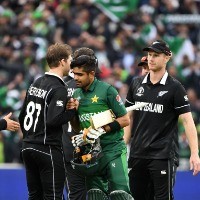