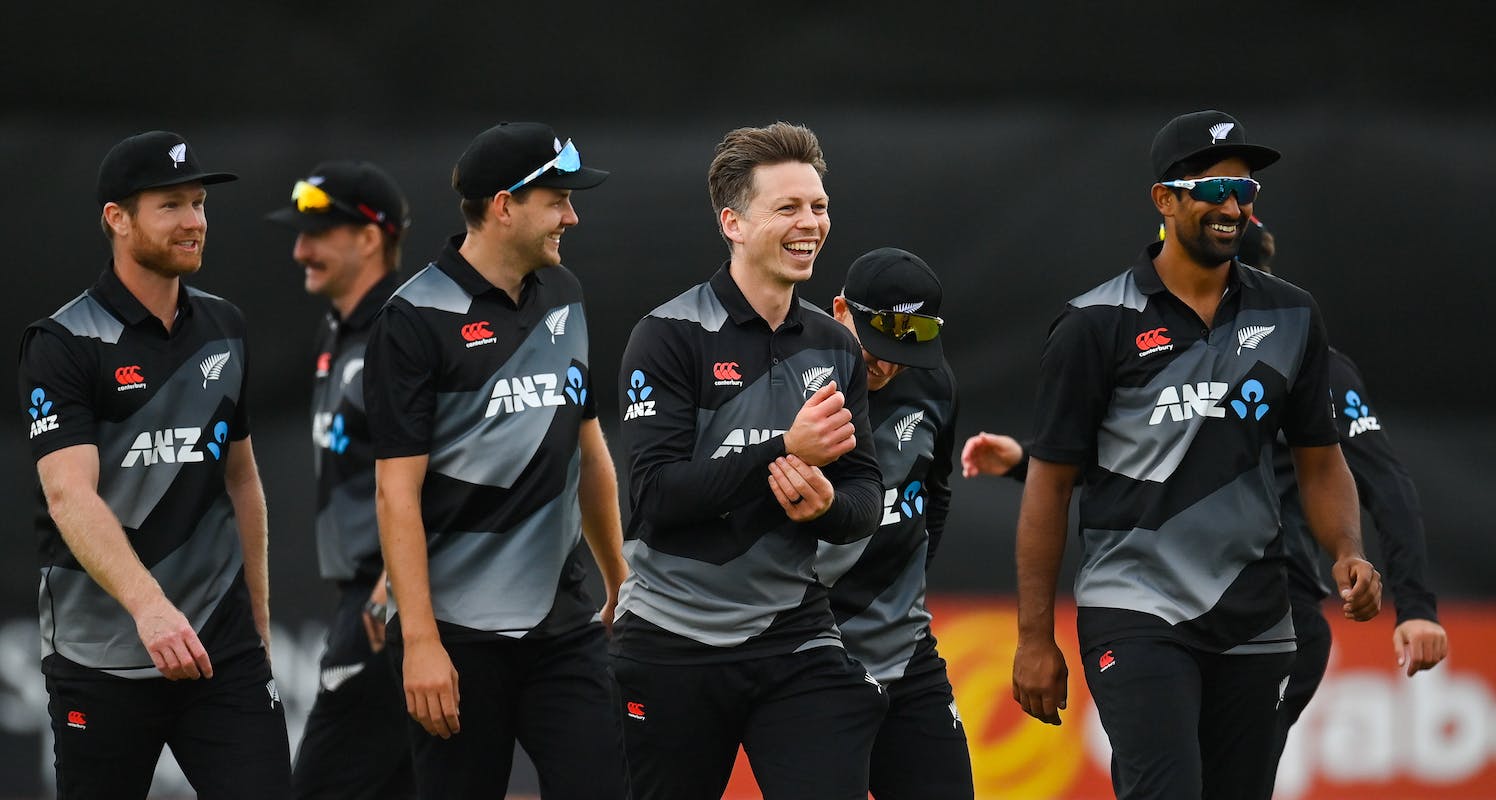 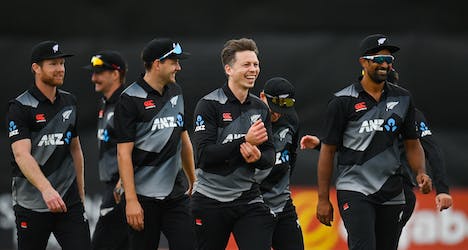 The Blackcaps led by Mitchell Santner won all 11 white-ball games during their tour of Ireland, Scotland and the Netherlands

For some, New Zealand’s clean sweep in their recently-concluded European tour that saw them win every T20I and ODI they played against Ireland, Scotland and the Netherlands, was nothing short of a formality. The result was on expected lines but they did get stretched on more than one occasion. They had to dig deep but managed to close out close matches, showing the wealth of experience in the squad, despite many not being first-choice picks.

With the likes of Kane Williamson, Tim Southee, Trent Boult, Devon Conway, and Kyle Jamieson among other big stars back soon, many have made a case for themselves to be regular picks in the main side. Ahead of the T20 World Cup, this comes as terrific news for the Blackcaps, who would want to go one step forward and clinch the title this time around.

Over the last few months, Daryl Mitchell has shown his versatility with the bat and his willingness to adapt to different positions, different formats and different roles with utmost ease. He smashed three centuries in the Tests against England and then quickly changed gears in the limited-overs series starting with the tour of Ireland.

He finished as New Zealand’s highest run-scorer in the T20I leg of the European tour with 187 runs with a strike-rate close to 150. Not too long ago, the Blackcaps took everyone by surprise when he opened with Martin Guptill in the T20 World Cup last year. 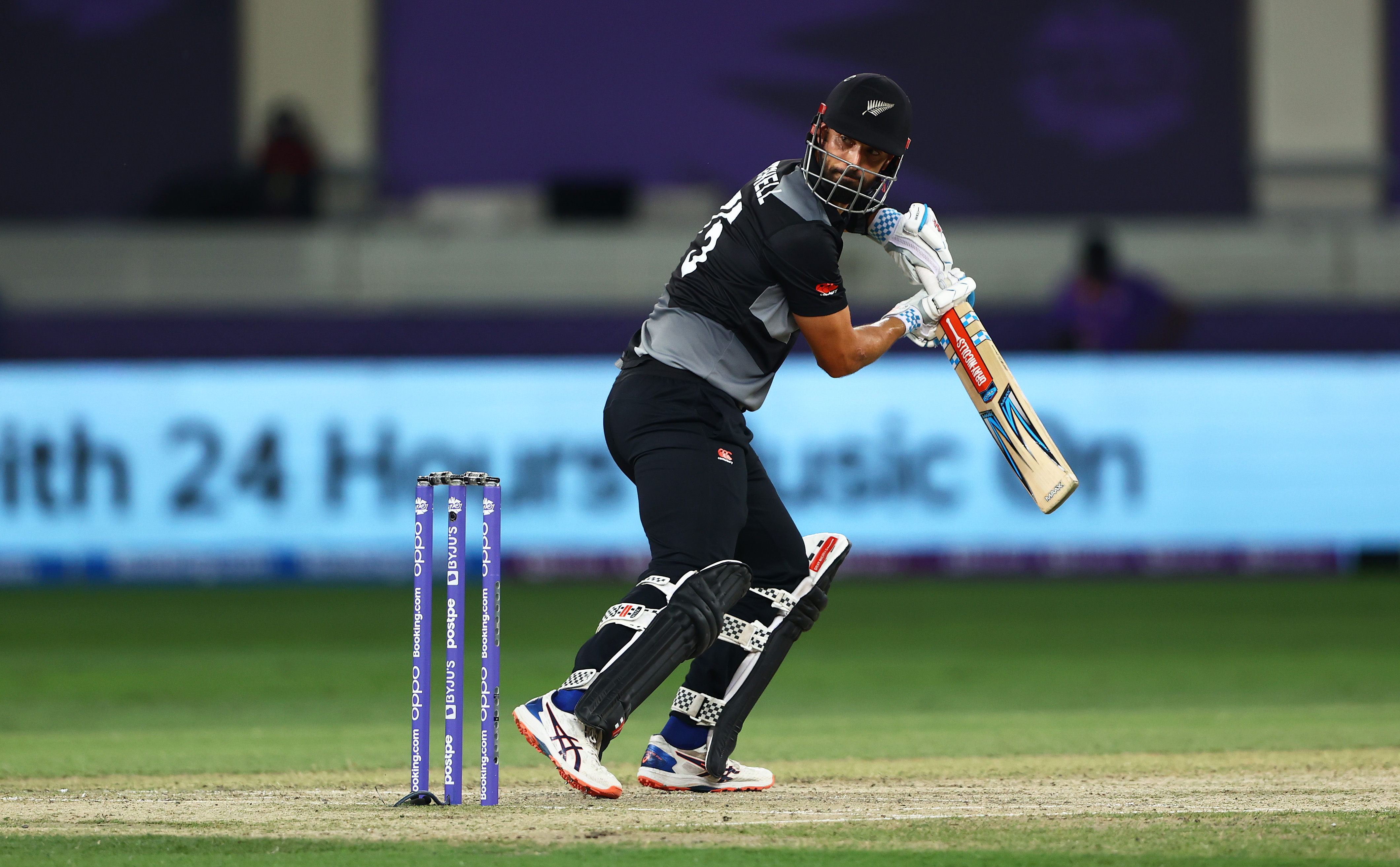 He can bat anywhere from 1-5 and also chip in with an over or two of his gentle medium pace. Regardless of the position he plays in moving forward, New Zealand have found a player who can don multiple roles.

Michael Bracewell did his credentials as a genuine all-rounder no harm with impressive shows with both bat and ball. His prowess with the bat is well-known given that he was the leading run-getter in the Super Smash season 2021-22 with 478 runs at a strike-rate close to 150, which included a century and four fifties in 10 innings.

He took his side over the line in the first ODI against Ireland, chasing 301, when it looked all looked lost at 153 for 6. But Bracewell rallied along with the tail and took his team home with 20 needed off the final over. What followed was absolute carnage as Craig Young was dispatched for 4, 4, 6, 4, and 6 as New Zealand walked away with a one-wicket victory.

He also scored an unbeaten 42 and 21 in the next two games as New Zealand swept the series 3-0.

However, it is his skillset as a bowler that has given New Zealand the edge. He picked up five wickets from four ODI games on this tour and six wickets in the T20Is that included a hat-trick in his first over in the format. Not to forget, he scored an unbeaten 25-ball 61 against Scotland as New Zealand went on to register their highest T20I total.

As someone who can play at three and also easily slip into the finisher’s role Bracewell certainly has a lot to offer in the years to come and it would be daft of New Zealand to not have him for the T20 World Cup.

While Boult, Southee, Jamieson and Lockie Ferguson will mostly continue to be New Zealand’s preferred choice, especially in T20Is, the likes of Blair Tickner, Ben Sears and Jacob Duffy too have shown glimpses of what they bring to the table. What will please New Zealand is the fact that Ferguson managed to stay fit during the entirety of the tour. Tickner got better and better as the tour went on finishing with 11 wickets from seven matches across the tour, while Duffy and Sears finished with eight and five wickets respectively.

James Neesham too provided the young guns with the much-needed support at times, claiming four scalps, while Matt Henry, who played just three ODIs – all against Ireland – chipped in with seven

In a squad that already has Tom Latham, Devon Conway Tim Seifert with Glenn Phillips and Finn Allen further deepening their resources, Dane Cleaver too has thrown his name into the hat. He has shown he is safe as house behind the wickets with his nimble footwork and terrific glovework. With bat in hand, he did play a couple of useful hands including an unbeaten 55-ball 78 in just his second T20I against Ireland.

Overall, he hit 150 runs across eight white-ball matches. He also took 10 catches and inflicted a couple of stumpings as well, which are not too shabby either.

In the last Super Smash season, Cleaver finished just behind Bracewell in the runs tally scoring 369 runs from nine innings at a strike-rate of 166.21.

Ish Sodhi played all the T20Is on this tour and ended up as New Zealand’s best bowler with 13 wickets at 14.15, striking once every 11.5 deliveries. Sodhi experimented with a bit of a longer run-up which worked in his favour as that helped him with some rhythm as he approached the crease. 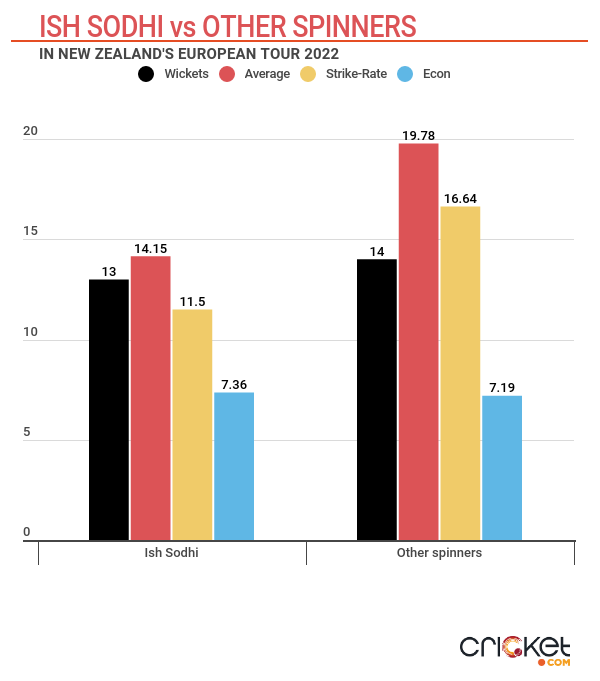 New Zealand. The other three spinners in the side, Mitchell Santner (6), Bracewell (6) and Michael Rippon (2), who became New Zealand’s first left-arm wrist-spinner contributed just a wicket more than Sodhi, but playing a vital supporting role nevertheless.

Unlike India, who have used nine opening combinations this year alone, New Zealand have been a little circumspect with just seven pairs since 2021. While Mitchell and Martin Guptill opened throughout the T20 World Cup last year, this year, it has been the pair of Guptill and Allen opening for them throughout. Since opening for the first time against Bangladesh in March last year, Guptill and Allen have put together 325 runs 36.11 at a healthy rate of 9.75. 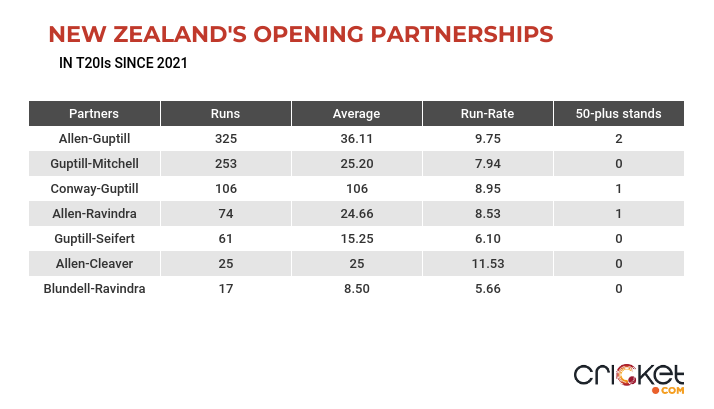 Allen played all 11 matches on the tour. In the T20Is, he scored 178 runs at a strike-rate of over 154, which included a superb hundred against Scotland. He struck two fifties in four ODI innings in a total of 149 at an impressive strike-rate of 104.19.