One of my best performances, Virat's wicket was special: Ngidi 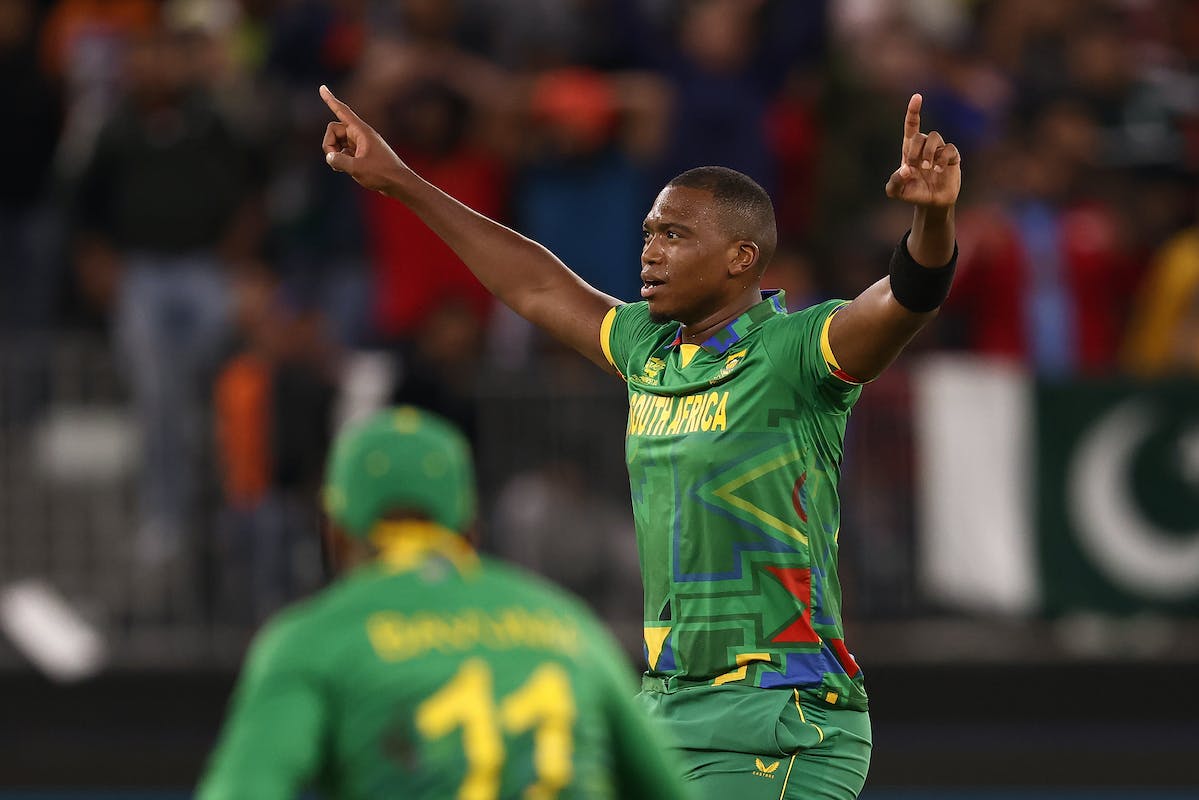 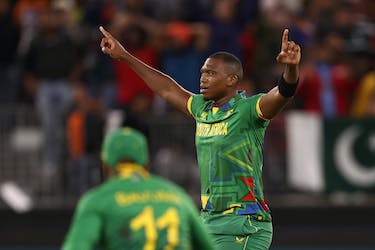 One of my best performances, Virat's wicket was special: Ngidi

The paceman got the wickets of Rohit, KL Rahul, Virat Kohli and Hardik Pandya and broke the back of India's batting line-up

Lungi Ngidi was at his absolute best against India in Match 30 of the T20 World Cup 2022 in Perth. The South African paceman claimed four wickets at the expense of 29 runs and helped his team topple Rohit Sharma and Co. by five wickets. With this win, South Africa are all but through to the semi-finals.

The right-armer got the wickets of Rohit, KL Rahul, Virat Kohli and Hardik Pandya and broke the back of India's batting line-up. The 26-year-old got all of them with short deliveries but it was the wicket of in-form Kohli that he enjoyed the most.

Virat had hit me for two boundaries, so he was trying to attack me a bit. Bowling that (short) ball, I probably knew he would go for it. Could have gone anywhere, for six or in hand, and luckily, it went by my side," Ngidi told reporters when asked about his favourite dismissal.

Ngidi, who replaced Tabraiz Shamsi in the playing XI, rated this performance better than his 5/39 against England earlier this year in July.

"Against England, we came out on losing side and that was upsetting and I have not played as much in this World Cup. To come in on a day like this and perform against India, I think I couldn't have asked for a better day and probably ranks as one of my best performances."

For Ngidi, a night T20 game is always a tense one with a player thinking about all sorts of possibilities throughout the day.

"To be honest, it is a bit nerve-wracking as in a night game you tend to play in your head the whole day. Try to stay as calm as possible. We didn't know till late afternoon, who is going to play. Finding out that you were playing was surprising for me but you have a job to do for your country."

Wayne Parnell too had a pretty good outing. The left-arm seamer set the tone by starting the proceedings with a maiden over and then got the wickets of Suryakumar Yadav, Dinesh Karthik and R Ashwin to finish with figures of 3/15.

"It was about hitting good areas. Sometimes you can get carried away with bowling short. Personally, it was just trying to hit the top of the stumps and keep things simple," said Parnell.

"We have a group of bowlers who are all capable of winning games. Each of us believes that and we know someone can step up on any given day."

In the second innings, it was Aiden Markram and David Miller who got South Africa over the line after they had lost three wickets in the powerplay. The target was only 134 but the surface was solid for fast bowlers and that's why Markram said they decided to go after R Ashwin. The offspinner leaked 43 runs in his four overs and South Africa got the job done with two deliveries to spare.

"I'm sure they expected us to take on Ashwin as well, just because of the nature of the wicket, because the seamers were so difficult to get away. So it almost got to a stage where we had to target someone because they bowled so well initially in the first, pretty much, 10 overs up until the drinks break," said Markram.

"It got to the stage where we had to pick someone. It could be anyone on any night. And sometimes you execute. Sometimes you don't."