Our aim is to win the series 3-0: Bangladesh fielding coach McDermott 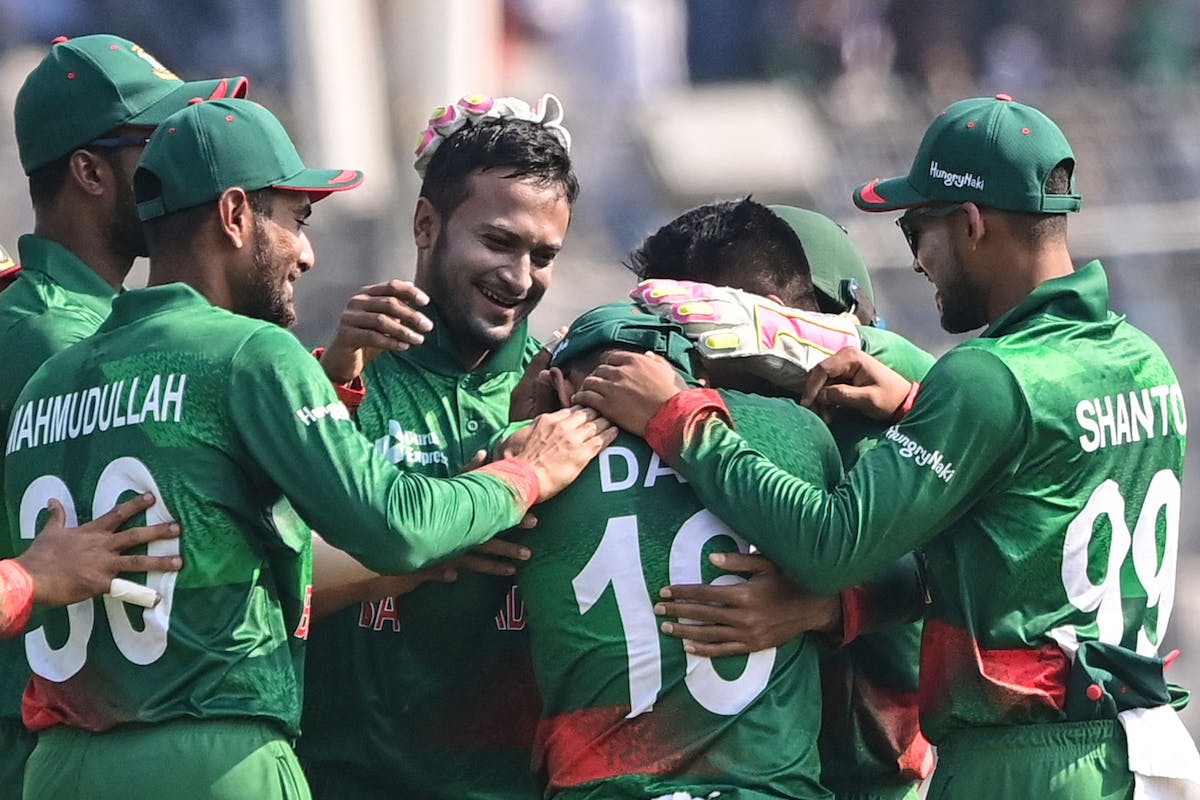 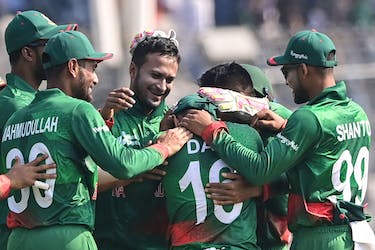 Our aim is to win the series 3-0: Bangladesh fielding coach McDermott

The long list of injuries in India's squad, including that of captain Rohit Sharma, could just play into Bangladesh's hands who are eager to complete a 3-0 sweep of the ODI series on Saturday at Chattogram.

Kuldeep Sen, Deepak Chahar and Rohit were all injured before or during the second game which Bangladesh won by five runs to seal their second consecutive series win over their neighbours.

Despite suffering a thumb dislocation, Rohit came out to bat and scored an almost match-winning 51 not out off 28 balls. Bangladesh fielding coach Shane McDermott felt that the absence of Rohit could make Bangladesh more confident going into Saturday's final ODI.

"We have a much better chance with him (Rohit) not playing. He is such a high-caliber player. I was a bit surprised that he didn't come to bat earlier. He maybe fell a ball short," McDermott said in the pre-match press conference.

Bangladesh haven't lost a home ODI series since October, 2016 and winning the current series 3-0 will be quite a statement ahead of the 2023 ODI World Cup in India.

"The job is never done. We don't take international matches lightly. This team has never beaten India 3-0, that's a massive goal for us. When we don't win 3-0, we really pride ourselves on being hard to beat. We have come close against Pakistan in New Zealand. We came close to potentially making it to the T20 World Cup semifinals. We have been competitive and we are in pressure moments more often than not. I know that after the series win, the boys have one eye on one more win in this ODI series," McDermott said.

The hosts relied to excellent knocks from Mehidy Hasan Miraj to win both the games, but their top-order of Litton Das, Anamul Haque, Musfiqur Rahim and Shakib Al Hasan haven't got the runs at the top.

"It (top-order) has been a common concern for us. It will be a better wicket here, with more value for shots. It would have a bit more consistent bounce. From a batting point of view it is to have one of our top five batters around till the 40th over, to take the game as deep as we can," McDermott said.

"Guys are getting through that tough patch of the first 20 balls, the hardest time to bat. It is the next step now to take that 20 balls to 50-100 balls and those match-winning innings and someone from the top five doing it," he added.

McDermott was glad that their lower-order has done the job for them so far, but expects everyone in the side to contribute with the bat.

"Yes, the responsibility lies with the top five or six. But everybody is a batter. Look at our No. 8 batter at the moment. He is showing confidence. We want to create a culture where the No. 8 and No. 11 can win the game," he said.

India have added Kuldeep Yadav to their squad for the final ODI while Rohit's absence might push KL Rahul to open alongside Shikhar Dhawan.