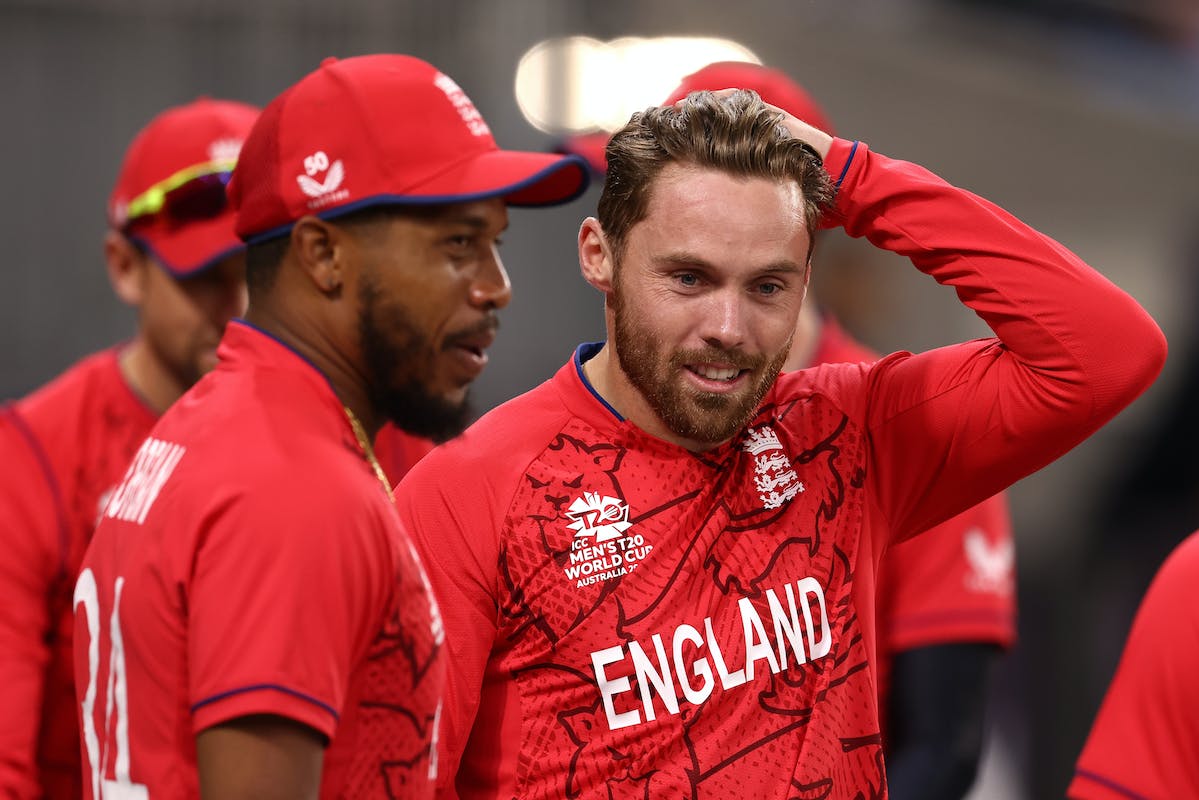 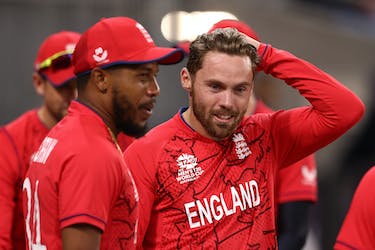 England fast bowler Mark Wood is set to miss the semi-final clash against India in Adelaide on Thursday (November 10) due to a muscle stiffness. Wood sat out for most parts of England's last two training sessions, according to a report on ESPNCricinfo. Dawid Malan faces race against time to be fit for the match due to a groin injury he sustained in the Super 12 game against Sri Lanka.

Wood has been a key part of the England squad in the T20 International (T20I) setup since he returned for the Pakistan tour following a layoff due to an elbow injury. Wood has picked up nine wickets at an economy rate of 7.71, striking once every 9.3 deliveries. His ability to constantly clock 150KMPH has troubled the batters throughout the competition.

If he sits out, one of either Chris Jordan or David Willey could be in contention to take his place. Inclusion of Jordan would add further depth to England's batting line-up and, while Willey provides his side with an extra left-arm seam option along with Sam Curran. Jordan, England's joint-highest wicket-taker in the format could also prove to be crucial as a death bowling option.

Phil Salt had an extended net session ahead of the India game, further increasing murmurs of his chances of making the XI, in place of Malan.

England vice-captain Moeen Ali had also previously stated that Malan's injury does not look good further depleting his chances of playing him in the XI.

"He is a big player and has been for a number of years. He has been one of our best players. I don't know but it [Malan's injury] doesn't look great," England vice-captain Moeen told BBC.

Michael Atherton, the former England captain, reckons that England may not tinker with their opening combination of Alex Hales and Jos Buttler and has backed Salt to come in at No. 3. Malan has struggled to get going in the tournament, managing just 56 runs at a strike-rate of 82.35 so far.

Salt could feel at home in Adelaide as he has played as many as 30 matches for the Adelaide Strikers in the Big Bash League (BBL), scoring 671 runs at 23.13 for the team.  Overall in T20Is, he has scored 235 runs at a strike-rate of 164.33 in 11 T20Is, since making his debut earlier this year against the West Indies.

The winner of the India-England tie will take on Pakistan in the T20 World Cup 2022 final at the MCG on Sunday (November 13).