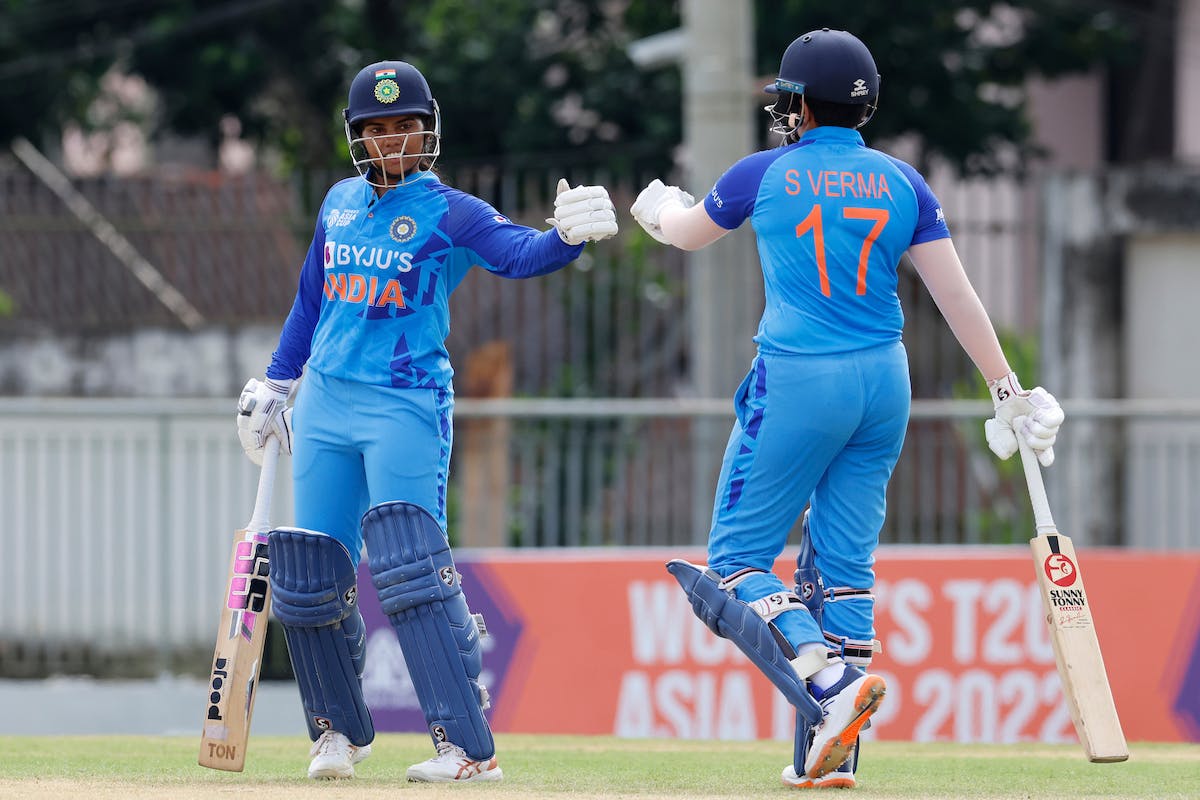 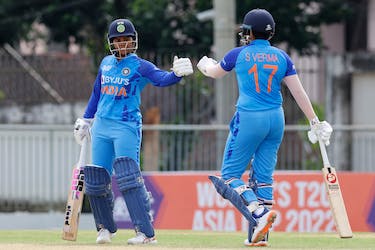 The Women's T20 World Cup is just five months away and having confidence in their youngsters to deal pressure situations has prompted the India women's team management to reshuffle their batting order, according to head coach Ramesh Powar.

With six group games to be played in the ongoing Women's Asia Cup in Bangladesh, India experimented with their playing XI and batting order in the las three games. They rested opener Shafali Verma for two games in a row with Sabbineni Meghana given the opportunity to open the innings with Smriti Mandhana.

In Tuesday's game against UAE, Mandhana didn't bat at all as it was Richa Ghosh and Meghana who opened the batting. Kaur sat out of that game to hand the reigns over to Mandhana, where Deepti Sharma walked in at No.3.

These decisions didn't seem strange to many as India won all their three matches. But Friday's 13-run loss to arch-rivals Pakistan brought up all the questions to Powar, who was ready with answers.

First it was about Kaur walking in at No.7 with Dayalan Hemalatha, Pooja Vastrakar and Deepti Sharma all sent ahead of her. The strategy backfired for the first time as India stumbled to 124 all out while chasing 138.

"We didn't want our regular chasers to come in but try out someone younger who can take that role up. This was our fourth game (in the Asia Cup) and we wanted to expose Pooja Vastrakar, Richa Ghosh and Hemalatha, see how they go through these pressure situations," Powar said in the post-match press conference.

Harmanpreet, Jemimah Rodrigues and Smriti Mandhana have already established themselves as finishers in the team, but Powar wanted the younger players in the team to take up the mantle.

"Harmanpreet, Jemi (Rodrigues) and Smriti have been doing it for a long time. The purpose was to send the others up so that they can feel that pressure, because we want to see how they react to such situations, especially when they may face it in a World Cup game. So we wanted to take a chance and address the issue," he added.

Despite losing the match against Pakistan, their only third defeat across all formats, India are not in danger of missing out on a place in the final as they still have matches against Bangladesh (October 8) and Thailand (October 10) to consolidate their top position. They might have the chance to beat Pakistan in the final, who are currently level on six points.

"If this was a format with two groups and four teams in each, maybe we wouldn't have tried it. We want to build our team for all conditions and all kinds of pressure situations. Obviously we want to win, but when we face issues that need to be addressed, we should address it," Powar said.

When asked if the management was hesitant about their plans in a 'big game', Powar replied 'not really'.

"Otherwise, we wouldn't have tried different things. Most players have played enough to understand the importance of an India-Pakistan game. They also understand where we stand in the league table and why we did it," he said.

"This isn't something only the team management is thinking. We came together as a group, and thought we needed to get through tough situations under pressure with different set of match winners, not just Jemi, Smriti or Harman. We have confidence [in the younger players], that is why we tried it," he further added.

Pakistan were anchored by allrounder Nida Dar's 37-ball 57, who also chipped in 2-23. Powar was full of praise for Dar's innings and credited Pakistan for the win.

"Have to congratulate Pakistan, the way they batted. That was some innings from their half-centurion. They played a good brand of cricket, had the upper hand at most stages in the game. They dropped a few catches but took some good ones too," he said.

India, who have won the Asia Cup six times, will face defending champions Bangladesh, who beat them by three wickets in a thrilling final in 2018 at Kaula Lumpur.

"They're a good side, champions from last time around, and we look at them as a compact unit. But we've also come from a good season, carrying the confidence from Sri Lanka, CWG and a 3-0 sweep in England," Powar said.