Rana's bowling will be remembered for a long time: Mandhana 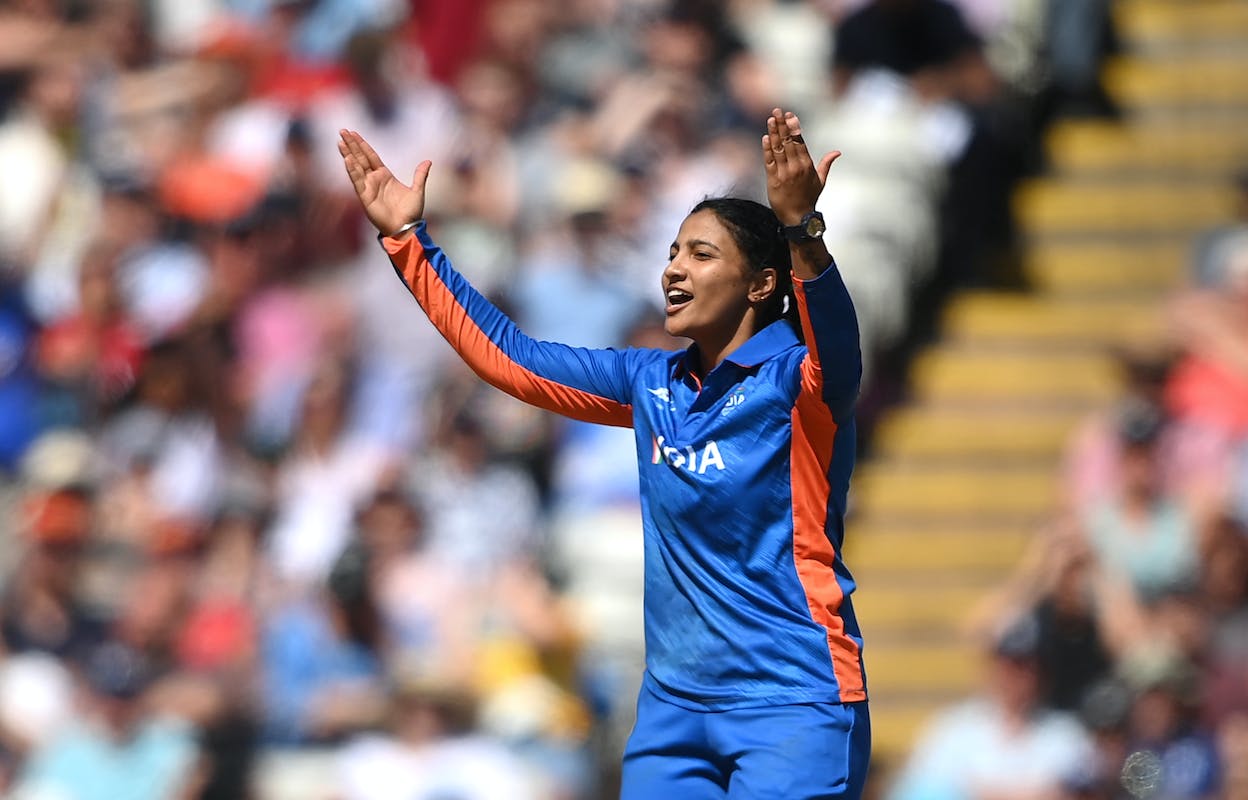 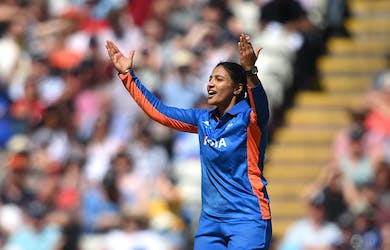 Rana's bowling will be remembered for a long time: Mandhana

India opener Smriti Mandhana heaped praise on allrounder Sneh Rana following the Commonwealth Games semifinal win over England on Saturday. With 14 runs to defend off the final, Rana gave bowled a dot, a single and then claimed the crucial wicket of Katherin Brunt and two more singles to ensure India a medal finish at the Birmingham Games.

A six off the final ball brought down the margin, but sealed India's march into Sunday's final with a four-run win.

"Rana was amazing bowling with only three fielders in the deep. That will be remembered for a long time," said Mandhana, after the match.

"I was trying to remember the last-ball matches and hoped we would get over the line. We haven't done that well, so more than my fielding, I was hoping to get over the line this time," said Mandhana, who claimed the crucial run out of Amy Jones in 19th over.

The Indian vice-captain also pointed to Deepti Sharma's spell of 1-18 which dried England's run chase of 165.

"We have given a few overs but with matches like this, roles have to be changed. Deepti's overs in the middle were important," she said.

Mandhana was once again key for India at the top of the order with a blistering 61 off 32 balls, also claiming the record for the fastest fifty in Women's T20Is in 23 balls.

"I was batting well in the last 2-3 weeks, it was like I was 2-3 years back. I'm happy to have found the touch, hope it will continue in the final too," said Mandhana, who is now the leading scorer in the tournament with 153 runs from four matches.

Captain Harmanpreet Kaur provided an update on Jemimah Rodrigues hand injury which kept her out of the second innings. Rodrigues, who scored an unbeaten 44 from 31 balls, sat in the dug out with her right hand strapped.

"Jemimah is a fighter, these things happen. She will be fine, she got a little strain on her hand but she should be able turn up for the final," Kaur said.

India will face the winner of the second semifinal between Australia and New Zealand on Sunday for the Gold Medal.