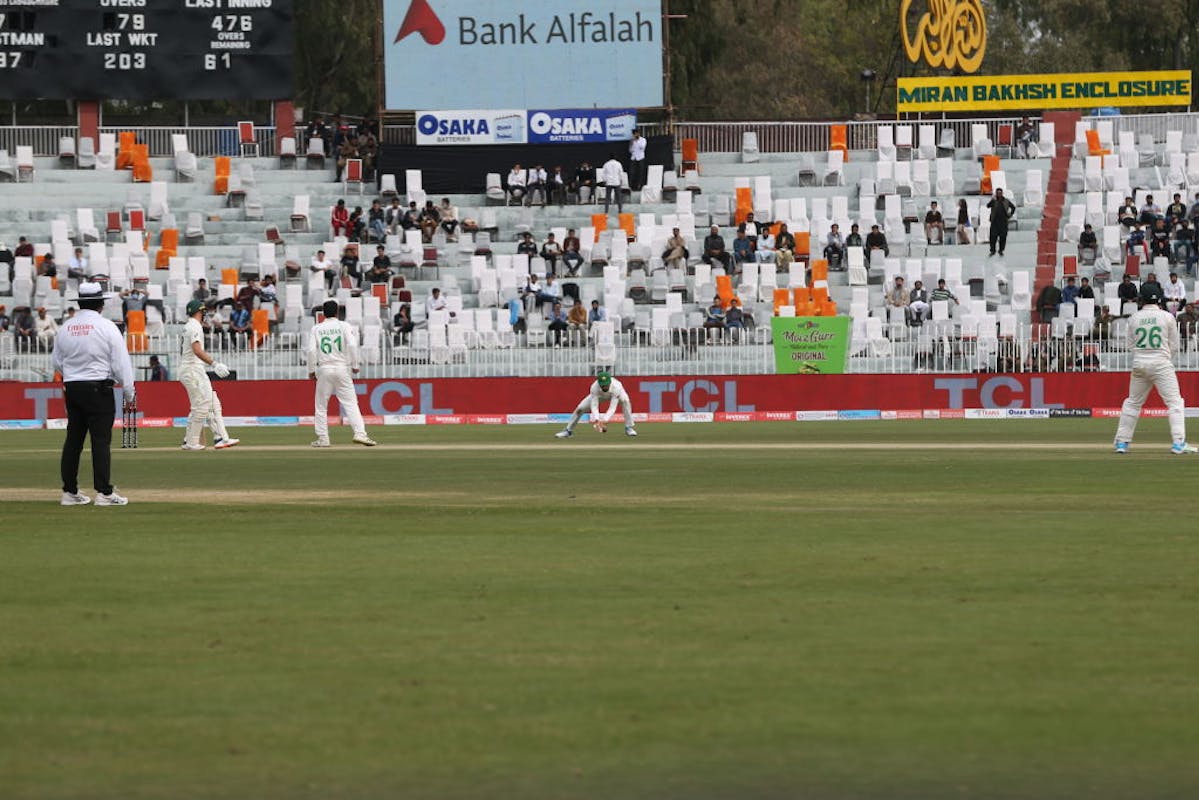 According to the itinerary, England will be in Abu Dhabi this week and will travel to Pakistan on November 26

When former Pakistan Prime Minister Imran Khan was shot during an anti-government long march in Rawalpindi, doubts over the city’s political situation emerged and Karachi, which has become a hub for Pakistan Cricket in the last few years, emerged as the frontrunner to host the series. However, the Pakistan Cricket Board (PCB) have decided against it and assured that the first Test will be played in Rawalpindi from December 1 before moving to Multan and Karachi for the second and third Test respectively.

Recently, England Test skipper Ben Stokes expressed his concerns regarding the security but left the decision to the England and Wales Cricket Board (ECB) to take a decision on the same. The ECB have been keeping a close track of the developments with ECB security advisor Reg Dickason recently in the country to assess arrangements for the series. Dickason, who runs the security firm ESI Risk, was previously involved with the England team that toured Bangladesh in 2016 after a terrorist attack in Dhaka.

"Obviously what happened there last week was a bit of a shock to see. But we've currently got Reg Dickason out there. He's been the main [security] man for England for many years now. In my opinion he's the best man to be out there to assess the situation," Stokes told reporters last week.

After being ousted from power, Imran Khan has been leading a march for fresh elections with his PTI (Pakistan Tehreek-e-Insaaf - Movement for Justice) party and given Rawalpindi is the army headquarter and sits closely with Pakistan capital Islamabad, it has been a hub for protest. With a lot of people protesting last week following the assassination attempt of Imran Khan, the Quaid-e-Azam trophy game between Sindh and Khyber Pakhtunkhwa at Pindi stadium was delayed by a day as the teams couldn’t travel to the venue.

According to the itinerary, England will be in Abu Dhabi this week and will travel to Pakistan on November 26.