Rohit, Williamson, and others who could be playing their last T20 World Cup 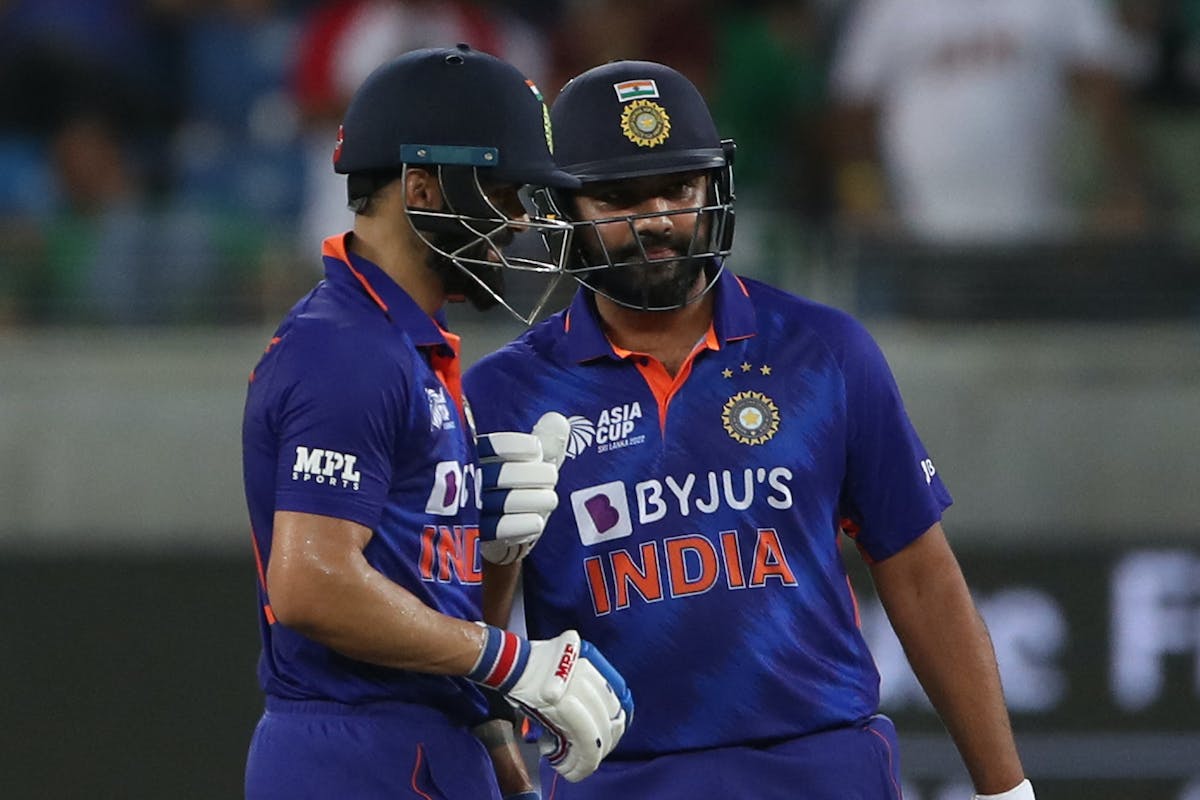 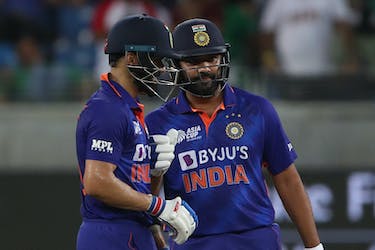 Rohit, Williamson, and others who could be playing their last T20 World Cup

India are ready for life without Rohit and Kohli, at least in the shortest format of the game. There are way too many young talented batters waiting in the wings and it won’t come as a surprise if the two leading run-scorers in T20Is hang up their boots after this World Cup and focus on the other two formats. To be honest, India need them more in Tests and ODIs than they need them in T20Is. Rohit is 35, while Kohli is 33. The age is not a concern, it’s just the amount of cricket India play and we have seen these two miss quite a few games over the last one year due to various reasons.

Let’s talk about Rohit first. The right-handed opener is India’s captain in all three formats but it’s impossible to play every single bilateral series, especially at the age of 35. The next year’s 50-over World Cup is in India and that will be Rohit’s main focus once this showpiece event gets over. Then there is Test cricket, in which he has been extremely successful as an opener of late and would want to continue for at least two-three years. Meanwhile, the equation for Kohli is quite simple. His game is best suited to ODIs and we all know how much he loves Test cricket. After having played non-stop cricket for more than 10 years, Kohli could give up this format to prolong his international career.

You have also got two senior pros from Tamil Nadu - Karthik and Ashwin. The former was nowhere near the Indian T20I set-up and was doing commentary for Sky in the UK. Then came IPL 2022 and it changed everything. Playing for RCB, Karthik smashed 330 runs at a strike rate of 183.33 and became their designated finisher. The 37-year-old received the India call-up for the South Africa T20Is in June and hasn’t looked back since then. His statement Ashwin has always been around and is still India’s best offspinner. Karthik has just one job but Ashwin has kept on evolving and could operate at any phase of the game. However, he is 36 too and it won’t be easy for him to keep going.

Smith has never been a T20 player and it’s highly likely that he won’t be part of Australia’s playing XI in the World Cup. "I think all the members of our 15 have a role to play but I don't think that will be starting in the 11 for Steve," said Australia's Chairman of Selectors George Bailey. Smith has an average of 25.74 and a strike rate of 125.34 in 62 T20Is he has played so far. In the 2021 T20 World Cup, the Kangaroos deployed Smith as a ‘collapse-stopper’, but a move away from that strategy has seen them instead lean towards young and fearsome Tim David. Smith is lucky to be even part of the squad and Australia could move away from him altogether after this mega event.

Australian captain Finch hasn’t been at his best for a while, having managed 405 runs in 17 innings at a strike rate of 122.7 since the last World Cup. Australia did win the last edition but Finch could score 135 runs in seven innings at a strike rate of 116.37. The emergence of Cameron Green even forced him to bat at No. 3 and 4 in a few games prior to the World Cup and the young allrounder could be given that spot permanently once this tournament gets over. When it comes to Wade, the left-hander has done quite well since the last World Cup, smashing 274 runs in 12 at an average of 68.5 and a strike rate of 150.6. He has regularly been finishing games for Australia but is already 34 and once that form drops, it would be tough for Wade to hold on to his spot. 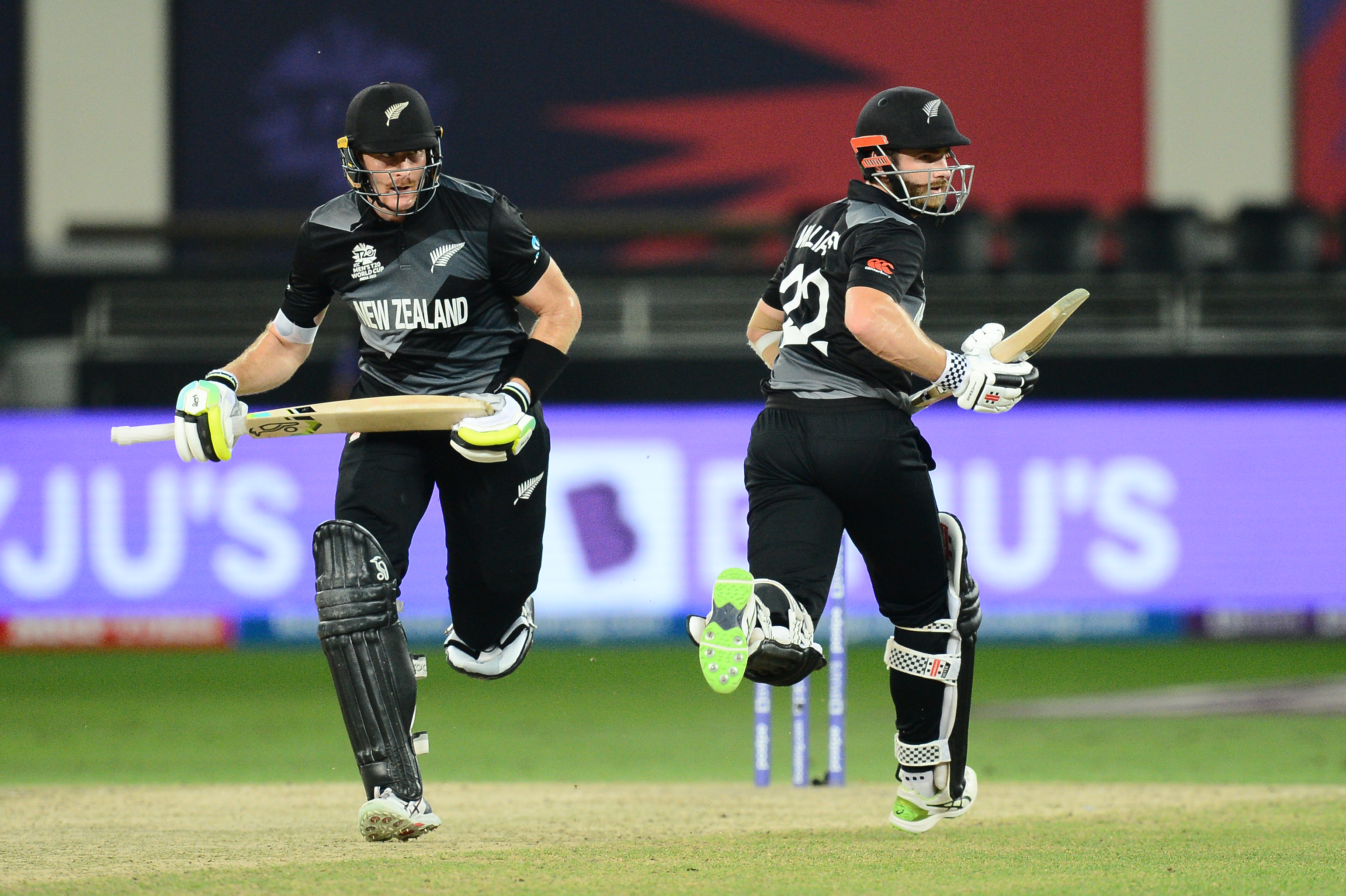 Two stalwarts of New Zealand cricket, Williamson and Guptill seem to be running out of time. New Zealand skipper Williamson’s numbers haven’t been great since 2021. Amongst batters from the top-10 ranked sides who have faced at least 100 balls in the powerplay since 2021, Williamson (94.2) has the third-worst strike rate. Overall as well, the right-hander has a strike rate of less than 120 since 2021. Guptill, who is the third-highest run-scorer in T20Is, has also fallen off the radar a bit. The Blackcaps have been using Devon Conway and Finn Allen as their first-choice opening partnership and it won’t be easy to fit the 36-year-old in the middle-order.

Masood had a terrific PSL 2022, scoring 478 runs in 12 innings at a strike rate of 138.15, but he got those runs while opening the innings for Multan Sultans. However, with Babar Azam and Mohammad Rizwan in the Pakistan set-up, Masood hasn’t been given an opportunity to open the innings and his numbers haven’t been great (220 runs @ 24.44 and a strike rate of 125) in T20Is. Pakistan have also added Fakhar Zaman back in the main squad and he could actually play ahead of Masood. Meanwhile, Iftikhar only has one fifty in 32 T20Is and operates at a strike rate of 125.58, which is way too low for someone who generally bats in the middle and lower middle-order. He is in the team largely for his part-time offspin.

What do you do with Bavuma? South Africa have won 13 of their 20 T20Is under his leadership, but as a batter, the right-handed opener has hardly done anything fruitful in his T20I career so far. He averages just 23.54 in 28 encounters and has a strike rate of 116.49. In his last 17 innings, Bavuma has 10 single-digit scores. He has an average of just 10.67 and a strike rate of 82 since the last World T20. In fact, he didn’t even get picked in the SA20 auction. It’s because of him South Africa can’t get in-form Reeza Hendricks in their playing XI. Bavuma is the right man for the job when it comes to captaincy but that’s never going to be enough to survive at this level.

The 34-year-old paceman is still believed to be England’s best death bowler but Jordan has never been consistent enough to become a reliable option. It was England’s death bowling that knocked them out of last year’s World Cup, hence they will have to be careful this time around. Sam Curran has been superb in the final phase of late and the seam-bowling all-rounder will get a nod ahead of Jordan. In T20Is since 2021, Jordan has an economy of 10.1 in the death overs and it would be tough for the team management to bet on him.