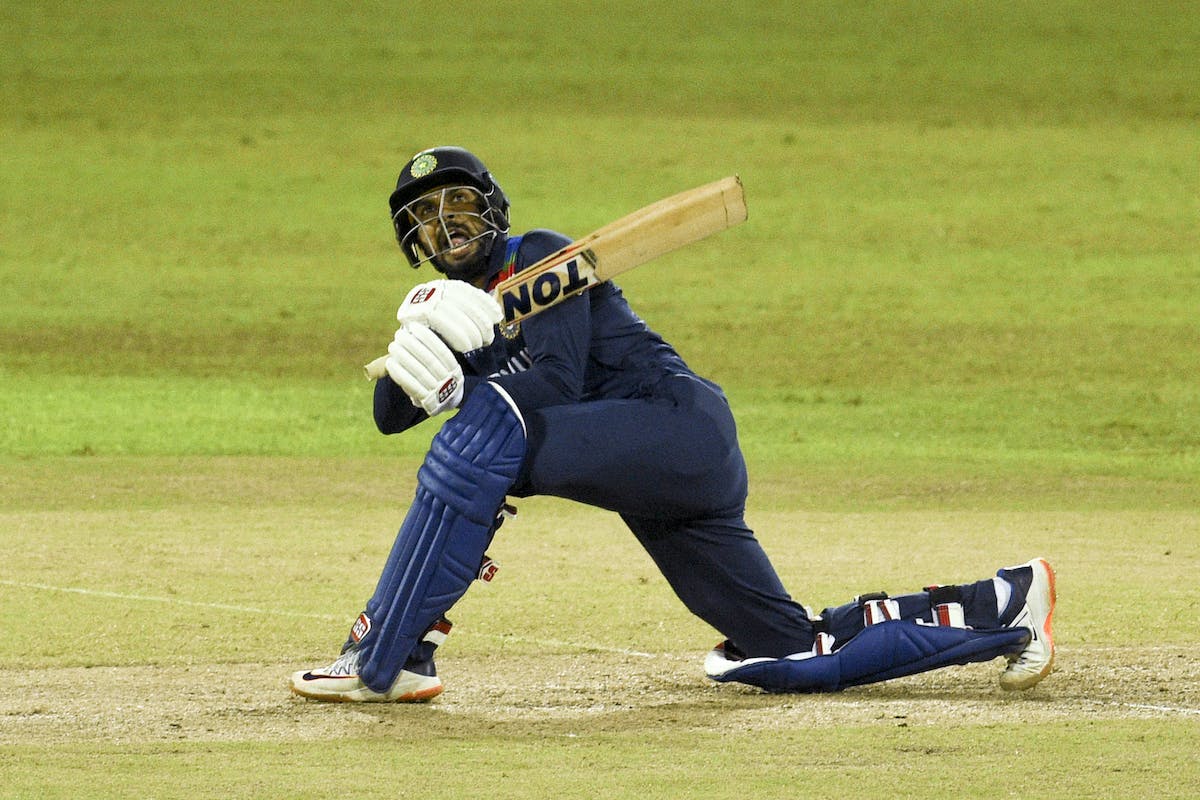 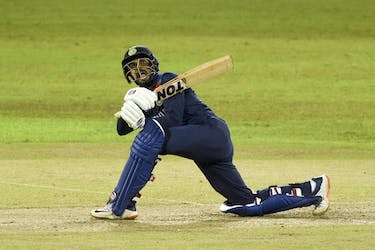 En route his stroke-filled 220 not out off 159 deliveries, Maharashtra batter Ruturaj Gaikwad set a record for scoring the most runs in a single over in List A cricket. Gaikwad took Uttar Pradesh Shiva Singh to the cleaners scoring 42 runs off the bat in the penultimate over of the innings, which also involved a no-ball, during the quarter-final tie of the Vijay Hazare Trophy 2022-23 in Ahmedabad.

Maharashtra eventually finished with 330 for 5 from their 50 overs with 58 runs coming off the last two overs. His 16 sixes are the joint-highest by an Indian batter in an innings in List A cricket. Rohit Sharma is the only other batter to achieve this feat.

Gaikwad managed to smash every single ball over the fence to get to his maiden double ton in the 50-over format. Forty three runs in an over has been achieved only once previously in competitive 50-over cricket. 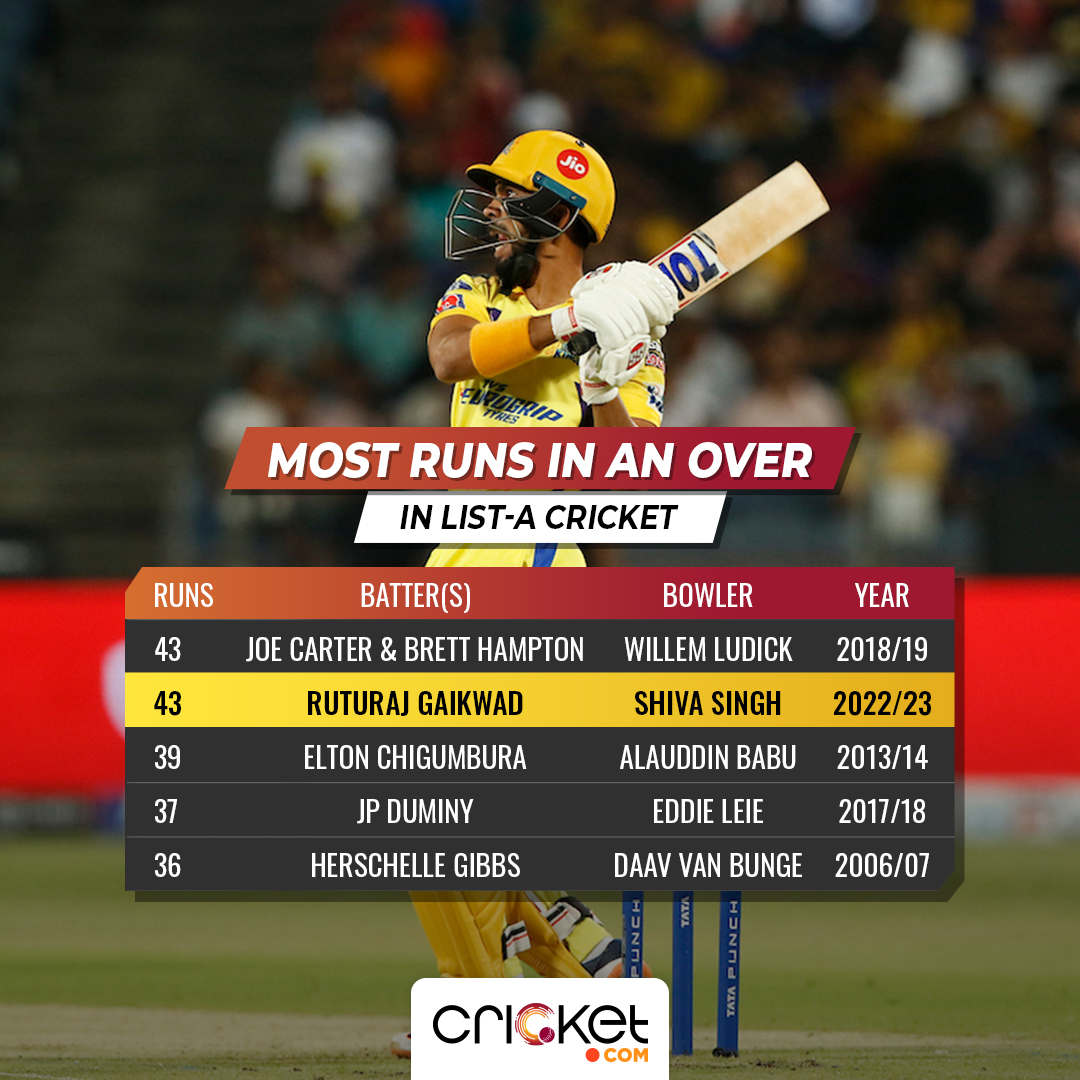 The pair of Brett Hampton and Joe Carter of Northern Districts combined to achieve this feat against Central Districts off the bowling of Willem Ludick in the Ford Trophy in Hamilton in 2018.

Gaikwad is also the first batter to hit seven sixes in an over and the 11th Indian to hit a List A double ton, surpassing his previous best score of 187 not out. He becomes the first-ever batter to score a double century in the knockout stage of the Vijay Hazare Trophy. Gaikwad went past R Samarth's score of 192, which he scored for Karnataka against Kerala in the quarter-final last year.

Playing just his third match of the tournament, Gaikwad already has two centuries to his name, with the first one (124*) coming against Railways in Ranchi on November 12.

He now has 384 runs in the tournament, scoring at a strike-rate of 118.51. Only Ankit Bawane (461) and Rahul Tripathi (521) have scored more than Gaikwad in the tournament but have played four innings more. Maharashtra have won all their seven matches in the tournament so far and a win over UP will book their place in the semis.

The two semi-finals will also be played in Ahmedabad on November 30, while the final will take place here on Friday (December 2).

Earlier in the tournament we saw Tamil Nadu's N Jagadeesan registering the highest List A score when he hit 277 against Arunachal Pradesh. Tamil Nadu also became the first team in List A history to breach the 500-run mark.

Gaikwad has played 10 white-ball matches for India since making his debut in a T20 International (T20I) against Sri Lanka last year. He has been on the fringes on many tours in the recent past, but in the last 4-5 months or so, he has managed just one game - an ODI against South Africa in Lucknow in October.

He has also been overlooked for the ODI tour of Bangladesh, starting next month, with Rajat Patidar and his Maharashtra teammate Tripathi preferred ahead of him.

With the tussle for top-order in the Indian white-ball teams heating up, the CSK batter has been left warming the bench more often than not.