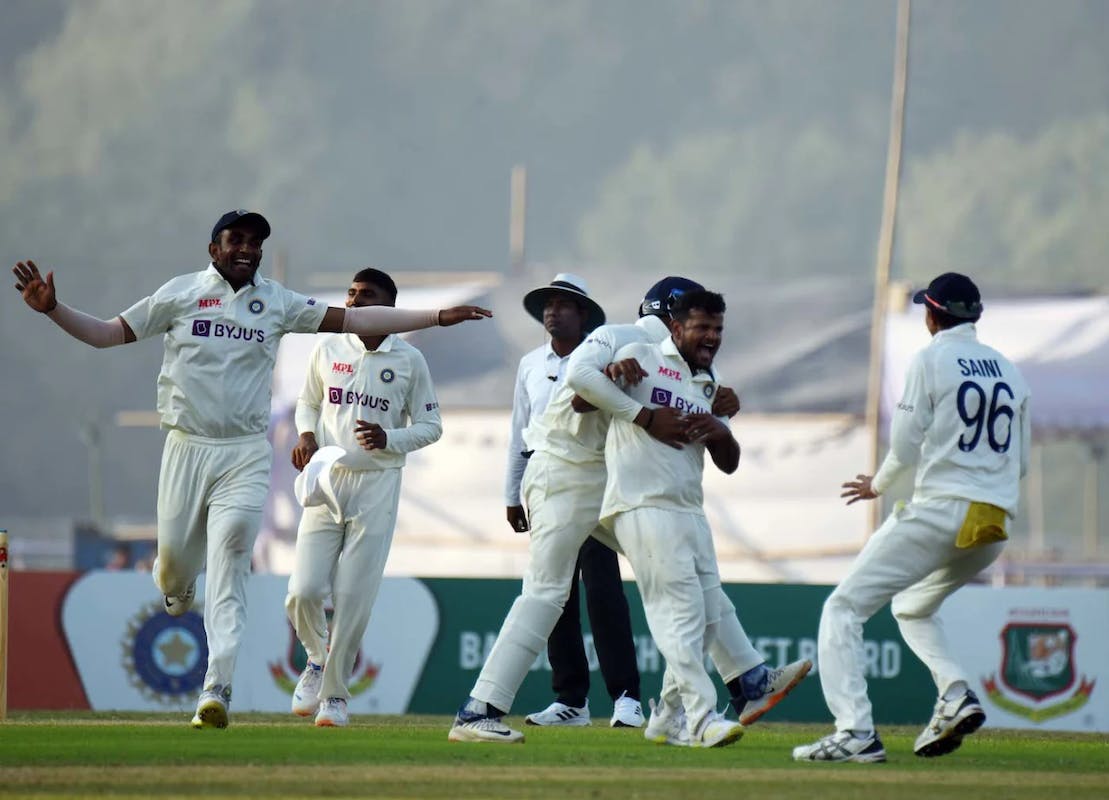 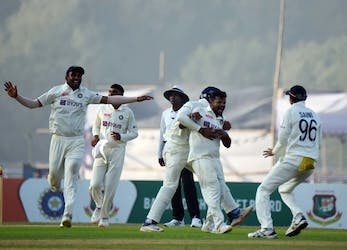 India A seal the series 1-0, with an innings and 123 runs win in Sylhet

After reducing Bangladesh A to 49/2 at the close of third day’s play, India ‘A’ started in the best possible manner with the early wicket of Mominul Haque early in the fourth day’s play. It was the left-arm spinner, Saurabh Kumar, who was amongst the wickets bamboozling the hosts.

The Uttar Pradesh spinner struck again later in the day, to remove the in-form Shahadat Hossain, who had raced away to 29 off 61 deliveries, with five boundaries in the day. Navdeep Saini, who was amongst the runs (50*) on day three removed both Jaker Ali (22) and skipper Mohammad Mithun – in the same over – to further jolt the hosts.

Saurabh then cleaned up the lower order, with three wickets, dismissing Sumon Khan (8), Hasan Murad (0), Ashiqur Zaman (6) to reduce Bangladesh to 182/9, with the hosts losing seven wickets on the day, adding just 133 runs to their overnight total here in Sylhet.

Umesh Yadav returned to the attack and cleaned the No.11 batter, Musfik Hasan (0), to hand India ‘A’ a memorable innings and 123 runs win, to seal the series 1-0. In the first unofficial Test, the visiting Indians were hard done by the last-wicket pair and the dying light but spirited display across both innings with the ball ensured that the win was theirs.

From the batting front, India have a lot of positives, especially with the way Indian probable, Abhimanyu Easwaran tackled the bowlers, en route to scoring a monumental 157 off 248 balls, a knock that saw 14 fours and two sixes scored. Indian regular, Cheteshwar Pujara too chipped in with a 124-ball 52, with seven boundaries.