Sensational Travis Head puts Australia in command at the Gabba 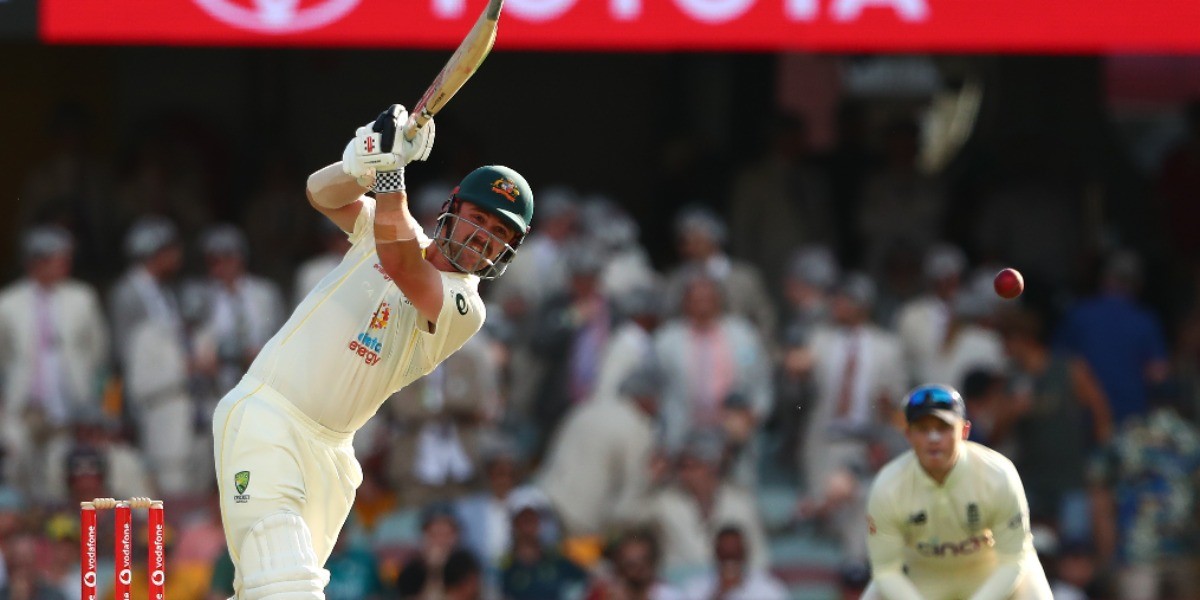 Sensational Travis Head puts Australia in command at the Gabba

Australia threatened to lose their way half-way into Day 2, but a stunning ton from Travis Head in the final session ensured to stretch their lead to 196 and effectively bat England out of the first Test in Brisbane. After a fine partnership between Warner and Labuschagne, a mini-collapse saw Australia get reduced to 195/5, but a sensational 85-ball ton from Head took them to 343/7 at the end of Day 2, firmly in command of the first Test with three more days to go.

Australia run away with first session after nervy start

Much to England’s dismay, there were no signs of cloud cover on the morning of Day 2, with the sun belting down at the Gabba, but despite the odds stacked against them, it was the Three Lions who took charge early on in the second innings. Chris Woakes and Ollie Robinson started off in super tidy fashion against both the Australian openers and the sustained discipline from Robinson saw him get the better of Marcus Harris (3), who once again looked out of his depth at the international level.

Harris’ wicket brought in Marnus Labuschagne, and what followed was a mouth-watering passage of play in which the batters were kept on their toes the whole time. Robinson and Woakes continued to be disciplined, while the extra pace of Mark Wood rattled Warner, who did not bat with any control against the right-armer.

But just when this phase seemed to have culminated into the wicket of Warner, who was cleaned up by Stokes in his first over, England were handed the worst news possible as replays showed that Stokes had overstepped. For the second home Ashes in a row, the southpaw got away thanks to being dismissed off a no-ball.

You can ill-afford to give Warner and Australia second-chances at home and the Kangaroos ensured to make England pay for the indiscipline as they got on top after the tight first hour to pile on a mammoth 113 runs in the first session without losing any more wickets. While Warner rode his luck and kept chipping away with runs, Labuschagne dominated the bowlers in the second half of the first session after leaving a large portion of the first fifty balls he faced in the innings. Labuschagne’s pacing was so good that he brought up his 11th Test fifty before the end of the first session, despite starting off slow.

The damning passage of play for England came in the final thirty or so minutes, where Australia added 42 runs in 5 overs. This was down to the brutal takedown of Leach, who got pummeled for 31 runs in the 3 overs he bowled, including three sixes.

England’s sloppiness in the field continued in the second session as moments after restart, Rory Burns put down an absolute dolly to hand David Warner yet another reprieve. Warner nicked one off Robinson to the slip cordon, and Burns put down a sitter which came to him at a comfortable height.

The drop turned out to be the wake-up call Australia needed as both Labuschagne and Warner got into their zone post that. Like they did towards the end of the first session, the duo started playing ultra-positive cricket, and got right on top of the English bowlers. Intent overflowed from their bat, and they were starting to pummel the English bowlers into submission.

However, against the run of play, a lapse in concentration from Labuschagne saw him cut a rank half-tracker straight to Mark Wood at point. Labuschagne was batting exceptionally and flawlessly, but the moment of madness saw him gift England a breakthrough out of nowhere to bring them back into the contest.

The wicket of Labuschagne brought in Steve Smith, but to England’s surprise, Smith looked completely off colour as after a fidgety first 18 balls, he nicked one off Mark Wood on his 19th ball to depart to the dressing room for just 12. It was a dismissal no one really saw coming.

Warner stayed put and reached the Tea interval batting on 94*, but it was England who ended up winning the session, thanks to the double blow of Labuschagne and Smith.

Australia lost Smith at the stroke of tea, but things went from bad to worse in the final session, with Ollie Robinson removing both Warner and Cameron Green in back-to-back balls. In no time, they went from 189/2 to 195/5. Mind you, at this point, England were very much in the game, with the Aussies just 48 ahead.

A positive 41-run stand between debutant Alex Carey and Travis Head then happened, but Woakes removed Carey for 12 to put Australia in a spot of bother at 236/6. England were into the tail and were looking at realistically bowling Australia out under 275.

However, much to the surprise of almost every person watching, what followed next was something no one quite expected as in remarkable fashion, Travis Head smashed an 85-ball ton to stretch Australia’s lead to 196 and effectively bat England out of the game.

Head entered the final session having not faced a single ball, but he absolutely obliterated everything that came his way to sensationally bring up a ton, the third of his career, inside one session. In all he struck 13 fours and 2 sixes, and having no answers to his onslaught were the English bowlers, whose tired legs were taken advantage of by the former Test vice-captain.

England were able to pick up one more wicket before stumps, the one of Cummins, but it was Australia who went into stumps the happier of the two sides, with Head unbeaten on 112.