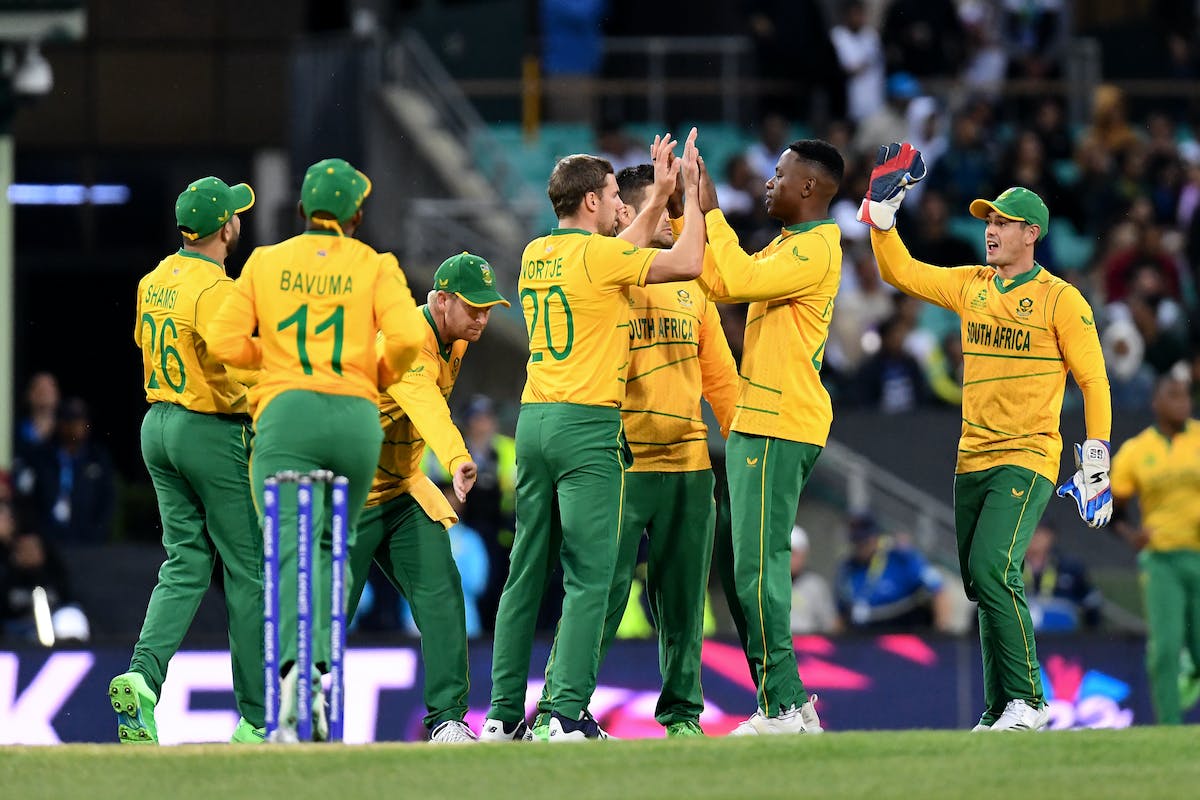 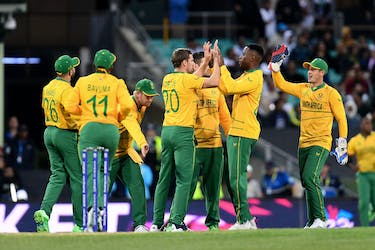 Two spots, and five possible contenders from Group 2. Alright, let’s be more realistic. Zimbabwe are more or less out of the race, while Bangladesh’s poor NRR (-1.276) could lead to their downfall, that is if they manage to defeat Pakistan. The Men in Green will also need at least one result to go in their favour if they want to make it through to the semi-finals of the 2022 T20 World Cup. Hence, India and South Africa are the only two sides from this group who have their fates in their own hands.

All India have to do is beat Zimbabwe, and the same goes for Temba Bavuma and his men who will come face to face against the Netherlands at the Adelaide Oval. Scott Edwards and Co. have already been knocked out of the World Cup but wouldn’t mind spoiling South Africa’s party and ending this World Cup on a high. The Proteas were given a “wake-up call” by Pakistan in their previous encounter and will have to be at their absolute best against the Netherlands.

South Africa have one of the fiercest pace attacks in the showpiece event. Kagiso Rabada has been the face of South Africa’s fast-bowling unit for a while now, while Lungi Ngidi is an outright wicket-taker. Then there is Anrich Nortje who is as quick as they come. These three often end up stealing all the limelight, allowing Wayne Parnell to fly under the radar. Amongst South African bowlers who have bowled at least 10 overs this year, the left-arm seamer (7.5) is the only one with an economy of less than 8.

In this World Cup, Parnell has claimed five wickets in four matches at an impressive economy rate of 5.83. Nortje and Ngidi have picked up more wickets but it’s Parnell who has bowled with a lot better control. The 33-year-old has been consistent for South Africa ever since his comeback and allowed other bowlers to attack and go for wickets. It would also be interesting to see which spinner South Africa go with. Tabraiz Shamsi was preferred over Keshav Maharaj but the former has an economy of close to 9 in 2022. It’s quite simple, Shamsi is a wicket-taker, while Maharaj brings more control.

Hit-or-go-home is the right approach for Bavuma

South Africa’s batting unit struggled big time against Pakistan but the team management would be happy with the fact that Bavuma managed to find some touch. Prior to the match against Pakistan, the right-handed opener was averaging just 9.75 and striking at 77.2 in T20Is this year. His place in the T20I unit has been questioned numerous times and it’s because of him that in-form Reeza Hendricks can’t find a place in the playing XI. There is not a single stat that would convince anyone why Bavuma is playing ahead of Hendricks except for the fact that he is the captain of the side. Bavuma is going nowhere, at least in this World Cup, and South Africa would want him to play with the same mindset that he did against Pakistan. 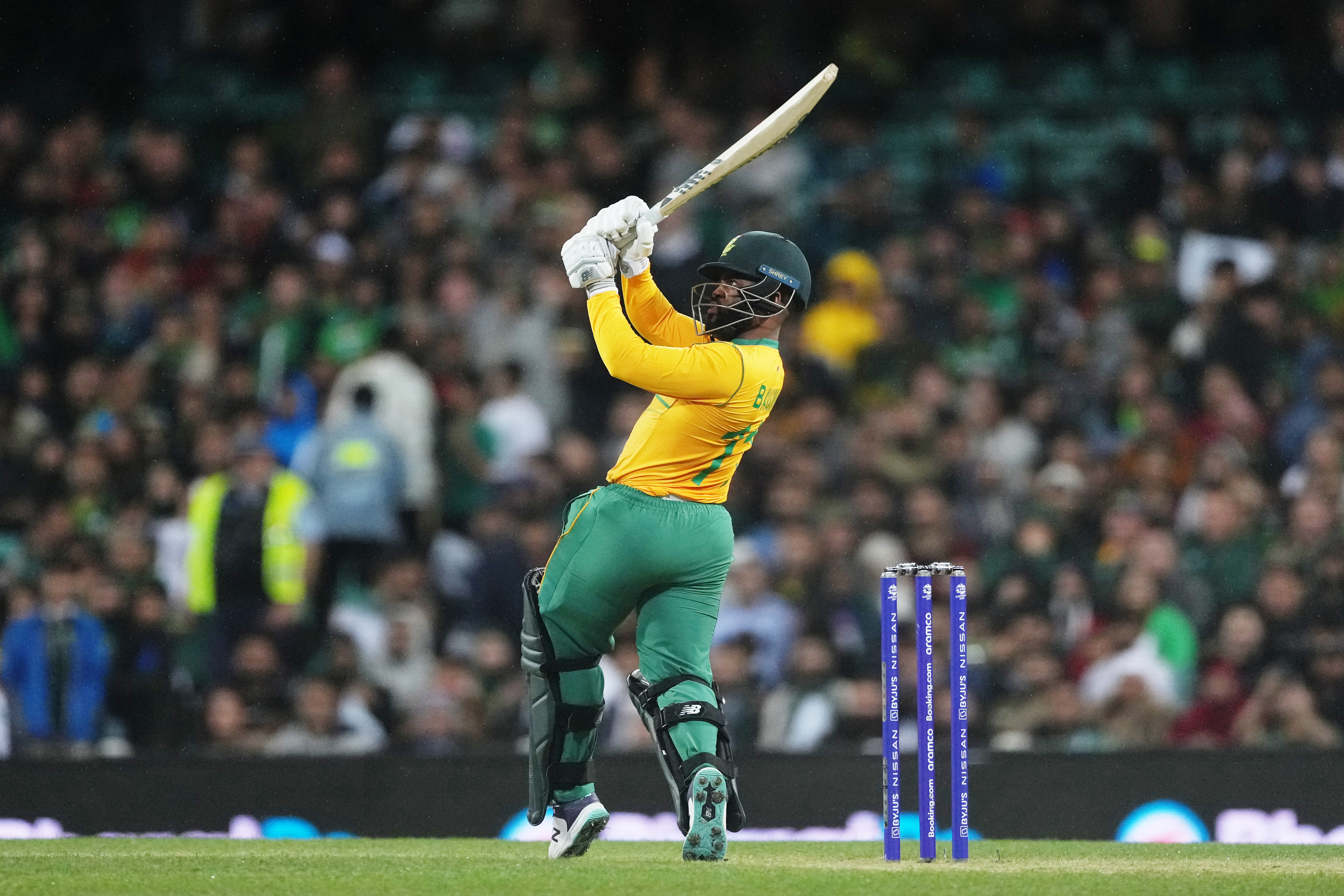 The 32-year-old slammed four fours and a six in his 19-ball 36 and registered just his second 10-plus score in nine T20I innings. Only once in his T20I career, Bavuma has operated at a better strike rate and this innings will do his confidence a lot of good. In Quinton de Kock, Rilee Rossouw and Aiden Markram, the Proteas have some quality white-ball batters, so Bavuma wasting deliveries in the powerplay would do them no good. South Africa missed the services of David Miller against Pakistan as the left-hander had to miss the game due to a lower back muscle spasm and they would hope that the in-form middle-order batter is match-fit for the all-important clash.

A World Cup to remember for van Meekeren

The Netherlands got their first win of the Super 12 stage when they defeated Zimbabwe by five wickets on Wednesday. They could have also got the better of Bangladesh but their batters simply haven’t been consistent enough. However, the same can’t be said about their bowling unit, with Paul van Meekeren leading the charge. The right-arm paceman has picked up 10 wickets in seven encounters at an economy of just 5.89 in this competition. He has an economy of less than seven in every single phase and has also got big wickets.

Overall, in the Super 12 stage, the Netherlands’ bowling unit has the fourth-best economy rate (7.3) and balls/boundary (8). The likes of Tim Pringle, Roelof van der Merwe, Fred Klaassen, Bas de Leede, Logan van Beek and Brandon Glover have all been pretty good and it's not going to be very easy for the South African batters to put them away. In the batting department, the Men in Orange will once again rely on Max O'Dowd as the other batters haven’t really been able to step up.