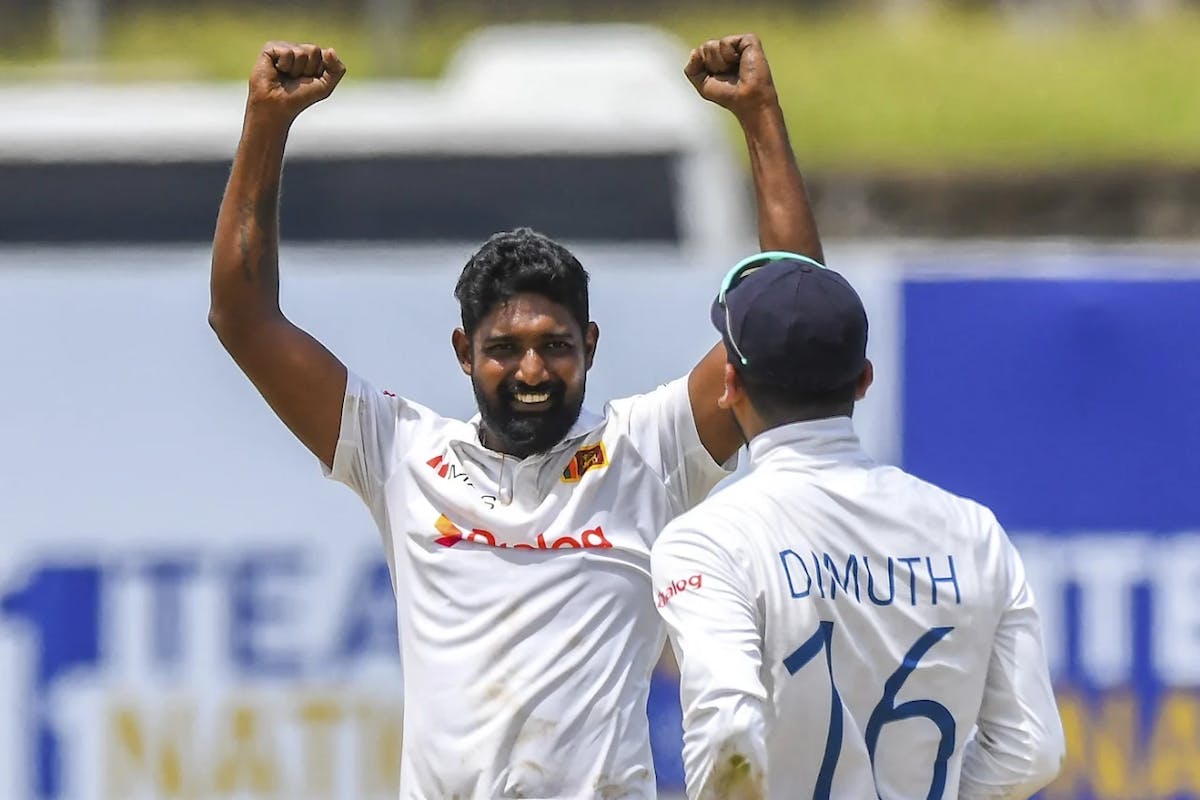 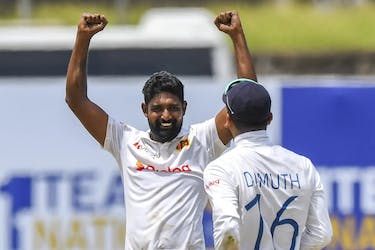 Sri Lanka made a stunning comeback in the second and final Test against Pakistan to level the series 1-1. We saw almost everything in these two Tests. We saw some quality knocks from the likes of Babar Azam, Dinesh Chandimal, Abdullah Shafique and Dhananjaya de Silva, while Prabath Jayasuriya, Ramesh Mendis and Shaheen Afridi made the ball talk. So, let’s look at some of the major talking points to emerge from this series.

Test cricket is not that easy, Mr. Jayasuriya!

"It hasn't been an easy journey. It was tough to come to Colombo for cricket (from the inland town of Matale, just north of Kandy), because I had no family there and I was alone. Lots of people helped me. I had financial problems as well. I had to balance all that, and didn't want to put pressure on my family either. I gave my everything towards that goal and have some success now."

Doesn’t matter which team you support, watching Prabath Jayasuriya do well at this level will always bring a smile to your face. The journey to the top hasn’t been easy but the left-arm spinner couldn’t have asked for a better start to his Test career. The 30-year-old has only featured in three Tests but is already the joint-highest wicket-taker in 2022 (29 wickets at an average of 20.4). Jack Leach has also picked up the same number of wickets but he has played eight Tests.

After Sri Lanka lost the first Test against Australia earlier this month, Sri Lanka dropped Lasith Embuldeniya and Praveen Jayawickrama and brought in Jayasuriya. Dimuth Karunaratne wanted a spinner who could not just take wickets but also bowl long and tight spells. Having already played 62 first-class matches, Jayasuriya got his maiden Test call-up and straightaway made a massive impact. He claimed 12 wickets in his first Test and helped Sri Lanka level the series.

Just one-Test old, Jayasuriya looked like the leader of the pack during the Pakistan series and scalped 17 wickets in two Tests. He was the only bowler who constantly troubled Babar. Whenever Sri Lanka needed some control or a wicket, he delivered. In his first six innings, Jayasuriya has bowled 216.2 overs, which is close to 36 overs per innings. Former India legspinner Narendra Hirwani is the only one who has taken more wickets (31) than Jayasuriya in his first three Tests. With four five-wicket hauls in his first six innings, Jayasuriya is making Test cricket look easy.

Pakistan’s top-order (1-3) clearly outperformed Sri Lanka’s, but when it came to the middle-order (4-7), the likes of Chandimal, Angelo Mathews, Dhananjaya, Niroshan Dickwella and Karunaratne (only in the second innings of the second Test) did the job for the home side. In this series, Pakistan’s upper-order operated at an average of 37.5, while the corresponding number for Sri Lanka’s top-order was 23.8. However, talking about the middle-order, Sri Lanka were far more impressive (48.3 v 27.3).

Surprisingly, that has been the story for Sri Lanka this year. The likes of Karunaratne, Kusal Mendis, Lahiru Thirimanne and Pathum Nissanka haven’t really done the job at the top this year. Sri Lankan skipper Karunaratne only scored one half-century in the series and that too came batting at No. 6. The opener crafted four centuries in 13 innings in 2021 but has only one hundred in 15 innings this year. Meanwhile, Kusal too didn’t really do too well batting at No. 3.

However, the Sri Lankan team management would be delighted with the way their middle-order has performed this year. Chandimal (680 runs in nine innings) is averaging close to 100 and smashed three fifties in four innings against Pakistan. Mathews too is averaging over 50 this year, while Dhananjaya and Dickwella too have made some outstanding contributions in the middle-order. It was Dhananjaya who slammed a match-killing century in the third innings of the second Test. Kusal too has also been pretty good batting outside top-three. Sri Lanka now have a formidable middle-order and this will make Karunaratne’s life easier at the top.

Pakistan spinners are not so impactful

The difference between Pakistan spinners and their Sri Lankan counterparts was quite visible during the series. Jayasuriya and Co. easily outperformed the likes of Yasir Shah, Nauman Ali, Mohammad Nawaz and Agha Salman. Sri Lankan spinners operated at an average of 25.7 and an economy of 2.6, while the corresponding numbers for Pakistan spinners were 39.3 and 3.6 respectively. Sri Lankan spinners didn’t just take more wickets but were also far more economical. Nawaz did claim 10 wickets but Yasir and Nauman both struggled for consistency. Pakistan spinners have the second-worst average (38.1) and third-worst strike rate (74) in Test cricket since 2021 (minimum 10 innings), and all of this despite playing most of their Tests in Asia. Even in the subcontinent, Pakistan have the third-worst average (37.5) and strike rate (74.4) in this time frame (minimum five innings). Yasir (38.4), Sajid Khan (37.8) and Nauman (34.2) all have an average of above 34 since 2021. As a matter of fact, Pakistan fast bowlers have betters numbers than their spinners in Asia in this time period.

Babar in a league of his own

No. 1 in ODIs and T20Is, No. 3 in Tests, Pakistan captain Babar is currently one of the best all-format batters. With scores of 119, 55, 16 and 81, the 27-year-old ended the series as the joint-highest run-getter alongside Chandimal. Shafique might have stolen all the limelight in the first Test with his unbeaten fourth-innings century but it was Babar who kept them in the contest in the first innings. The visitors were reduced to 112/8 in response to Sri Lanka’s 222 but Babar batted superbly with the tail and scored a stunning century. Eventually, Pakistan conceded a lead of just four runs in the first essay.

The stylish right-hander missed out on a hundred in the fourth innings of the second Test but Pakistan had hopes of saving the Test till he was at the crease. In Tests since 2018, Babar has amassed 2647 runs in 53 innings at an average of 57.54, studded with 19 fifties and seven centuries. Amongst batters who have batted at least 50 times in this period, Babar has the best average and second-best balls/dismissal (103.4). What makes him even better is his record in the fourth innings. Since 2018, he averages 63.78 in the final innings and is one of the only five batters who have scored four or more fifty-plus scores in the fourth innings in a calendar year.