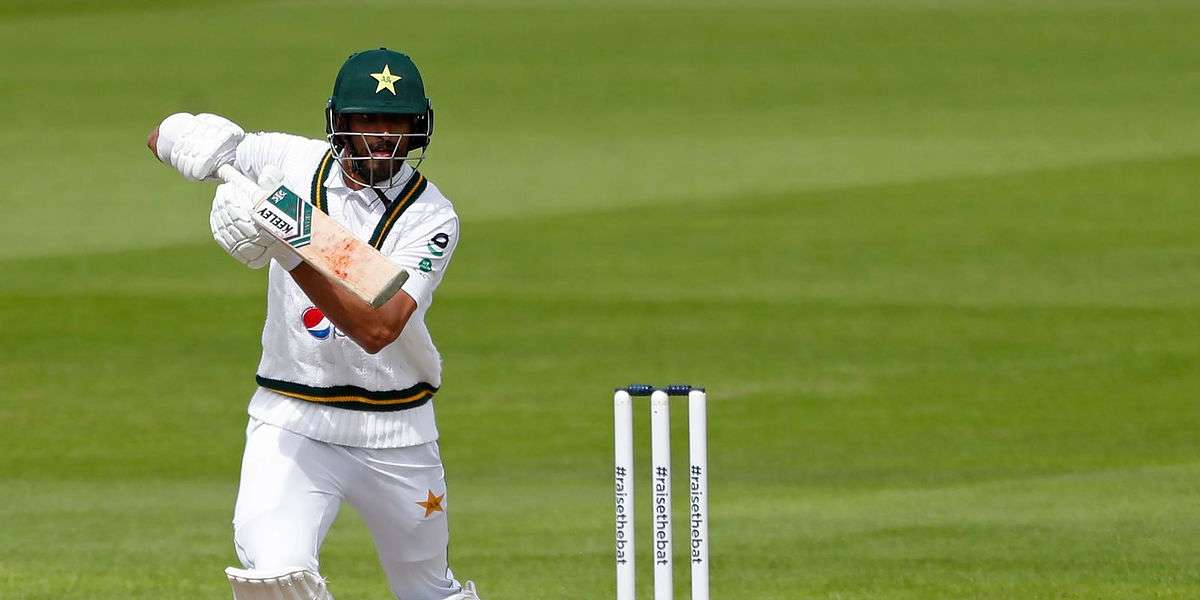 After Babar Azam’s 69 off 106 in the first innings of the Manchester Test, ex- England captain Nasser Hussain said, “It’s not the fab 4 it is the fab 5 batsmen of the modern era and Babar is undeniably the 5th batsman.” Since 2018 in Tests, Babar Azam has an average of 63.0, the second best among the batsmen with 1000+ runs. Babar was coming off a purple patch with 4 successive 50+ scores, out of which three were centuries. In the first innings he became the 7th Pakistan batsman to score 50+ scores in 5 or mores consecutive innings. Zaheer Abbas, Mohammad Yousuf and Misbah-ul-Haq have 6 consecutive 50+ scores. 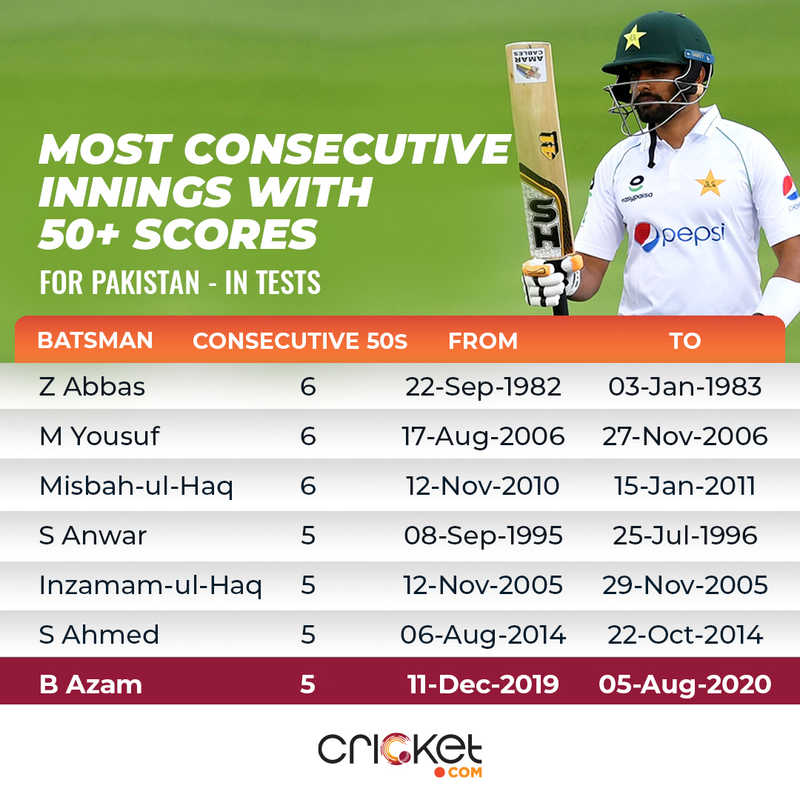 Two of probably the brightest prospects of Pakistan batting were exceptional in the first innings of the 1st Test. If Babar’s feat of consecutive 50s wasn’t enough, Masood’s achievement of three consecutive 100s was a level higher. Masood became the 6th Pakistan batsman to score 100s in three consecutive innings. His former skipper and the current head coach Misbah-ul-Haq was the last to achieve the feat. In fact, both Misbah and the batting coach Younis Khan feature in that elite list. 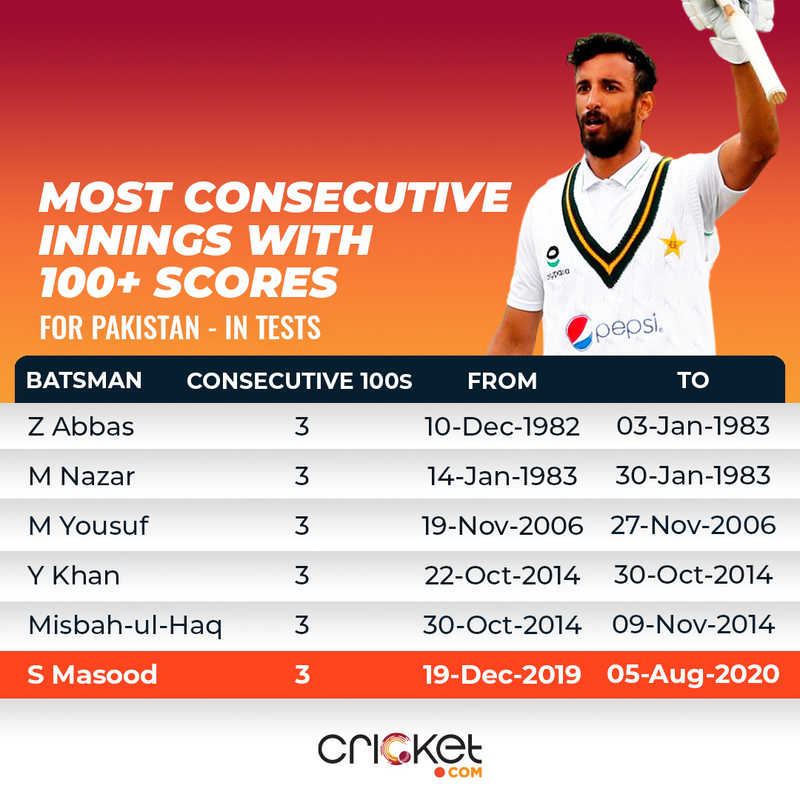 It is never easy to score off the duke ball, especially for an opener. Shan Masood defied all those odds to score a magnificent 156 in the 1st innings. The last Pakistan opener to score a century in English condition was Saeed Anwar in 1996. Since then Pakistan had played 18 matches. Masood’s score of 156 is the 4th highest by a Pakistan opener. He also became the 11th Asian opener to score 150+ in Tests in England. 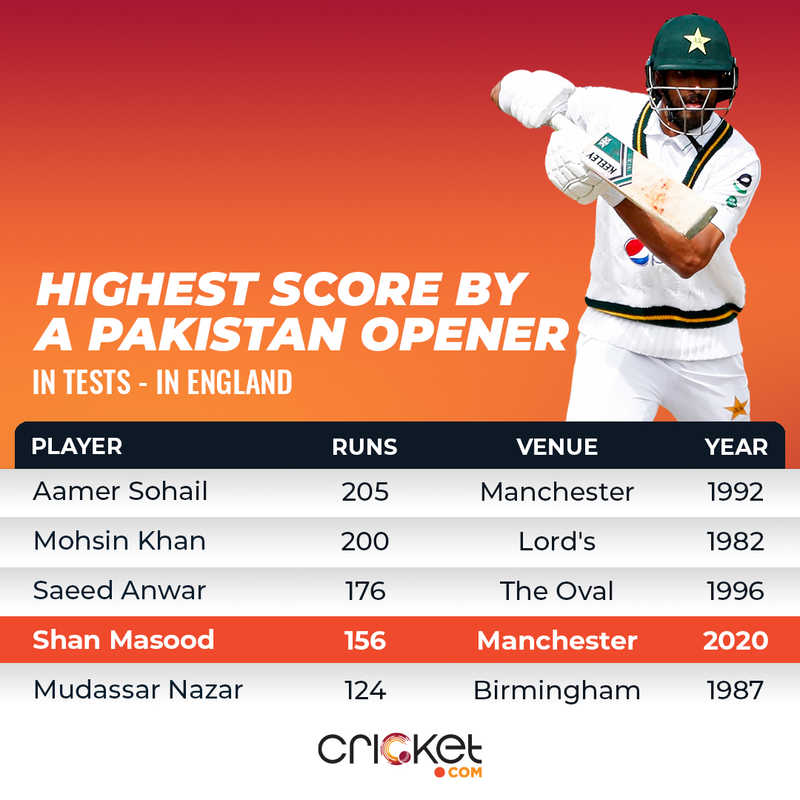 After scoring a hundred in the first innings, Masood failed to open his account in the 2nd innings. Though Pakistan had a hefty lead, they needed a good start form their openers, particularly Masood. But, that wasn’t the case as he fell for a duck trying to glance a ball down leg. He became the 4th Pakistan batsman to score a 150+ in the 1st innings and score a duck in the 2nd innings. He was the 2nd opener for Pakistan after Hanif Mohammad and 6th overall opener to feat this record in a single Test. 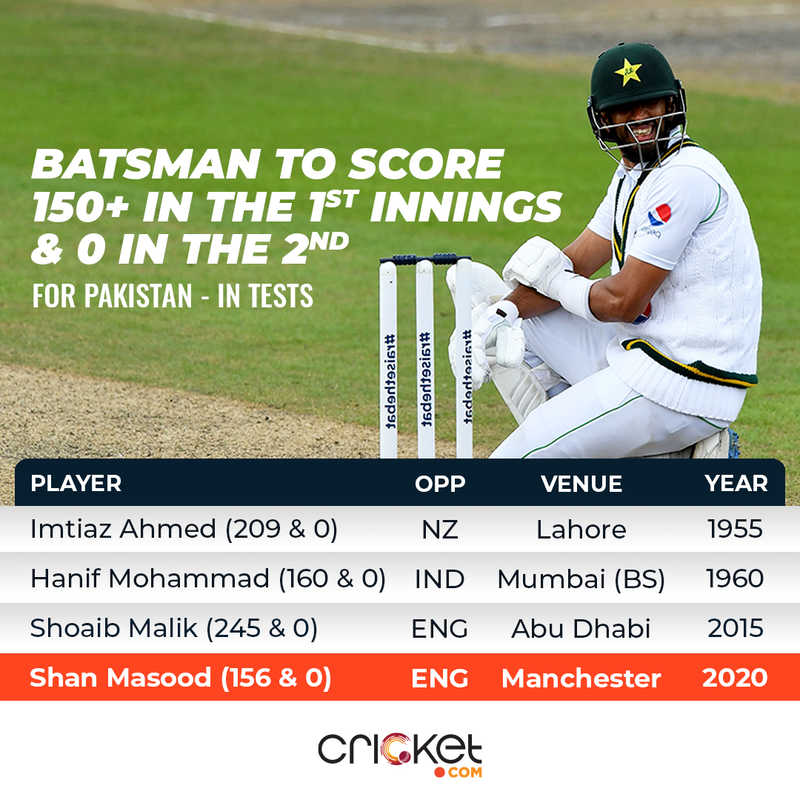 It takes a marathon effort to win after a team is five down requiring over 150+ runs in the 4th innings of a match. That is exactly what Buttler and Woakes did to help England reach the target of 277. They took the game to Pakistan, bringing up 50 partnership in 49 deliveries at the stroke of tea and continued their assault in the post-tea session as well. They put on a 139-run partnership, which is the highest for sixth wicket or lower for England in 4th innings of a Test. 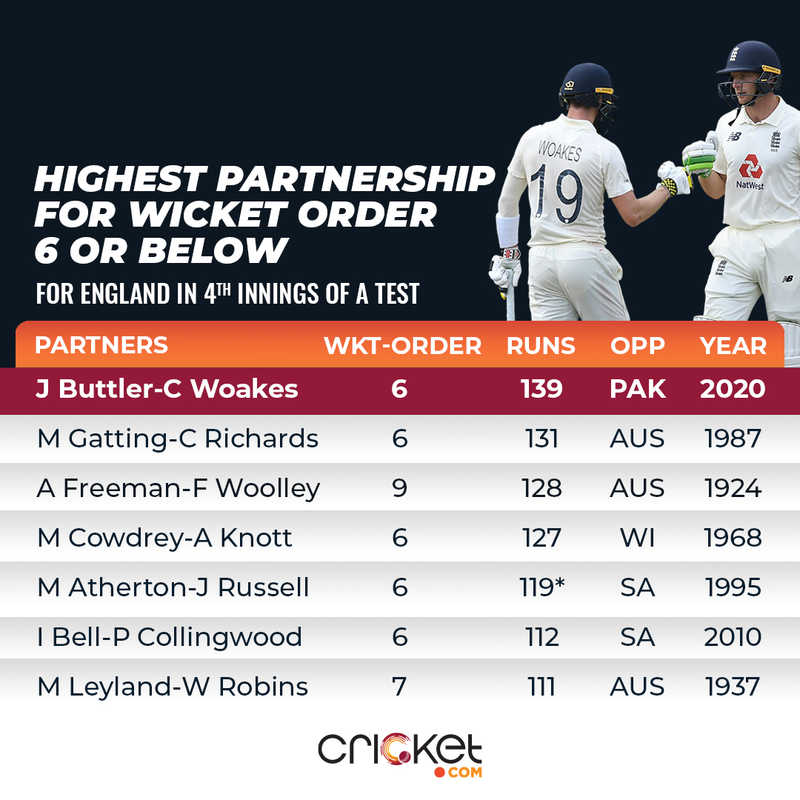 When Pakistan set a target of 277, the records and numbers at Old Trafford were all in their favour. In the history of Tests, only twice had there been a target of 150+ chased. Defying all the odds, England chased down the target with three wickets to spare. The target of 277 is the 2nd highest successful chase at Old Trafford. This was England’s 10th highest successful chase overall and 6th highest in home conditions. England had lost all 5 of their 1st Test match of a series since 2019, baring the one against Ireland as it was the only Test. Pakistan on the other hand lost only their 2nd match after obtaining a lead of 100 in the 2nd innings of a Test. The only other instance was against New Zealand in Christchurch in 1994. 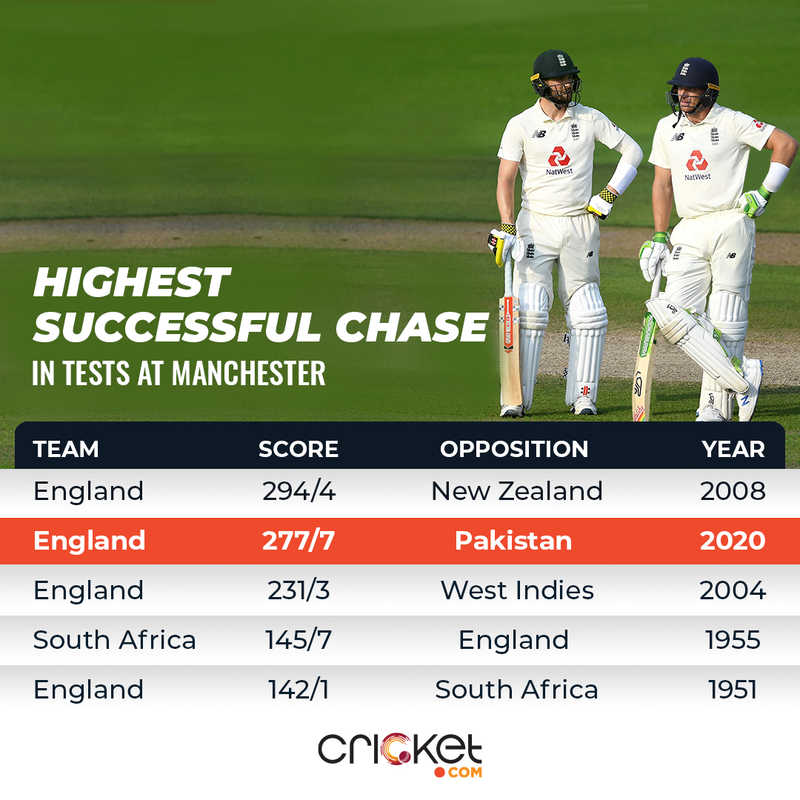 England lead the three-match series 1-0. The second Test will commence on August 13 at the Ageas Bowl, Southampton.