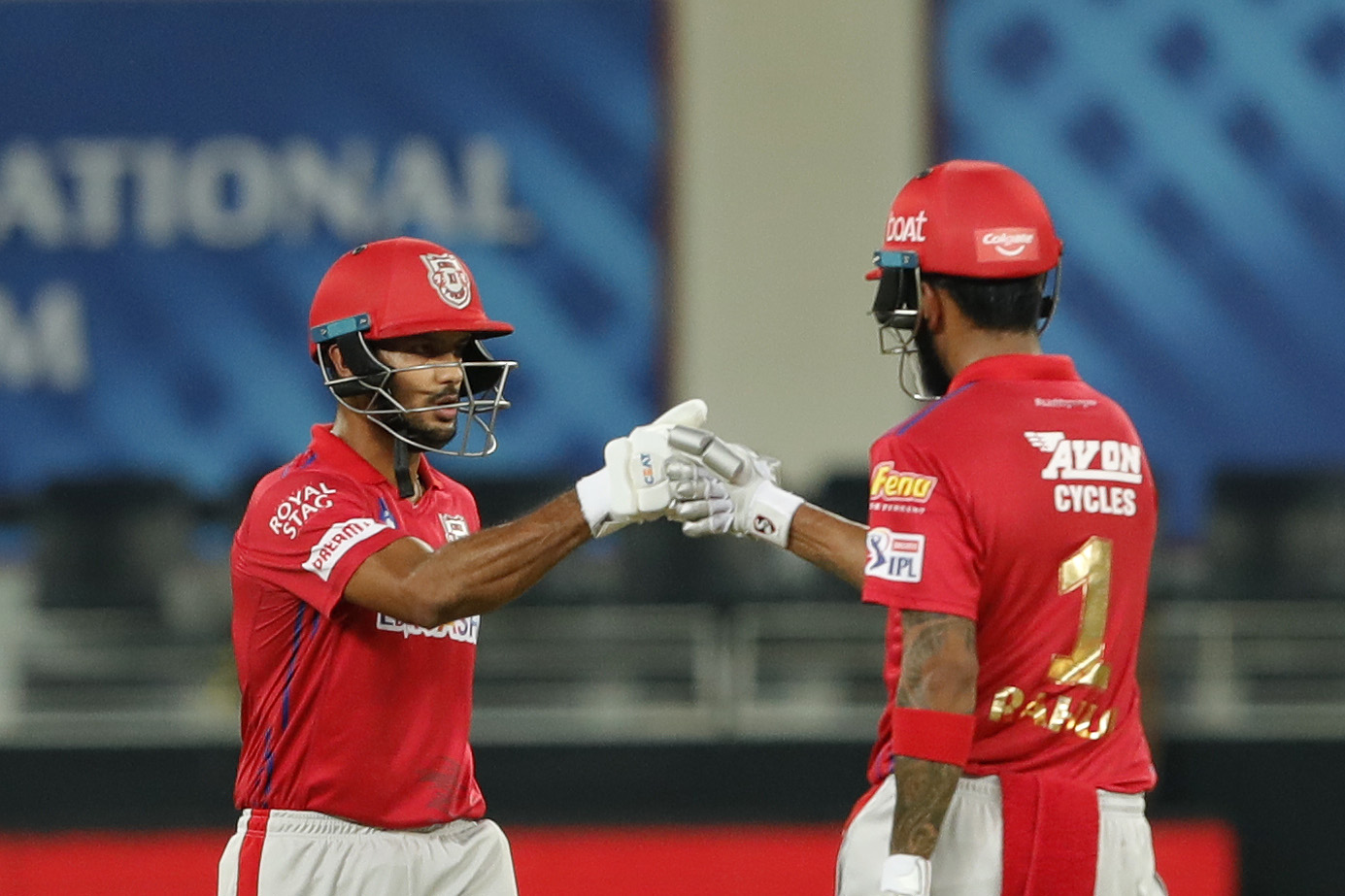 Sunrisers Hyderabad (SRH) and Kings XI Punjab (KXIP) currently find themselves in the bottom half of the 2020 Indian Premier League (IPL) table. Both teams have played five matches this season so far, with SRH winning two and KXIP coming out on top just once. Therefore, both teams will be desperate for a victory in this match.

When the two sides have met in the IPL in the past, SRH have usually been the better side, winning 10 out of 14 matches against KXIP. In the last five encounters, the team from Hyderabad have won thrice while Punjab have been victorious on a couple of occasions. 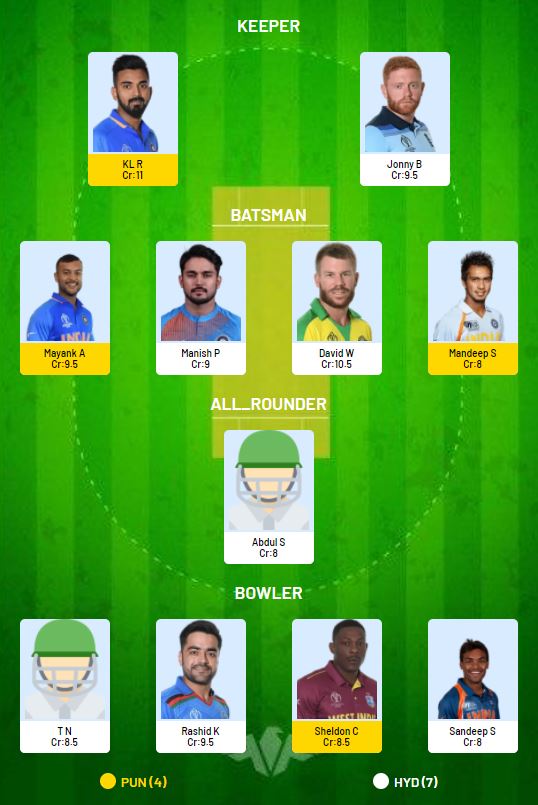 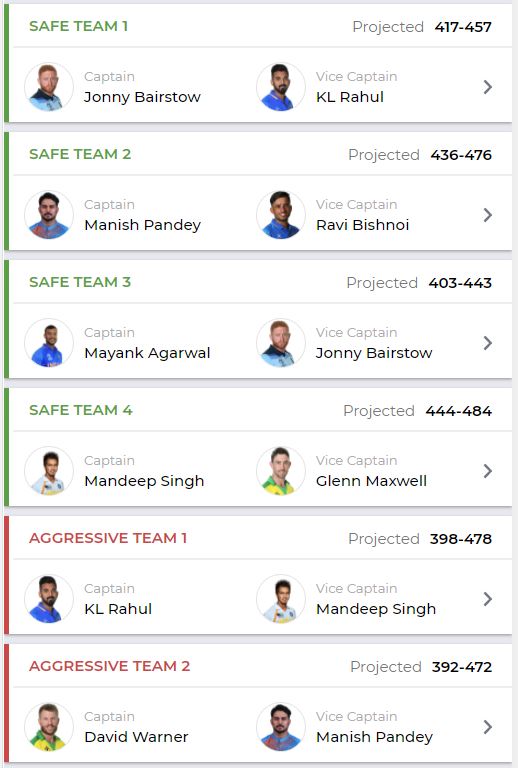 This will be the 10th match that will be held at the Dubai International Cricket Stadium in this season’s IPL. Teams batting first have been dominant so far here, winning eight out of nine matches.

In the nine matches that have been held in Dubai in IPL 2020 till date, there have been 2977 runs scored, with a wicket falling every 28.6 runs and every 20.4 deliveries.

The average first innings total here in the nine games has been 179, which is higher than Abu Dhabi (171) but much lower than Sharjah (219).

Going by the above-mentioned stats, we can say that both batsmen and bowlers have found reasonable success thus far this season in Dubai. 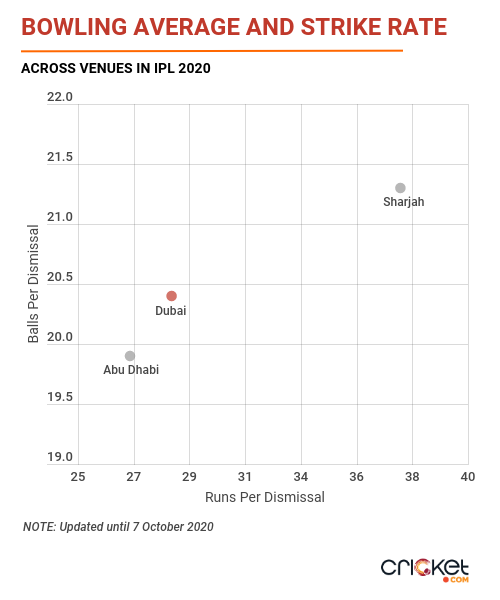 In the nine matches in Dubai this season, pacers have taken 59 wickets while spinners have accounted for 36 dismissals. The percentage of wickets picked up by spinners is higher here (37.9%) than it is in Abu Dhabi (33.8%) and Sharjah (22.7%).

While spinners have a better economy rate (7.5 vs 8.7) and average (28.2 vs 32.3), pacers have taken wickets slightly more frequently. Fast bowlers have a strike rate of 22.2 at this venue so far this IPL, while the corresponding number for spinners is 22.7.

As you can see above, we have selected three pacers and two spinners in our team. While we’ve selected the top three in the batting order from both teams, not picking both Nicholas Pooran and Kane Williamson is a bit of a risk that we’ve taken to accommodate Rashid Khan in the team. 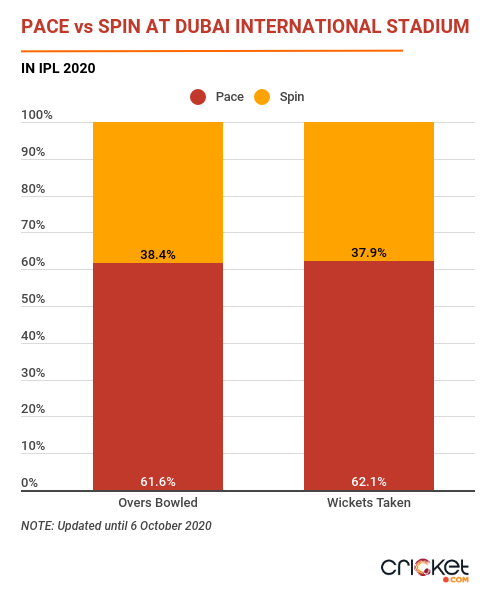 Despite KXIP’s shortcomings as a bowling unit so far this season, Mohammed Shami has done well, picking up eight wickets so far. In this match, he’s likely to be up against David Warner in the early stages of the SRH innings. In T20 cricket till date, Warner has had the upper hand, with a strike rate of 147.1 and being dismissed just once by Shami. 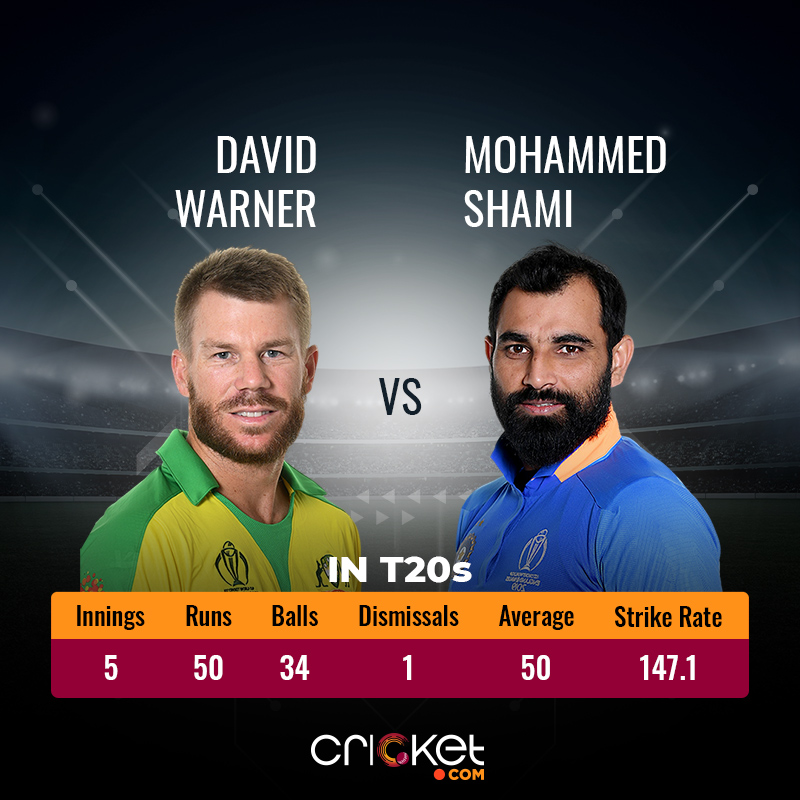 Due to Bhuvneshwar Kumar’s injury, Sandeep Sharma is expected to get more game time now. He opened the bowling against Mumbai Indians (MI) on Sunday and could do so again in this match. Sandeep has a brilliant record against KXIP opener Mayank Agarwal – three dismissals in 34 deliveries in T20 cricket. 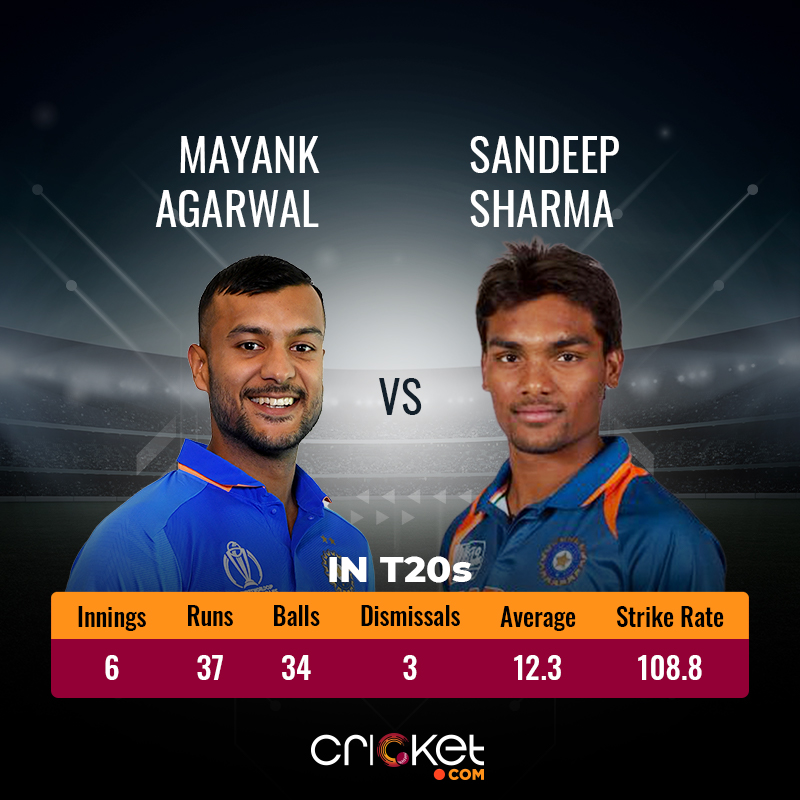 There has been some criticism of KL Rahul’s scoring rate in the middle overs in recent games, so it’ll be interesting to see his approach in this match. He could come up against Rashid Khan, a bowler against whom he has a poor record in the 20-over format. Rahul has been dismissed twice and has a strike rate of 66.7 against Rashid. 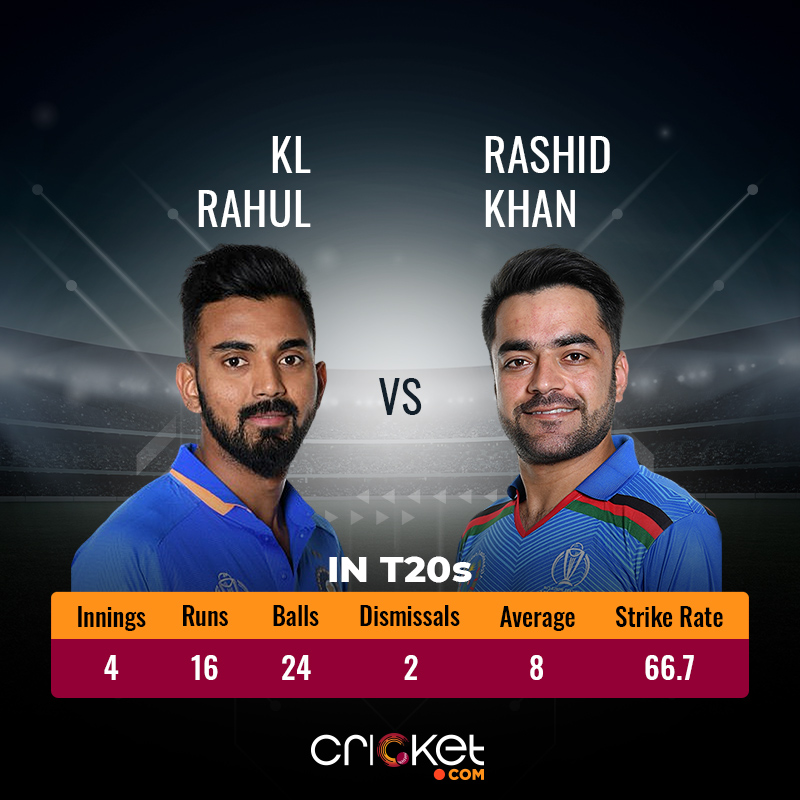 While his team hasn’t been getting the right results, KL Rahul has been incredibly consistent with the bat once again. As of October 6, he holds the Orange Cap for this season, having amassed 302 runs and three 50+ scores in just five innings. Since Rahul joined KXIP in 2018, no-one has more runs (1554) or 50+ scores (16) in the IPL than him. He has a very good record against SRH as well – 262 runs in six innings at an average of 52.4, with three 50+ scores.

Our Criclytics player projector predicts Rahul could score 18-41 runs in this match.

Two-time IPL-winning captain Gautam Gambhir, though, has decided to go with Jonny Bairstow as the captain for this match. Here's his team.

Just like Rahul, David Warner’s consistency in the IPL over the years has been remarkable. Despite not being at his fluent best, Warner has managed to score 175 runs in five innings at an average of 35 this season. Apart from SRH’s opening match against Royal Challengers Bangalore, where he was unfortunate to get run-out, he has scored 25+ in every innings since. On Sunday (October 4), he notched up his first fifty of the season against MI and will be looking to build from there.

Our Criclytics player projector predicts Warner could score 18-41 runs in this match.

The Kings XI have many issues to address, but the opening partnership is not one of them. Alongside Rahul, Mayank Agarwal has also had a superb start to the season. In five innings, Mayank has scored 272 runs at an average of 54.4 and a strike rate of 162.9 – this is already his second-highest tally in an IPL season, just 60 short of his best. In IPL 2020, he has made two big scores (89 vs Delhi Capitals and 106 vs Rajasthan Royals) so far and got starts in the other three innings.

Our Criclytics player projector predicts Mayank could score 13-36 runs in this match.

In two matches so far in Dubai in IPL 2020, Rashid Khan has failed to pick up a wicket with opponents happy to play him out. But going by the numbers at the stadium so far this season, you’d want to pick an elite spinner in your team. In the IPL, among teams against whom he has played at least three matches, Rashid’s best bowling average (15.7) and strike rate (13.1) is against KXIP. Thus far this season, Kings XI have lost a wicket every 20 deliveries against spin compared to 26.3 against pace.