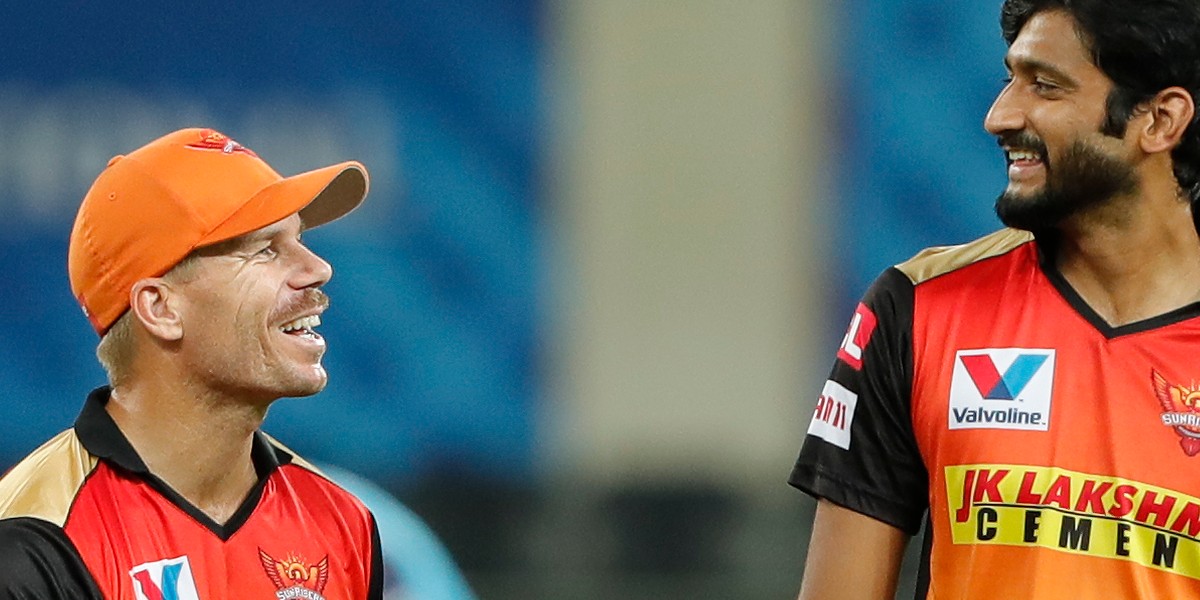 Here are a few tips and suggestions that might help you in creating your fantasy team for the 35th match of IPL 2020 between SRH and KKR at the Sheikh Zayed Stadium, Abu Dhabi

Having lost their respective previous encounters, Sunrisers Hyderabad and Kolkata Knight Riders would be eager to get back to winning ways when they come face to face in Match No. 35 of the Indian Premier League 2020 in Abu Dhabi on Sunday (October 18). 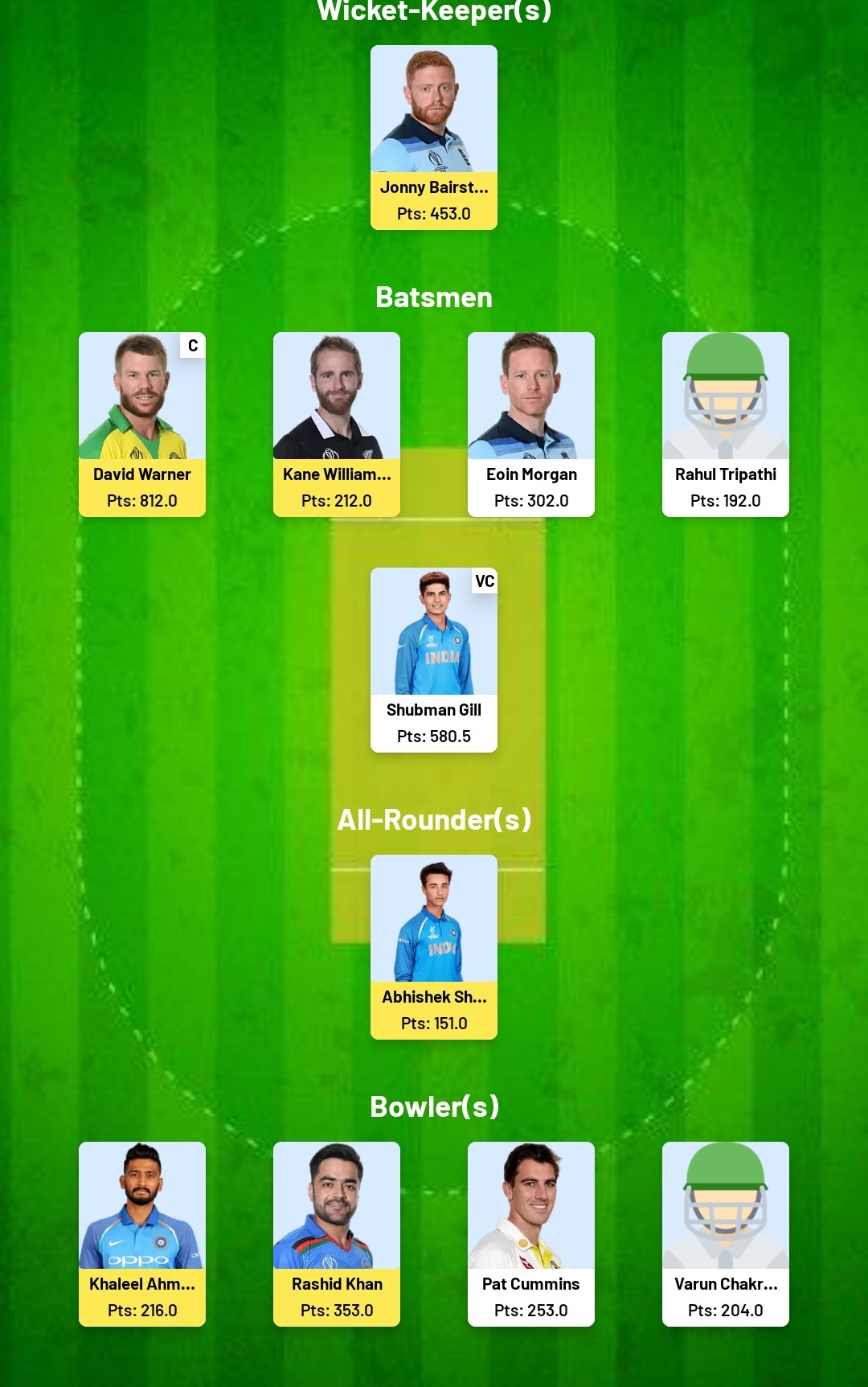 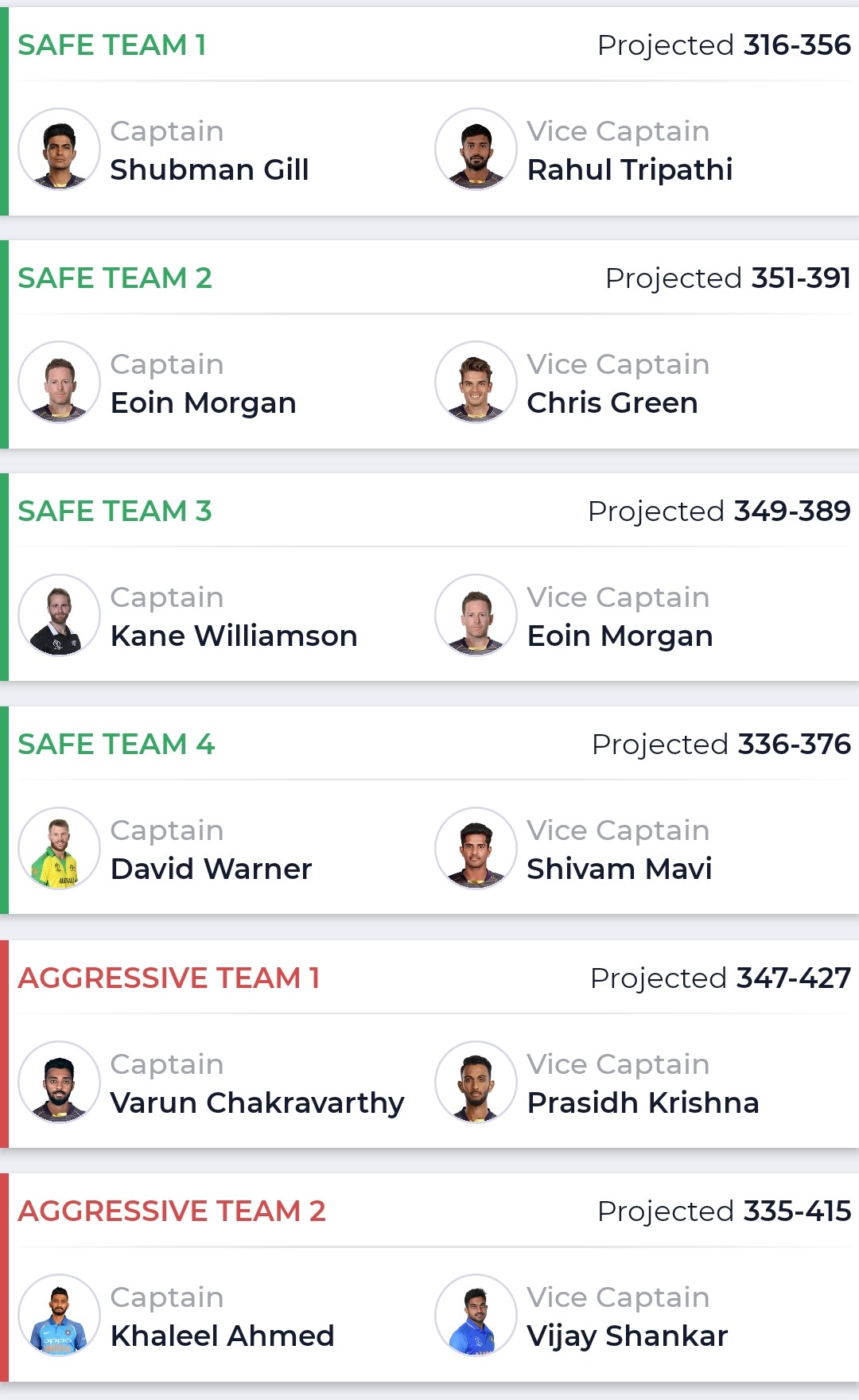 As many as 11 matches have already been played at the Sheikh Zayed Stadium in IPL 2020. The teams batting first have gone on to win six, while the chasing team has won five. KKR will be well versed with the pitch and its conditions, having played five games here. They have managed to win three out of those five, but are coming into this game after being thrashed against Mumbai Indians on Friday. Prior to that match, they took an 82-run pounding at the hands of Royal Challengers Bangalore (RCB) in Dubai.

As many as 3515 runs have been scored in the 22 innings in Abu Dhabi at a run-rate of 8.2 – the lowest among all three venues. The bowlers have struck every 28.8 deliveries and have picked up a wicket every 21.2, making the balls per wicket ratio the worst when you compare the three IPL 2020 venues.

The average first innings score in Abu Dhabi this season has been 167 (second innings 152), which is the lowest when compared to Dubai and Sharjah.

Both teams are well stocked to excel on this track. There are quite a few batsmen who are truly match-winners and then there are the likes of Shubman Gill, David Warner and Manish Pandey who are all safe picks. Andre Russell has struggled this season, but you could go for someone like Pat Cummins who scored his maiden T20 fifty in the last encounter. The Australian paceman hasn't been in great form with the ball in hand but has managed to play a couple of solid cameos.

In the bowling department, you have to go for Rashid Khan and Varun Chakravarthy. Then you also have quite a few Indian seamers to choose from.

While the pacers have done well in terms of picking up more percentage of the wickets at a better average and strike-rate, the spinners have been far more economical at Abu Dhabi and as a result have succeeded in creating pressure and choking the batsmen. As a result, it might be ideal to have one or maybe two spinners in your XI, but without a doubt, it will be the quicker bowlers who will mostly do maximum damage. 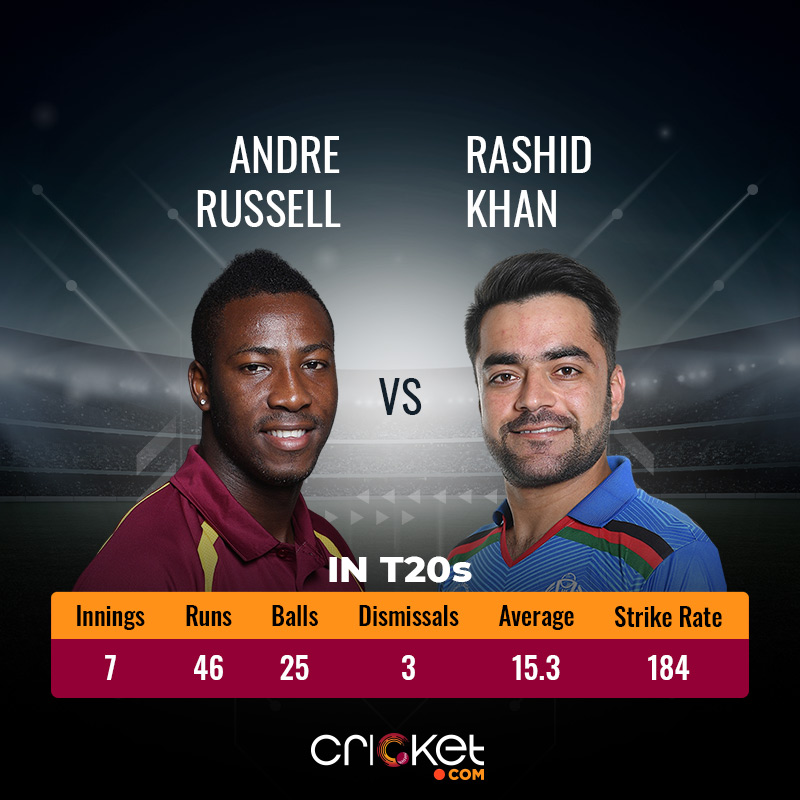 Russell and Rashid have had some fierce battles in the past and the contests have been pretty even. The dynamic all-rounder has a strike rate of 184 against Rashid but the legspinner has also got him out three times in seven innings.

The Australian fast bowlers has only bowled 11 deliveries to Bairstow but has managed to dismiss him twice. 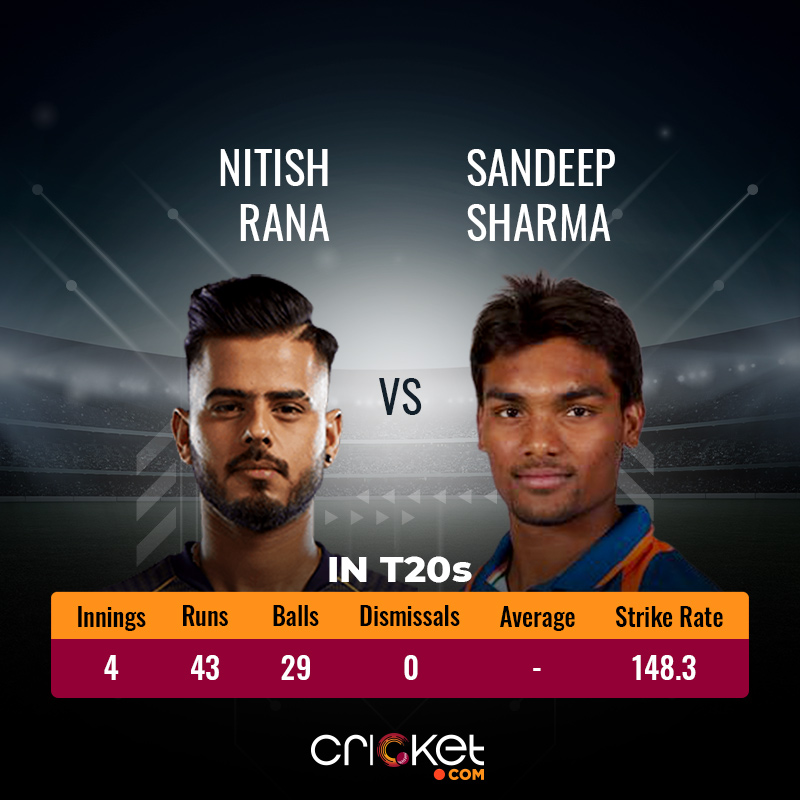 Kolkata No. 3 Nitish Rana has a pretty solid record against Sandeep Sharma in T20s. The left-hander has a strike rate of almost 150 and has never been dismissed by the seamer.

David Warner has scored 284 runs at an average of 35.50 this season but the SRH captain hasn't quite set the stage on fire like he has done so many times in the past. The left-hander from Australi however has scored more than 25 in six out of eight innings. Warner is due for a big score and he could get that against Kolkata against who he has a solid record. In 22 innings against KKR, the opener has scored 865 runs at an average of 43.25 and a strike rate of 146.4. He also has two centuries against Kolkata.

Shubman Gill may not have scored runs at an alarmingly quick pace, but he has been the most consistent batsman for KKR. His scores of 21, 34 and 57 in the previous three innings hold him in good stead going into this match and is also KKR’s leading run-getter with 275 runs this tournament. When Kolkata last played Hyderabad this season, Gill crafted a match-winning 62-ball 70 to propel his team to victory.

Varun Chakravarthy could be a handy pick in this game, especially if he bowls in the Powerplay. The likes of Warner, Bairstow and Pandey haven't done well against spinners this season and he could be an attacking pick. The 29-year-old also has an excellent googly, which the batsmen have found hard to pick and there’s a high chance that he could bamboozle even the top batsmen with it. There is something in the pitch at Abu Dhabi for the spinners and the KKR tweaker could very well exploit that this time.

If Rashid Khan is up for grab, you just grab him! He has scalped 10 wickets this season at a strike rate of 19.2 and is Warner's go-to bowler. His immaculate lines and lengths make it hard for the batsmen to put him away and as a result, more often than not, are keen to see him out. However, a clever operator like Rashid always finds a way to get the better of his opponents.