Suryakumar credits family for keeping him grounded through stunning season 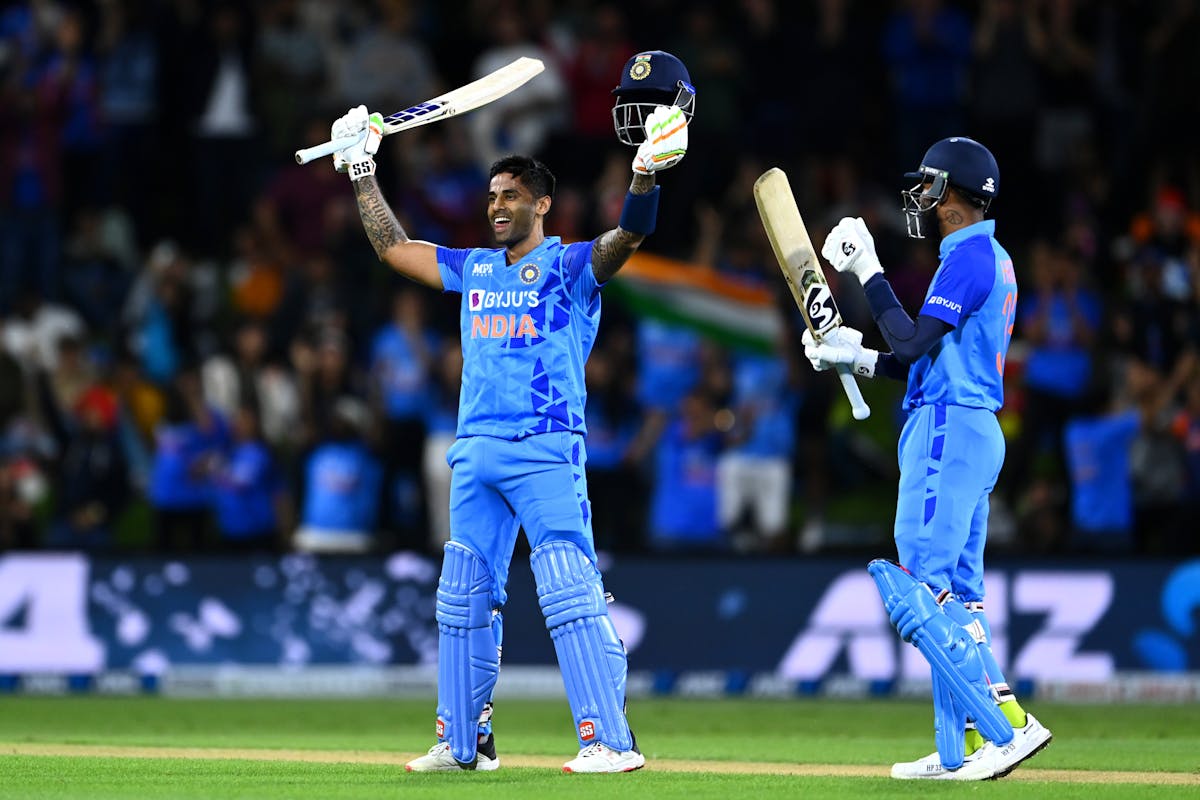 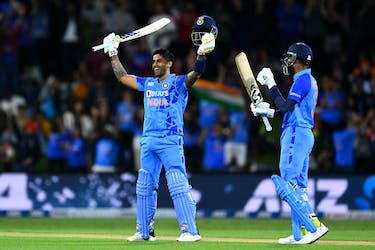 Suryakumar credits family for keeping him grounded through stunning season

Suryakumar Yadav's last 11 months in T20Is have been nothing short of sensational. From 30 matches since January, the right hander has scored nine fifties, two hundreds in his tally of 1,151 runs at a jaw-dropping strike rate of 188.4 and an average of 47.96.

It has been less than two years since he made his international debut at the age of 31, but the Mumbaikar has scored runs with an astonishing ease by finding areas of the ground which are not covered by the fielding team.

In the last 10 innings he has six 50-plus scores and on Sunday against New Zealand, the righthander smashed 11 boundaries and seven sixes in his 111 not out in 51 balls which laid the foundation for India's 65-run victory at the Bay Oval. It was also his second T20I hundred in less than four months.

Suryakumar credited his family for keeping him grounded  throughout his stunning run with the bat.

"I also spend a lot of time with my wife on off days and speak to my parents a lot. One thing which always keeps me grounded is that we don't talk about the game at all. They keep me in good space and I really like to spend more time in the space," he said in the post-match press conference on Sunday.

"The confidence is always there. I do have few runs behind me, but you can also get complacent after scoring runs. So, its important to do all the routines the same way when you have done well. I do 90% of the time, I try to do the same things before a game. For example, if I have to do a gym session, eat lunch or take a power nap," Suryakumar said about his approach to every game.

"Playing the format is important. You need to have a game plan and an idea of the conditions but need to have a clear mind when you come into the game," he added.

Suryakumar has built a reputation of playing unconventional shots to find the gaps in the field. On Sunday, he played few delightful shots including a lofted six over long-off, slashing a wide yorker to the third man boundary and one scoop right over the keeper's head.

"I do watch the highlights after matches and get surprised at it (at the shots I play) myself," he said with a smile.

It wasn't a smooth ride for him though, as he had struggled with runs and was sacked as Mumbai's captain midway through the 2014-15 domestic season.

It had taken a lot more effort before he established himself as Mumbai Indians' premier batter in the IPL and then earned his India badges.

"I always look back to where I was. Whenever I am alone or travel with my wife, we always discuss how I was 2-3 years ago. I was frustrated back then, but we were always focused on looking at the positive things and get better. Good food, quality sleep and quality practice sessions were key. Im reaping the rewards of it now," Suryakumar reflected on his journey.

When asked if he dreams to play Test cricket for India, Suryakumar had a grin on his face as he said: "Yes, that time will come. When we start playing cricket, we start with red-ball. I have a good idea of the format having played for Mumbai. I hope my Test cap will come very soon."