Suryakumar Yadav a huge force in world cricket at the moment: Gary Stead 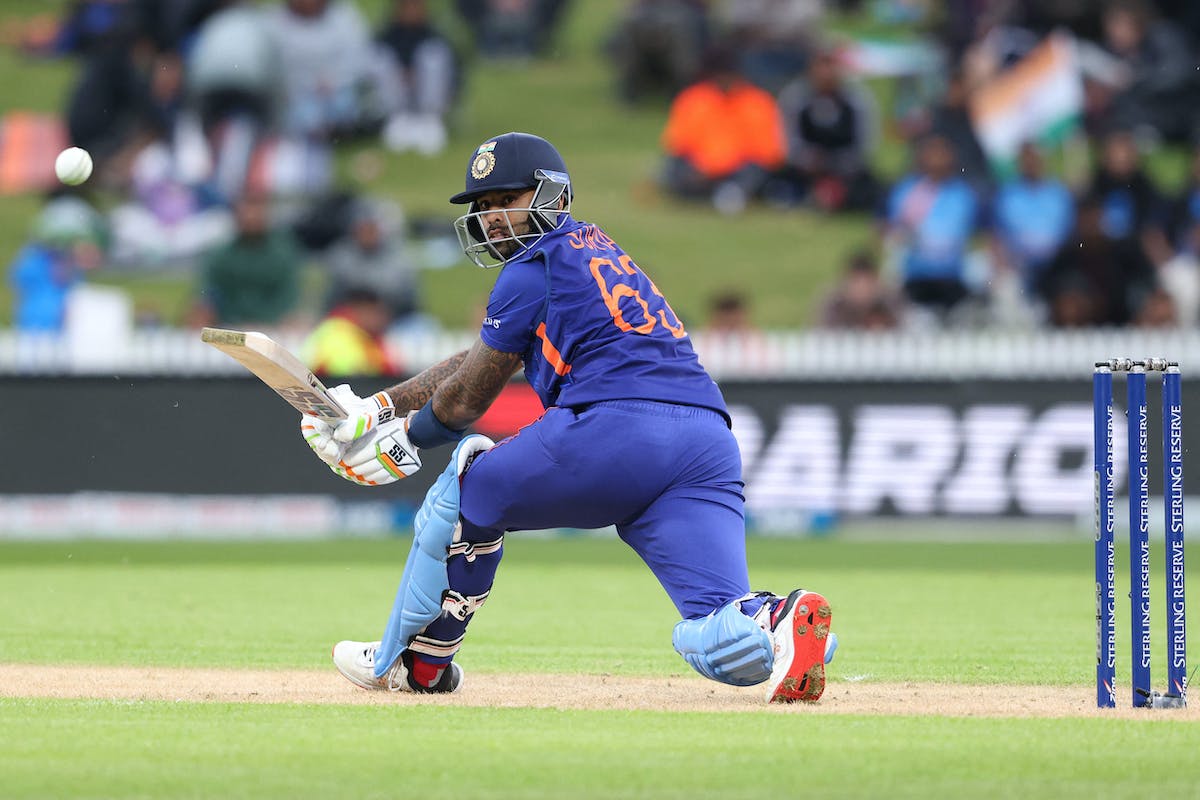 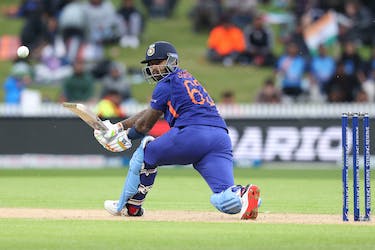 Suryakumar Yadav a huge force in world cricket at the moment: Gary Stead

Suryakumar Yadav is someone who has taken the world by storm over the last year or two, especially in T20 cricket, having scored runs at absolute ease. He has scored 1,164 T20I runs at a strike-rate close to 188 in T20Is this year and is looking to make a mark in ODIs as well as India look to build for the next year's 50-over World Cup at home.

He showed his array of shots in the second ODI against New Zealand at Seddon Park before rain stopped play. His 25-ball innings included two fours and three sixes taking him to an unbeaten 34. He played sweeps, scoops and paddle sweeps be it against the pacers or the spinners which the world is accustomed to seeing him do it with ease in T20 cricket.

New Zealand head coach Gary Stead too is in awe of Surya, given his ability to put pressure on the opposition from ball one and his ability to access the entire field with utmost ease.

"He makes it look terribly easy at times. He is hard to bowl to because he can access both sides of the ground, he starts from ball one and puts you under enormous pressure right from the very start," Stead said at the post-match press conference.

"He is also innovative. He plays shots that are a little different. He can look at the field and have 2-3 options up his sleeve. That makes him very hard to defend against. He is a huge force in world cricket at the moment. He is probably one of the most sought after wickets all around the world."

"It's two teams playing each other. We've had a number of consistencies in our team for a while now. We try to be consistent with our selections and the way we got about our selecting our sides. We've had a number of players in history and say there's a number of players [currently] who will be New Zealand greats as well. You put that stuff together and the style we try and play and play for each other. I think the guys have done that for the last 6-8 years."

Even though many teams have faced success by having just boundary hitters in their ranks, Stead believes that the brand of cricket the Blackcaps play is also fine.

"You have to look at the resources within your group and you work out what your gameplan is around that. Some teams are going down that method of considering boundary hitters the whole time. I think we've showed that in a couple of games [in the T20 World Cup] there are different ways of playing it as well," Stead, who still considers there is place for anchors like Devon Conway and Kane Williamson in T20s said

"The team we selected out there is still what we considered out best XI. For us, that's still the way we were playing the game. That might change, we have to keep addressing that and reviewing our style of play, make sure we keep up with the trends of the game.

"It's more than just batting in T20 cricket, it's also your bowlers. I thought in the semi-final, Pakistan bowled exceedingly well at us. We still had a score that was potentially still defendable. We didn't start our best with the ball either."

New Zealand still lead the three-match series 1-0 after hammering India by seven wickets in the first ODI in Auckland. The visitors have all to do in the third game in Christchurch on Wednesday (November 30), if they are to draw level and prevent the Kiwis from winning their fifth ODI series in a row at home.