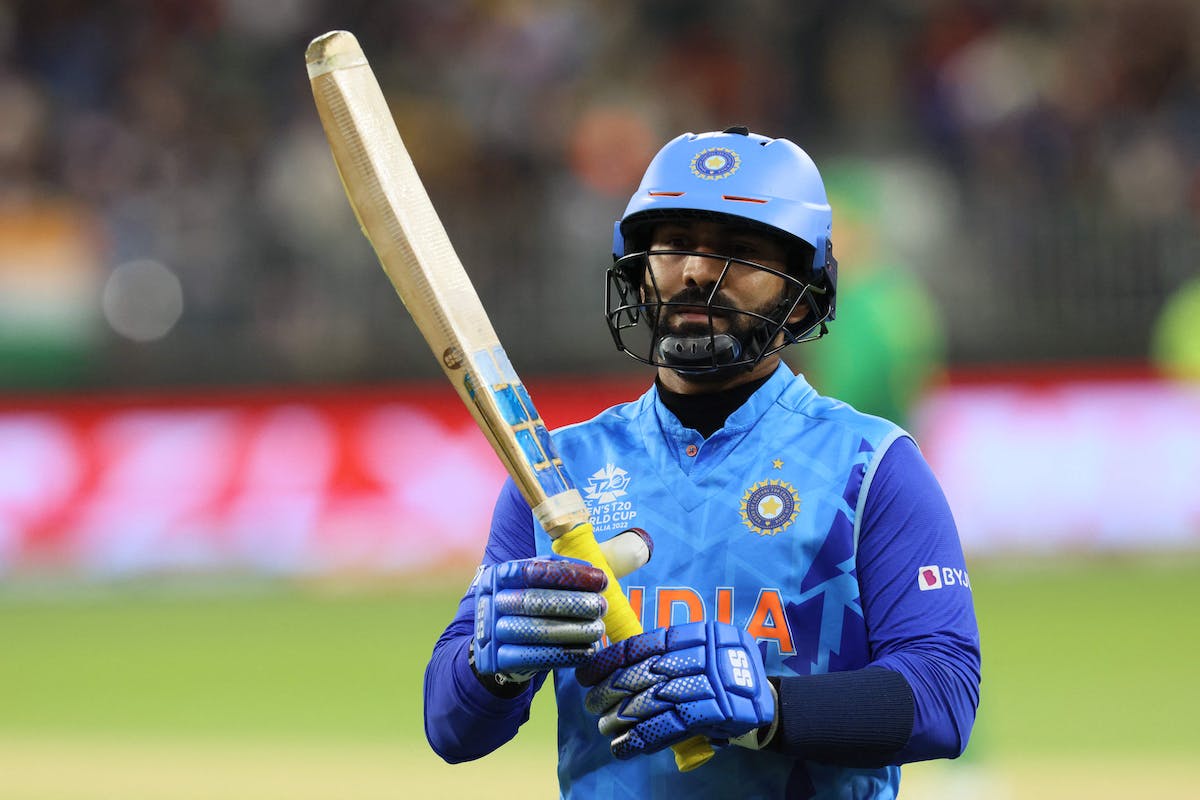 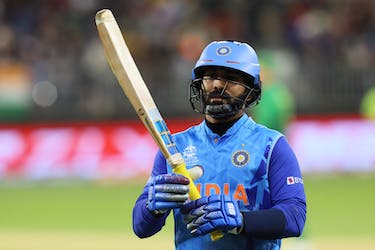 Win both the powerplays, win the game! We have been hearing this for a while and this T20 World Cup was no different. England had the best scoring rate (8.5) and batting average (43.9), while Pakistan had the second-best economy (6.5) and bowling average (19.4) in the first six overs since the commencement of the Super 12 stage and we all saw where they ended up. However, equal importance was given to the middle overs in this showpiece event.

You don’t have to look too back, just see what Adil Rashid did in the 12th over in the final. Pakistan were 84/2 at the end of 11 overs but that’s when the legspinner bowled a maiden over and scalped the big wicket of Babar Azam. From there on, the Men in Green could only manage 53 runs in the last eight overs and that played a massive role in England winning their second T20 World Cup. From Arshdeep Singh’s two-run-and-two-wicket 12th over against Bangladesh to Sikandar Raza’s eight-run-and-two-wicket 14th over against Pakistan, there were many momentum-changing overs during the middle phase, especially in the bowling department.

Pakistan were unarguably the best bowling side in the competition and they dominated the middle overs more than any other team. They had the best economy rate (6.5), average (19.2) and balls/ boundary (10.3) in this phase, and the likes of Naseem Shah, Shaheen Afridi, Haris Rauf and Shadab Khan made up for their misfiring batting unit. The latter claimed 11 wickets in this phase and conceded runs at just 6.3. England didn’t take too many wickets in this phase but they were also very economical (7.3), with Rashid having the third-best economy (6.4) - a minimum of 10 overs in this phase. 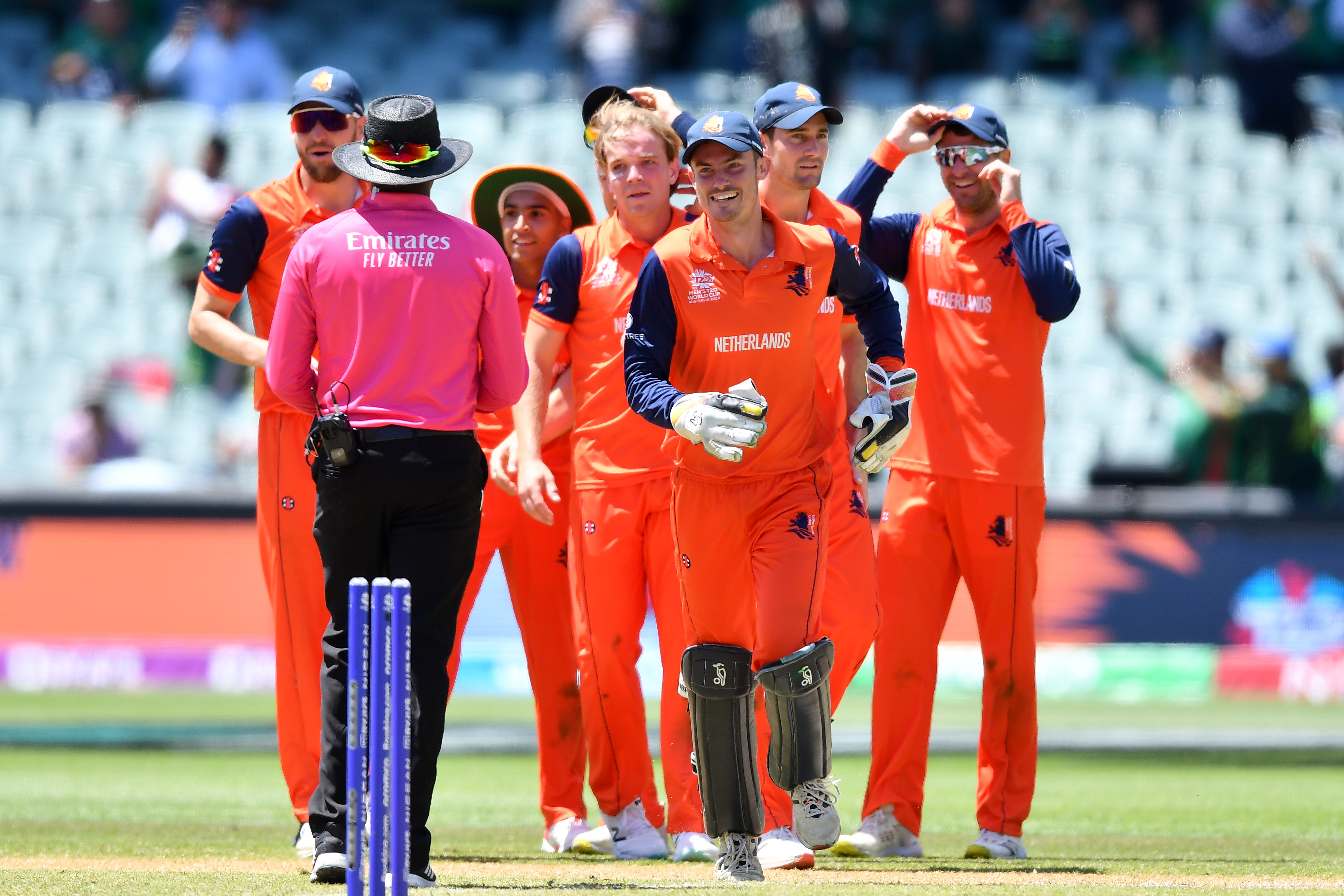 We saw quite a few “upsets” in this year’s World Cup and the pitches played a big role in that. Almost every single surface had something to offer for bowlers, making targets of 140-150 very defendable. There was pace, there was bounce, and the likes of Namibia, Ireland, Scotland, Zimbabwe, and the Netherlands all benefited from that. It all started with Namibia hammering Sri Lanka by 55 runs in the tournament opener before Scotland and Ireland got the better of West Indies to knock them out of the event in the very first round. And, the Super 12 stage was no different.

England had to scamper hard to chase down Afghanistan’s target of 113. While they somehow got over the line in the penultimate over, Jos Buttler and his men fell short against Ireland. Chasing 158, England were 105/5 in 14.3 overs before rain made an appearance and they ended up losing the game by five runs (DLS method). Then came the “Fake Bean” rivalry and Pakistan couldn’t even chase 131 against Zimbabwe in Perth. They were all but out of the competition but the Netherlands did them a favour on the final day of the group stage by defeating South Africa. The target was 159 and South Africa could only score 145. T20 is an unpredictable format and this tournament ensured that the gap between top-ranked sides and associate nations isn’t too wide.

The 2021 T20 World Cup in the UAE was largely about winning the toss, opting to bowl first and then chase down whatever that’s in front of you. Once the qualifiers got over, 22 of the 33 encounters were won by the team batting second. Australia, who won the last World Cup, batted second only once in the competition and that was the only match they lost. Howbeit, that wasn’t the case this year. All three knockout games were won by the team batting second, but in the Super 12 stage, 16 of the 26 completed games were won by the side batting first.

It’s a proven fact that most of the sides prefer chasing in this format but the majority of them batted first in Sydney, Perth and Brisbane where teams struggled in the second innings. The average first innings score in this year’s World Cup was 157/7, which dropped down to 135/6 in the second essay.  Last year, 69.7 percent of games were won by the team who won the toss, which came down to 44.8 in this World Cup.

The general idea in T20 cricket is that finger spinners are more defensive, while wrist spinners give you wickets. However, it was the latter who aced all departments, while the majority of finger spinners struggled to stamp their authority. Mitchell Santner (6.5) and Maheesh Theekshana (6.9) were the only two finger spinners (minimum 10 overs since Super 12s) with an economy of less than 7.

But if you talk about wrist spinners, Adil Rashid (6.1), Shadab Khan (6.3), Rashid Khan (6.4), Ish Sodhi (6.7) and Adam Zampa (6.7) were all brilliant. India didn't give Yuzvendra Chahal a single game despite both R Ashwin (8.2) and Axar Patel (8.6) failing to contain runs and pick wickets. And, we all know how the tournament ended for Rohit and Co.

“Finishers” found it tough to get going

These are the men who came into this competition as “designated finishers” for their respective sides but not a single one of them had a decent tournament. These batters are not someone who are very technically sound but are the ones who possess power and innovation and mostly operate in the death overs. Considering the boundary sizes and bowling-friendly conditions, these batters struggled big time and hardly made an impact in the entire competition.

Interestingly, apart from England’s Jos Buttler, none of the captains had a good World Cup. The likes of Rohit Sharma, Temba Bavuma, Shakib Al Hasan, Babar Azam and Nicholas Pooran hardly did anything fruitful. Aaron Finch and Kane Williamson did score some runs but their strike rates were below 120.