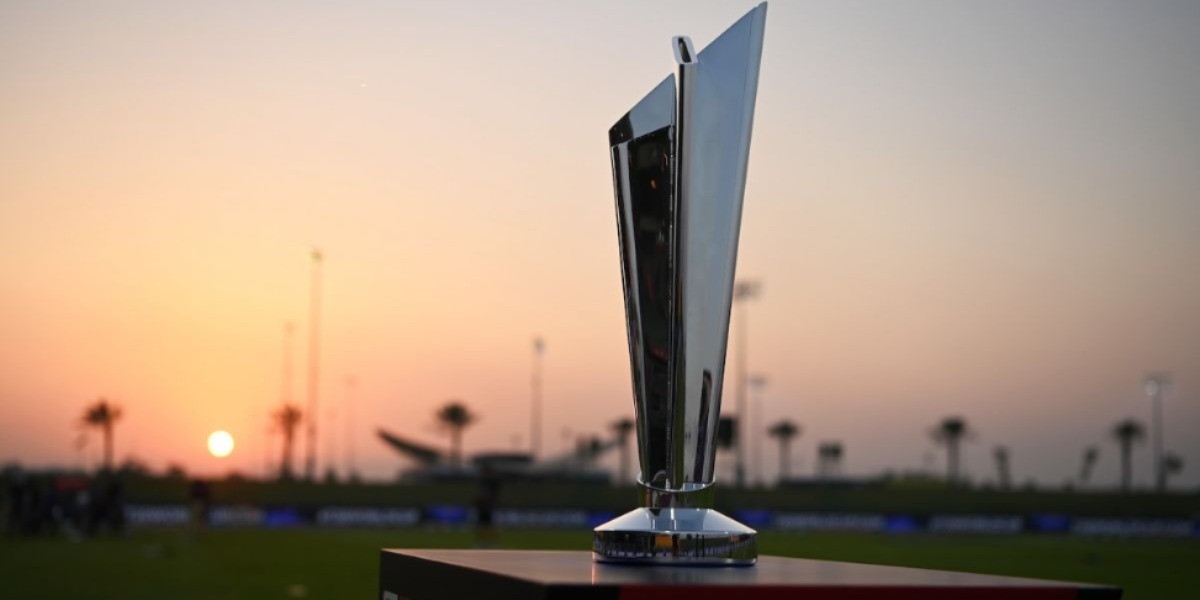 As the T20 World Cup comes to an end, we take a closer look at the performances of the players and pick the best XI.

14th November 2021, a day that will be etched in the memory of every cricket fan as Australia clinched their maiden T20 title after a resounding eight-wicket win against New Zealand at the Dubai International Stadium.

After a dismal performance in the first half of the 2021 season, not many people gave the Aussies a chance to reach the knockout stages of the tournament. However, under the astute leadership of Aaron Finch and the guidance of Justin Langer, Australia carved their name in the record books on their way to the coveted title.

As we draw curtains on the tournament filled with heartbreaks and jubilation, we have picked a team of the tournament by taking a closer look at the performances of the players. 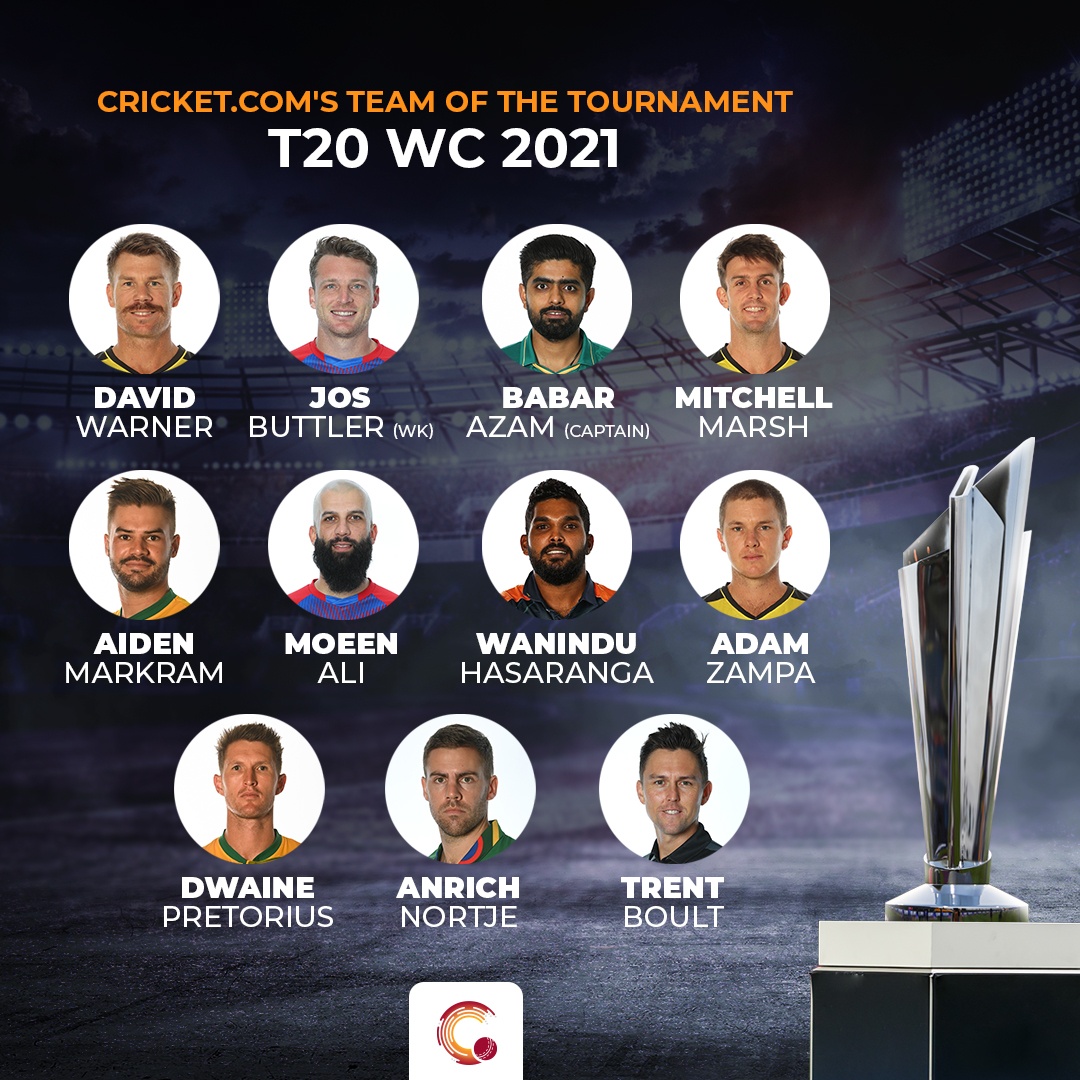 After enduring a torrid run in the 2021 edition of the Indian Premier League, not many people gave David Warner a chance to perform and shoulder the responsibility of the Australian side. However, with years of experience at the international level, Warner was the mainstay of the Aussie side amassing 289 runs in seven innings. Despite a lukewarm form of their skipper Aaron Finch in the tournament, Warner ensured the team got off to a flying start on most occasions. His unbeaten 89 against West Indies is the highest individual score by an Australian player in the world event.

One of the most destructive players in white-ball cricket, Jos Buttler was in scintillating form in this edition of the tournament. The wicket-keeper batter smashed a brutal hundred against Sri Lanka in the league stage of the competition and enthralled the fans with his array of strokes all around the ground. With 269 runs at a strike rate of 151.1, the 31-year old was the most prolific run-scorer of the side and often helped the team make optimum use of the field restrictions and score quick runs.

The leading run-scorer in the tournament, Babar Azam was in sublime form all through the competition. The skipper of the Pakistan outfit led from the front and scored 303 runs in six innings with four half-centuries. Along with Mohammad Rizwan, he forged a formidable opening combination and helped Pakistan lay a solid foundation with the bat. His four 50+ scores in this edition is the joint most by a batsman in an edition of T20 WC alongside Matthew Hayden in 2007 and Virat Kohli in 2014.

With a scintillating knock of 77* runs in the summit clash against New Zealand, Mitchell Marsh single-handedly helped Australian men's team clinch their maiden title in this form of the game. The all-rounder was handed the responsibility to bat at number three in the tournament and displayed immense courage and maturity to take the attack to the opposition bowling unit and score quick runs. In the five innings, Marsh scored 185 runs at an average of 61.67 to give the team a steady start in the first innings or in their bid to chase down any total.

One of the mainstays in the batting unit of the Proteas, Aiden Markram, anchored the innings in the first half and changed gears to give the side much-needed impetus in the back end of the innings. While the right-handed batter is known to be a prolific player in the longest format of the game, Markram showcased tremendous grit and determination to become one of the leading players for South Africa in this form. With Quinton de Knock struggling for runs, Markram guided the young batting unit and scored 162 runs in five innings at a strike rate of 145.9. The 27-year old scored a destructive half-century (52* off 25) against England in their last league match to propel the side to a mammoth first innings total.

After a successful stint with the Chennai Super Kings in the recently concluded IPL, Moeen Ali carried his form in the national jersey. The all-rounder was a vital cog in the playing XI of the Three Lions and played a crucial role in helping them reach the final four stage of the competition. With his off-spin, he was utilized by skipper Eoin Morgan smartly in the powerplay against the left-handers and often helped them pick up early wickets in the first six overs. While the form and the strike rate of Dawid Malan was a concern for the side heading into the tournament, Moeen was used as a pinch hitter and scored an unbeaten 51 in the semi-finals against the Kiwis.

The number 1 bowler in the ICC T20 rankings, Wanindu Hasaranga, wreaked through the batting unit of the opposition and scalped 16 wickets in eight innings at an economy rate of 5.2. In a league match against South Africa, the 24-year old became only the third player to bag a hat-trick in the history of the World Cup. Making optimum use of the variations in his arsenal and the conditions on offer, Hasaranga dented the batting unit of the opposition with wickets in the middle overs. With the bat, the right-hander was equally crucial to the Sri Lankan side as he scored 119 runs at a strike rate of 148.8, including a match-winning knock of 71 runs against Ireland in the qualifying stage of the competition.

One of the reasons behind Australia's dominance has been the rise of Adam Zampa and his heroics in the tournament. The leg spinner scalped 13 wickets in seven innings at an economy rate of 5.8 runs per over. The 29-year old dismantled the batting unit of Bangladesh as he returned with figures of 5-19 to bundle them out for 73 runs in the first innings. Zampa has been crucial to the fortunes of the side and picked up wickets at regular intervals in the middle overs to dent the flow of runs and help Australia crawl their way back in the match.

Dwaine Pretorius has been one of the standout bowlers in the back end of the innings in this edition. Out of the nine wickets picked up by Pretorius in the tournament, eight wickets have come between overs 16-20. With an immaculate control on his variations, the right-arm pacer restricted the flow of runs in the final overs and picked up crucial wickets to derail the batting unit. The 32-year old picked up 3-17, his best figures of the competition, to help Proteas dismiss Sri Lanka for 142 runs in the league match.

One of the quickest bowlers in world cricket, Anrich Nortje was the go-to bowler for Temba Bavuma in the tournament. The right-arm pacer rattled the opposition with wickets early in the innings and conceded at an economy rate of 5.4 runs per over. On the sluggish surfaces on offer in the United Arab Emirates, Nortje bowled the hard length and did not allow the batters to free their arms, which helped him pick up wickets. The 27-year old scalped nine wickets in five innings at an average of 11.6, making him one of the lethal bowlers in this format.

With 13 wickets in seven innings, Trent Boult is third on the list of leading wicket-takers in the tournament. The left-arm pacer has used the new ball to his advantage, especially against the right-handed batters with the ball coming in to pick up early wickets. Despite the Kiwi's faltering in the final frontier, Boult was the standout bowler for the side and conceded at an economy rate of 6.3. In their must-win game against Afghanistan, he picked up 3-17 to help the Black Caps restrict the opposition for a below-par score and storm their way into the knockouts.