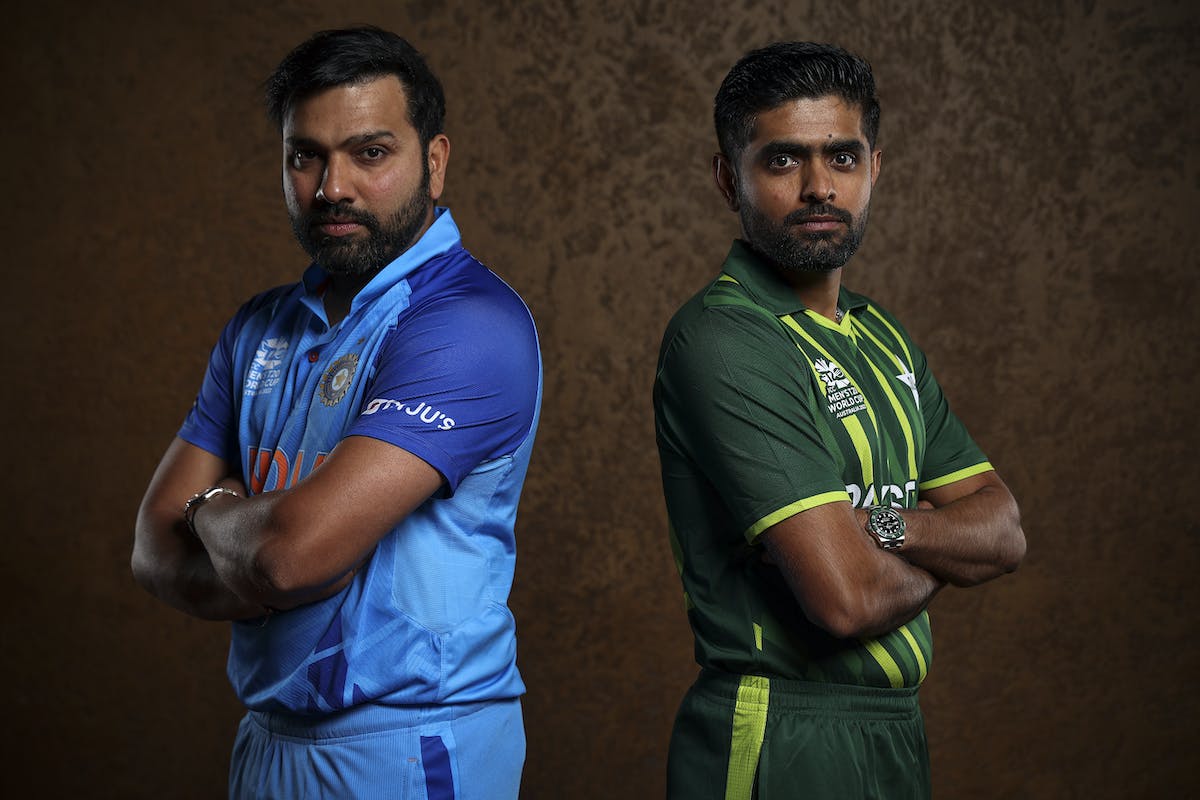 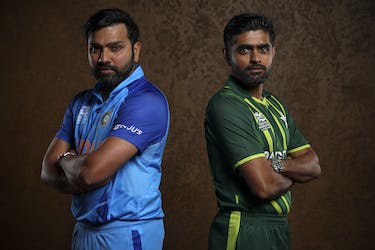 In just a span of two months, this is the third time India will take on Pakistan in T20Is. In the previous two, both had even shares. However, a few things have changed since then. The return of Shaheen Afridi, the falcon, is a bright spot for Pakistan.

Apart from that, both teams are even in terms. But, there could be few factors and ploys that could decide the fate of the game between the arch-rivals. Before we get to that, pray there is no rain in Melbourne on Sunday.

Need to evade the falcon in the powerplay

The biggest talking point for Indian batters is how the openers will counter the left-arm pace of Afridi. Though he has played only one match against India in T20Is, Afridi wreaked havoc in that game. More than the bowler, it is about the bowling type. 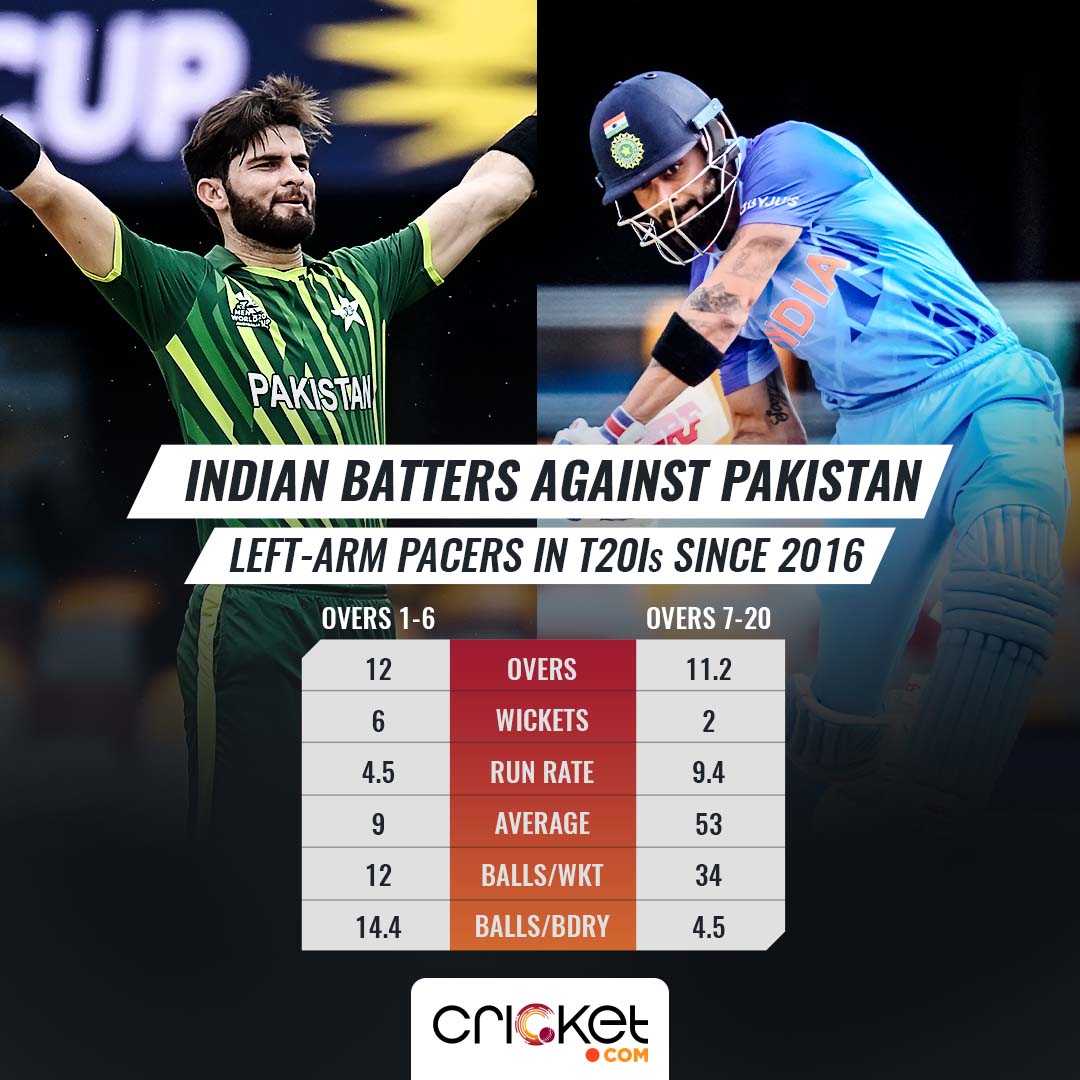 Elaborating more, in the first six overs, Indian batters have averaged 9 and lost a wicket every 12 balls against Pakistan’s LAP. To worsen it, they have scored at a run rate of 4.5. But, post the powerplay stage, their numbers are encouraging. Out of the eight wickets India have lost to Pakistan LAP, six are in the powerplay. Outside the powerplay, they have lost only two. Clearly, the ploy is to play out Afridi in the powerplay and attack him outside.

Should Shami be preferred ahead of Bhuvneshwar?

There is no doubt on Bhuvneshwar Kumar’s skills as a bowler. But, against Pakistan, Mohammed Shami should be preferred ahead, the main reason being his extra pace.

In T20Is post the 2021 World Cup, Pakistan batters have had their troubles against pacers when bowled on back of a length/short, especially at high pace. Even Babar Azam, one of the two batting pillars of Pakistan, has struggled. In the prolonged T20I series against England, Mark Wood exploited it by bowling this length at 140+ kmph. 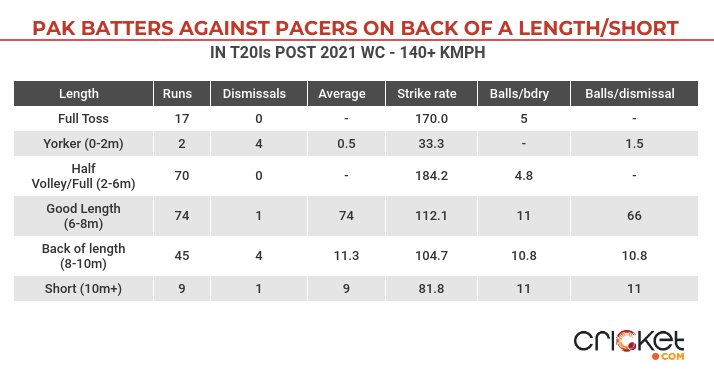 When added more spice, that is bowled at 140+, their batters average 10.8 and lose a wicket every 10.8 balls from back of a length and short combined. Also, spearing Yorkers are very effective against them.

Ashwin ahead of Chahal?

Between batting positions 3-6, Pakistan have two left-handers in their probable XI. Even if Fakhar Zaman isn’t playing, there is Shan Masood or Khushdil Shah to replace him. Mohammad Nawaz will be the other left-hander.

Alongside Axar Patel, if India go with Yuzvendar Chahal, there is a chance of both left-handers being promoted. In the loss against Pakistan in the 2022 edition of the Asia Cup, Nawaz was promoted ahead, and without Ashwin, Nawaz easily took the game away from India. Post the 2021 WC, Nawaz has a strike rate of 200 against left-arm orthodox and legspinners. Against offspinners, apart from Masood, no batter has a strike rate of over 105.

One of the best players of spin, Babar, has had a horrid year against spinners in T20Is. This year, Babar averages 66.3 at a strike rate of 142.3 against pacers. Shockingly, his average plummets to 16.3 and strike rate to 107.3.

Apart from the seven-match bilateral series against England in September this year, in none of the other three series, Babar had an average of over 20 against spinners. In the Tri-series in New Zealand, Babar had three dismissals against spin and all three were to off-spinners. Throughout the series, he averaged 2.3 in four innings against offspinners.

Kohli’s surreal record in WC, Australia and vs Pakistan, a big factor

All eyes will be on one of India’s best batsmen. Virat Kohli might have had a rough patch for some time, but he is getting in the groove now, good signs for India, especially because of his record in T20 WC, in Australia and against Pakistan. 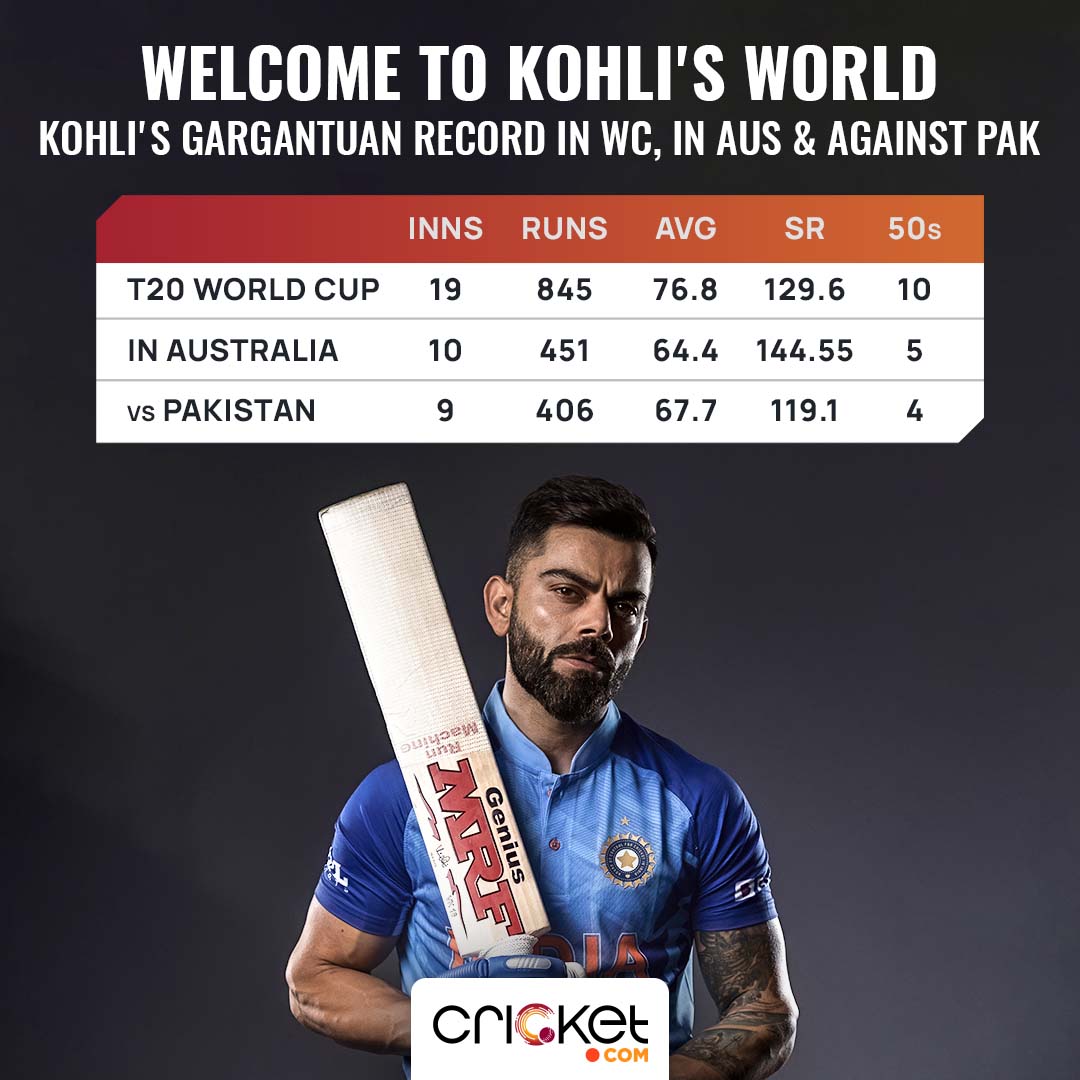 Promoting Shadab and Nawaz could be game changing

If India go in with two genuine spinners, which is likely, Pakistan should fancy their chances by promoting both Shadab Khan and Nawaz.