Root v Root, Ball of the Century 2.0, a record partnership & much else 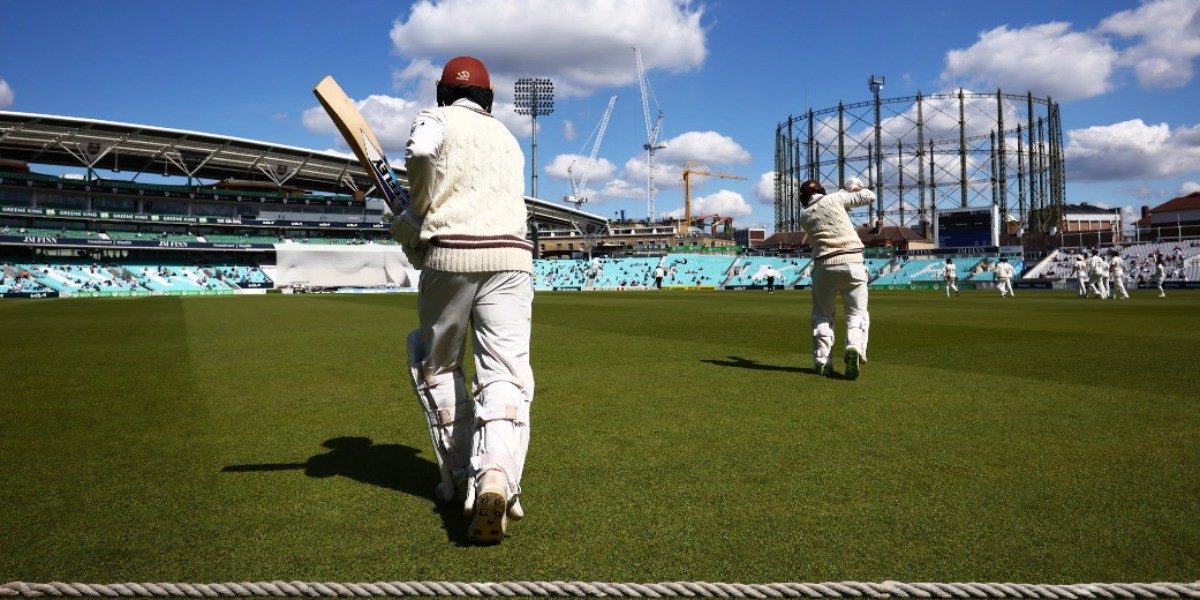 Root v Root, Ball of the Century 2.0, a record partnership & much else

One of the most significant First-class tournaments across the globe, County Championship for the 2021 season started off with nine matches from three different groups. After seven rounds, Nottinghamshire are leading the Group-1 table with 97 points from six matches. In Group-2, Gloucestershire are leading with 105 points and in Group-3, Lancashire are at the top with 101 points from six matches. In the seven rounds, a lot has happened, especially in the most recent one. Today (27th May), the eighth round of the competition has started. Before that, let’s look at some of the moments and records that were set or broken:

Younger Root reaches a century off the bowling of elder Root

In the first round itself, the Root brothers, Joe (for Yorkshire) and Billy (for Glamorgan) were facing each other. It was the younger sibling who outshone the elder one, in both the innings. Billy scored 43 in the first innings and an unbeaten 102 in the second in comparison to 16 and 13 from Joe. The special moment was, Billy reached his century off the bowling of Joe.

Matthew Parkinson’s replica of “the ball of the century”

Who doesn’t remember “the ball of the century” from Shane Warne to Mike Gatting in 1993. Matt Parkinson, in the round two against Northamptonshire, recreated a similar delivery to dismiss the skipper Adam Rossington. More than the turn on that ball, it was the drift that caused the undoing of batsmen on both the occasions.

One handed wonder on debut from Hanuma Vihari

There wasn't much for Hanuma Vihari to cherish in his County debut with the bat. He scored a 23-ball duck and a 25-ball 8. But his fielding was eye-catching as he grabbed a one handed wonder. Nottinghamshire skipper Steven Mullaney looked to whip it over mid-wicket off Will Rhodes. Vihari stationed at mid-wicket, plunged to his right to pluck it mid air.

Darren Stevens - Carrying the weight on his shoulders

The 45-year old Darren Stevens of Kent showed us that ‘age is just a number’ against Glamorgan in round seven. Coming into bat with only 78 runs on board (4/78), Stevens had a lot on his shoulders. The eye-soothing part about his batting was how he batted with the lower order batsmen. For the ninth wicket, he was involved in a 166-run partnership in which he contributed 96.4 percent of the runs - a record for the highest contribution by a single batsman 150-plus stand in the format. Miguel Cummins, Stevens’ partner at the other end of this stunning partnership did his job well – scoring 1 off 55 balls.

Ollie Robinson puts on a show

The new recruit of the England side was on top in Sussex’s round two game against Glamorgan. In the first innings, he bagged a four-wicket haul. But, it was in the second innings that he registered a breath-taking spell. He bagged his career best figures in an innings, bagging nine wickets for 78 runs. In total, the Sussex quick bagged 13 wickets for 128 runs. As a cherry on the cake, Robinson had scored 67 runs in the first innings and was part of a 134-run partnership between George Garton for the seventh wicket. This is probably one of the reasons why Robinson received his Test call-up for England’s series against New Zealand starting from June 2nd.

The young opener, who made an impression in his debut tour of India in 2016, was hampered by injuries and bad form that kept him out of International action. In the round three match against Worcestershire, Hameed turned out to be a star with centuries in both innings, involving an unbeaten opening partnership of 236 with Ben Slater in the second innings. They batted throughout the fourth day to save the match. More to his glory, Hameed overall batted for 635 balls in the match, 301 in the first innings and 334 in the second. This is the most balls faced by a batsman in a County Championship fixture, beating Jamie Cox’s 625 against Hampshire in 1999.

The Durham middle-order batsman has been in superlative form in this season. He started off with a half century and an unbeaten 180 in the first round. In the third, he extended that with a double century (257) in the first innings and an unbeaten 53 in the second. In this process, he became the first Durham batsman to score 300+ runs in a match in County Championship. After seven rounds, Bedingham leads the run chart with 624 runs at an average of 78.0.

After 2 years and 312 days (1043 days), Nottinghamshire registered a win in the County Championship. They broke the long win-less streak when they won their match against Derbyshire in the fourth round. Before this match, their last win came against Essex in 2018, 24 matches before. In these 24 matches, they had lost 16 and drawn eight. A win has changed the momentum for them now and they have three consecutive wins at the end of round seven and are leading the Group-1 table.

The 34-year old right-arm quick has played 137 First-class matches and most of them have been for Durham, 135 to be precise. In the round six against Worcestershire, Rushworth bagged a five-wicket haul in the first innings that equaled Graham Onions record of 527 wickets. In the second innings, through the wicket of Jack Haynes, Rushworth became the highest wicket-taker for Durham in County Championship with 528 scalps. Now, after seven rounds, Rushworth has 537 wickets.

The South African off-spinner has been a prolific wicket-taker for Essex in the recent times. He has bagged 289 wickets at an average of 20.2 with 23 five-wicket hauls for them in First-class. In the round six game against Derbyshire, Harmer bagged his second nine-wicket haul for Essex. But, this time he bettered to his previous nine-wicket haul which was against Middlesex in 2017 (9/95). Hence, his 9 for 80 against Derbyshire became his best bowling figures in an innings.

A start–stop comeback for Jofra Archer

After suffering an injury to his elbow, Jofra Archer missed the suspended IPL 2021. A much-awaited return was on cards when Archer was set to make his comeback in the sixth round of County Championship. More than Sussex, the England team would have been on the happier side considering the upcoming home season. However, it was short lived happiness. In the second innings, Archer clutched his elbow and went back. Soon after, on 19th May, it was confirmed that he would undergo a surgery and miss first few games against India as well.