The partnership between Marnus and Travis set the game up for us: Smith 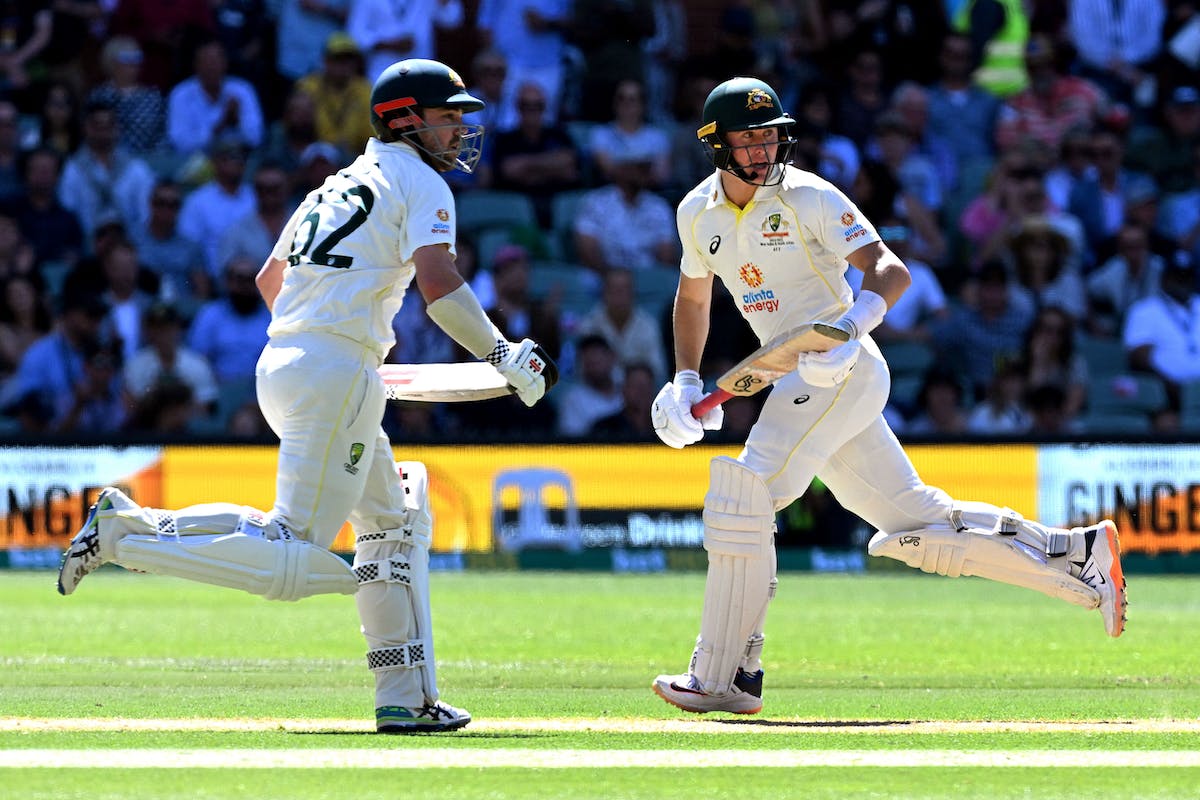 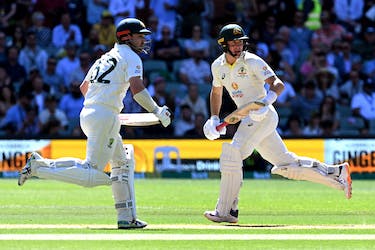 The partnership between Marnus and Travis set the game up for us: Smith

Australia registered a commanding 419-run win against West Indies in the Day and Night Test match at the Adelaide Oval to take the Frank Worrell Trophy 2-0 on the fourth morning.

Windies were bundled out for 77 runs a couple of hours into the morning session on Day four and succumbed to their biggest defeat in Test match cricket.

The skipper of the visiting side, Kraigg Brathwaite, was disappointed with the result but rued the injuries as one of the major reasons for their dismal show.

"Disappointing for sure, but in the first game, we showed some fight, obviously lost guys due to injury. Against a world-class attack in the first game, we showed that we can spend time and bat for longer periods. Very unfortunate about the experience we lost due to injuries, but we can learn a lot from Australia about how to go about things," Brathwaite said in the post-match presentation.

The right-handed batter also heaped praises on Tagenarine Chanderpaul, who impressed everyone with his technique and resilient style of play.

"He has been doing it for the last couple of years now and has a great future ahead of him for the West Indies. It's been amazing, the fans want to see the West Indies do well, and they make the atmosphere lovely, he further added.

On the other hand, stand-in skipper Steve Smith was a happy man after his side's dominant performance with the pink ball. The right-handed batter heaped praises on his side's batting performance that set the top for a mammoth first innings total.

"Nice toss to win, boys batted particularly well the first day. The partnership between Marnus and Travis set the game up for us. It's been a good week. Everyone is contributing when they need to, and we got a lot of trust in each other, which sets us up really nicely," he said in the post-match presentation.

Smith was also impressed with Scott Boland and Michael Neser, who were slotted in the playing XI in place of injured Pat Cummins and Josh Hazlewood.

"Last night Boland was spectacular, Ness has been excellent today, and Starc keeps doing what he has done best for a number of years now. Pretty incredible to have four guys who have played with each other for such a long time now. Great to see them doing so well and exciting time for us," he said.

Australia now face South Africa in a three-Test match series starting December 17 at the Gabba, and Smith feels their bowling attack will challenge them.

"South Africa present a good challenge for us and particularly their fast bowling stock, and we got to be at our best to beat them," he concluded.