The self-belief is always there as a team: Harmanpreet Kaur 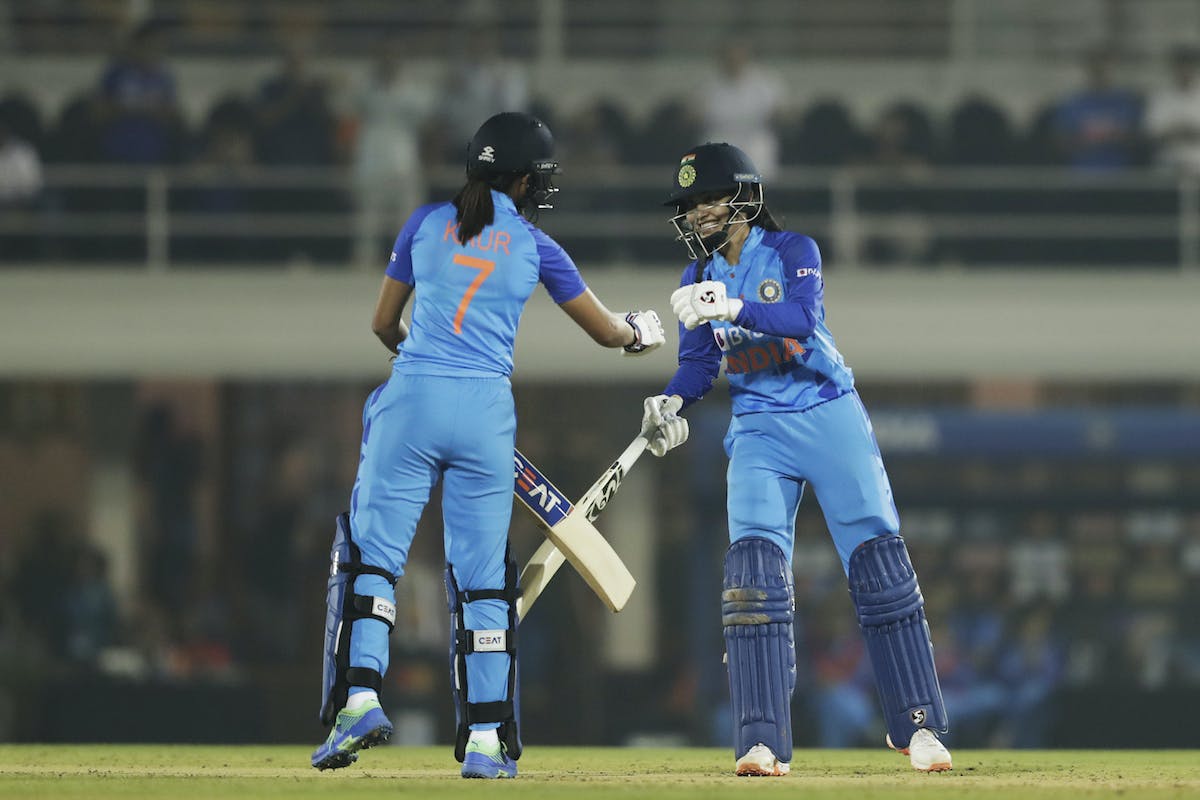 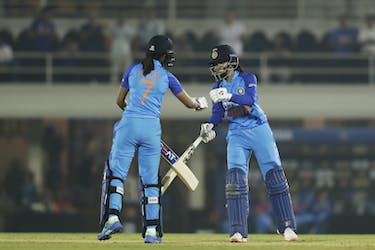 The self-belief is always there as a team: Harmanpreet Kaur

Two of the most dominant sides in women's cricket, India and Australia, locked horns in a riveting five-match series that went all the way down to the wire.

While the defending champions secured a 4-1 series win, the scoreline does not determine how closely the games panned out in Mumbai. With over 170+ scores in nine innings, the bowling unit of the two sides has been under a lot of pressure on wickets conducive for batting.

In the post-match presentation, Harmanpreet Kaur shared insights on the strategies deployed by the team in the second half of the innings. "If you see, we are doing really well in the first ten overs by not giving them runs, but after the 10th over, things are suddenly changing, and we are thinking about how we can stop," she said.

"We did plan a lot of things, but we were not able to execute those things on the field. I feel going forward, we will definitely work on those areas because earlier, the first six overs were the area we wanted to improve as a team, and we are getting the results," she further added.

The Women in Blue missed the services of Pooja Vastrakar in this series due to injury, but the skipper is confident she will be fit ahead of the T20 World Cup to bolster the bowling resources.

"The wickets will assist seamers more than the spinners, and that was the reason we started with Meghna Singh in the first two games. But there are times when the player is not able to perform to the expectations of the team, and once Pooja joins the team, her one-two overs will be important for the team," Harmanpreet said.

The 33-year-old also heaped praises on the positive attitude of the team in this challenging situation and hailed the youngsters coming in the side.

"As a team, the self-belief was always there, and we know the strength of the Australian side and the type of cricket they were going to play. Everybody was really very positive and looking forward to performing well whenever they got an opportunity, she said.

With the Indian team having a break for a month, Richa Ghosh and Shafali Verma will join the India U-19 team, and Harmanpreet wants her opening batter to enjoy her role as the captain of the team.

"I have seen her lead in domestic cricket, and she knows what she is doing. I want her to keep enjoying the game because, as a captain, when you think a lot, it is something that will not work for you. The players know their role in the side, and it gets very easy for you to go and tell them what you're expecting from them," she said.

The Indian team made a solitary change to the playing XI, with Jemimah Rodrigues making way for Rajeshwari Gayakwad. Despite a lukewarm series, the captain backed Rodrigues to find form ahead of the mega event and stated the team management wanted to give her some break.

"We all thought if we could give her a bit of a break because we know how important she is, and going forward, it is very important that we can keep her in this frame of mind. In T20 cricket, batting is something that needs to be flexible because it gives you more options, and we wanted to see how Harleen bats at number three," she concluded.