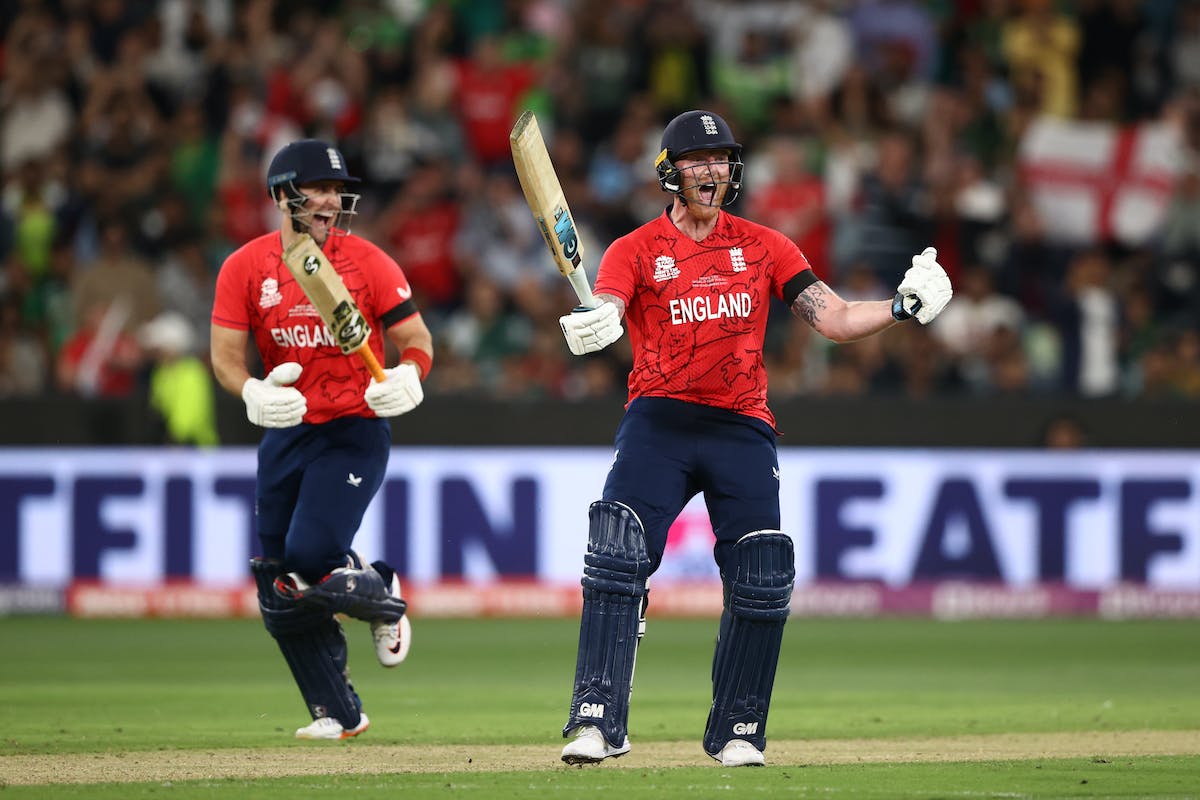 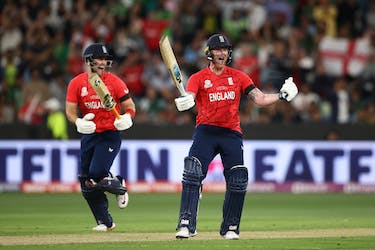 England allrounder Moeen Ali reveled in the moment as England clinched the 2022 T20 World Cup title on Sunday at the MCG by beating Pakistan by five wickets.

With England struggling for runs while chasing 138, Ali played a crucial cameo of 19 off 13 balls as England romped home with six balls to spare with Ben Stokes, yet again leading them to their second T20 world title with an unbeaten 52 off 49 balls.

"One of the best days of my cricketing career. As a team we've deserved it over a long period of time. It was about keeping my intent, if I was going to get out it was to get out being positive," Ali said after the Stokes hit the winning runs against Mohammad Wasim Jr.

Stokes, who was instrumental in England's maiden ODI World Cup title win with an unbeaten 84 in the 2019 final, still felt that the win at Lord's was truly special. The star allrounder was full of praise for the bowling unit who rested Pakistan to 137/8 in 20 overs.

"In finals, especially chasing, you forgot all the hard work that came first. To restrict them to 130, the bowlers have to take a lot of credit," Stokes said.

England had a rough start to the Super 12 as they laboured to a five-wicket win over Afghanistan in their tournament openers, which was followed by a five-run defeat against Ireland. However, their chances to reach the semifinal were crunched when their match against Australia was washed out due to heavy rain.

They bounced back with a thumping 20-run win over New Zealand which was followed by a nervous four-wicket win over Sri Lanka to qualify for the last four. Stokes, who played the all-important innings of 42 not out in that game, looked back England's journey in the tournament.

"With Ireland (defeat by five runs in Super 12) being so early in the competition, we had to address it, we can't carry baggage in tournaments. The best teams take it on the chin, and move onto the next challenge. A pretty good evening," he said.

Do not question Stokes

England were absolutely dominant in the semifinal against India as the thrashed the 2007 winners by 10 wickets before putting in a clinical bowling performance in the final. Sam Curran led the attack yet again with a sensational 3-12 while leg spinner Adil Rashid bowled a maiden in his 1-22 from his four overs.

The 24-year old Curran was adjudged Player of the Match, but felt Stokes deserved the award over him.

"I don't think I should be getting this, the way Stokesy played there... we're going to enjoy this occasion, very special. They had big square boundaries, so into the wicket, it offered for the seamers, nipping around and a challenge for the chase. The way I bowl, I go into the wicket with my slower balls and keep the batsmen guessing. World Champions, how good!" Curran said.

Curran was full of praise for Stokes, who hit his maiden T20I fifty in the match.

"People question him, but there's no questioning him... he's the man!"

While Curran felt it was Stokes' award, he was also lost for words when he was awarded Player of the Tournament for his haul of 13 wickets from seven matches.

"A little bit lost for words. We're going to enjoy this," Curran said.

Rashid, whose 1-20 in the semifinal and 1-22 in the final, was crucial for England, cherished the moments after the final win.

"So proud of the boys, the position from the early tomorrow to now... we were nervous in the run-chase, but we knew we've got the firepower to get over the line. This doesn't happen often, so we'll cherish this for a long time."