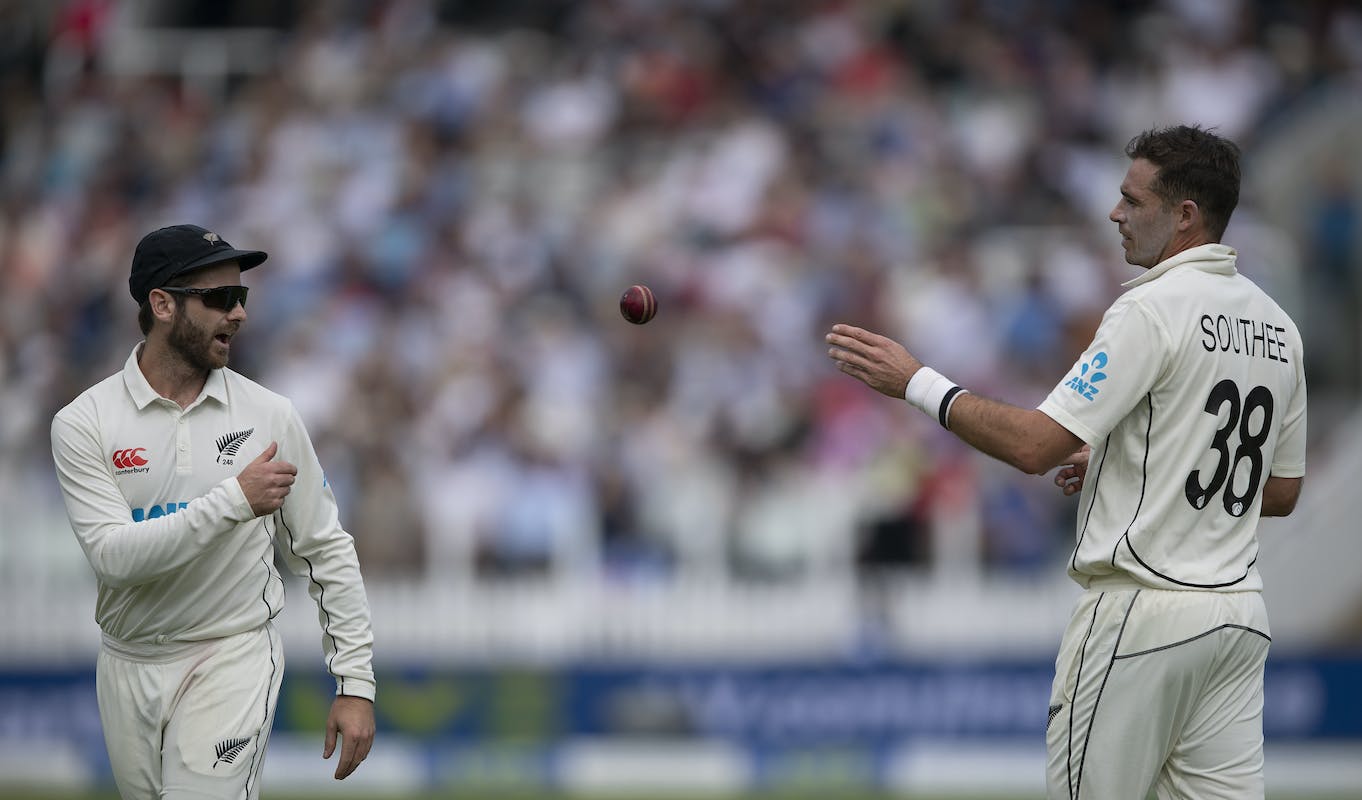 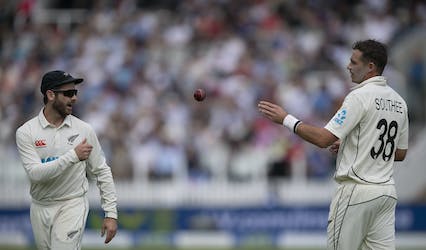 The pacer's first assignment will be the two-Test series against Pakistan, starting December 26

Kane Williamson has stepped down as New Zealand's Test captain, but will continue to lead the side in white-ball cricket. Fast bowler Tim Southee will take charge as the Test captain, starting with the Pakistan tour, New Zealand Cricket (NZC) has confirmed.

Southee, who has led New Zealand on 22 occasions in T20 Internationals (T20I) will become his nation's 31st Test captain, while Tom Latham has been confirmed as his deputy.

Williamson has led the Blackcaps in 38 Tests, winning 22, drawing eight and losing 10, since taking charge in 2016, following Brendon McCullum's retirement. He led New Zealand to a the World Test Championship (WTC) title last year. The 32-year-old believes that this was the right time to step aside.

“Captaining the Blackcaps in Test cricket has been an incredibly special honour,” he said.

“For me, Test cricket is the pinnacle of the game and I’ve enjoyed the challenges of leading the side in the format. Captaincy comes with an increased workload on and off the field and at this stage of my career I feel the time is right for this decision.

“After discussions with NZC, we felt that continuing to captain the white-ball formats was preferable with two World Cups in the next two years.

“I’m excited to support Tim as captain and Tom as vice-captain. Having played with both of them for most of my career, I’m confident they’ll do a great job.

“Playing for the Blackcaps and contributing in all three formats is my number one priority and I’m looking forward to the cricket we have ahead.”

The added responsibility on Williamson's shoulders seems to have done his batting a world of good. Among cricketers who have led in at least 40 Tests, Williamson's average of 57.43 is only bettered by West Indies batting great Brian Lara who averaged 57.83. Moreover, when New Zealand won, that average shot up to 79. The right-handed batter also struck 11 tons as captain - a record of New Zealand.

Southee will become the the first specialist pace bower to take charge on a full-time basis since Harry Cave did in 1955. Also, Dion Nash stood in for Stephen Fleming for three Tests in 1998-99.

“We’ve seen his captaincy skills on display with the T20 side and I’m sure he’ll continue to bring an aggressive style, whilst still maintaining the core fundamentals of how this Blackcaps team operates in the Test arena.  “He will also come from a slightly different perspective in being a bowler which I’m sure will also bring with it new ideas and fresh thinking.”

Southee, who is the current holder of the Sir Richard Hadlee Medal said he was looking forward to leading his side in whites. “It’s been a surreal few days and it’s just a massive honour to be appointed as Test captain," Southee, New Zealand's third highest wicket-taker in Tests, said.

“I love Test cricket, it’s the ultimate challenge and I’m really excited by the opportunity to lead the team in this format.

“Kane’s been an outstanding Test captain and I’m looking forward to working with Gary on how we can build on that.”

New Zealand will embark their first Test tour of Pakistan since 2003 at the end of the month. The two-Test series will kickstart on December 26 in Karachi, before moving on to Multan, starting January 3.

While Glenn Phillips and Ish Sodhi return to the side, fast bowler Blair Tickner receives a call-up after Trent Boult made himself unavailable for the tour. Kyle Jamieson too was not available as he continues to recover from a back injury.

“It’s going to be a new experience and the kind of challenge that excites this group," Stead said.

“We’ve naturally been keeping an eye on the current Test series against England, particularly the last two Tests of the series held in Multan and Karachi, where we will play.

“This series will be the first for Tim Southee as Test captain and together we’re both looking forward to getting into our work for the tour.”

The squad for the ODI series against Pakistan and India will be named on December 19. The ODIs against Pakistan will follow the Test series, with the first one set to be played in Karachi on January 10, followed by the white-ball tour of India from January 18, onwards.