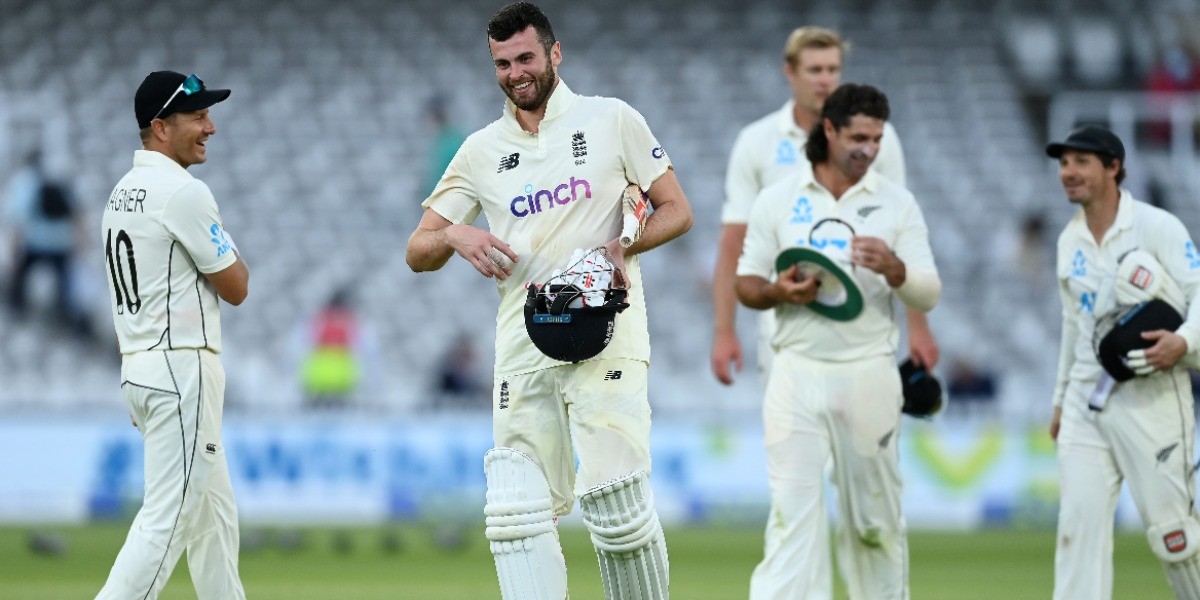 While New Zealand will be happy about the performance of Devon Conway, other issues need to be flagged off in the second Test

David Lloyd lives for drama and swears by it. How often do you see a cricket coach come to the press conference after a draw and utter, "We murdered them. We got on top and steamrollered them. We flipping hammered them. One more ball and we'd have walked it. We murdered them and they know it."

When England drew the Bulawayo Test against Zimbabwe in 1996 with the scores level, Lloyd, or Bumble as he is known, stirred a controversy that led to a few Zimbabwe fans raising a banner "Wanted. David Lloyd. For Murder of Zim Cricket Team. Last seen with his finger up his nose talking complete bollocks. He knows it and we know it."

Thus, you can figure out Bumble is not new to controversies. Post England’s draw against New Zealand at Lord’s, on Sunday, the former English batter was naturally fumed for it was “Quite one of the worst Test matches” he has ever seen, leading to a chain of reaction from many people, differing with the views.

If Bumble was right or wrong is not the subject here, but as the caravan moves to Edgbaston - a venue that had witnessed two of the most memorable Test matches in the last three English summers - after a gap of one year, the expectation for a fair contest is pretty high. In 2018, Virat Kohli dazzled it with one of the finest centuries on English soil before Steve Smith did an encore the following summer on his Test comeback. None of those knocks will be forgotten that easily.

As part of the Fab Four, Kane Williamson would have wanted to add a bit of his own zing and take a step forward to correct his overseas statistics. In England, South Africa, and Sri Lanka, his average stands in the mid-20s while in India, it is right in the 30s. In England, his average of 17.8 against good length deliveries is the worst for any kind of length followed by his struggle against short balls, which Robinson, especially in the second innings, exploited quite well.

However, on the eve of the Test, New Zealand Cricket (NZC) confirmed that Williamson would miss the Test due to an elbow niggle and Will Young would replace him in the side as the No.3 bat. While the regular skipper's absence would be a worrying factor for the Kiwis, Young has experience of batting in English county cricket and he would hope that will keep him in good stead in Edgbaston.

For a multitude of reasons, this will be an even more important game for Ross Taylor. Barring the gritty 70 against Pakistan in Mount Maunganui late last year, Taylor has been pretty ordinary in Test cricket lately. His last century came in 2019 and he has only one half-century to show against his name in the last 8 matches. Knowing that an impressive Will Young is warming the bench, Taylor needs to convert the starts to substantial ones before the all-important World Test Championship final kicks off a week later.

Thus, while New Zealand will be happy about the performance of Devon Conway and the possible comeback of Trent Boult, the issues need to be flagged off in the second Test as everyone waits for the WTC final with a bated breath.

For the hosts, it is not hunky-dory either, for they would be glad to have escaped the Lord’s Test unscathed with a day’s play being washed out by rain. The absence of some key players would give them solace that the result was not a fair representation of them as a team. Apart from Ben Stokes and Jos Buttler, the likes of Sam Curran, Chris Woakes, and Moeen Ali provide the kind of assistance needed to soar in English conditions. Their absence might have played out a plot twist but the middle-order batters need to do much better to project themselves as the future of English cricket.

At Lord’s, Dan Lawrence and Ollie Pope’s shot selections were bizarre, to say the least. While Zak Crawley has his own problems at the top order, Lawrence attempting anything on the fifth and sixth stump line leaves a dire taste to the onlookers. Tim Southee exactly knows how to make such batsmen dance to his tunes and Lord’s was just a teaser of things to come. The confusing feet movement left many wondering if they truly fit the bill as England embarked upon one of the most exciting summers of cricket.