We have positives even though we lost the series: Harmanpreet Kaur 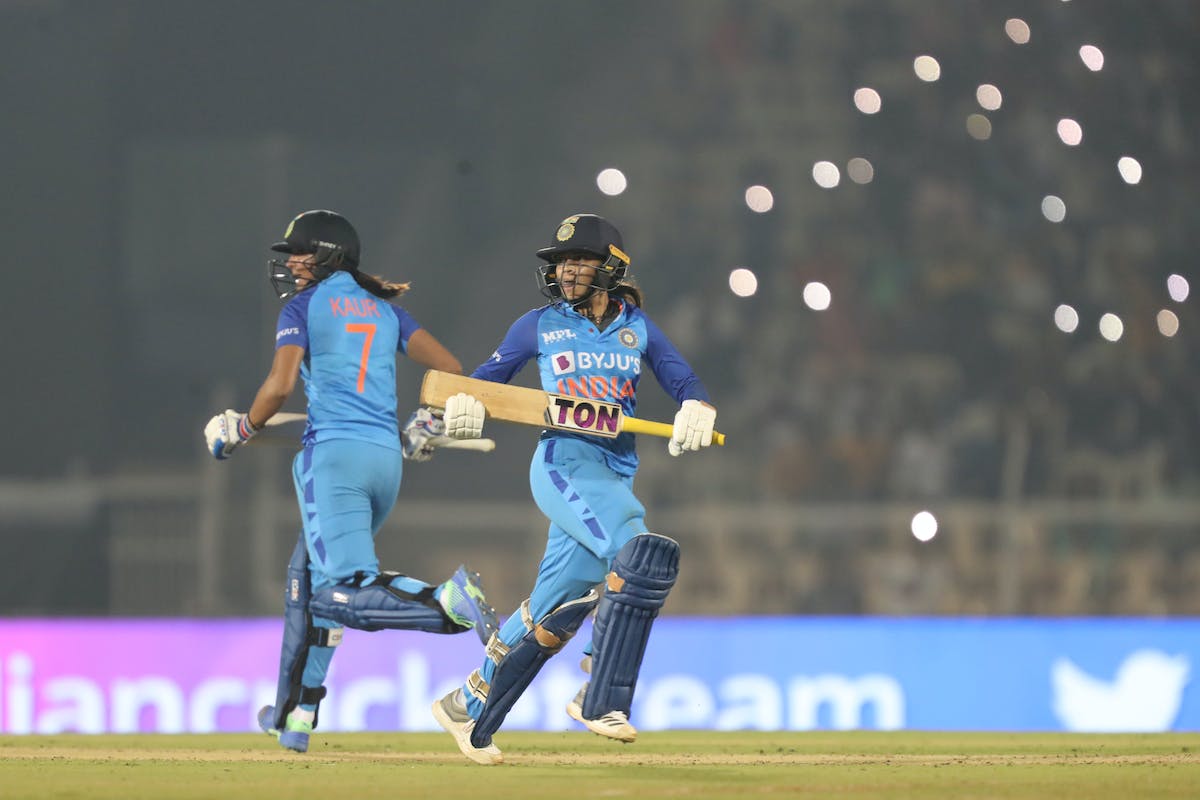 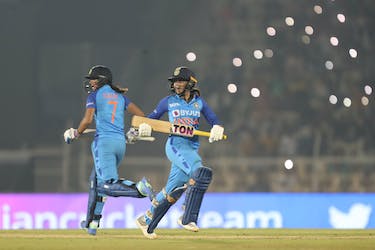 We have positives even though we lost the series: Harmanpreet Kaur

The defending champions were asked to bat first and were rattled early in the innings as they lost Beth Mooney and Tahlia McGrath in the first seven overs. To make things worse, Alyssa Healy had to, unfortunately, walk off the field due to calf strain and played no further role in the game.

Despite the jitters, Australia were powered to 188 for the loss of three wickets courtesy of a sublime 72 from Ellyse Perry and cameos from Ash Gardner and Grace Harris.

Stand-in skipper Tahlia McGrath heaped praises on the team and their bowling performance in the post-match presentation and said, "Very last minute thrown into the captaincy role but couldn't be prouder of the team and happy to wrap up the series with a game to play. The bowlers owned their plans and awesome to come off with a win even as India came hard at us."

The all-rounder also confirmed that the medical team would assess Healy's condition in the coming days, and a call on her availability will be taken closer to the game. "It is a calf strain, and she's in the hands of the medical team. We will see how she goes," McGrath said.

On the other hand, Harmanpreet Kaur was proud of the fight shown by the young players in helping the home team come closer to the target.

"We were in the game throughout. Just one over here and there could have made a difference. If I was there, things could have changed but unfortunately, I got out, we still had faith in Richa and Deepti. The 18th over, when we got only three runs, made the difference," she said.

"All the young girls who got an opportunity to play against this Aussie side will take away the experience. We have positives even though we lost the series," she further added.

The Indian skipper has not bowled in the four games, and Harmanpreet reveals she will resume the bowling responsibilities slowly once her injury from the Asia Cup recovers completely.

"I got injured in the Asia Cup, and I am coming back from that, so I want to take it slow and bat, for now, I will definitely come and bowl soon," she concluded.