We weren't brave enough with the bat: Kohli 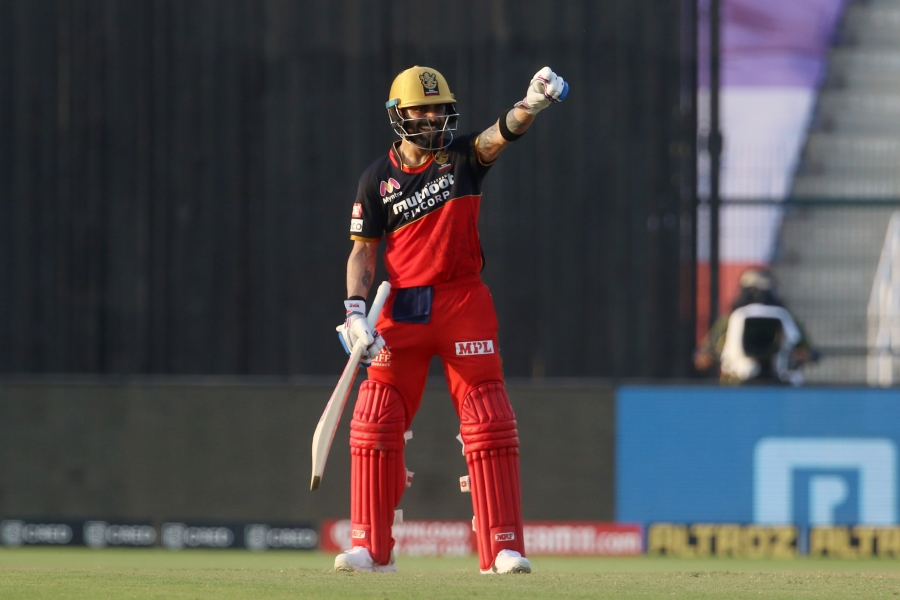 We weren't brave enough with the bat: Kohli

We weren't brave enough with the bat," said Royal Challengers Bangalore skipper Virat Kohli after his side suffered a five-wicket defeat at the hands of Sunrisers Hyderabad.

Kohli said Saturday's (31st October 2020) defeat has virtually made their last game against Delhi Capitals a must-win for a top-two finish in the standings.

RCB only managed 120 for seven after SRH asked them to take first strike.

"It was never enough. We thought 140 might be a good total to sort of get into the game on that kind of wicket. We weren't brave enough with the bat throughout the innings and credit to them - they used the pitch well and the change of pace," Kohli said after the match.

"It is a competitive tournament and you can't take any games lightly or any teams for granted, the situation is in front of us - we have to win our last game to hopefully finish in the top two.

"It is going to be a cracker of a game with both teams locked in at 14 points. I have always been a Bangalore boy in the IPL never sort of drifted towards Delhi," Kohli said about RCB's last league game against DC on November 2 in Abu Dhabi.

SRH first produced a brilliant bowling effort to restrict a batting-heavy RCB to a modest 120 for seven and then chased down the target in 14.1 overs to zoom to fourth spot in the standings from seventh.

SRH now have 12 points from 13 games and need to win their last league game against table-toppers Mumbai Indians to stay in the hunt.

RCB, who needed a win to seal their playoff berth, slumped to their third consecutive defeat in the tournament but stayed at second place in the table with 14 points from 13 games.

"Things changed drastically in the second innings. There was a lot of dew which we didn't quite predict. They got it right at the toss eventually. In the end it was very difficult to hold the ball.

"Strange one. In between we thought the weather has become pleasant and there wasn't any dew, but last few games in Dubai and here as well there has been dew. The pattern keeps changing but regardless (of that) you need to have runs on the board," he said in the post-match presentation ceremony.

SRH captain David Warner said their goal was clear coming into this match -- win the last two games and progress into the playoffs.

"We knew we had to beat the top two teams in order to progress. We got one more to go against Mumbai. Losing Vijay (Shankar) is a big miss. For us we have worked out, how to go about at the top of the order.

"With the bowling, all the credit goes to them. We are finding the right balance and the right partnerships. To go for less than 20 in 4 overs, it's ridiculous," he said.