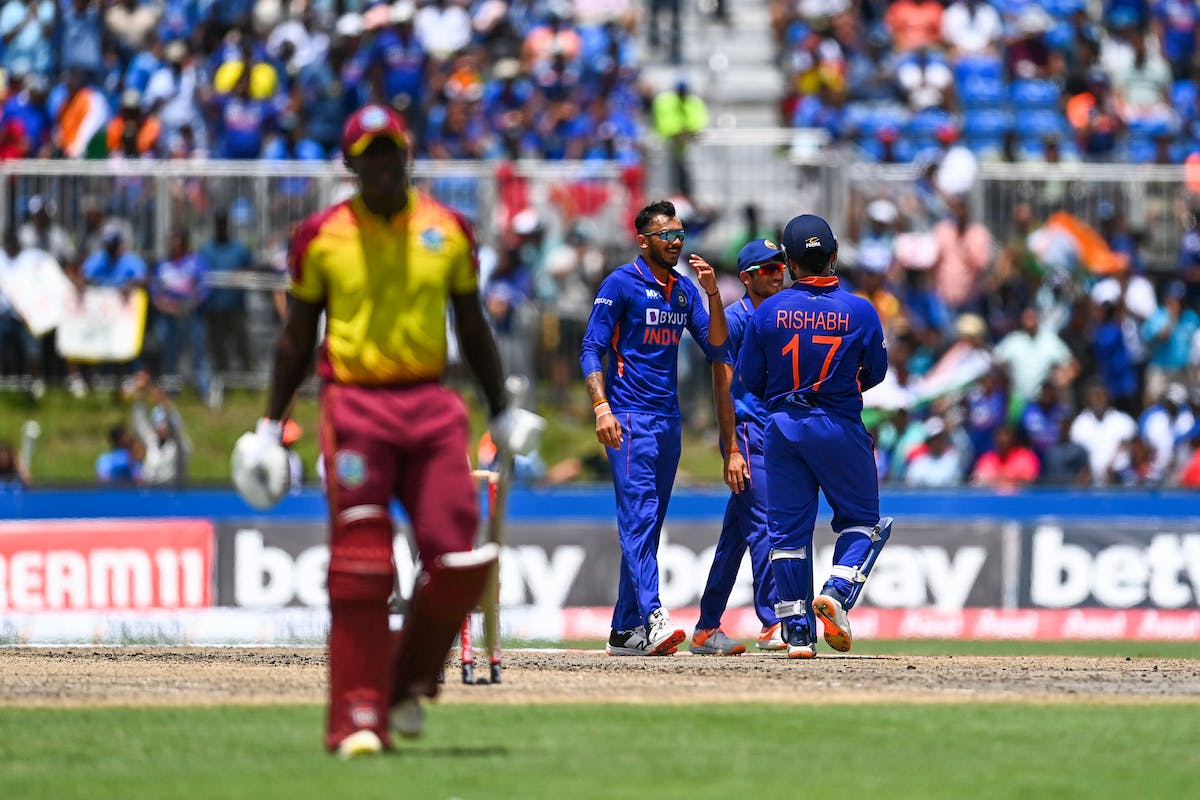 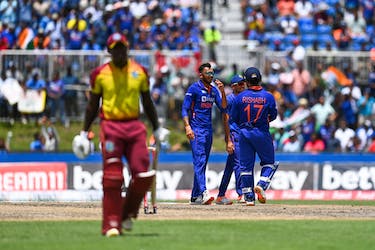 India are set to play another dead rubber to cap off a successful white-ball tour of England and West Indies. Since the last T20 World Cup, India have fared in five T20I series of more than two matches. In four of them, they won the series before the final fixture.

As impressive as this record is, the domination means little to the visitors when compared to the larger vision of reclaiming the T20 World Cup in the upcoming edition of the tournament. Having featured in 18 T20Is this year, India have tried 27 players, the most by any Test playing nation. And it is safe to assume that they have figured out their best candidate for most spots.

However, this dead rubber is probably their last chance for experimentation. There is a good prospect that the World Cup preparations will now move into a phase where they would like their anticipated combination for the tournament to play together. There is no better opportunity to implement that than a multi-team tournament like the 2022 Asia Cup which is their next T20I assignment.

West Indies, the hosts, are at the other end of the spectrum. Despite most players available, they are far from their best combination. They managed to pull one game back in the second T20I but have been flat since. The drubbing in the fourth match not only conceded the series, but also raised further question marks on their expertise on both fronts.

The difference in bowling numbers

Twice in three matches while batting first, the Indian side has posted above par totals on slow tracks. 190 in the first T20I in Tarouba and 191 in the previous game in Florida have engineered victories by massive margins of 68 and 59 runs respectively.

The point of difference has been the fast bowlers. None of the Caribbean pacers - Obed McCoy, Jason Holder, Alzarri Joseph, Odean Smith and Dominic Drakes - have managed an economy of under 8 runs per over. On the contrary note, India have used only three pacers in the series. Both Arshdeep Singh and Bhuvneshwar Kumar have ceased the flow of runs with an economy of 6.3 and 6.7 runs per over respectively. Only Avesh Khan has gone at 10.2 runs per over. 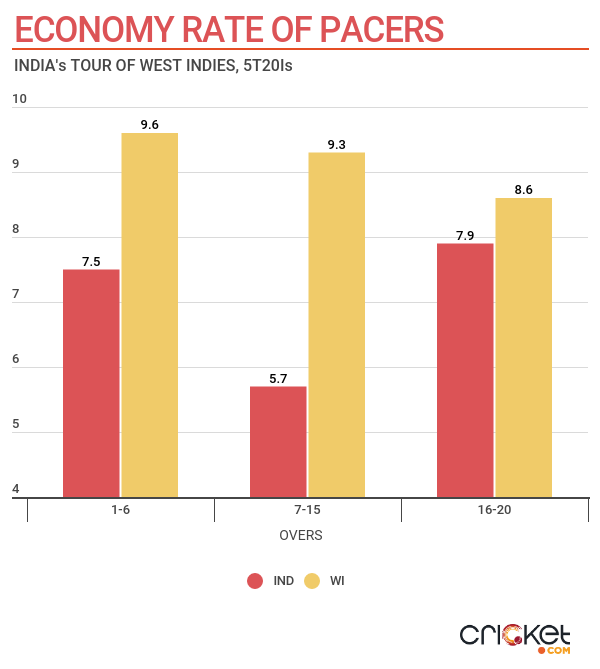 A phase-wise breakdown reveals a difference of over 1 run per over in nearly every phase. It has enabled India to post big totals which have eventually turned out to be a mountainous task for the Windies’ batters.

The engine room of West Indies’ batting line-up - the middle-order - has broken down in this series. Nicholas Pooran, Shimron Hetmyer and Rovman Powell have scored only 203 runs between them, averaging 16.9 runs per dismissal. A part of it has to do with chasing big targets consistently as well West Indies’ long-lasting struggle against slower bowlers.

Amidst this lot, Pooran’s scores of 24, 22, 18 and 14 have been the most disappointing. He has appeared to be the most secured batter in the whole line-up but has found ways to get out. In the fourth T20I, he suffered a tragic run-out in a mix-up with Kyle Mayers after scoring 22 off Axar Patel’s over.

Given his form, Pooran seems to be the only batter who can respond to the huge totals the Indian team have posted. In a will to salvage their pride, West Indies will hope Pooran to finally come good in the series.

After a long wait, it has been a superb start to Arshdeep Singh’s international career. At 6.3, he has the best economy rate among specialist bowlers in the series. At the same time, his tally of seven wickets in four matches is the highest for an Indian bowler.

The Caribbean conditions have left Bhuvneshwar Kumar bereft of swing with the new ball while Avesh Khan has missed out on bounce. In such circumstances, Arshdeep’s ability to pick wickets and control the flow of runs have covered up for the shortcomings of both his seam bowling partners.

There is another aspect that highlights the left-arm seamer’s contribution to the series win. The right-arm pacers - Bhuvi, Avesh and Hardik Pandya - have struggled to contain the West Indies’  left-handers. They have conceded at 8.1 to the southpaws as compared to 7.1 against the right-handers.

However, Arshdeep has bowled at an economy of only 5.8 to the lefties as compared to 6.8 against the right-handers.

Following consecutive disappointing results with ordinary returns in both departments, West Indies may make some changes in their combination. Like any other struggling side, it is tough to point out any obvious changes in the side.

Coming to the Caribbean with 17 players for the series, discounting the injured Harshal Patel, India have seamlessly blended in 15 of them in four games. Among those left, Kuldeep Yadav has negligible chances of heading to the World Cup while Ishan Kishan’s prospects also hang by a thread. Will we see both or at least one of them make it to the XI this time? It remains to be seen.

But for a side that has already won the series and has embraced experimentation in recent times, there will certainly be some changes in the XI.