What is the longest time anyone has taken to score an IPL century? 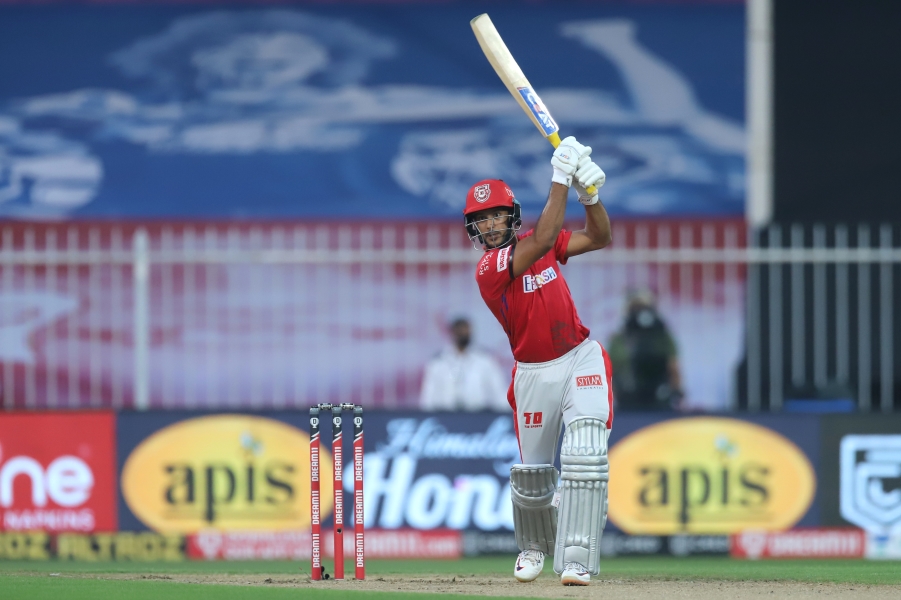 What is the longest time anyone has taken to score an IPL century?

Could you please provide similar details for Virat Kohli and AB de Villiers, as you had done for MS Dhoni and Suresh Raina while batting together in IPL? – Arun Venkat on Facebook

The first time they batted together for RCB was against Deccan Chargers at Hyderabad on 14 April, 2011. They added just two runs for the fourth wicket while taking the score from 27/3 to 29/4, when AB was dismissed for a duck! RCB went on to lose the game by 33 runs. And the last time they batted together was against Rajasthan Royals at Abu Dhabi recently on 3 October 2020, when they were involved in an unbeaten 34 runs partnership for the third wicket. Overall, since 2011, their partnership aggregate currently stands at 2917 runs in 70 innings they have batted together for a very healthy average of 44.20 runs per innings. They have been involved in nine 100+ partnerships, with their 229 against Gujarat Lions at Bangalore on 14 May 2016 being their best effort, when their team won by a huge margin of 144 runs. They have also been involved in ten other partnerships of fifties (50 to 99). Their top partnerships in IPL cricket is listed below: 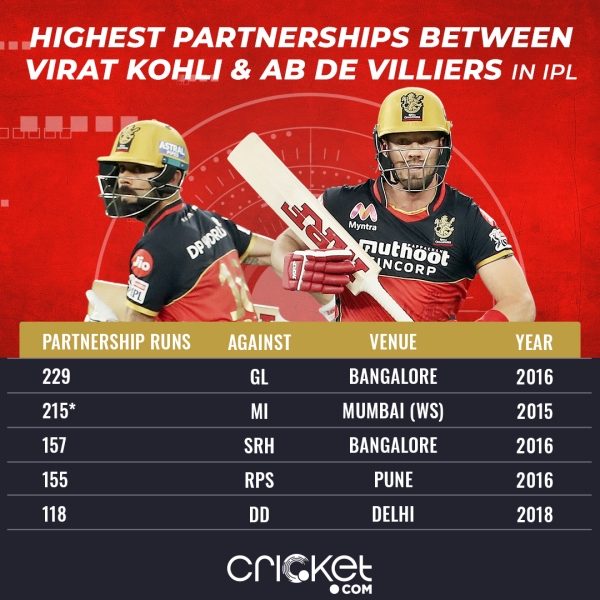 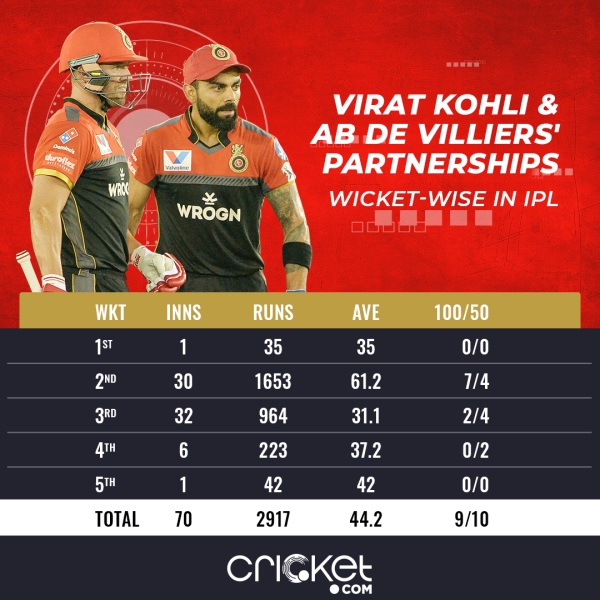 Mayank Agarwal who has been playing IPL for more 10 years has finally scored a century this season. Is this the longest anyone has taken to do so? Sanjay Bhardwaj on Twitter

Yes, if you consider the number of days since his debut match (on April 9, 2011), he has taken the longest time in terms of days – 3459 days, ie, 9 years, 5 months, 18 days to score an IPL century. He achieved this feat during his knock of 106 runs for Kings XI Punjab against Rajasthan Royals at Sharjah on September 27, 2020. However, in terms of innings Virat Kohli has this record, by scoring his maiden IPL century in his 120th innings in April 2016. Agarwal is at number four in the list. Check out the list below. 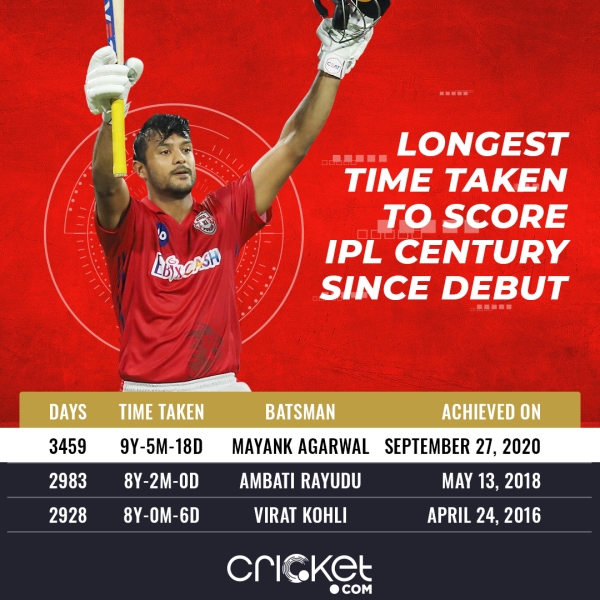 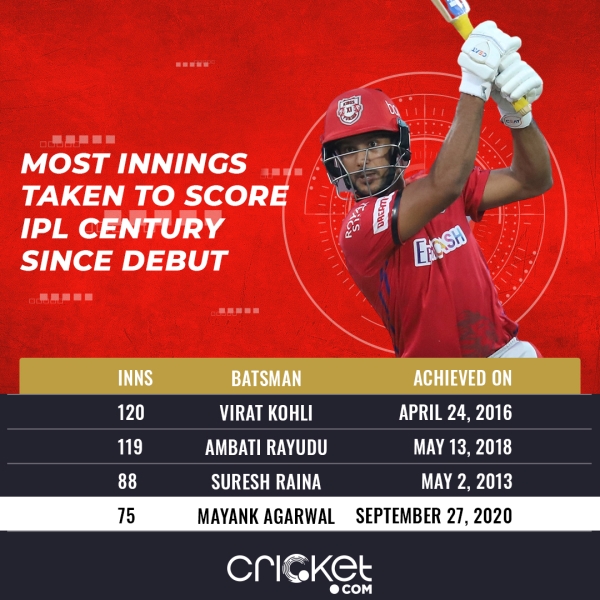 How often have Chennai Super Kings lost three or more IPL games on the trot? – K Satish on Twitter

The maximum consecutive matches they have lost have been four – in March 2010. Then on three other occasions, they have lost three in a row including the one recently. The list below has the details. 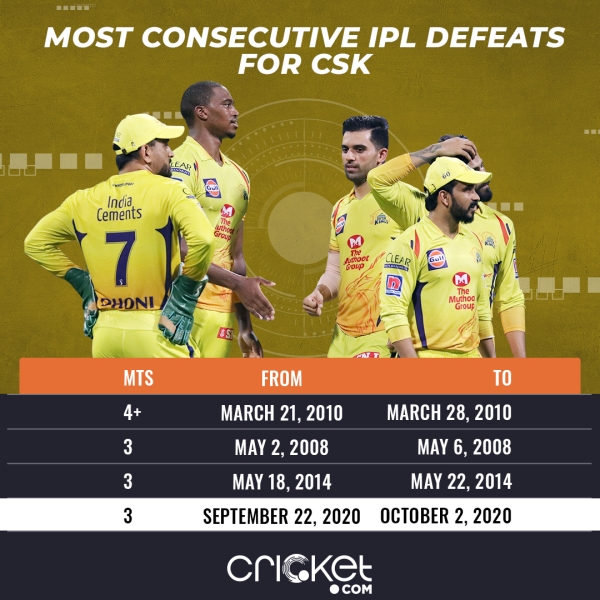 + began with a Super over defeat

In the IPL match between RCB and RR at Abu Dhabi, Navdeep Saini despite bowling a maiden over conceded 37 runs in his four overs. Is this the most conceded in a match by a bowler who bowled a maiden over? Aniket Kulkarni on Twitter

In the match at Abu Dhabi, Navdeep Saini conceded 37 runs against Rajasthan, with a maiden over in his four overs. However, several other bowlers in IPL have conceded more, while doing so. CSK’s Shardul Thakur holds this dubious record of conceding 46 runs against RCB at Bangalore in April 2018. His figures being: 4-1-46-2.

How many teenage cricketers have been able to make a fifty in an IPL match? - Ravi Kant on Twitter

In the recent IPL game at Dubai, SRH’s Priyam Garg became the tenth teenager to make a fifty-plus score in IPL cricket. Overall, 22 50-plus scores have been registered by teenager cricketers before their 20th birthday. The full list is below: 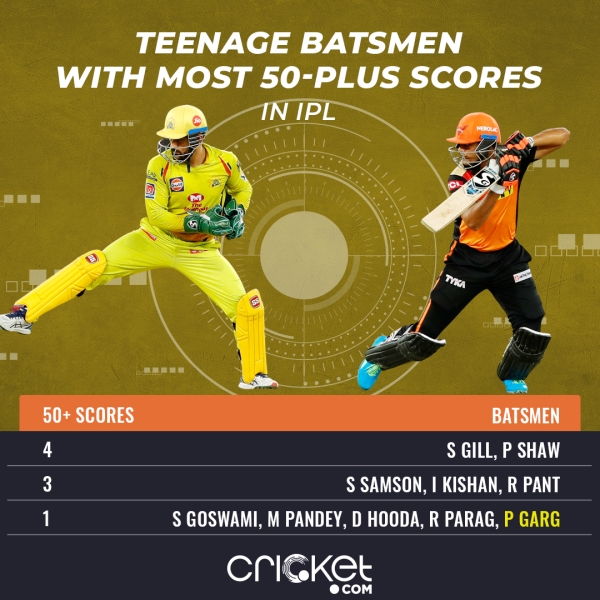 Note: Manish Pandey is the only one in the above list who has a century

Is Devdutt Padikkal’s 56 against SRH one of the highest by a player on IPL debut? – Ajay Awasthi on Twitter

The distinction of scoring a century in their IPL debut goes to KKR’s Brendon McCullum and CSK’s Mike Hussey. They both did so in the first-two matches of the inaugural IPL season in 2008. Since then several batsmen have managed to make a fifty on their IPL debut. However, among Indian debutants, Padikkal’s 56 is the third best after Rajasthan’s Swapil Asnodkar (60) and Delhi’s Gautam Gambhir (58*) – both in 2008. Refer to the list below for the top scores by Indian debutants: 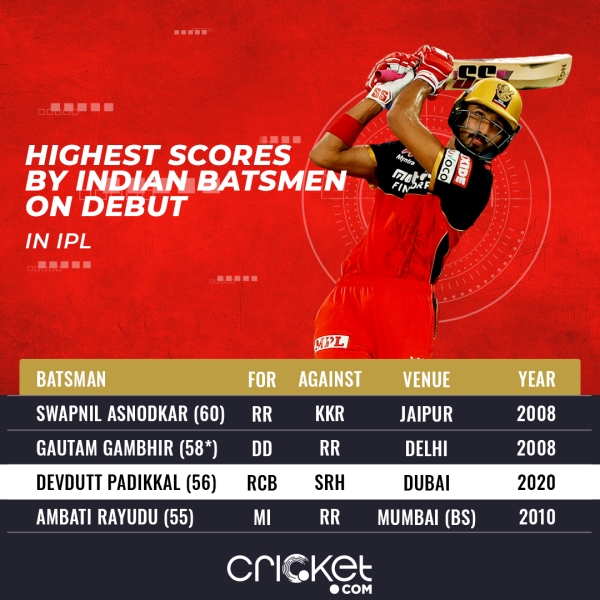 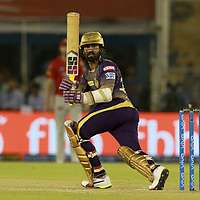 STATS BURST
Who is the youngest to captain any IPL team?
In this new series - your cricket-related queries will be answered by our expert statistician