Windies in search of batting stability against tour novices Pakistan 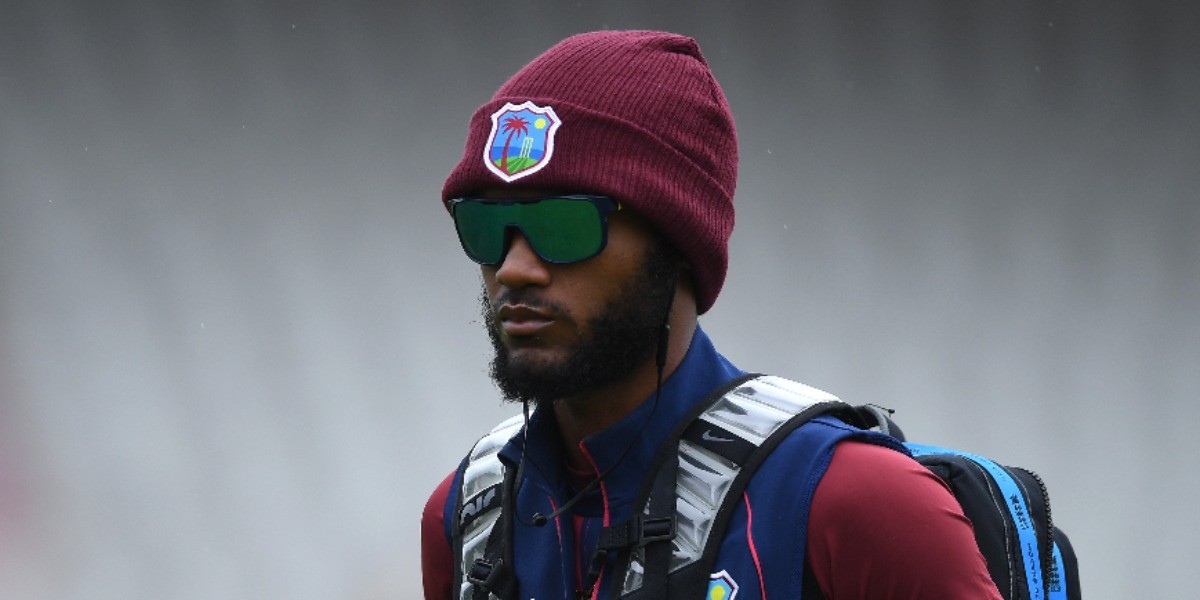 Windies in search of batting stability against tour novices Pakistan

Thirteen Pakistan players are on their maiden Test tour of Windies

When Pakistan landed in the Caribbean in late July, their second away series on the trot, there was already a bit trepidation within the camp. The Babar Azam-led side were scheduled to play five T20Is to kick off their month-long tour, but the postponed final ODI between West Indies and Australia three days prior ate up a game from their bilateral. Their ordeal was compounded when three off the remaining four matches were washed out due to rain, with only 12 overs of game possible. They sealed the series on account of winning one game, but the exasperated look on Babar’s face during post-match presentation told the tale.

Over the past few years, Test cricket has taken a backseat for Pakistan. Since 2019, they have played the most T20I (38) matches among the top-10 teams while playing just 16 Tests, only Bangladesh (12) and Zimbabwe (8) have played less. For these matches, they have mostly gone with the most in-form team from their white-ball matches which preceded the Test series.

While it may have provided revivals of careers such as Mohammad Rizwan and Hasan Ali, the lack of Test specialists have tormented them against top teams. Their four wins this year came against a transitioning South Africa at home and a re-emerging Zimbabwe but were thoroughly outclassed against New Zealand where they lost by a margin of over 100 runs twice. However, meeting West Indies, another side suffering indifferent form in Tests bodes well for them. 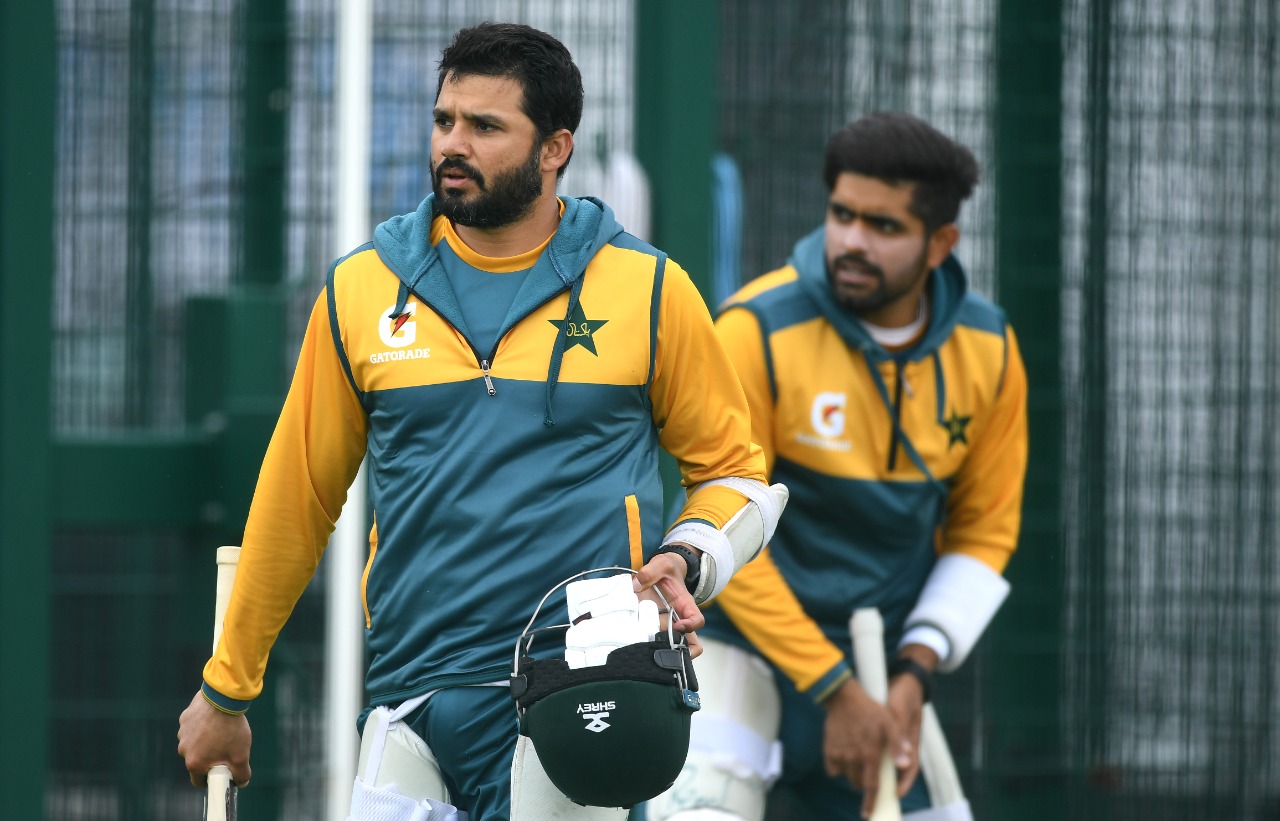 Despite their inexperience of playing Tests against the Windies, the visitors still have a quality bowling attack in the form of Hasan Ali, Shaheen Shah Afridi and Mohammad Abbas on pacer-friendly wickets. They will look up to the experience of Yasir Shah, who picked up 25 wickets from three Tests during the 2017 tour.

In the batting department, Pakistan will be banking on the experience of veteran Azhar Ali, who scored his highest Test score of 302 not out against the Windies, besides three fifties and two hundreds from 16 innings. Babar and Rizwan, Pakistan’s in-form batsmen this year, will look to add steel to the middle order.

Under Kraigg Brathwaite, the Windies have registered a sensational 2-0 series win in Bangladesh, but have lost badly to South Africa and hobbled to two draws against Sri Lanka. Apart from the famous victory at Rose Bowl in 2020, the first international match since the pandemic began, the Windies haven’t put up a memorable fight in red-ball cricket.

Their circumspect batting unit has been a big roadblock for the team, which has lost a wicket every 25.3 runs in the past two years – the worst among Test-playing nations. Brathwaite has been the highest runscorer during this time with 830 runs from 34 innings, but his consistency has been an issue as his average of 25.15 suggests. The team has often relied heavily on former skipper Jason Holder in case of a middle-order collapse and the 28-year old remains their second highest top-scorer with 733 runs, but had struggled to get runs in the recent series against South Africa. 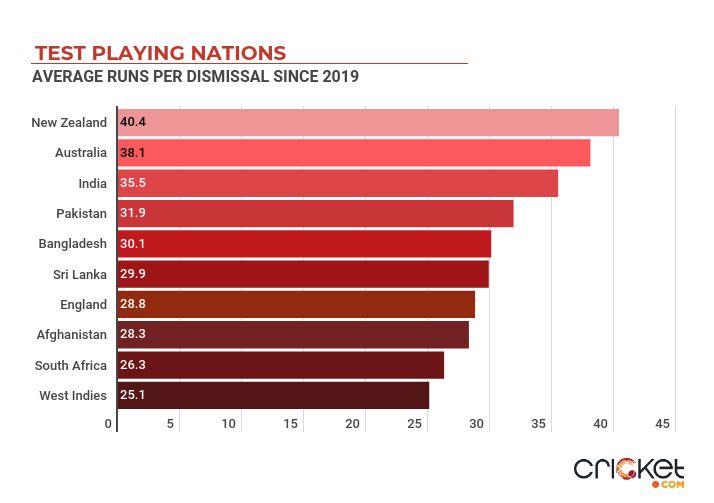 Against a quality bowling attack, the series will be a litmus test for the likes of Shamarh Brooks and Kyle Mayers who have shown promise after making their debuts recently. The two Tests will also be a big opportunity for Rahkeem Cornwall, Shai Hope and Roston Chase, who despite being familiar with the national team set-up have failed to fire with the bat.

However, in familiar conditions, the onus will be on the hosts’ pace unit, which is yet to find its groove this year. The presence of senior pacers Holder and Kemar Roach in the absence of injured Shannon Gabriel is beneficial, but heavy contributions from Alzarri Joseph, Chemar Holder and Jayden Seales are need of the hour for West Indies.