You have to be brave to write Virat Kohli off at any stage: Aaron Finch 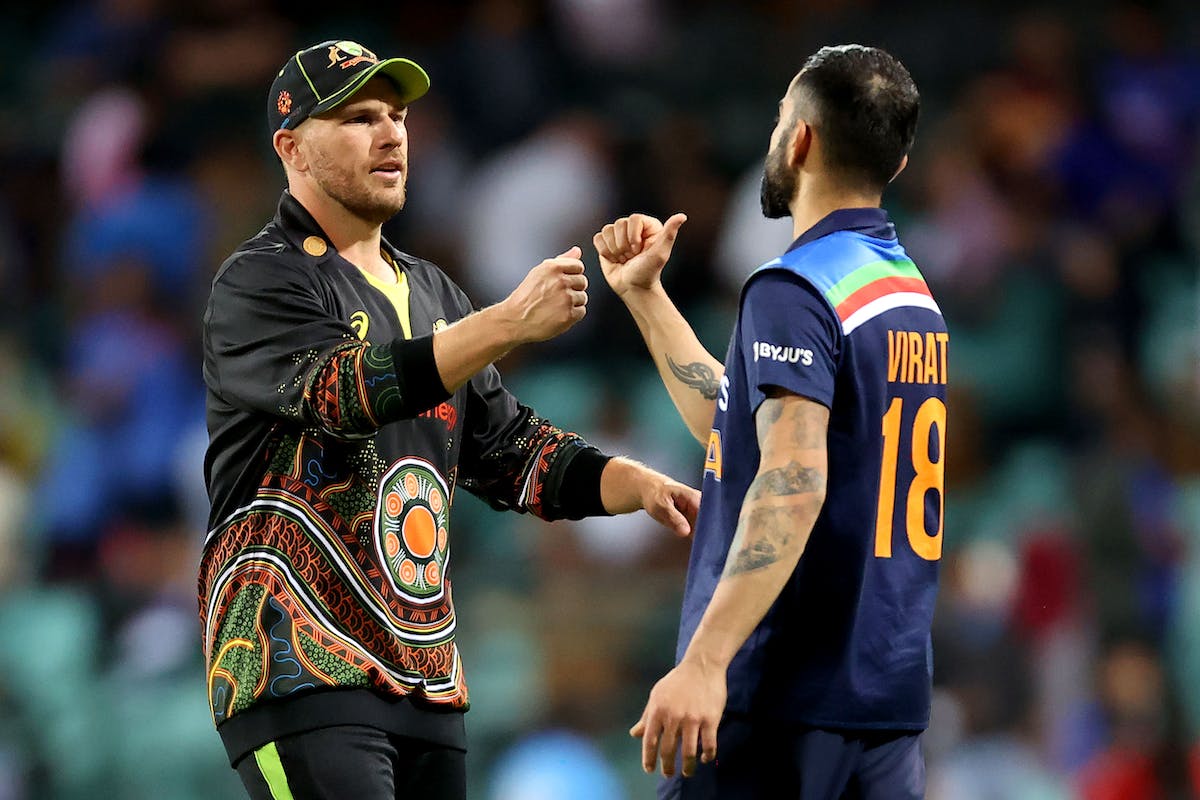 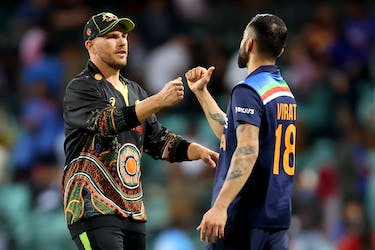 You have to be brave to write Virat Kohli off at any stage: Aaron Finch

Australia captain Aaron Finch terms Virat Kohli as one of the greatest players of all time and warns against writing the former India captain off at any stage. Kohli quashed any doubt anyone had over his form with a swashbuckling century in the Asia Cup against Afghanistan to break his drought and also ended the tournament as the leading run-getter.

"You'd be a very very brave man to write off Virat at any stage. He has shown for 15 years now, that he is one of the greatest players of all time. Particularly in T20 cricket, he is someone who has developed his game and grown his game over for such a long period," Finch said at the press conference ahead of the first T20I in Mohali.

"You are always trying to prepare to the best of your ability when you are coming up against Virat. He is superb... 71 international hundreds, that is just ridiculous, isn't it," Finch, who has been out of form with the bat of late, added.

Kohli opened the innings against Afghanistan to smash an unbeaten 122 off just 61 deliveries to register the highest individual score for India in the format, which led to questions if he should continue to open moving forward. However, skipper Rohit Sharma made it clear that it will be Rahul who will open for India in the upcoming T20 World Cup in Australia.

"Virat Kohli is our third opener. In the last match of the Asia Cup, we were happy with the way he played. KL Rahul will open the batting in the World Cup, his performance sometimes goes quite unnoticed. He is a very important player for Team India," Rohit had said on Sunday (September 18).

"For us, I just want to make it clear that we are clear in our thought process. We do not have any confusion, we are very clear about what KL Rahul brings to the table for us, he is a quality player and is very important for us. His presence at the top is very crucial for us."

Australia are scheduled to play three T20Is against India, the first of which will be on Tuesday (September 20) in Mohali, before playing two more against West Indies and three against England before the upcoming T20 World Cup in Australia. The conditions here in India will be completely different but that won't stop Australia from trying out combinations that would suit them at home.

"Every decision that we make has one eye towards the World Cup and seeing the wicket yesterday it looked like there was quite a bit of grass on it. We know in Mohali the ball can swing around and it can carry through quite a bit.

"We'll be mindful of not being too narrow minded in terms of our focus – what we've tried to do over the last eight to 10 months is to make sure everything we're doing in the T20 space ties back to the World Cup.

"For us, it's about making sure once we get there that we've had plenty of different combinations of teams that we can play because the last thing that you want is have an injury derail your whole campaign because you're pigeonholed into playing one style of cricket or one structure of team. There will be a little bit of mixing and matching but still with that one eye towards the World Cup to make sure we're still as rounded as we can be as a squad."

Talking about Tim David, Finch said: "We're not going to ask him to do anything he's never done before. We back his skill set, we back what he brings to the table and we back that his best is well and truly good enough for international cricket. Tim's been super impressive for a long period of time in T20 cricket now, he's someone who we know has got the power, he's shown that all around the world wherever he's played.

"The fact he's come into the squad with such a great attitude, he's been training brilliantly, he's a really good all-round package with his ability to bowl a few overs, very good in the field, so we're excited with what he brings to the squad."

Finch also hinted that Steven Smith might bat at No. 3 in the absence of Mitchell Marsh. ""Most likely he'll (Smith) bat at three in this series with Mitch Marsh being out. We know the quality that Steve's got. He's one of the best players that has ever played the game over all formats of the game.

"So we know the skill that he's got and the game sense and the tactical nous that he's got. So we're really confident that regardless of what role he has to play within the structure of the squad, that he can do that very, very well."