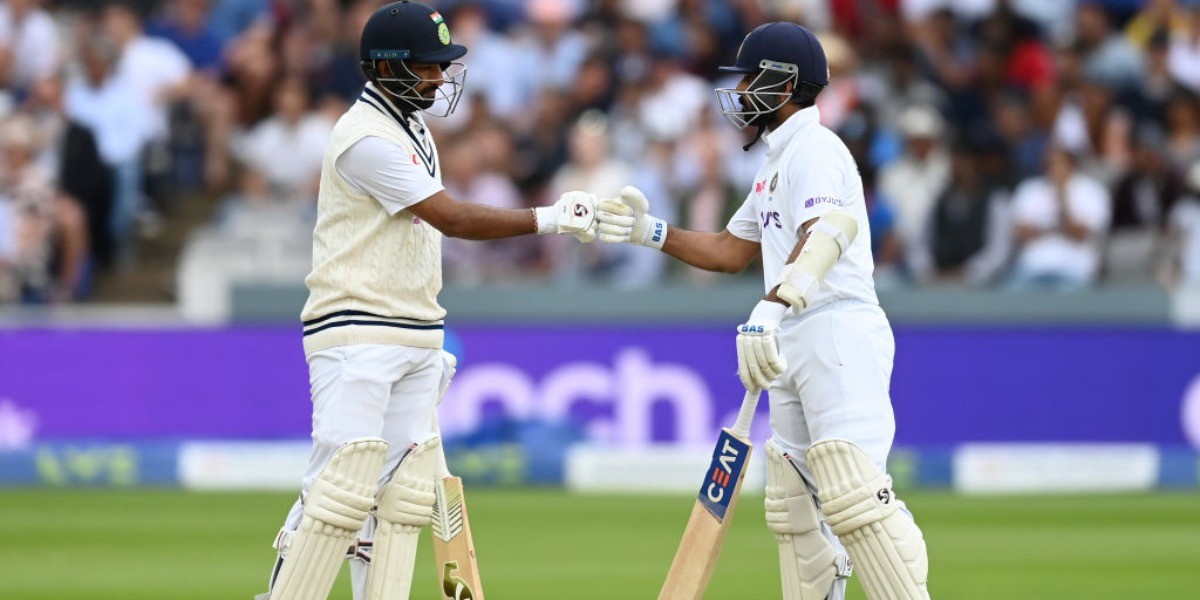 Starting fresh, Indian openers had a difficult task in their hands. The variable bounce with a hint of movement troubled them early in the innings. The first innings centurion KL Rahul, was the first to make way after Mark Wood found his outer edge. Later, Rohit Sharma was sucked into the short ball trap. The pull-shot which is his strength is also his biggest weakness. After smashing a six in the same are two balls before, Rohit toed one to Moeen Ali at square leg.

The Indian big three who have had a lean patch since 2020, were handed the task of saving India from disaster. But, the Indian skipper, Virat Kohli, failed once again. Cheteshwar Pujara and Ajinkya Rahane came together to stitch a 100-run partnership for the fourth wicket. On the back of their century partnership, India is 154 runs ahead with three wickets in hand and Rishabh Pant still at crease. The fourth wicket partnership was the highlight of the day and there were few records that they set and here are those:

Every Indian captain post Mohammad Azharuddin in 1990, has found difficulties scoring at the Home of cricket. Azharuddin in that match scored 121, which was the last 50+ score by an Indian skipper at Lord’s. Post 1990, in the seven matches played, the highest score registered by an Indian skipper is 42 by Kohli that was in the first innings. All-in-all, since 1996, seven Indian captains have averaged only 15.3 without a single half-century. 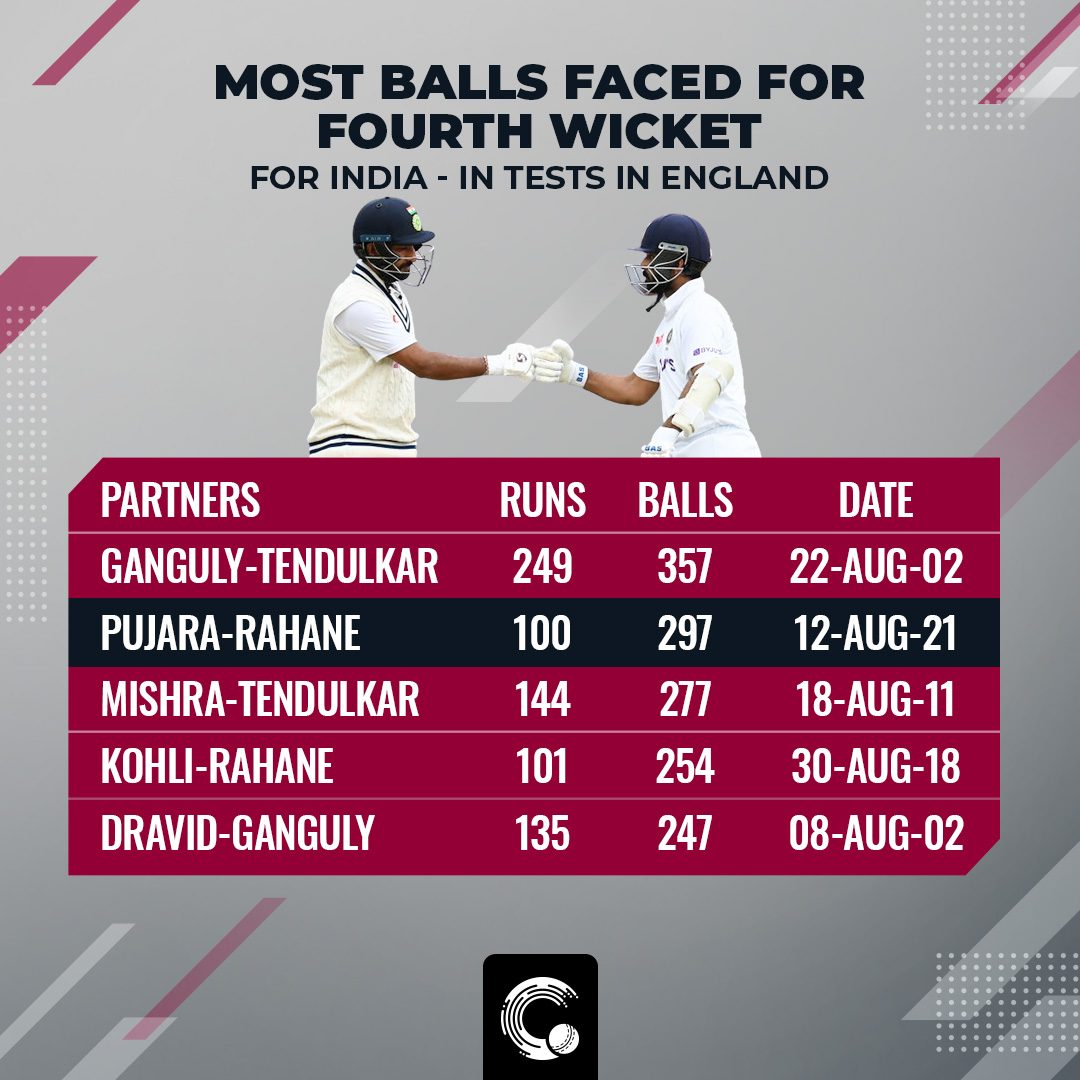 As said earlier, the Indian big three, Pujara, Kohli and Rahane have been horrendous since 2020. For Kohli, it continued to be one more. But, Pujara and Rahane made good use of the chance by posting a century runs stand. Mainly, they consumed the balls at the start to settle down and then cashed in on the loose balls. They batted for 297 balls, which is the most the pair batted for in Tests. In addition, this is also the second most number of balls faced by an Indian fourth wicket partnership on English soil in this century. 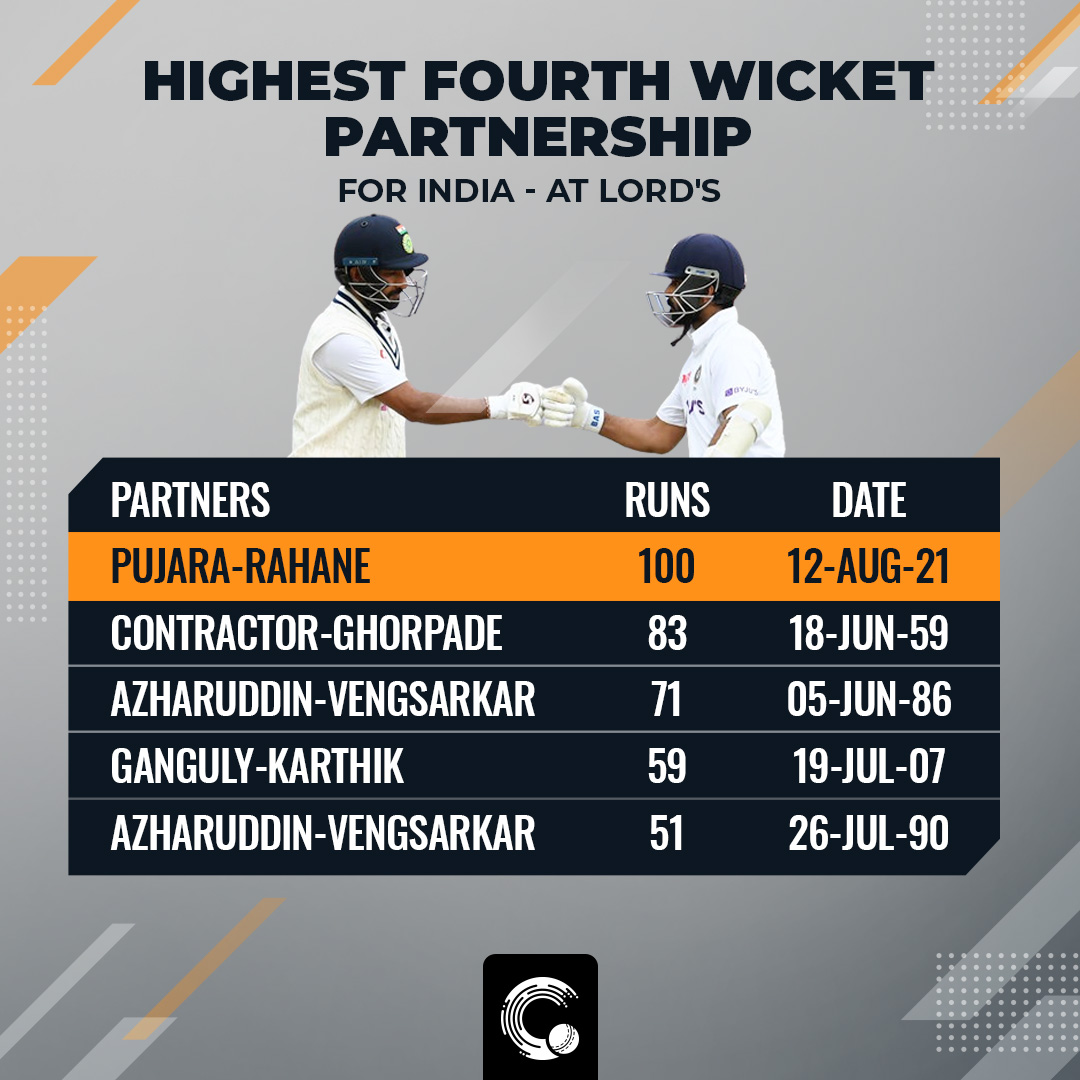 In difficult situations, the vice-captain Rahane and Pujara showed their grittiness. When Kohli was dismissed, India were just 18 runs ahead. Rahane and Pujara batted the whole of the second session without being separated. Though they scored only 49 runs, it was the time and overs they ate that mattered. In the third session they capitalized on the loose balls and registered the first ever century partnership for the fourth wicket at Lord’s.

It has been ages since we saw Pujara lift his helmet and unfurl his arms towards the dressing room after a century. The dry patch of his started after the Sydney Test in 2019 where he scored 193. Post that, he has played 33 innings without one at number three. This is the joint second longest gap for an Indian number three without a century in Tests. He himself had a dry patch of the same number of innings in between December 2013 and October 2016. Ajit Wadekar had gone 39 innings without one in between July 1968 to July 1974.