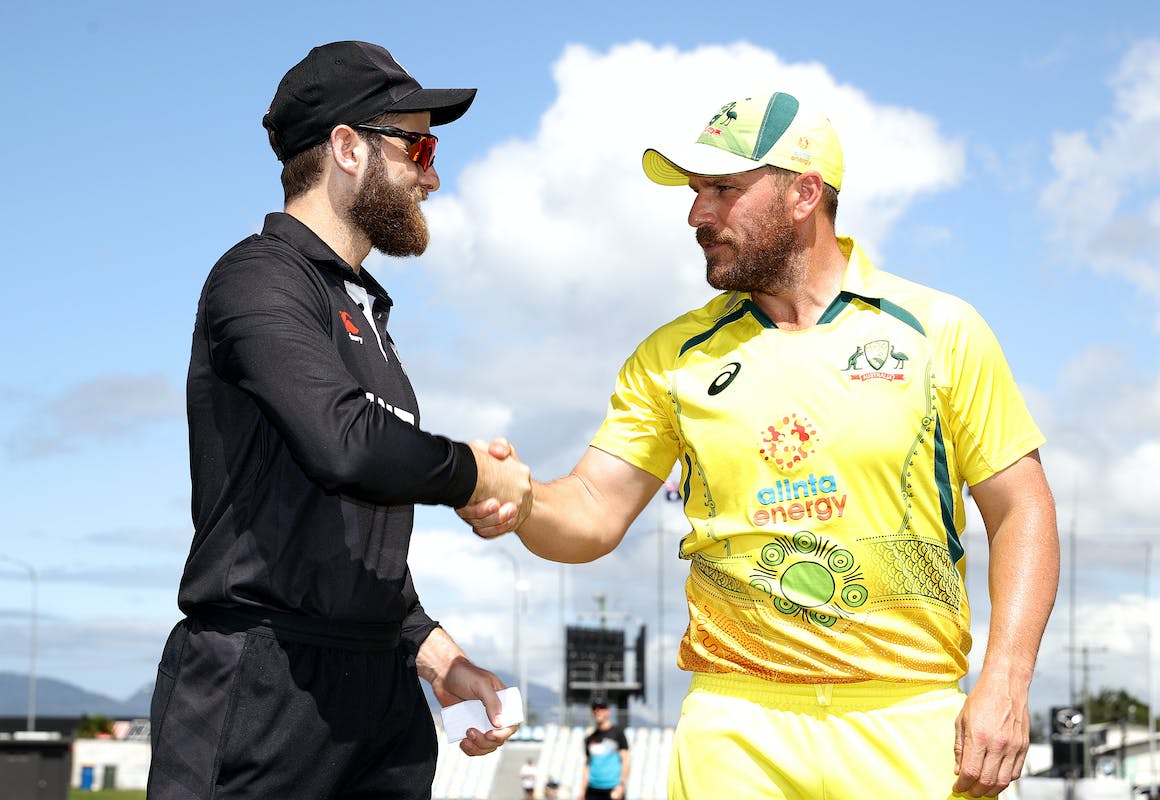 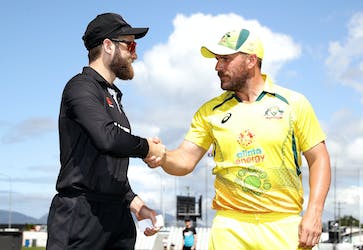 The Blackcaps have not won a match in Australia since 2011

Australia captain Aaron Finch says New Zealand's poor form in Australia does not take away from the fact they have been a top side in World Cup events over the last few years. New Zealand made the finals of the 2019 50-over World Cup and also finished second best to Australia in the T20 World Cup final last year.

Between all this, they managed to win the World Test Championship (WTC) final 2021, where they beat India to claim the title. However, it has been over 10 years since New Zealand won a match in Australia. Will that play a part?

"You can never ever take any team lightly, and we're seeing how close all teams are in this competition, even through the qualifiers. The teams are so close, and the margins in T20 cricket are so fine that any person on their day can take the game away from the opposition.

"You just have to be really mindful of that and hope you're on the right side of it each time."

The last time New Zealand won a match on Australian soil was in 2011, when they won a Test match in Hobart. They are yet to win a T20I though.

New Zealand skipper Kane Williamson too does not believe in reading into that too much.

"No, we haven't thought too much about that. Obviously a lot of those clashes have been against Australia, a very strong side. You come here to world events, and you play a variety of opposition at all different grounds," Williamson said ahead of his side's first game at the T20 World Cup 2022.

"Yeah, for us it's just sticking to basics, the style of cricket that's important to us and looking forward to the tournament ultimately."

Finch also confirmed that Cameron Green, who was added to the squad as a replacement for Josh Inglis, will not play against New Zealand, having just arrived from Perth earlier today.

"He's just arrived this morning in from Perth. He's come in as cover," Finch said.

"We've taken the risk and not gone with the extra keeper, which obviously had a degree of risk to it, but we feel as though Cam gives us a little bit better balance to the squad."

So, what happens in case Matthew Wade is injured? Finch said, David Warner is most likely to don the gloves and has also practiced a bit in the nets.

"He did a little bit of practice yesterday. Myself, maybe I could do it. Maybe captaining and keeping when you haven't done it before is a little bit tougher. Maybe Mitchell Starc can bowl a few up front, take the gloves through the middle, and then bowl again at the end. It's a good question.

"Probably Davey, to be honest. And like I said, that's a risk that we're prepared to take at the moment."

Trent Boult could be a threat for Aaron Finch, having gotten the better of him twice in T20s and five times in ODI cricket. Finch admits it would be a challenge facing him.

"Trent is an unbelievable bowler. He has been for 10 or 12 years now. So when you open the batting, you've got to get out to someone eventually," the Australia captain said.

"He probably has my number, no doubt. I still feel as though I've still got a really solid game plan. I think there's some technical things that I can do to a left-armer that can help that.

"I think at times I've probably been a little bit more negative towards left-armed bowlers. You almost bat trying not to get out as opposed to being really proactive. So there's all that to consider and take into tomorrow."

Williamson though is not getting carried away by this match-up alone and stresses on the importance of doing their homework for every player.

"He'll be bowling with the new ball, Trent, and I suppose Finchy will be opening. So I guess there's a likelihood that they'll come across each other," the Blackcaps skipper said.

"But, yeah, same thing for us. We're looking to do our homework as best we can, but ultimately just commit to our plans that we want to do as a team and go out and play with that freedom with which you come to these sorts of events. There are match winners throughout, and Finchy is absolutely one of those, and so is Trent.

"There will be a number of great contests throughout this tournament. Anybody can beat anybody. It certainly makes way for a pretty exciting event."

With rain set to play a huge part, both teams maybe forced to make last-minute changes in case overs are reduced. Finch says his side is prepared in case of such an event.

"Yeah, you always play through your preparations trying to go through as many scenarios as you can to make sure, if it does come up, you're already planned and prepared for it and nothing catches you off guard," the Australia captain said.

"If there is rain around and the game shortens, that can dictate what you do with your team, but we're really confident that all the stuff that we've done in the lead-up to this, that there's enough bases that we can cover with our squad."

Finch also confirmed the nature of Josh Inglis' injury, confirming that there wasn't any tendon damage.

"That was a freak accident. I was playing in Josh's group, and I feel so bad for him because we all -- Maxy had played his shot, and then Josh hit. We didn't realize the club broke. We just thought he hit it poorly, and we looked down, and there was blood everywhere," Finch explained.

"So that was a freak accident. His clubs must have gotten damaged while travelling or something like that. But it was pretty distressing for a little bit, especially with all the unknowns. When we got the news there was no tendon damage or anything, that was a big relief.

"Disappointed he missed out on another opportunity to be part of the squad for the World Cup."

Barring Daryl Mitchell, there are no injury concerns for New Zealand, while Australia have everyone fit and available for selection for the first game of the marquee event.