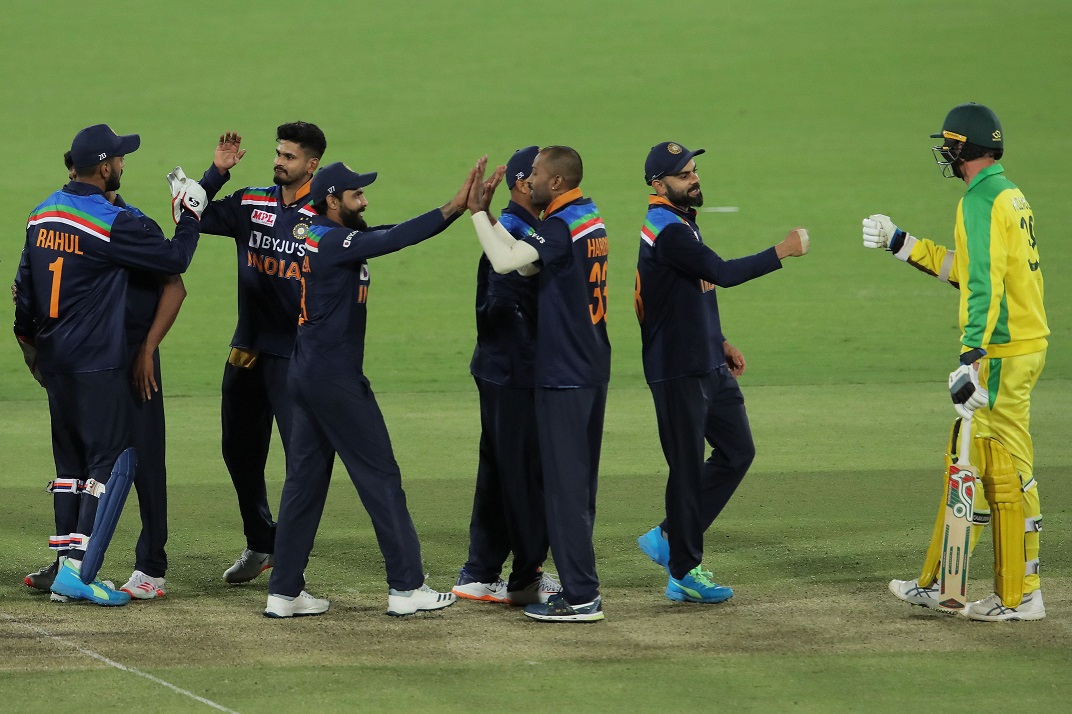 Hardik, Jadeja stitched a 150-run stand while Thakur and Natarajan chipped in with crucial wickets

Well-timed composure and fearlessness from India’s lesser-celebrated batsmen along with variety offered by pacers of different skill set gave India their first win on the tour.

India’s traditional ODI approach at the top, ingrained in the outdated method of building an innings handed the initiative to Australia early on. It took a 150-run unbeaten stand between Hardik Pandya and Ravindra Jadeja to help India breach the 300-run mark.

During Australia’s chase, the usual suspects kept offering chances to Australia in the field. But, India’s pace attack comprising of Shardul Thakur and T Natarajan along with Jasprit Bumrah broke away from the monotonicity of one-dimensional troika in the first two games.

The unorthodox valour of Glenn Maxwell kept the game tight. But, dying by the sword, a moment of hyper aggression from him cost him his wickets and denied Australia a chance of a clean sweep in the ODI series.

The bits and pieces show

It was a match that puts to rest two questions. First, bowling-fit or not, Hardik Pandya is developing into a player whose name will be among the first on the team sheet for the next few years.

Second, Ravindra Jadeja has come off age as a batsman and is now a proper all-rounder. While India have a few spots to fill, the players at six and seven have proven themselves evolved to blend in with the style of cricket needed in white-ball cricket in this age.

By the end of the 32nd over when India lost Virat Kohli, they were reeling at 5/152 and the innings seemed to go nowhere. As the last-recognized pair, the perceived careless batsmen added 74 runs in the next 13 overs batting with maturity that the batsmen above them lacked.

There wasn’t an over from the first 44 of the Indian innings that did not have a dot ball in it. This changed in the 45th post which the innings went into overdrive as the duo added 76 runs in the last five overs.

Hardik was 15 off 29 when he scored his first boundary in the 35th over. He progressed to 59 off 61 at the start of the 46th over. He finished at his career-best 92* off 76 balls, scoring in his patent fashion of getting deep inside the crease and tonking the pacers.

Jadeja hit three sixes and three fours in space of seven balls in overs 47th and 48th to reach 66* off 50 from 26 off 37. He was severe to anything short highlighting a marker improvement in his batting technique.

The task was not over for Jadeja as he played a crucial role with the ball and in the field. First, he gave Australia the biggest blow of the night when Aaron Finch – two drop chances and a missed run-out later – failed to clear long-on in the 26th by Jadeja.  Having ridden his luck throughout the game, Finch almost got another life as Shikhar Dhawan – who dropped him earlier in the slips - juggled with the ball before catching. Then, in the 31st over, standing at deep backward square leg, Jadeja covered ground to hold onto a dipping ball to dismiss the debutant Cameron Green.

It was Jadeja bowling the 38th over that dealt another blow to the Aussies though this time, he had a minor brain fade. Missing the sweep, Carey set-off as the ball rolled to the square leg fielder. Before he could turn and reach back, Kohli had collected the ball and threw it to KL Rahul in time to knock the bails off.

In the middle period of Australia’s innings, Shardul Thakur lifted India on his own. Making his cross-seamers talk, getting wickets in each spells - none bigger than that of Steve Smith - and troubling the debutant, he has raised the standard of India's bowling attack.

After toils in the last two games, India saw a rare event of Smith falling early - caught down the leg side for seven in Thakur’s second over, the 12th of the innings

Living a charmed life, Finch along with Moises Henriques threatened India with regular boundaries. Thakur changed the picture in his second spell after Henriques failed to get the elevation on the pull and failed to clear midwicket in the 23rd over.

Thakur tested the outside edge of the debutant Green with away-moving cross-seamers. His knuckleball brought about the end of another youngster, Sean Abbott, who top-edged it to Rahul in the 47th over

A tale of three halves for Natarajan

For Natarajan, his debut involved a tale of three spells. Two memorable ones sandwiched between a forgetful one.

India managed to break their wicket drought in the Powerplay helped by the inclusion of Natarajan. For Australia, the break-up of their elite opening pair hurt them as Marnus Labuschagne went too hard to a length ball only to be played on.

In the same over – the sixth of the innings that was an eventual maiden - Natarajan tested Smith from around the wicket, squaring him at times.

Making his name through exceptional bowling at the death in IPL, Maxwell treated Natarajan with disdain when he was bowling around the 40-over mark. The Aussies collected 32 runs off his two overs – 40th and 44th – as Maxwell picked the lengths early to assert himself.

This was a phase of five overs when Maxwell changed the complexion of the game. From overs to 40-44, Australia scored 51 runs and brought the asking rate down to about run-a-ball.

With 35 needed of 34 balls, it took the brilliance of Bumrah to bring India back. With a manageable asking-rate and Bumrah bowling his second last over, Maxwell could have played him out with caution. Instead, he took the aggressive route to make room to carve out a pin-point yorker that disturbed the furniture behind him.

Executing his yorkers to the batsmen who followed, Natarajan gave 8 runs in his last two overs while also adding a second wicket to his name, that of Ashton Agar. 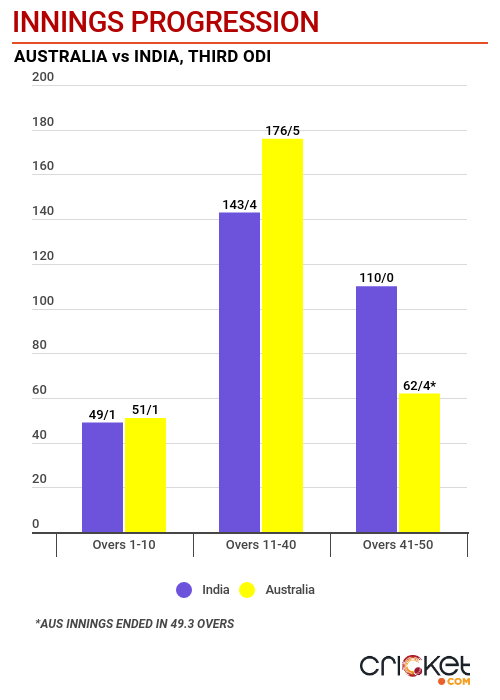 Gill was good while he lasted

Before the Hardik-Jadeja show, it will be unwise to say that there wasn’t any flair in India’s batting. While Kohli and Shubman Gill were batting together, it seemed like the same batsman is operating from both ends.

After Shikhar Dhawan opted to take the strike first – he is sure to go back to his old ways after a failure today – and Aussies opting to ball with Maxwell with the new-ball, Gill faced as Australian pacer for the first time in the fifth over. He creamed Hazlewood's half-volley with astute balance and brilliant bat position through mid-on for his first boundary.

Back among the runs, Kohli hit a crisp boundary down the ground to get his boundary counter running. He then attacked the 6'7'' Green, pulling him for a four and then chipping him between mid-on and midwicket after he overcorrected.

Gill followed Kohli’s suit in Green’s next over, 11th of the innings. Showing impeccable balance and grace, he pulled him in front of square and hit a straight drive to collect consecutive boundaries.

Gill looked good while playing straight but perished while targeting square boundaries against Agar. Missing a sweep, the ball hit his pads in line with the stumps.

After some crisp shots in the Powerplay, lack of pace on the ball subdued Kohli. Frequent wickets did not help his aggression either. He did become the fastest to 12,000 ODI runs but he will end the year without an ODI century against his name. The year 2020 is odd! 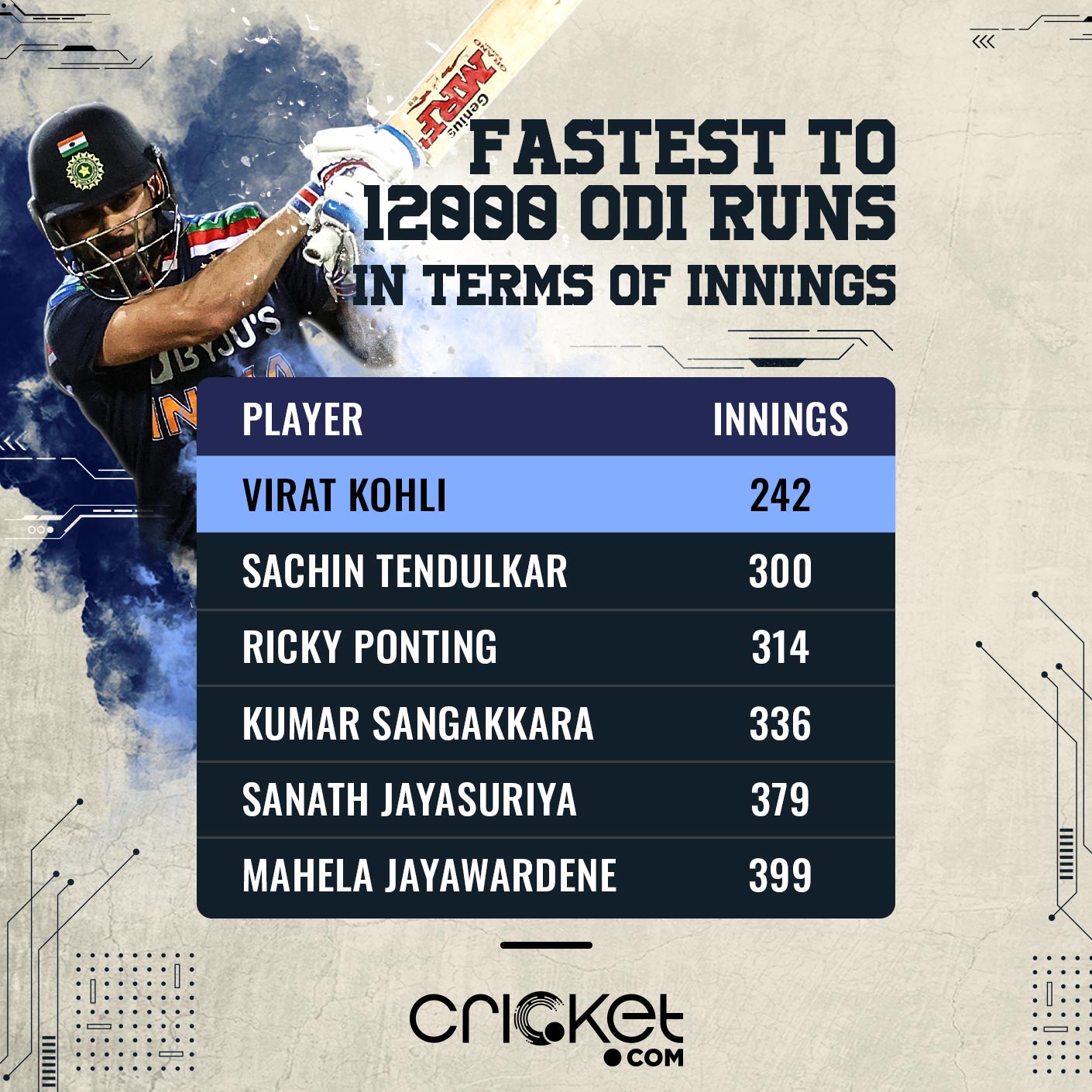 It turned out to be the night when Australia’s spinners trumped their Indian counterpart while India’s pacers outdid the Australian ones.

Agar who sees Jadeja as his role-model proved to be India's nemesis. While picking two wickets, he dried up the runs. Till the second last ball of his spell, he gave away no boundary. Even the solitary one came off an edge of Hardik Pandya's bat

While Kuldeep Yadav used the wicket well and bowled slow to keep the batsmen guessing, Maxwell’s counterattack ruined his figures. 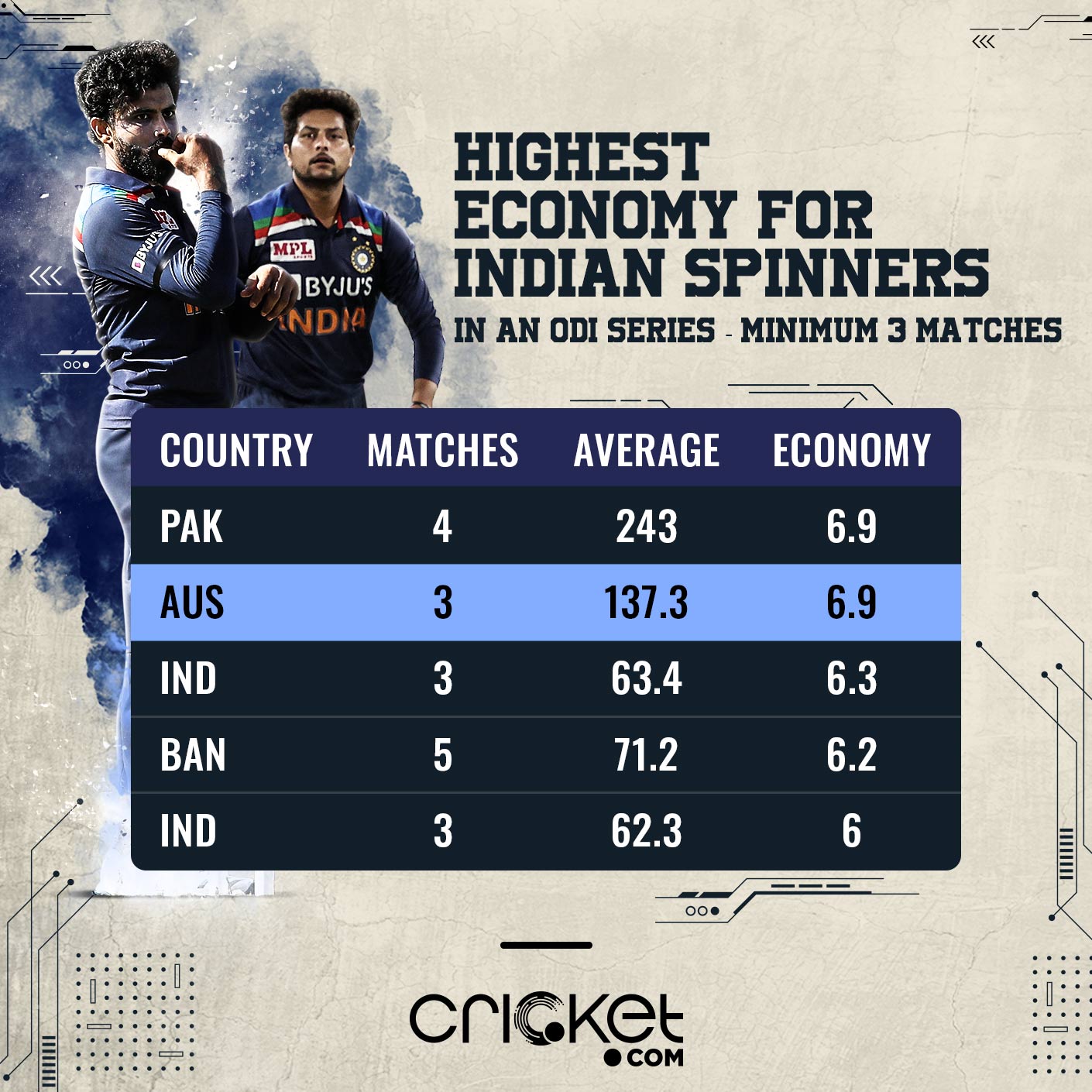 It is for everyone to see that a wicket with some help for the bowlers provides for a better contest. This ODI also made clear the difference that a couple of changes in the best XI can create. As for the advantage of the toss, it is a never-ending debate.