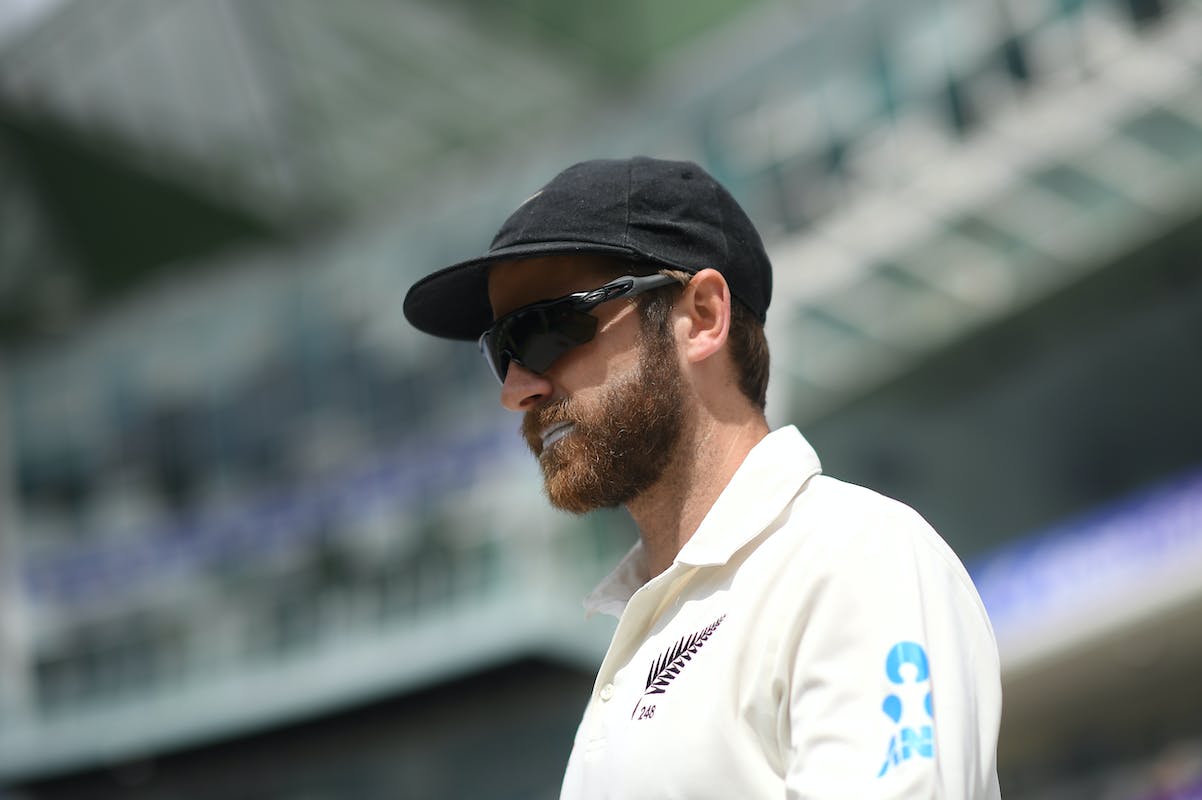 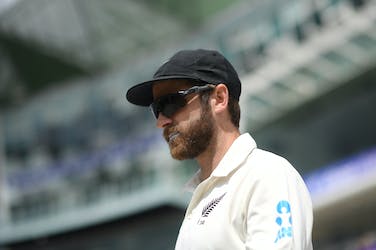 End of an era, as one of New Zealand's greatest captains steps down

Kane Williamson has been a central figure in New Zealand Cricket’s rise and him stepping down as the Test captain is indeed an end of an era. He took over the mantle from someone like Brendon McCullum, who left the arena as someone who had changed the face of New Zealand cricket with his attacking and flamboyant style of gameplay and leadership – a trait that he has instilled extremely well in the England Test side as they have gone on a rampage since he and Ben Stokes took charge.

Winning the World Test Championship (WTC) last year may very well be the highlight of the six-year reign, but what Williamson brought into this team a sense of calmness that is unmatched. A team that celebrates the big ones and is also gracious in defeat. Williamson is New Zealand's most successful captain in terms of Win/loss ratio (2.20). His 22 wins from 40 Tests in charge is only behind Stephen Fleming who had 28 wins from 80.

The win over Pakistan in the UAE, beating Sri Lanka away and not losing a home series in over five years is also equally commendable achievements, but for Williamson, the added responsibility of leading the side also brought out the best in his batting. 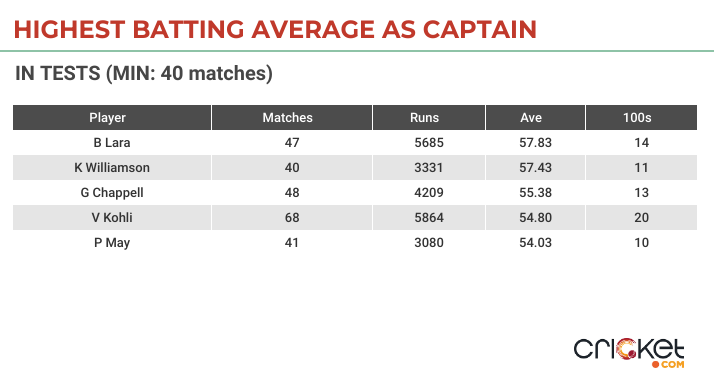 A lot has been spoken over the years over Williamson’s partnerships with Ross Taylor. While the duo were the most prolific stand for New Zealand in Tests, Tom Latham’s hand in keeping the ship afloat should not be brushed under the carpet. He led astutely in Williamson’s absence and also churned out the runs more often than not.

In fact, since Williamson took over as Test captain, the Williamson-Latham duo has churned out the most runs together – 1,689 at 49.61 – putting on over 50 on 12 occasions. 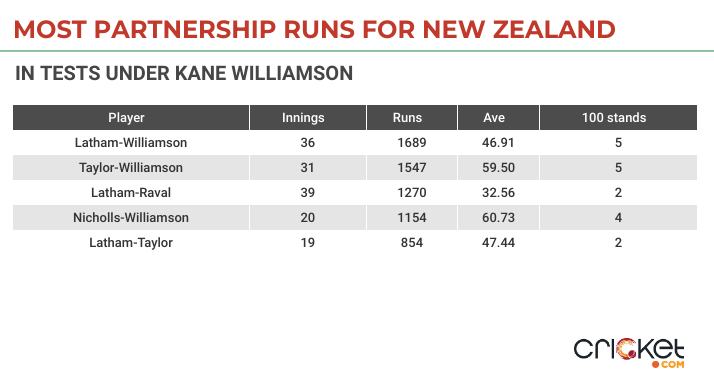 Latham, who will continue to be the No. 2 in the Test side behind Tim Southee, will surely have a similar role to play as the Blackcaps usher in a new era. Williamson’s name as far as New Zealand Cricket is concerned, of course, will be taken in the same breath as Martin Crowe, Stephen Fleming, Richard Hadlee and also McCullum – for in their own way, they brought in new caveats to the sport in their country.

However, many feel that Williamson stepping down from Test captaincy was perhaps not needed. Especially at a time when his white-ball credentials, especially T20s form have taken a massive hit. One wonders if Williamson would even be in the T20I side if he wasn’t their captain.

While New Zealand Cricket (NZC) have not offered any clarification on that front, they perhaps want to stick with Williamson in white-ball cricket at least till the World Cup next year. With not many T20Is scheduled in the build-up to it, the announcement has been delayed, but it seems to be imminent.

England benefitted from Root playing as just a batter with Stokes taking charge. He has played with the utmost freedom, especially in Tests, and has brought into the idea of ‘Baz-ball’ which has made England so successful over the last few months. There isn’t going to be such a massive overhaul in the New Zealand setup but Williamson will yet continue to be a key figure.

His elbow injury has kept him in and out of the team for some time in the recent past. With this move, he could perhaps be given an opportunity to pick and chooses matches, especially Tests, given that New Zealand have the World Cup next year and would not want to risk their captain.

Williamson was earmarked for a great career ever since his century on Test debut and he has lived up to the hype. As he nears the fag end of his career, the move to relinquish captaincy could very well reignite a career where he is just a couple of hits away from becoming the leading run-getter in the format for his country.

This seems to be the best time for a fast bowler to lead in Tests. Pat Cummins took charge recently and has been highly successful, India were led by Jasprit Bumrah in a Test at Edgbaston against England and New Zealand too have gone the same way. Only time will tell if it is the right one.