Dhawan’s spot under threat, but how do you now leave out Iyer? 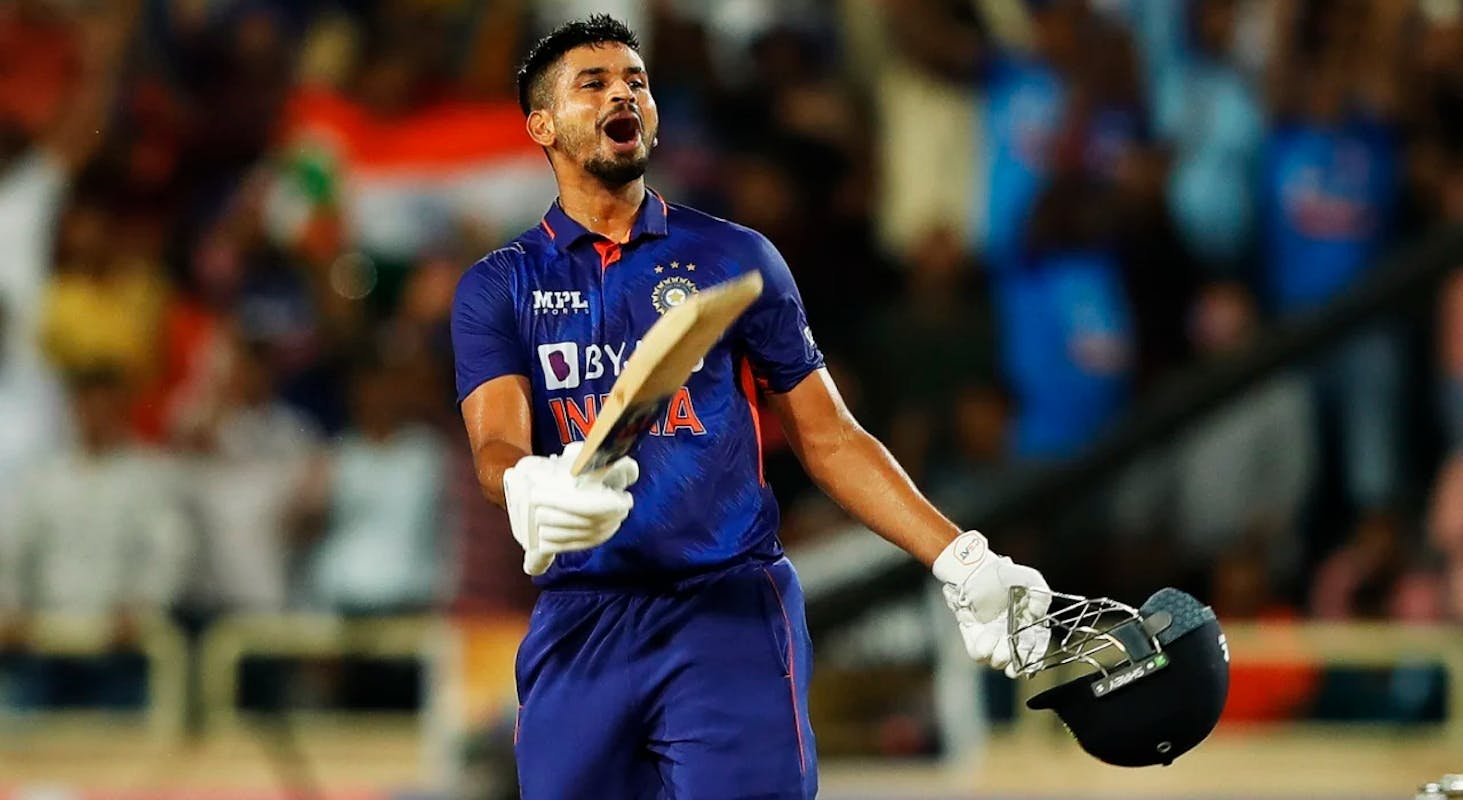 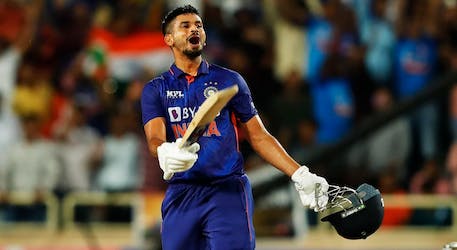 Dhawan’s spot under threat, but how do you now leave out Iyer?

Too many spinners in India’s arsenal

The 2023 50-over World Cup will be played in India and the Men in Blue have a plethora of spinners to pick from. As of now, Chahal and Jadeja seem like certain starters but they can’t take their spots for granted. With Jadeja injured and Chahal, Axar and Ashwin in Australia for the T20 World Cup, the likes of Kuldeep, Washington, Shahbaz and Bishnoi got some game time against South Africa. Bishnoi, who is part of India’s reserve list for the T20 World Cup, only played one encounter but the former three did no harm to their reputation. 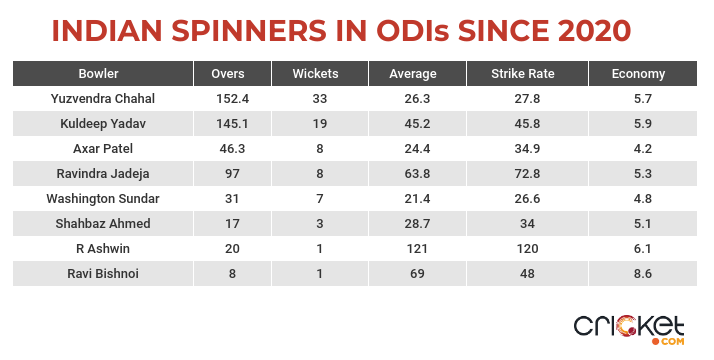 You would need three spinners in these conditions and the Indian management would want at least two of them to contribute with the bat. Chahal has phenomenal numbers in ODIs since 2020 and his partner-in-crime Kuldeep too has been impressive since making his comeback from an injury. The left-arm wristspinner has 11 wickets in seven ODIs this year but it would come as a big surprise if we see the return of KulCha considering both of them can’t bat.

You can only have one of Jadeja or Axar in the XI, making Washington the favourite to take that remaining spot. The offspin-bowling allrounder does have an ugly history with injuries, but if he can keep himself fit, the 23-year-old could prove to be a massive asset. Making his return to the Indian side after a spate of injury setbacks, Washington looked rusty in the second ODI but scalped 2/15 in the series-decider. He can bowl with the new ball, bat anywhere in the batting order, and his presence alongside Hardik Pandya and Jadeja would give India a lot of balance.

Siraj stamping his authority in ODIs

We don’t know if Mohammed Siraj will be Jasprit Bumrah's replacement in the T20 World Cup or not but the 28-year-old paceman is making quite a name for himself in the 50-over format. He might not travel to Australia but could partner Bumrah in the 2023 World Cup. In ODIs this year, Siraj has claimed 18 wickets in 12 encounters at an average of 24 and an economy rate of just 4.5. 12 of those 18 wickets have come in the powerplay, which is the most by a bowler from top-10 ranked teams.

Siraj was horrible in the last edition of the Indian Premier League but has been outstanding since then. He had the best economy rate among pacers on both sides during the three ODIs in West Indies - 5.1 runs per over. Even in this series, Siraj had the best economy rate (4.52) amongst all bowlers. The right-armer didn’t get a single wicket in the first ODI but was phenomenal in the death overs, conceding only seven runs in his last three overs. In Ranchi, he snapped 3/38 in 10 overs and then ended the series with figures of 2/17. He can swing the new ball and then hit those yorkers at the back end, Siraj seems to be moving ahead of his competitors. 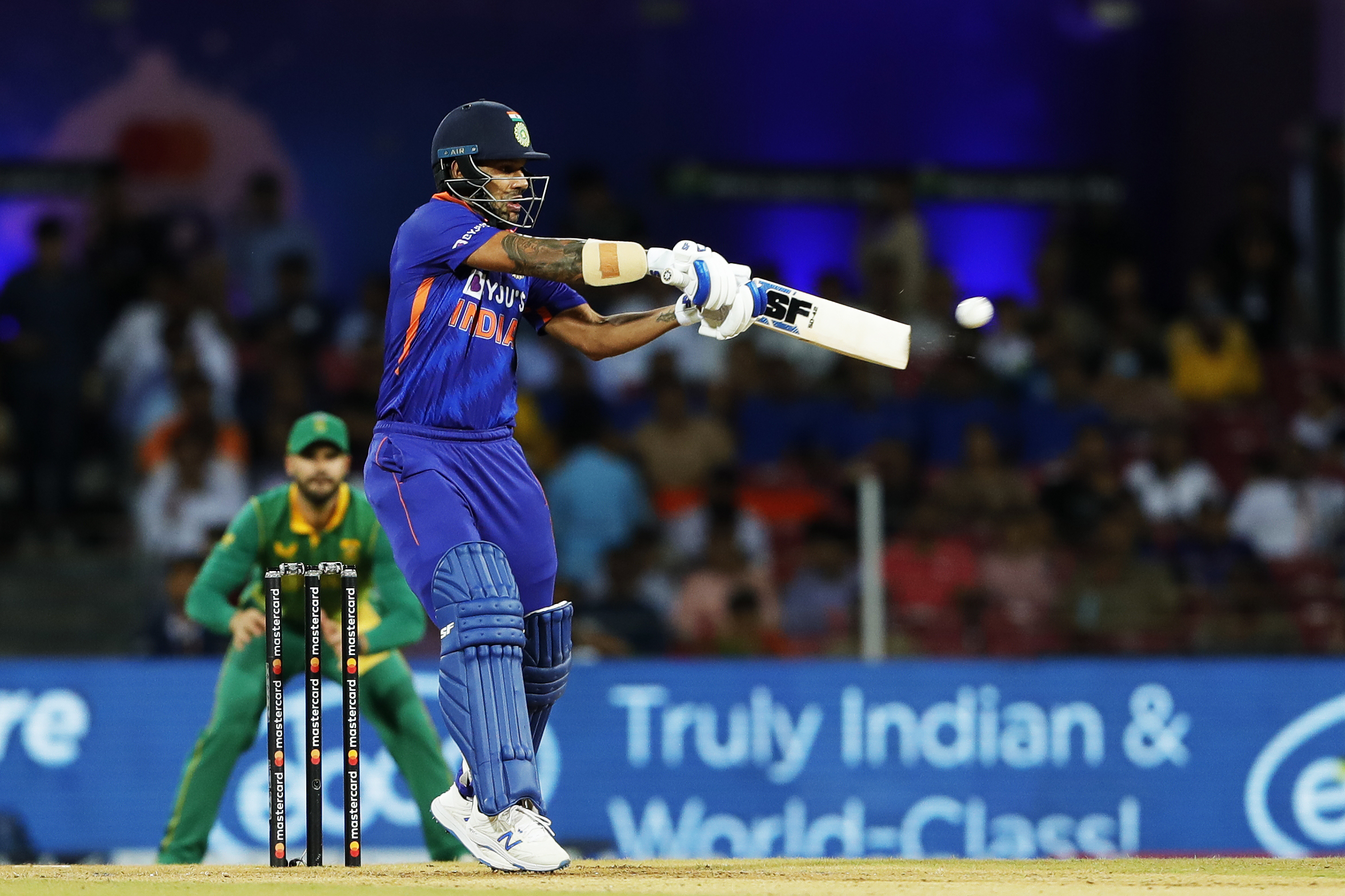 Amongst openers from the top-10 ranked ODI sides, Dhawan has the third-worst strike rate after Janneman Malan (68.9) and Shai Hope (74.2) - a minimum of 200 runs in 2022. In fact, he hasn’t scored a single century since that 117 against Australia in the 2019 World Cup. He only managed 25 runs in these three ODIs at 8.33, which is his worst average in an ODI series where he has played three innings or more. Then there is someone like Shubman Gill who is averaging 57.90 with the bat and has a strike rate of 102.65 in 12 ODIs he has played so far. India also have the option of moving KL Rahul back to the top and getting one of Shreyas Iyer or Suryakumar Yadav at No. 4.

Iyer deserves a place in the main XI

The flamboyant right-hander from Mumbai has mastered the art of playing ODIs. After 30 innings, he's averaging 48.11 and striking at nearly 100. That's elite in itself. But take into account his recent form and it's absolutely bonkers: four fifties and an unbeaten hundred across the last seven innings, a total of 432 runs accumulated at an average over 86.4. In this series, Iyer smoked 191 runs at a strike rate of 111.69 and was dismissed only once. With the kind of form he is in, it would be extremely difficult to keep him out of the XI even when all the main players return.